Since the day Gary Forbis of Fillmore told me that he had a family relationship to the Sullivan Brothers, I have had the “want” to know more and waited for him to expand on this relationship.

From what Gary had told me, the five brothers, born and reared in Waterloo, Iowa, all served aboard the same vessel and died together when ship was torpedoed. Their only sister, Genevieve, had married Gary’s relative, which means we have a Fayette County connection to this family.
When I looked into the Sullivan family, I found that sister Genevieve married in 1947 to Murray Wilson Davidson, who was born in Ramsey, son of Hiram and Martha Todd Davidson. Other Fayette County family connections include the families of Chilson, Casey, Womack, Williamson and Halford.
Sullivan brothers George and Frank were veterans with George, discharged on May 16. 1941, and Frank discharged 11 days later.
Many of their friends remained in service, and when the Japanese attacked Pearl Harbor, a friend of their sister, Genevieve, was aboard the U.S.S. Arizona and killed.
It is said this was the driving factor that caused the brothers to make the decision on Dec. 7, 1941, to join the service. The Des Moines Register reported on Jan.4, 1942: “The five Waterloo brothers who lost a ‘pal’ at Pearl Harbor were accepted as Navy recruits yesterday at Des Moines.
"All passed their physical exams with flying color and left by train last night for the Great Lakes (Ill.) Naval training station.”
The five Sullivan brothers were: George Thomas Sullivan, age 27, born Dec. 14, 1914, gunner’s mate second class; Francis ‘Frank’ Henry, age 26, born Feb. 18, 1916, seaman; Joseph “Joe” Eugene, age 24, born Aug. 28, 1918, seaman second class; Madison ‘Matt’ Abel, age 21, born Nov. 8, 1919, seaman second class; and Albert ‘Al’ Leo, age 20, born July 8, 1922, seaman second class.
When the Sullivan boys enlisted on Jan. 3, 1942, it was with the stipulation that they serve together. The Navy had a policy of separating siblings, but the Sullivan brothers took their case to the Department of the Navy. The two eldest brothers were veterans and they told the Navy, “We stick together.”
All five were assigned to the light cruiser USS Juneau.
The cruiser was employed in the Guadalcanal theater, and early in the morning of Nov. 13, 1942, during the Naval Battle of Guadalcanal, the USS Juneau was struck by a Japanese torpedo and forced to withdraw
Later that day, as it was leaving the Solomon Islands, it was struck again by a Japanese sub I-26; the ship exploded and quickly sank.
Capt. Gilbert C. Hoover, senior officer present in the battle-damaged task force, was skeptical there could be any survivors of the Juneau, although there were 100 survivors in the water.
Under radio silence the crew’s report of the location of possible survivors were mixed in with other pending paperwork actions and went unnoticed for several days.
Eight days after the sinking, 10 survivors were found, and they reported that Frank, Joe and Matt had died instantly, Al drowned the next day, and George survived for four or five days before suffering from delirium and a result of hypernatremia, and went over the side of the lifeboat and was not seen again.
Before the arrival of Navy officers at their door, Tom and Alleta Sullivan, who had not received letters from their sons for a while, had grown more worried.
On that day, Jan. 12, Tom was getting ready for work when there was a knock at the door.
A lieutenant commander, a doctor and a chief petty officer stood on the threshold. Tom asked,  “Which one?” and the officer replied, “I’m sorry – all five.”
As a direct result of the deaths of the five Sullivan brothers, the U.S. War Department adopted the Sole Survivor Policy. Two destroyers were named for the boys, with their mother christening the first ship. The motto for both was “We stick together.”
Sister Genevieve joined the WAVES in April 1943 and her husband, Murray Davidson, was also a veteran of World War II, having served in the European Theater.
It is worthy of note that Albert Sullivan’s son, Jimmy, who was 15 months old when his father died, later joined the Navy and served on board the USS Sullivan. 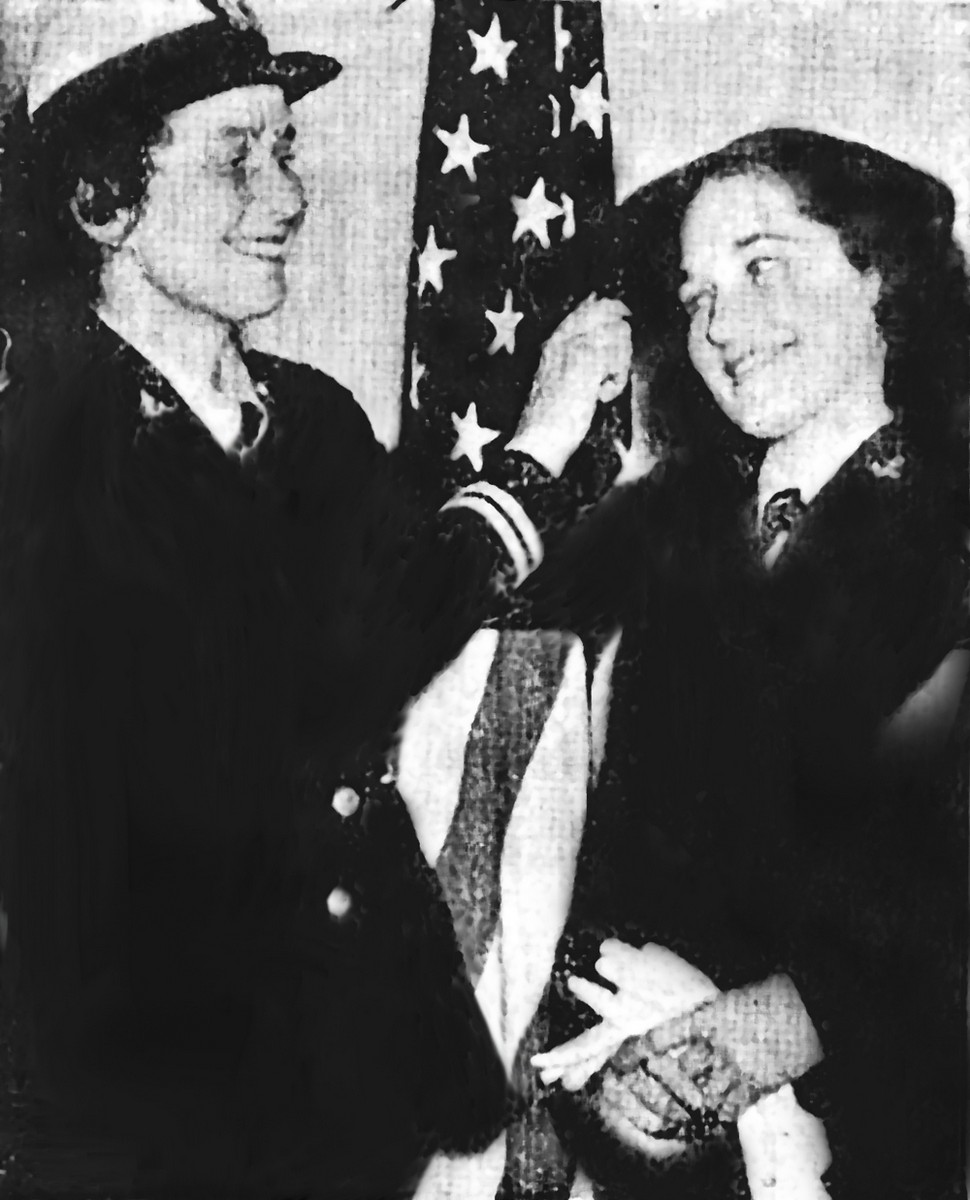 Genevieve Sullivan, sister of the five Sullivan brothers, who joined the WAVES in April 1943.