Several years ago, Flo Allen of Brownstown, president of Fayette County Home and Community Education, noticed a barrel in the foyer of the McDonald’s Restaurant in Vandalia, and that it contained pop top aluminum tabs from soda cans. When she went in later, she noticed the barrel was gone, so she asked the owner, Marty Davis about the barrel.

He explained that the tabs were collected to help fund McDonald’s charitable projects, including the Ronald McDonald Houses, which provides housing for parents and families of children who are hospitalized.
The Ronald McDonald Houses provide 24-7 shelter, food and  transportation to and from the hospitals, as well as many other services, such as laundry and telephone access. They are a home away from home while a child is in the hospital, all at no charge to the families.
In some cases, this is the only way a parent who lives out of town can be near their child, which  is such a comfort to the child.
Someone in charge is always available at the houses to help the families of hospitalized children.
Also, sometimes it is helpful to talk with other parents who are experiencing some of the things you are. There are games, books for all ages, television, etc., in a family room as well as the privacy of one’s own room for those who need rest and quiet times.
Knowing the value and importance of the Ronald McDonald Houses for families of hospitalized children, Allen talked with Davis, and learned that the tabs were still being collected, but the barrel had been removed because people were mistaking them for trash containers.
Enter Fayette County HCE
As the Fayette County HCE has always been interested in serving the community and helping with worthy causes, she brought up the idea of collecting the tabs for the McDonald Houses to the HCE Sefton Unit  (of which she serves as chairman), and the idea was accepted readily and enthusiastically by the members.
The collecting began and word of the project reached Brownstown’s elementary physical education teacher, Sandra Stine.
Enter the Brownstown Elementary Students …
… and the collecting grew by leaps and bounds, as suggested and encouraged by Miss Stine. The students, along with the staff, their families and community members, collected pop top tabs by the hundreds.
And, the Presentation
Allen and other members of the Sefton Unit were invited  to attend the Brownstown Elementary Awards Program last Tuesday,  May 16.
During the program, Miss Stine called the Sefton members to the podium and presented Allen Phyllis Pryor and LaVonne Kramer with 52.9 pounds of pop top tabs, already loaded on a wagon for transport to Allen’s nearby home by some of the students.
The collection of the Pop Top Tabs has been a project of the Sefton Unit HCE for many years and the tabs collected are given to the Sefton Unit to assist them with their ongoing project.”  The amount of tabs collected has progressively increased over the years, apparently as more have joined in the cause.
Allen has delivered the tabs to the McDonald’s of Vandalia, and much gratitude is expressed for the BES students, Miss Sandra Stine and all others who helped toward the collection and to Marty Davis and the Ronald McDonald Houses.
Allen said that the HCE Sefton Unit plans to continue the pop top tabs collection for Ronald McDonald House Charities and welcomes the continuing help of the Brownstown Elementary Students (and any other collectors of the tabs’ contributions) in an effort to help provide safe and comfortable conditions for the parents of hospitalized children at a time when children need the comfort and security of having a parent nearby.
Any aluminum pop top tab will do, such as those on soup cans and other canned goods. 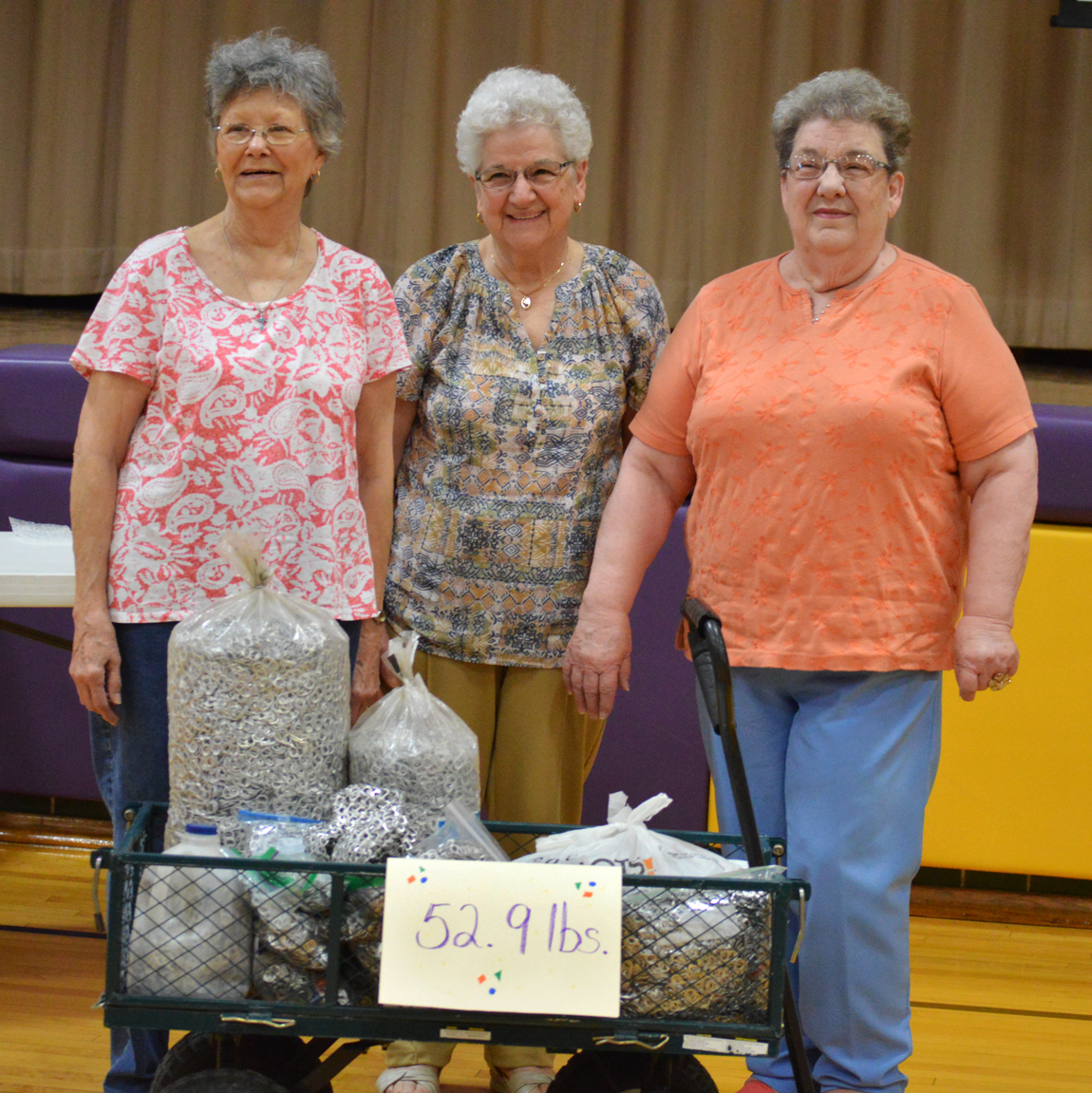