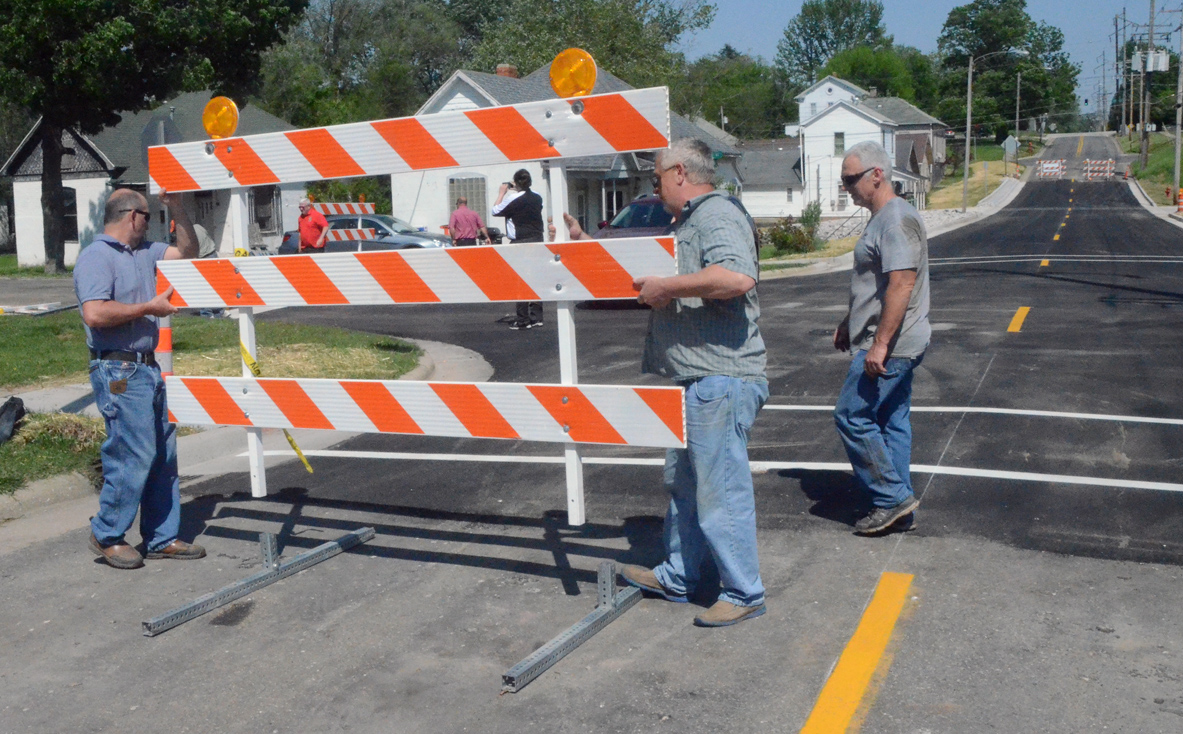 City aldermen Ken Hubler (center) and Steve Barker (right) help Vandalia Director of Public Works Marlin Filer to remove barricades at Fifth and Randolph streets, getting the road open upon completion of the project constructing two bridges at that intersection.

The Vandalia Chamber of Commerce and city of Vandalia held a ribbon-cutting ceremony on Tuesday afternoon to mark the completion of the project that included two new bridtges at the intersection of Fifth and Randolph streets. Prior to the ceremony, Vandalia Mayor Rick Gottman recognized Scott Hunt of Hurst-Roche Engineers in Hillsboro for his assistance with the projec