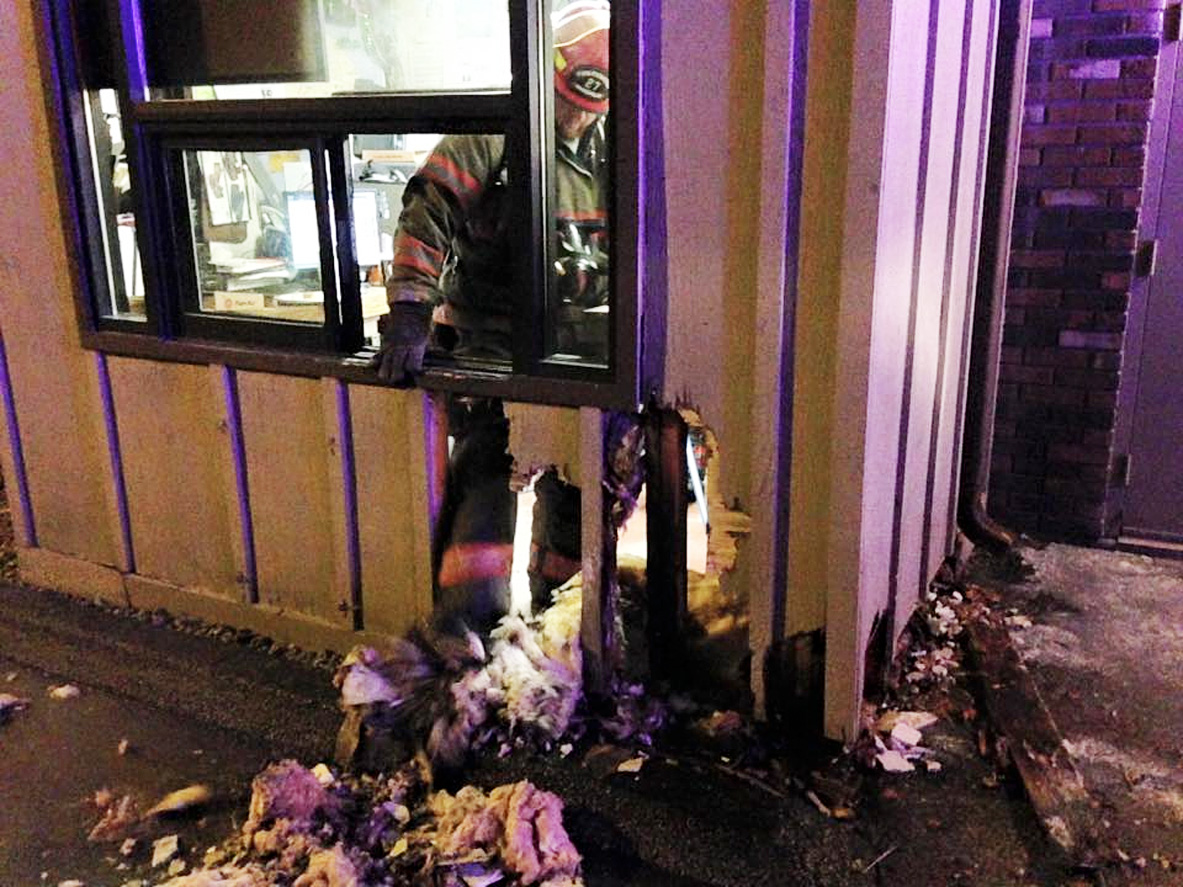 Vandalia firefighter Zac Kopp begins overhaul after firemen extinguished a fire at Pizza Hut on Monday evening. Firefighters were called to Pizza Hut at 8:20 p.m. for a report of a fire in the area of the drive-up window. Second Assistant Chief Mark Meadows initially attacked the fire with a personal fire extinguisher, then other firefighters completed the task. Nineteen firefighters were at the scene for just under 20 minutes. The cause of the fire was unknown.