The first-round winners were Jarrett Paslay, at 126 pounds, and Anthony Enlow, at 285.
Paslay advanced with a 5-0 decision over Nick Peterson of Walther Christian, then suffered a 12-3 major decision loss to Jared Van Vleet of Stillman Valley, who finished second at 126. Paslay moved to the wrestleback brackets, where he lost a 2-1 decision to Dylan Carey of Normal University High School.
Enlow defeated Jacob Gohde of Illini Bluffs, 5-0, in the first round, then lost an 8-2 decision to Taylor Fleetwood of Fulton.In the wrestlebacks brackets, Enlow was eliminated by Josh Jones of Wilmington in a 12-5 decision.
At 113 pounds, Vandalia’s Zack Stephenson lost by technical fall to Gabe Spencer of Heyworth, who ended up finishing second. In wrestlebacks, he lost by fall to Alex Friddle of Coal City.
At 120 pounds, the Vandals’ Tanner Swain lost a 12-1 major decision to Noah Villarreal of Aurora Christian, who ended up with a second-place medal. In wrestlebacks, Swain lost an 8-0 major decision to Jake Hiles of Coal City.
At 145, Vandalia’s Cody Phillips lost by fall to Nolan Baker, the eventual champion at that weight. In wrestlebacks, Phillips lost an 8-3 decision to Simon Schuler of Prairie Central.
At 160, Vandalia’s Trevor Philpot lost by fall to Drew Hoselton of Prairie Central, who finished second in that weight class. In wrestlebacks, Philpot lost by fall to Garrett Passmore of Erie, who placed third.
At 182, the Vandals’ Garret Stewart lost an 8-5 decision to Justin Carey of Mercer County. Because Carey lost in the second round, Stewart did not advance to wrestlebacks. 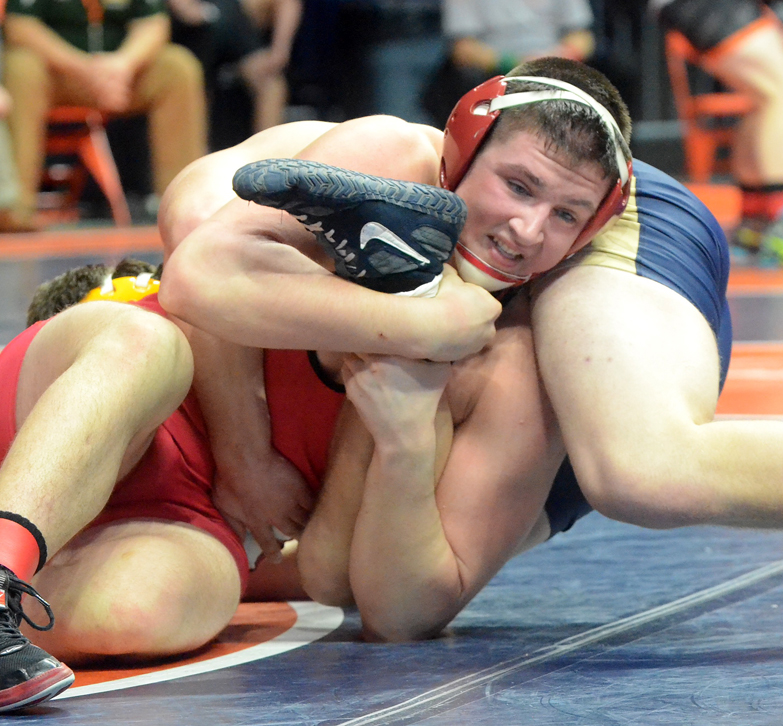 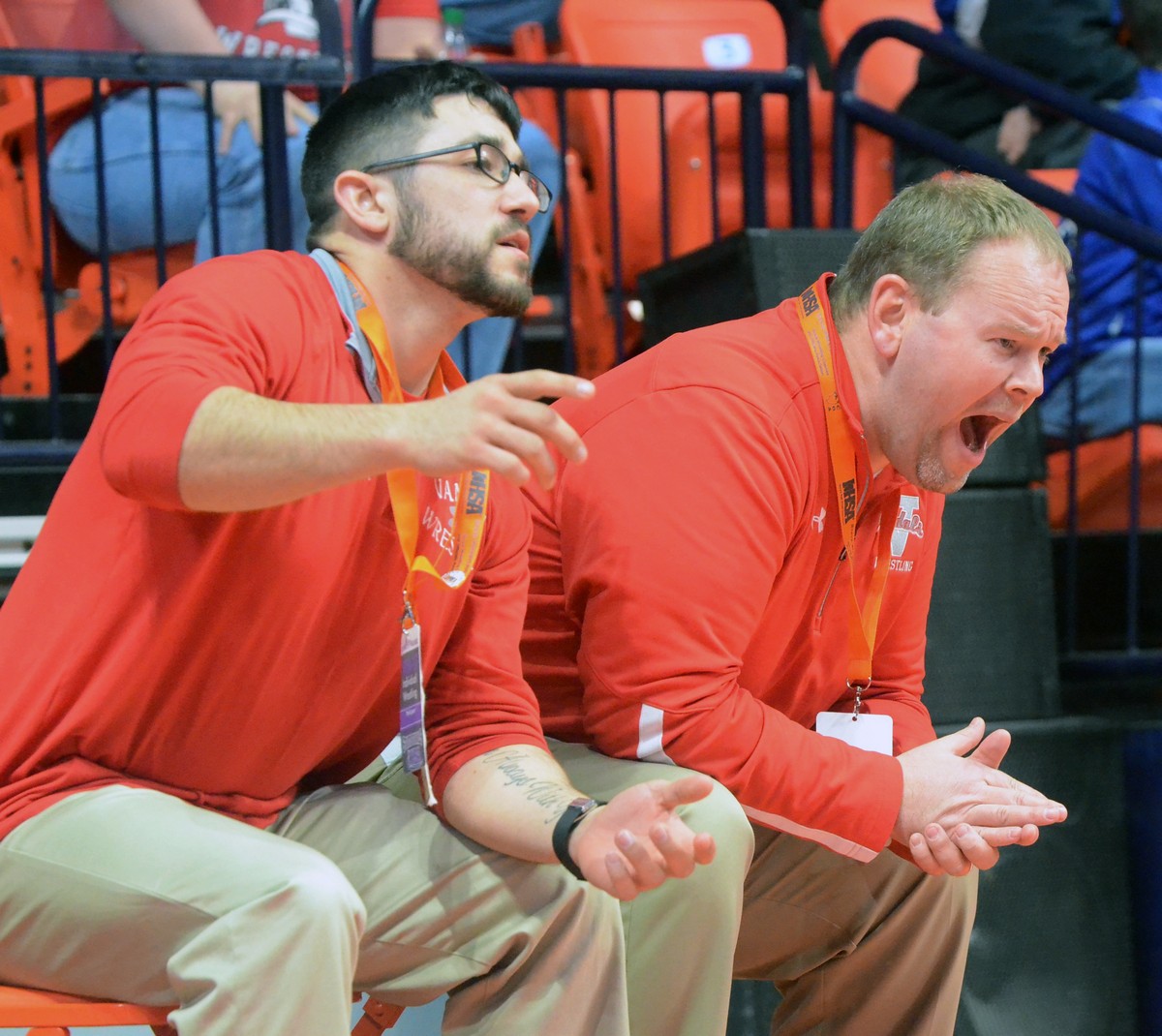 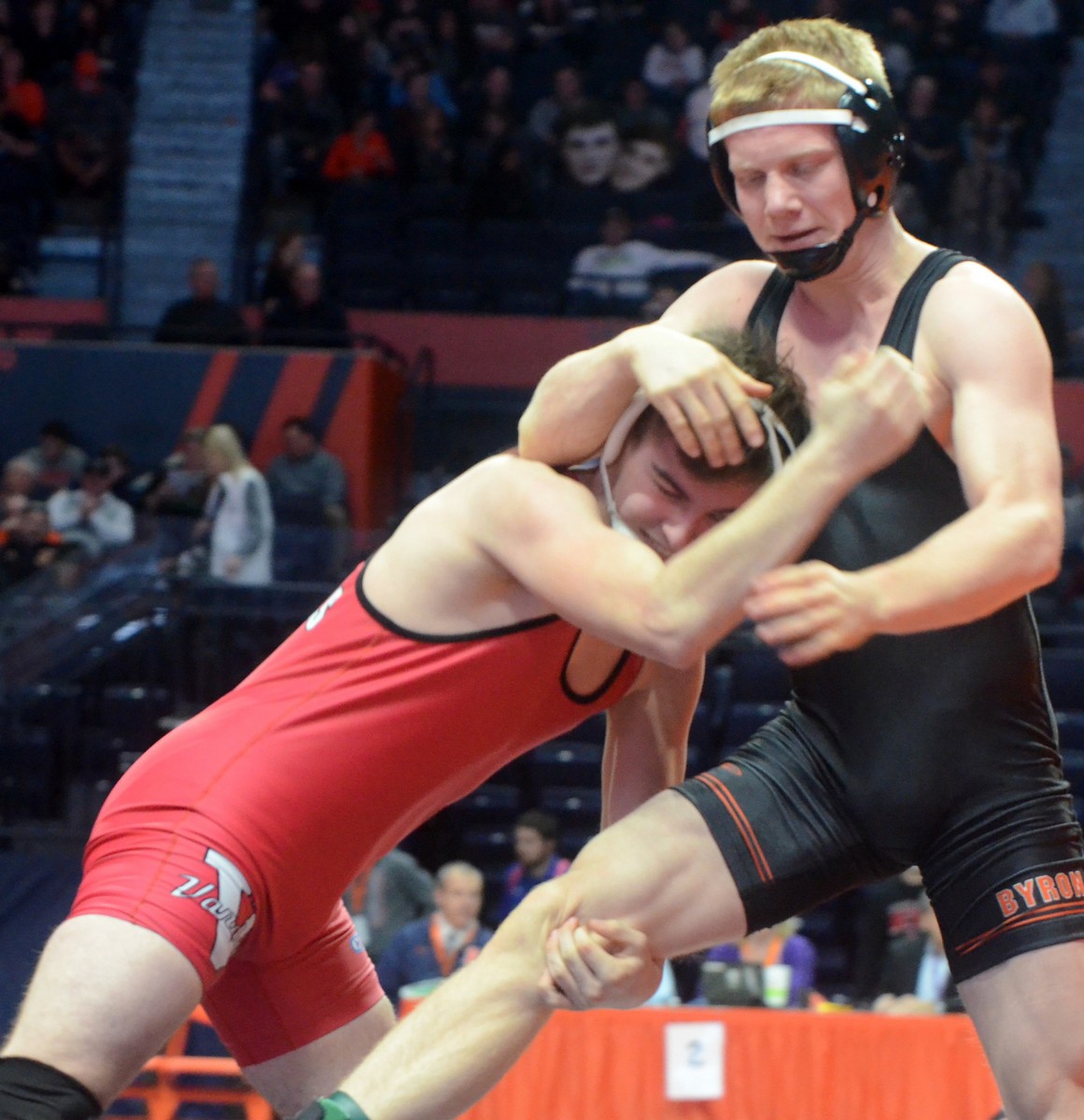 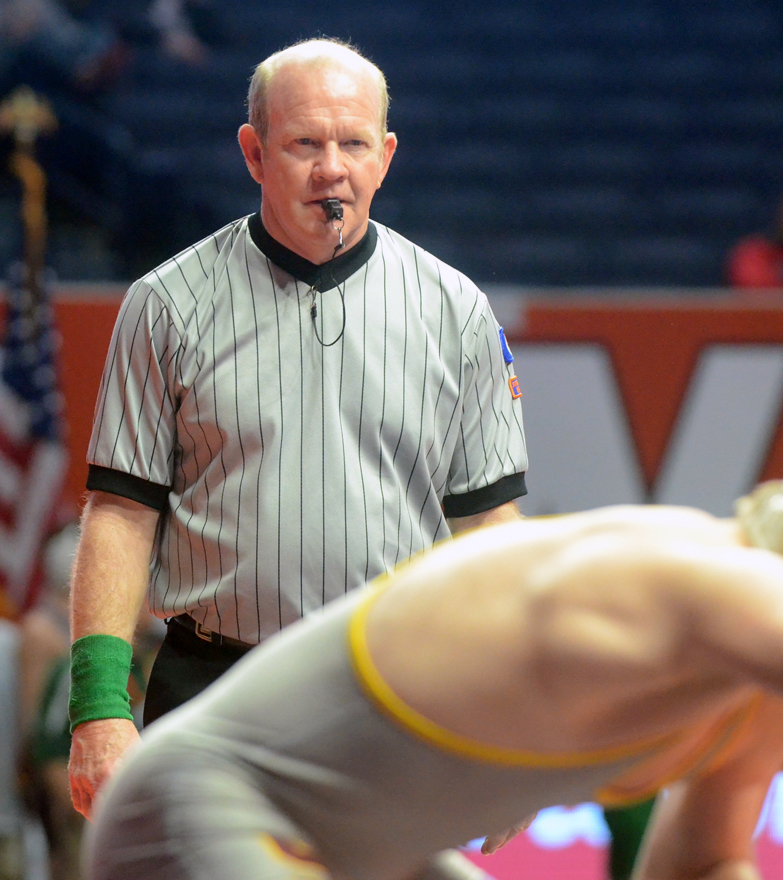 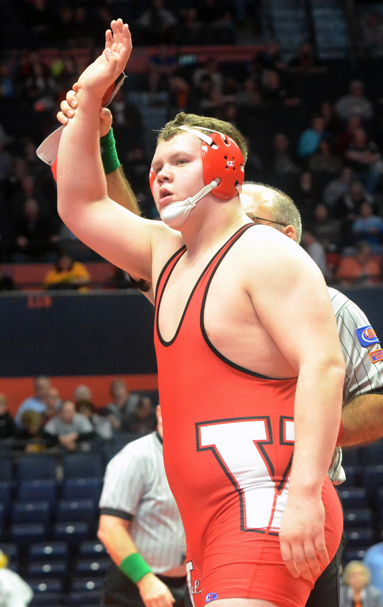 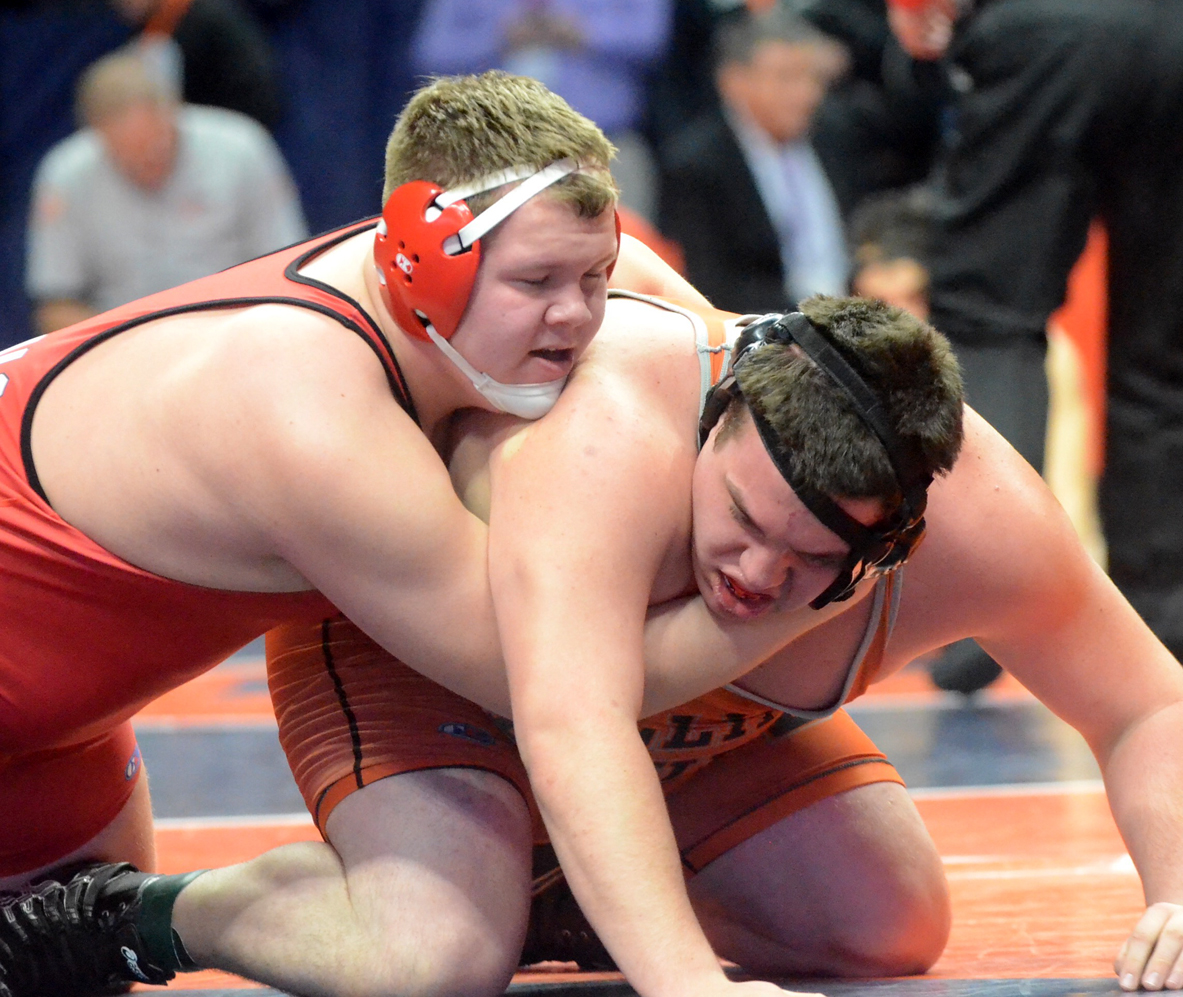 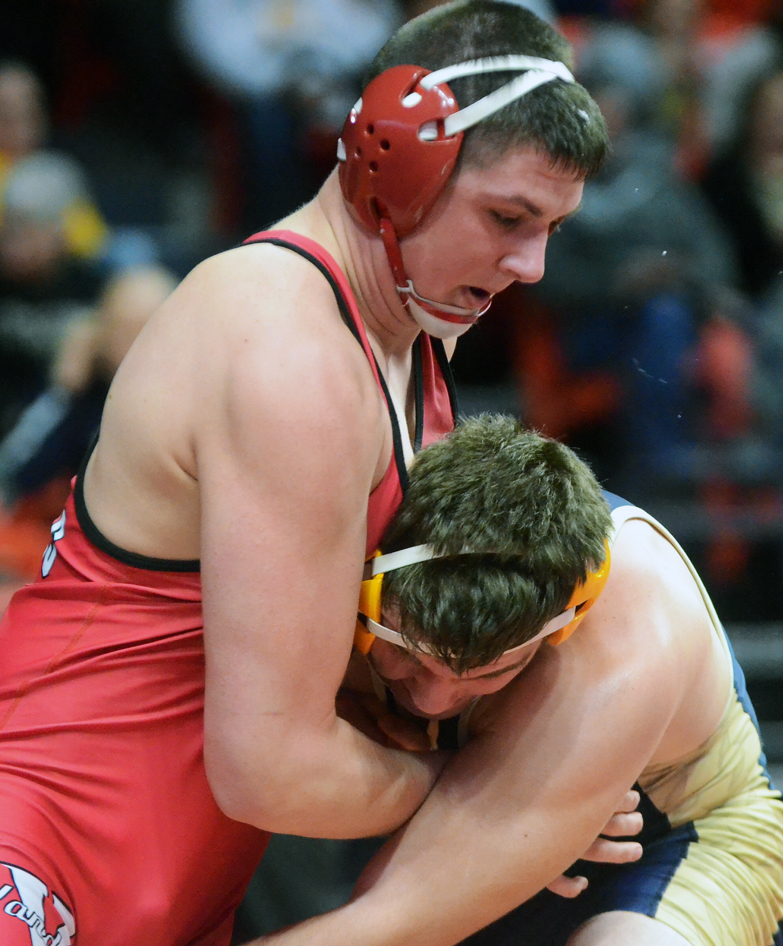 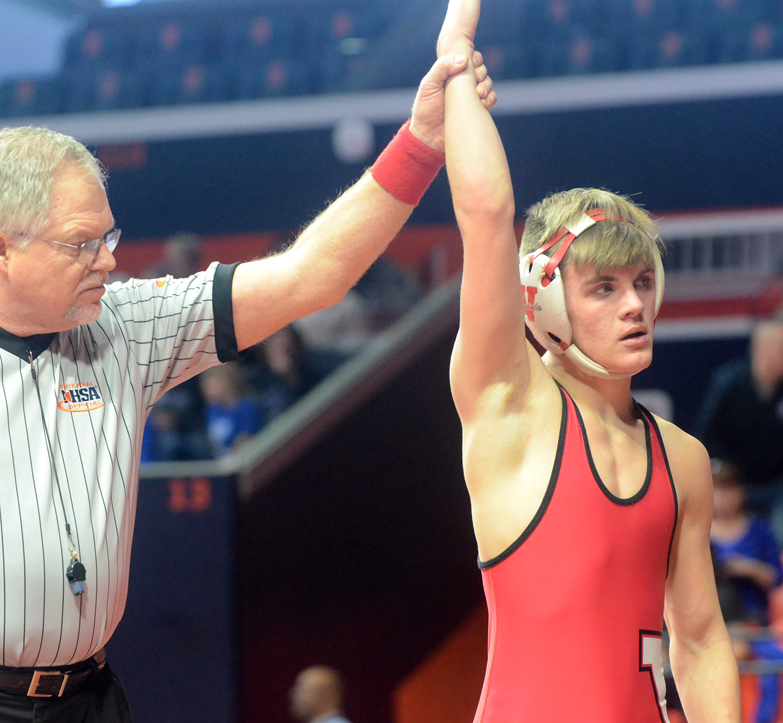 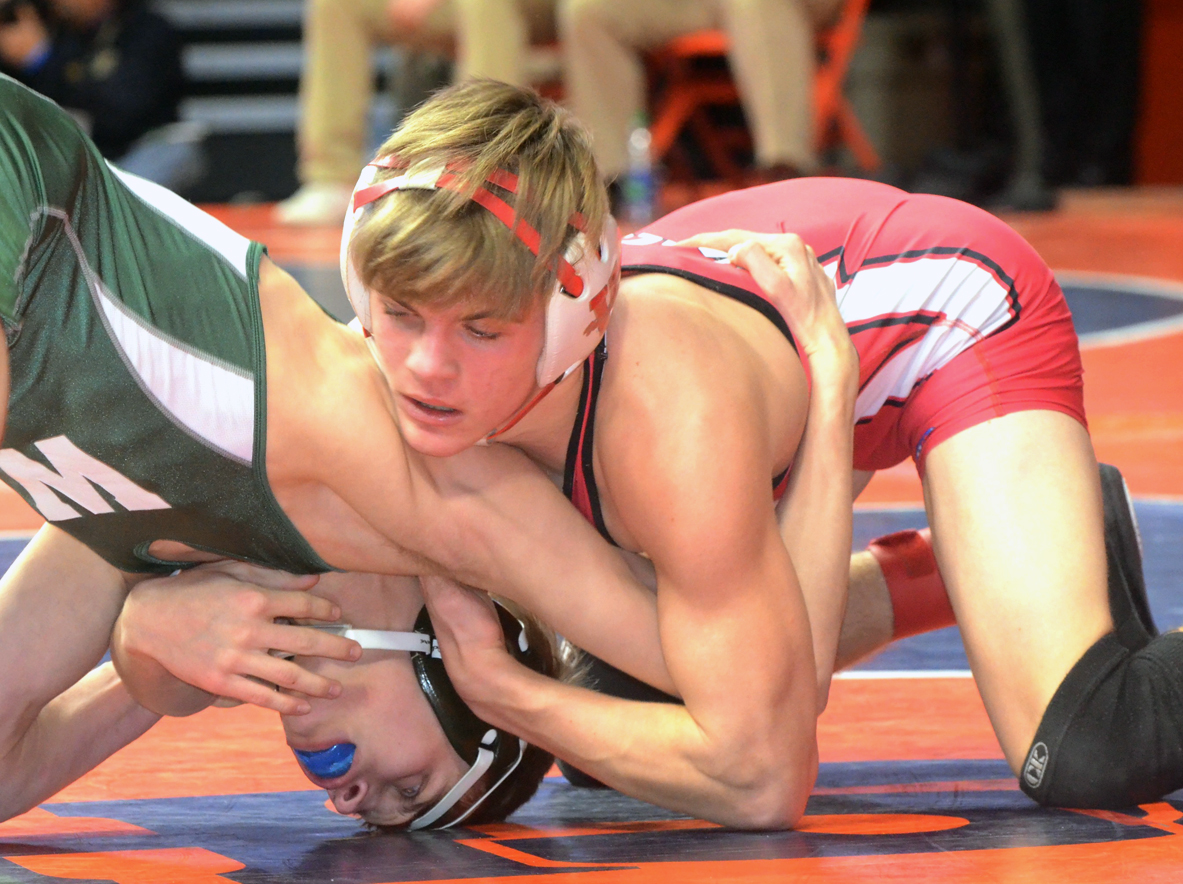 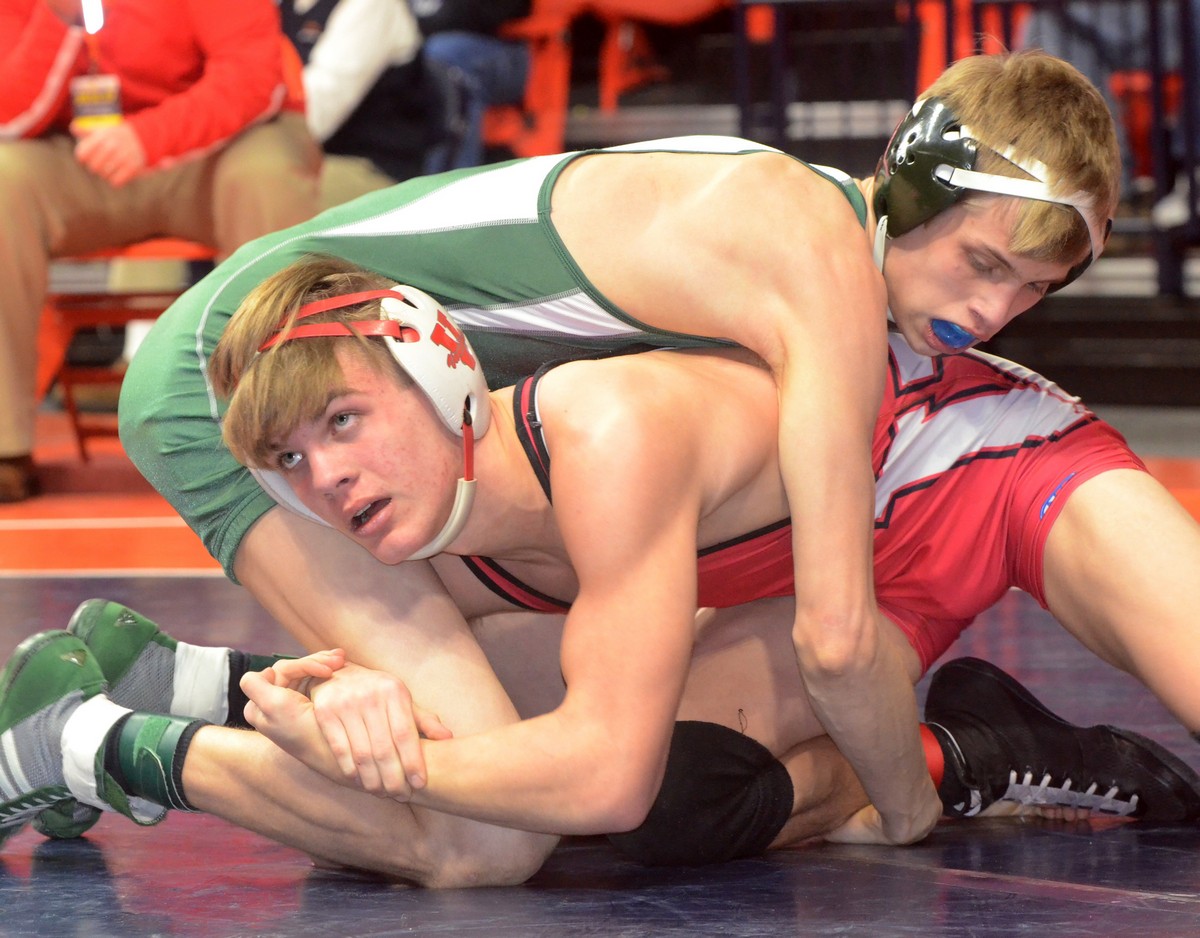 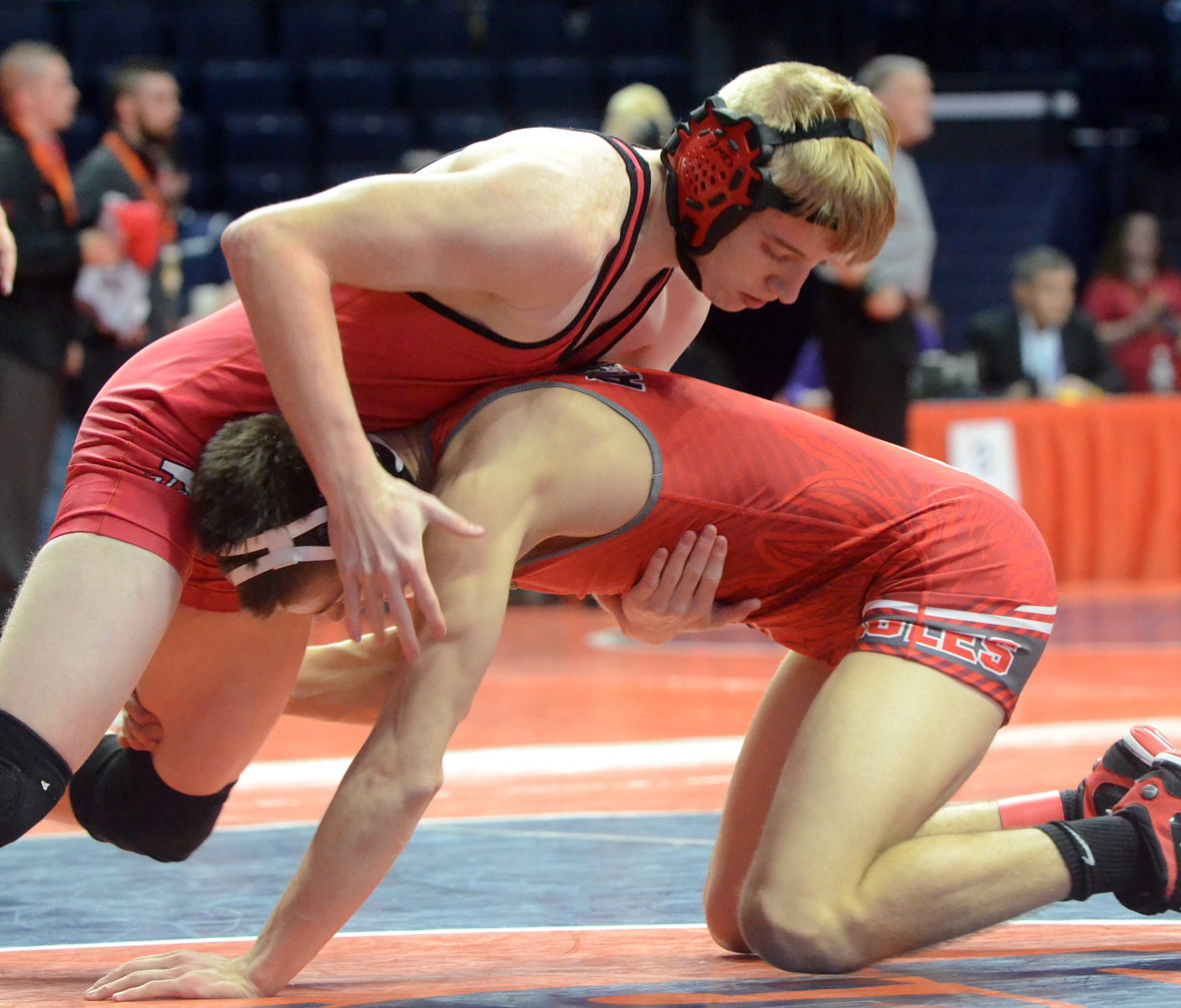 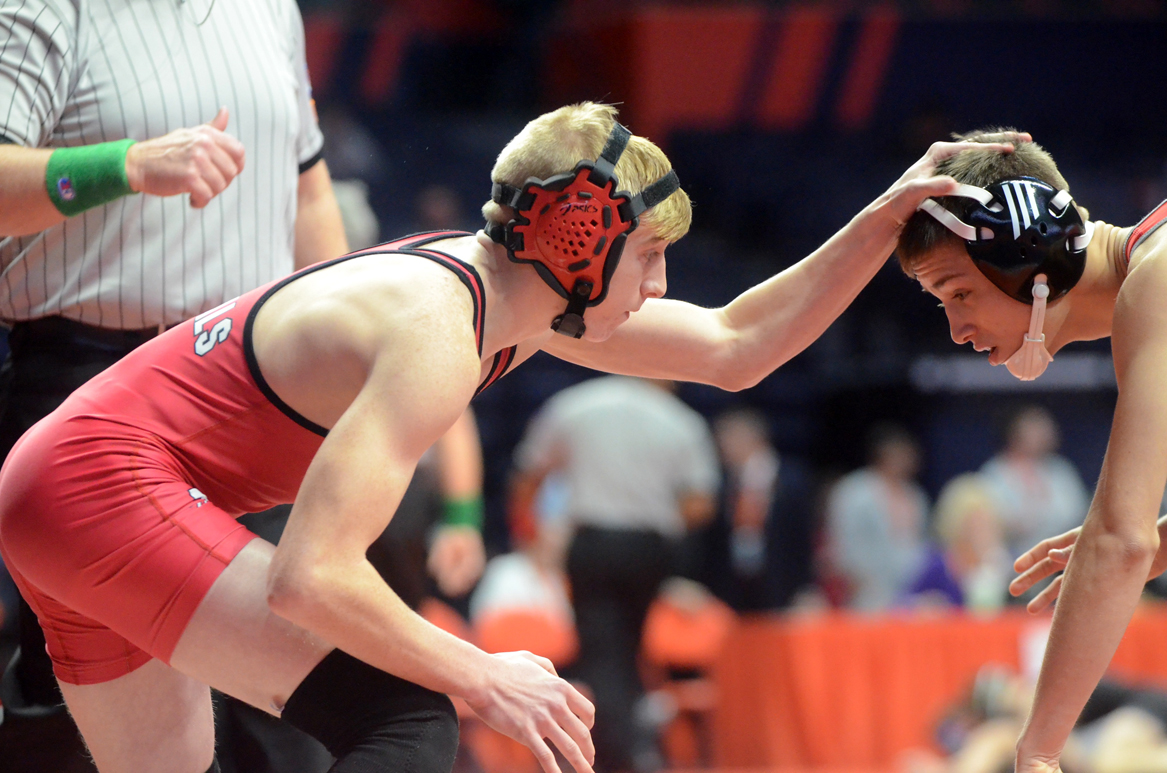 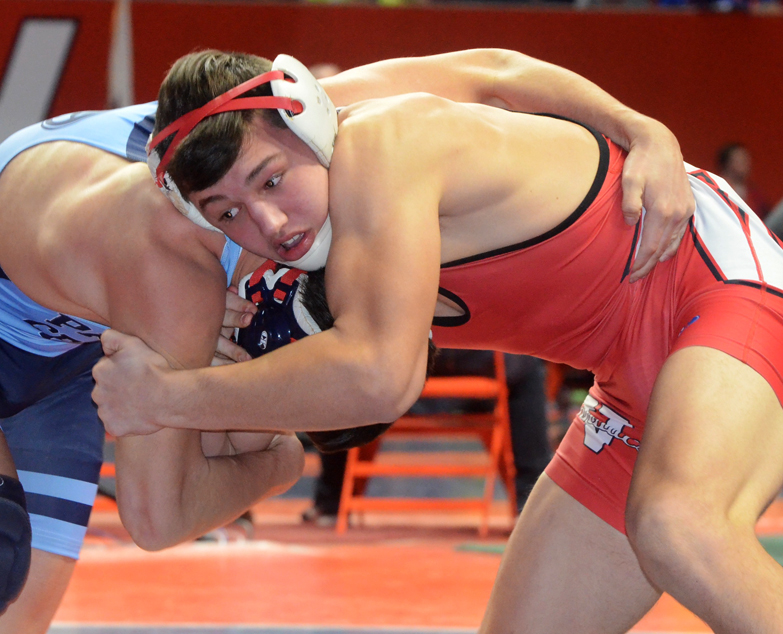 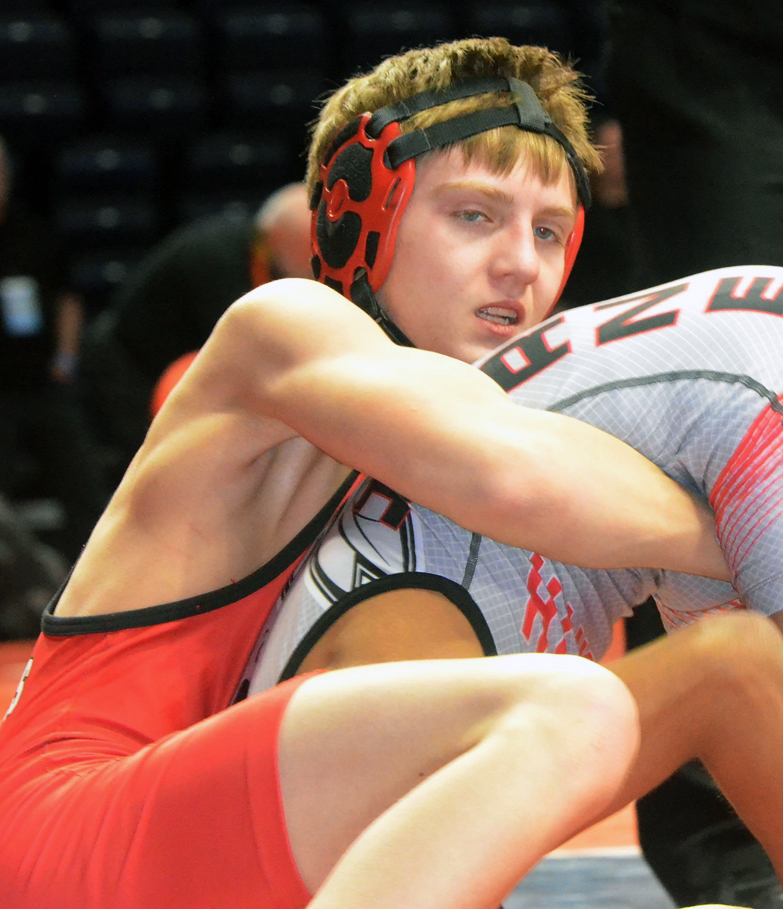 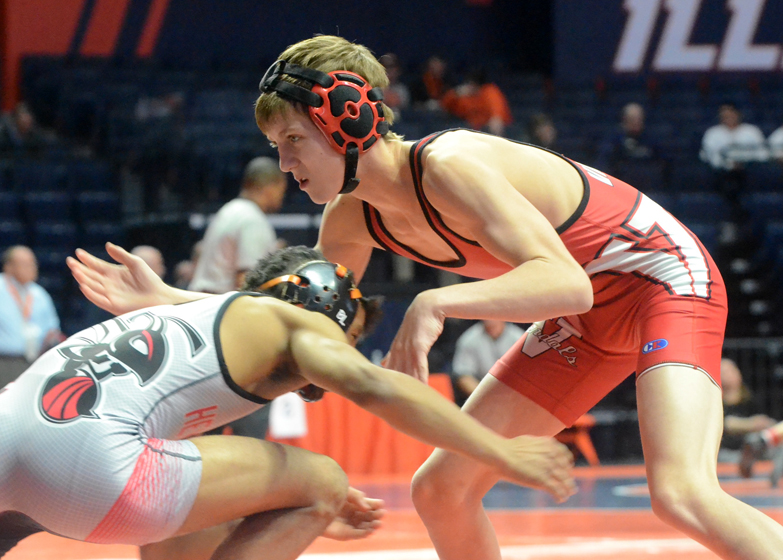