The completion of a project that calls for the replacement of two bridges at a major intersection in Vandalia will be completed by early April, if not sooner.

Scott Hunt of Hurst-Roche Engineers told the Vandalia City Council that the general contractor for the work at Fifth and Randolph streets, Plocher Construction of Highland, estimates that it will complete everything but paving, striping and miscellaneous cleanup by the end of March, if not sooner.
At that point, 10 days have been allowed for the remainder of the work, Hunt said.
One of the factors that will determine the ultimate completion of the project, Hunt said, is when asphalt plants begin operations this year.
“We hope that the asphalt plants start up early,” Hunt said.
In making the announcement, Hunt told aldermen that all of the construction engineering funds budgeted for the project have been used up, and that he will be presenting an amended contract for Hurst-Roche’s work in the near future.
Mayor Rick Gottman estimated the additional cost at $30,000, assuming that the bulk of the work is completed by the end of March.
If it’s done by the middle of March, for example, the bill would be half of that amount, Hunt said.
He told city officials that two factors have caused the engineering total to exceed the original amount – up to $16,000 for work on the relocation of water and sewer lines, which was not expected; and the project not proceeding as quickly as it would in summer months.
The project has a price tag of $1.427 million, with a Federal Highway Administration grant paying 80 percent, or about $1.14 million, and the city paying the remaining 20 percent, about $290,000.
Hunt also presented the city council with an update on the Thrill Hill bridge project.
He said that H-R submitted final plans for a new bridge to the Illinois Department of Transportation on Feb. 1, and that right of way documents related to the project were submitted to the city on Jan. 12.
Hunt said that IDOT has approved the plans and right of way information for its April 28 bid letting, contingent on the city securing necessary right of ways by the end of February. 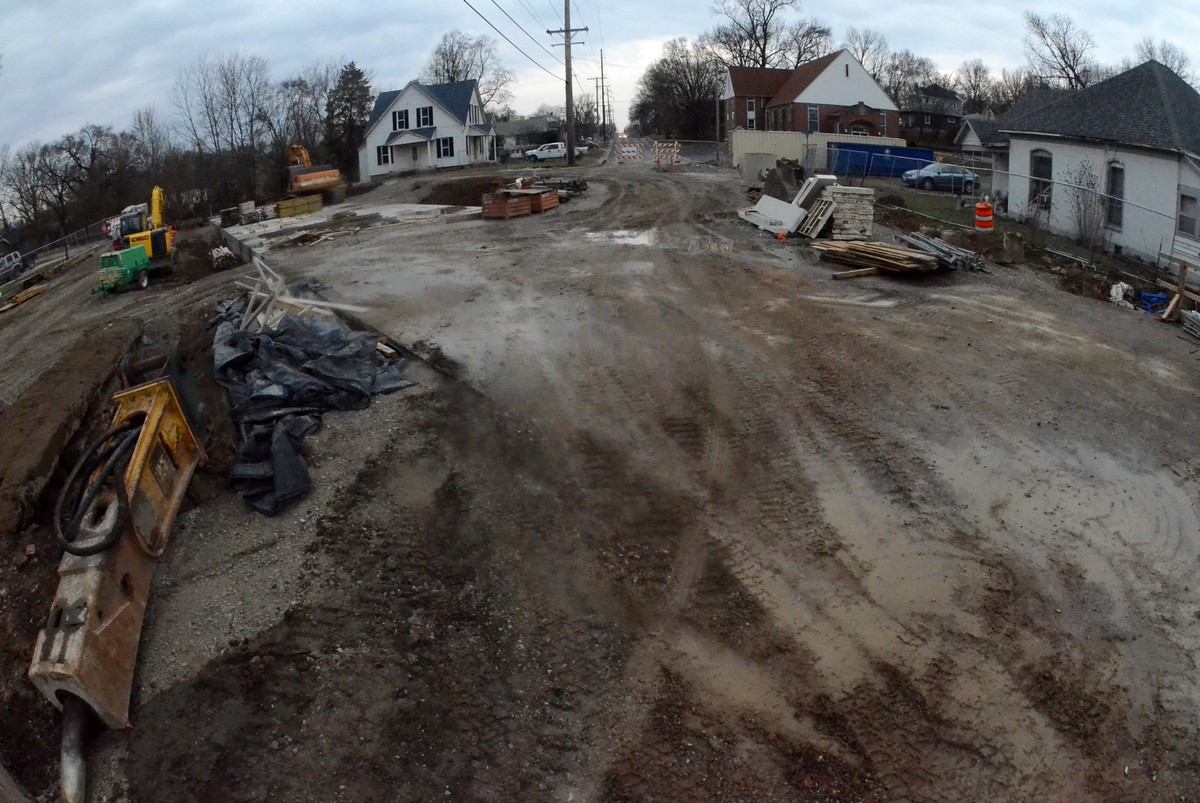