Chloe Carson is an 18-year-old Brownstown High School senior, very sweet and courteous. She likes animals, is active in school, and sings in her church’s choir and at school. 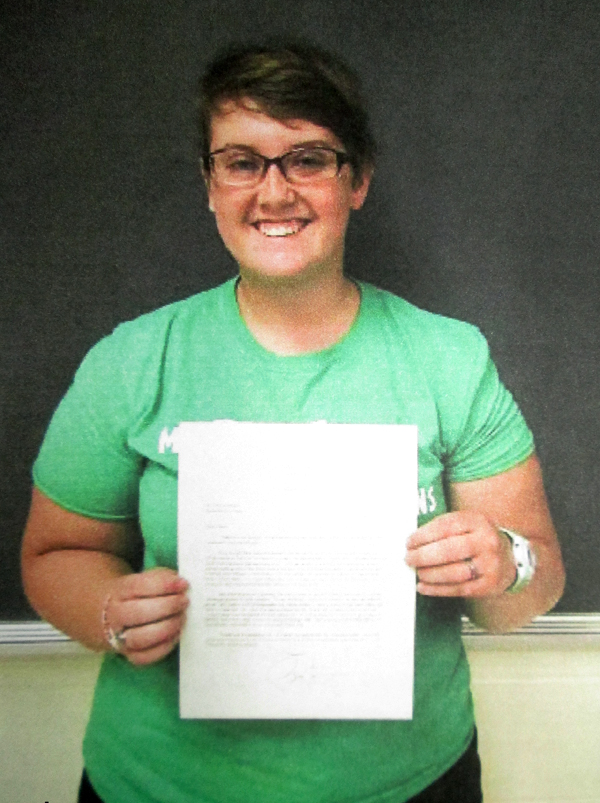 Chloe Carson wrote to President Barack Obama, and got a response.