With a number of its wrestlers competing at the varsity level for the first time, Vandalia used five pins to open its season with a win on Tuesday.

Vandalia’s Anthony Enlow is on the verge of pinning his opponent in Tuesday’s season opener. 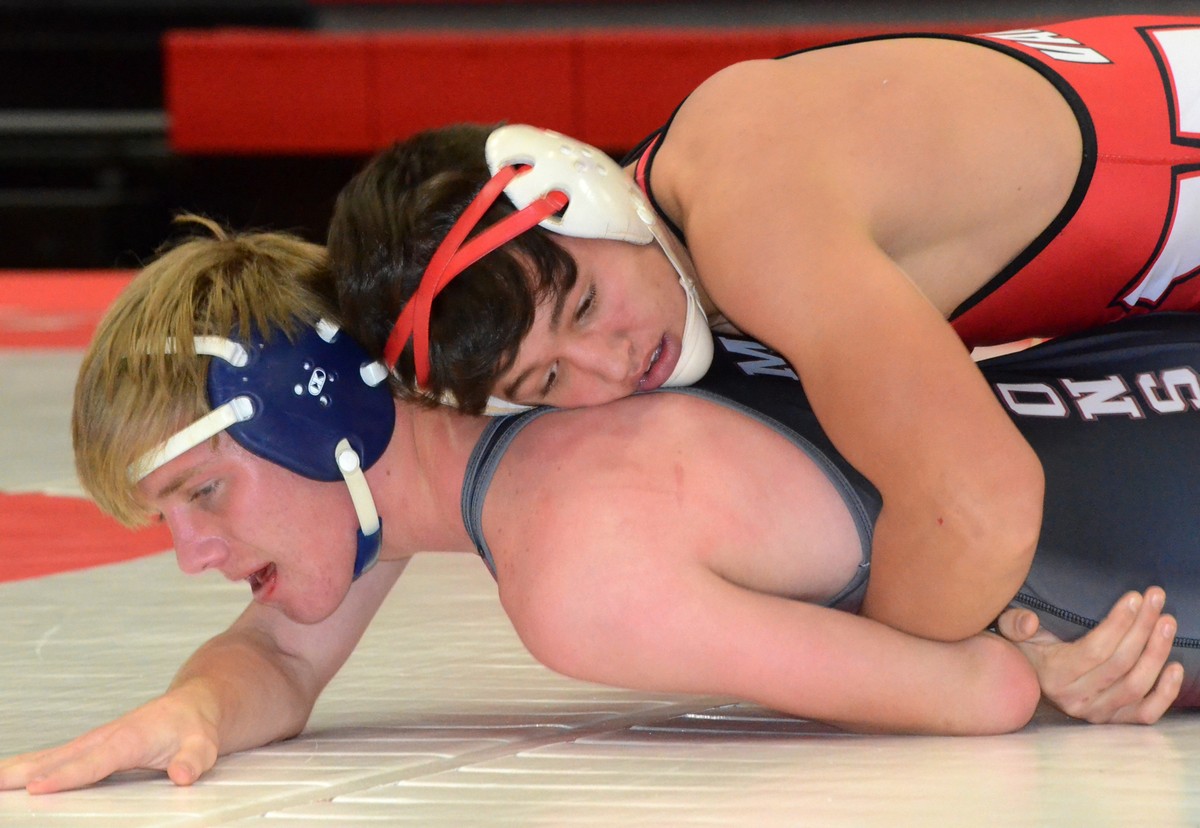 Vandalia’s Trevor Philpot controls his opponent on his way to a technical fall win on Tuesday night.