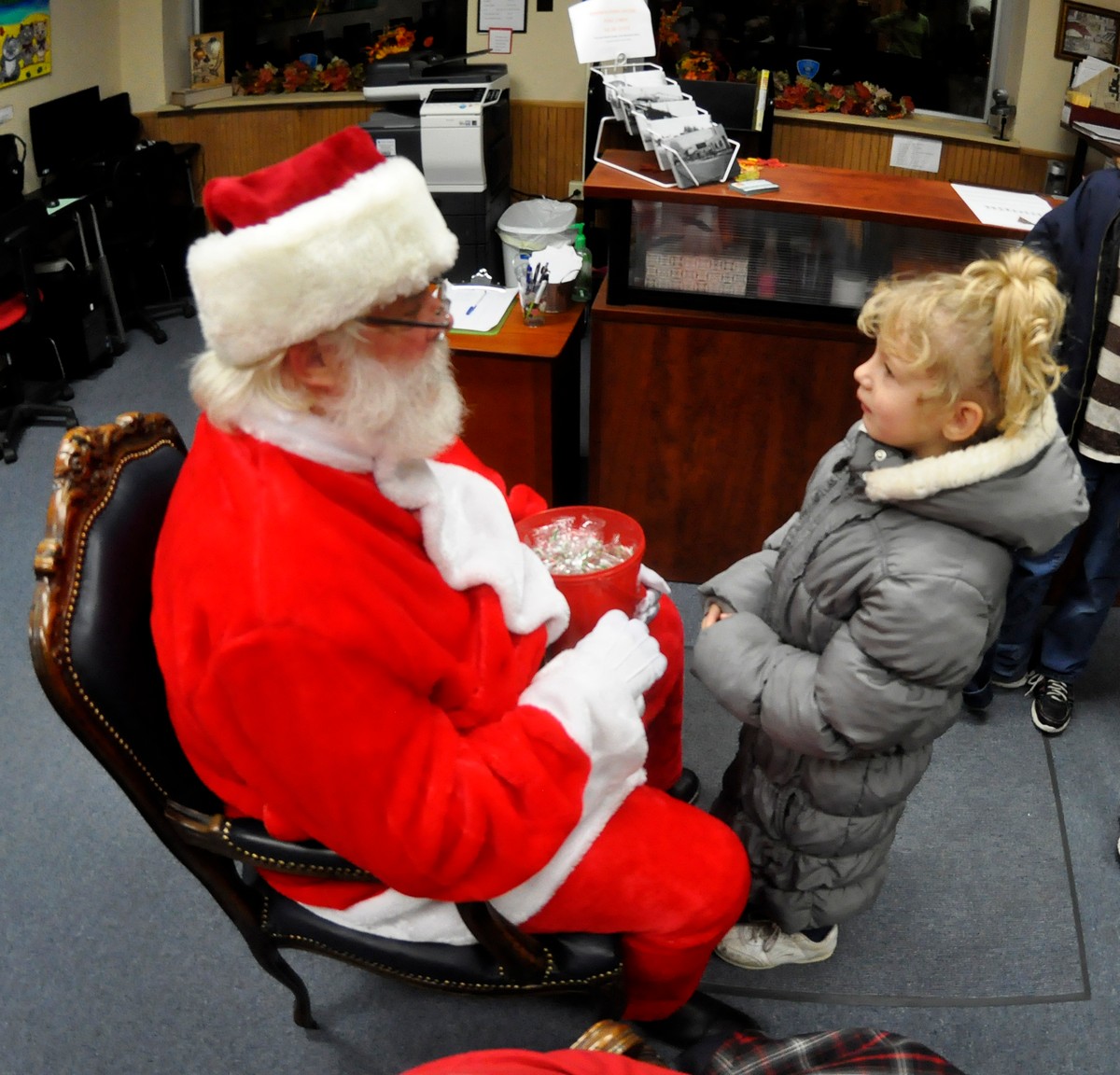 The village of Brownstown kicked off the holiday season on Saturday night with its inaugural Christmas tree lighting party at the village hall and Brownstown Branch Library. Marissa Payne visits with Santa Claus in the library. 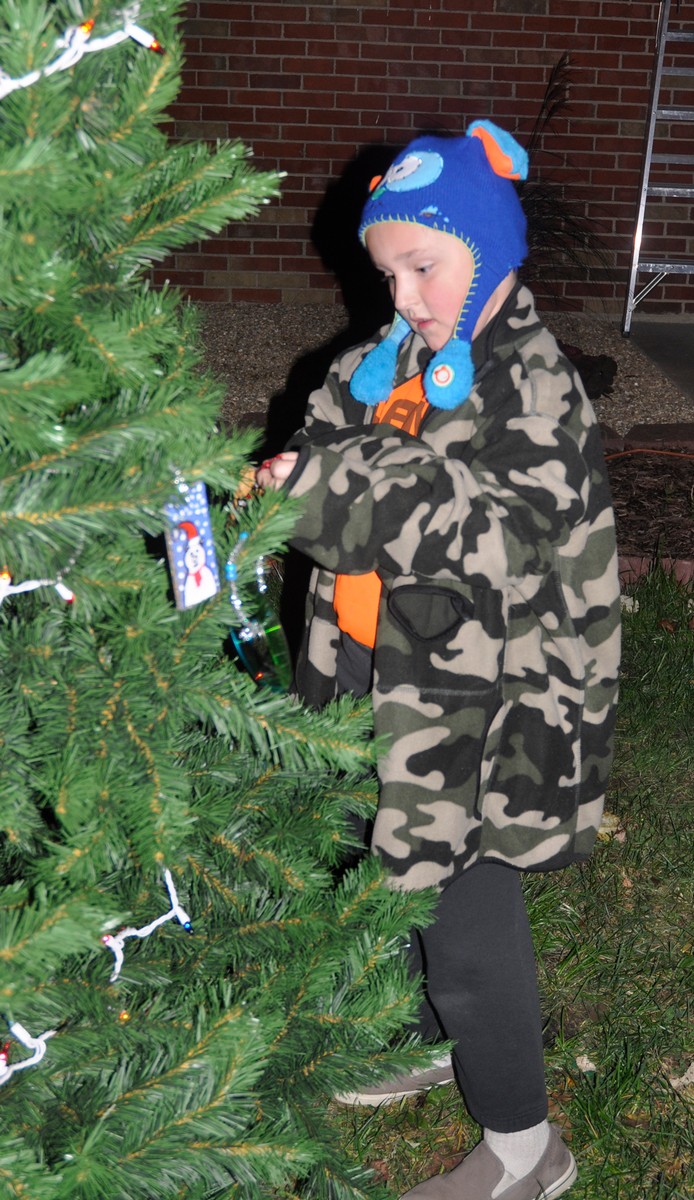 Aden Lash, a second-grader at Brownstown Elementary School who was among the Christmas ornament contest winners, puts the winning ornament on the tree outside the village hall. 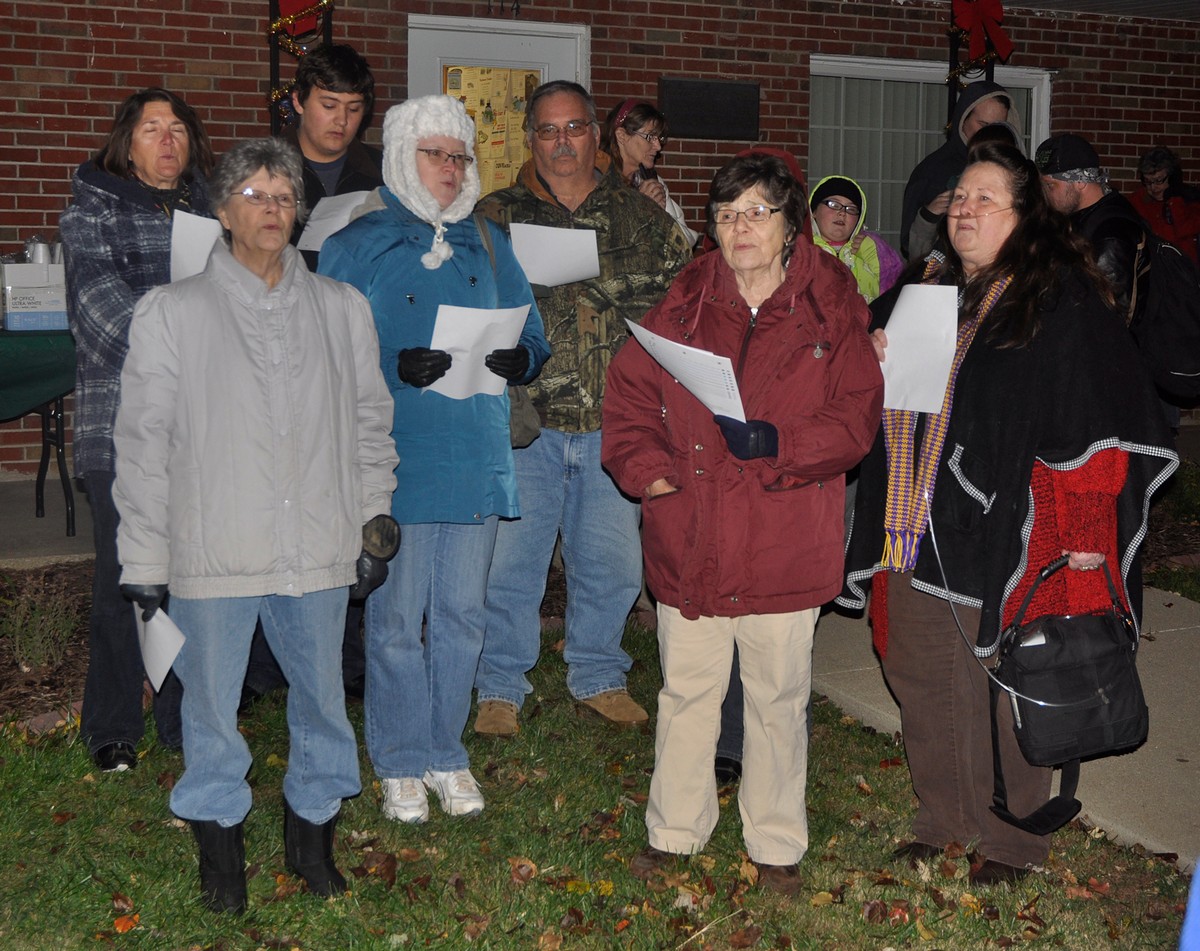 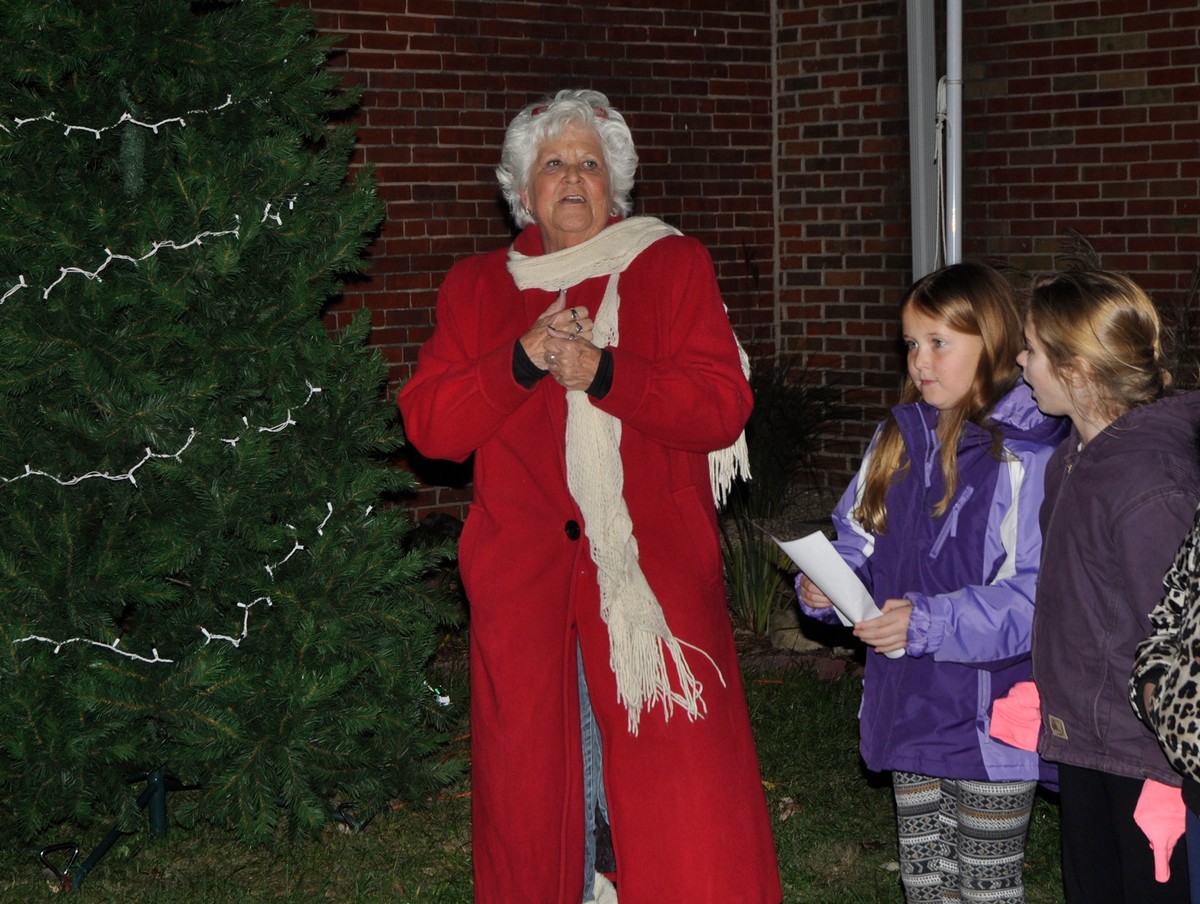 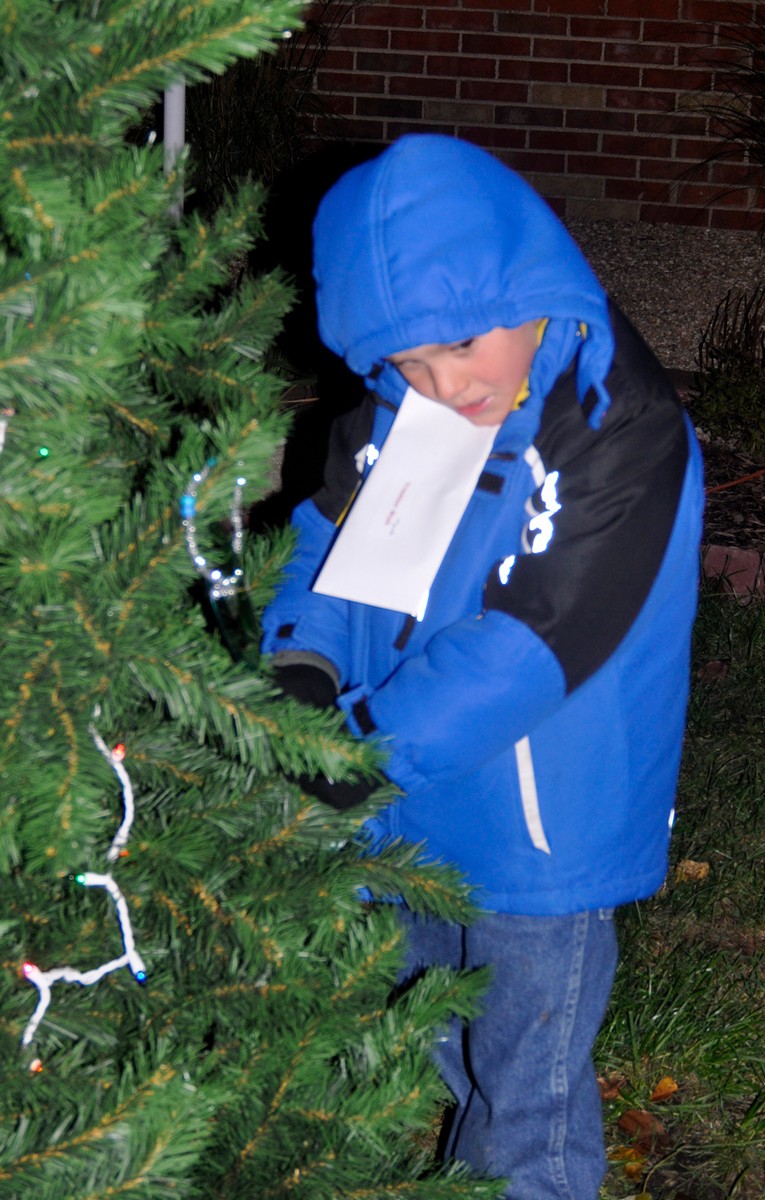 Tresten Wall, a first-grader who was one of the ornament contest winners, uses his chin to hold his prize while putting his ornament on the village tree.