Thirty years ago, Jean Finley broke the gender barrier when she was elected to a District 1 seat on the Fayette County Board. Several years later, she became the first woman chosen to serve as the board’s chairman.

She cleared the way for other women, including her successor, to serve on the board.
At the end of Thursday’s meeting, the current board chairman, Jeff Beckman, recognized Finley, and Joe Kelly as the two ended their service to the county.
“I know that we’ve got some good people coming on, but what we’re losing here is 42 years of experience that the board has counted on, a lot of good opinions and thoughts,” Beckman said. “They certainly have been an asset to the board.
Finley, a Democrat who is leaving the board after 30 years, was defeated by Republican Jenny (Austin) Waggoner in last Tuesday’s general election, and Kelly, a Democrat who chose not to seek re-election after 12 years on the board, is being succeeded by Republican Bryce Kistler in District 6.
“It’s been a pleasure,” Finley said. “I guess I was the one who paved the way for the women.”
Al McDowell, the chairman of the Fayette County Democratic Central Committee, added his congratulations to Finley for three decades of service.
During Thursday’s brief meeting, the county board approved contracts for trash pickup at the courthouse and inmate health care services at the county jail.
The board approved the low bid of $110 per month from Republic Services for sanitation services, the lowest of three bids received by the county.
The board also approved an agreement with Correct Care Services for inmate health services, at a cost of $72,711.72. That contract was approved in an 12-1 vote, with Chad Austin casting the lone dissenting vote.
In other action:
• Sheriff Chris Smith said that his department will conduct a Shop with a Cop program again this holiday season.
Last year, Smith said, the department had enough donations to take 35 local children shopping for Christmas gifts. This year’s goal is 50, he said.
Smith and other participants will take this year’s recipients shopping on the morning of Dec. 17.
Last year, he said, they were being given donations as they took kids shopping, and used those donations that day to serve other families in need, including a man who is raising three grandchildren.
• The board approved the appropriation of $500,720 from the county’s motor fuel tax allotments for 2017 road maintenance.
• Beckman, as chairman of the finance committee, said that the committee will meet again within the next week to work on budget figures.
“We’re close to getting some figures together,” Beckman said. 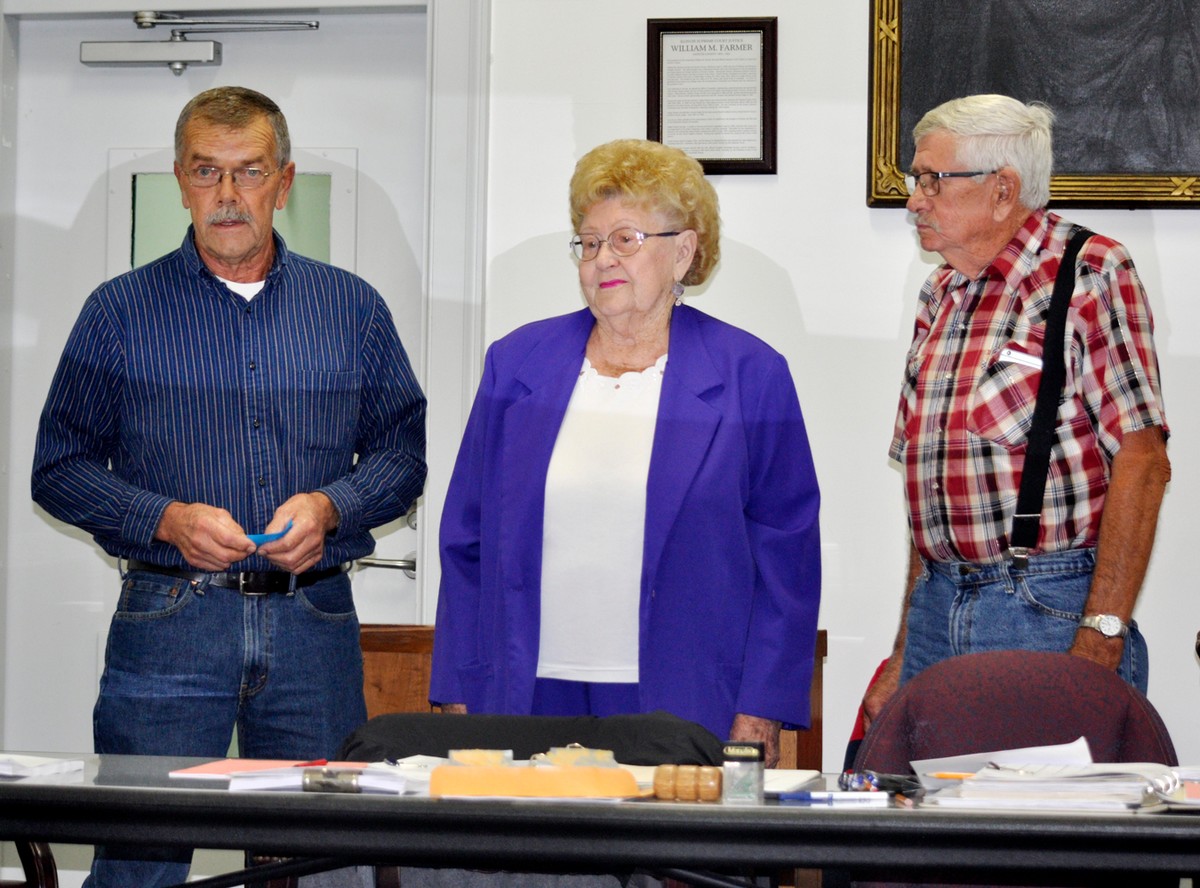 Fayette County Board Chairman Jeff Beckman, left, recognized Jean Finley (30 years) and Joe Kelly (12 years) at the end of last week’s meeting for their years of service on the board.