“Oh, but I wasn’t in the fighting” was the response Aviation Chief Radio Technician Wayne Hale gave me when I told him he was the subject of my Veterans Day column.

No, he wasn’t in the fighting, but the thousands of men he trained in the use and maintenance of newly emerging technology in the PBM and PBY seaplanes, the workhorse of the Navy, saw lots of it.
“My wife, Lida, and I had been married about six months when the Japanese attacked Pearl Harbor. I told her I may as was well join up because I would be drafted,” Wayne said. At the time, they were living in Edwardsville where Wayne worked for AT&T.
The two had met at Moonlight Gardens, a skating rink in their hometown of Springfield, where Wayne was a skating instructor and Lida Hinds a pretty good skater. Together, they began to practice figure skating and advanced to home rink exhibition skating.
Enlisting in the Navy in January 1942, he trained at Great Lakes Naval Base, where after scoring high during testing, was informed that his training would continue at Texas A&M University at College Station, Texas.
One week before graduation, he was summoned to the commanding officer’s office to learn that he had done so well that his next assignment would be as a teacher.
He was sent to Ward Island, a naval air technical training base, near Corpus Christi, Texas. The island was full of swamps, alligators and the largest mosquitoes he had ever seen.
When Wayne first arrived, only two wood barrack-type buildings had been erected inside the perimeter that was guarded by the Marines.
Eight more buildings would be built within the perimeter before the end of the war, each with eight to 10 instructors. The average class size of 135 men were taught basic electronics; advanced electronics; airborne equipment, including MAD (Magnetic Airborne Detector); IFF (Identify Friend and Foe); PPI (Planned Position Indicator); blind landing equipment; and the use and repair of altimeters.
His assignment was as lecturer on advanced electronics and his classroom was outfitted with a raised platform and 16-foot long blackboard. Before the men could advance to Wayne’s class, they first had to successfully complete the basic electronics course. His morning lecture took two hours, and he then had an afternoon class of one hour.
Following his two daily lectures, the students would be divided into 30-man groups for hands-on training, including learning about the earliest known radar developed and shared with us by the British.
There were no books. RCA had put together a few loose pages containing generalizations on electronics, and this is all our military had. It was up to Wayne and the other instructors to write the first textbooks and set the first testing guidelines for the United States aviation electronics program. Their work was the leading edge of technology and discovery not to mention top secret.
Wayne told me that the most difficult part in preparing the tests was not in thinking up the multiple-choice questions to be answered, but rather coming up with four plausible answers.
A year into the war, Bell Labs developed the magnetron that was as big as a man’s fist and the Japanese would have given their eyeballs to know how it worked.
We began to develop higher and higher frequencies, and our antennas became smaller. The parabolic antenna was the result.
During the time Wayne was at Wade Island, the IFF (Identify Friend or Foe) was developed, as was the PPI (Planned Position Indicator), the parabolic antenna, advanced radar, and where before we had no need to break a second into millionths and then measure it – we figured this out, too.
Wayne’s brother, Melvin, participated in five invasions with the Army and his younger brother, Glenn, too young to join up with his older brothers, had to wait until 1943, when he, too, joined the Navy.
He told Wayne it was like working a regular job. In the morning, he settled himself into his seat in the bomber, checked to see that he had everything he needed, and on completion of the daily bombing run, returned to base, only to get up and do the same thing the next day.
No, Wayne Hale wasn’t in the fighting, but his years as an instructor at Ward Island saved lives of countless military personnel around the world. The IFF alone saved many lives and not just those of Americans.
My father once told me there are things a veteran never forgets and one of these is how to salute.  He tried to show me one time, and I probably don’t do it right, but I salute Wayne Hale and his service to America, the land of the free and home of the brave. 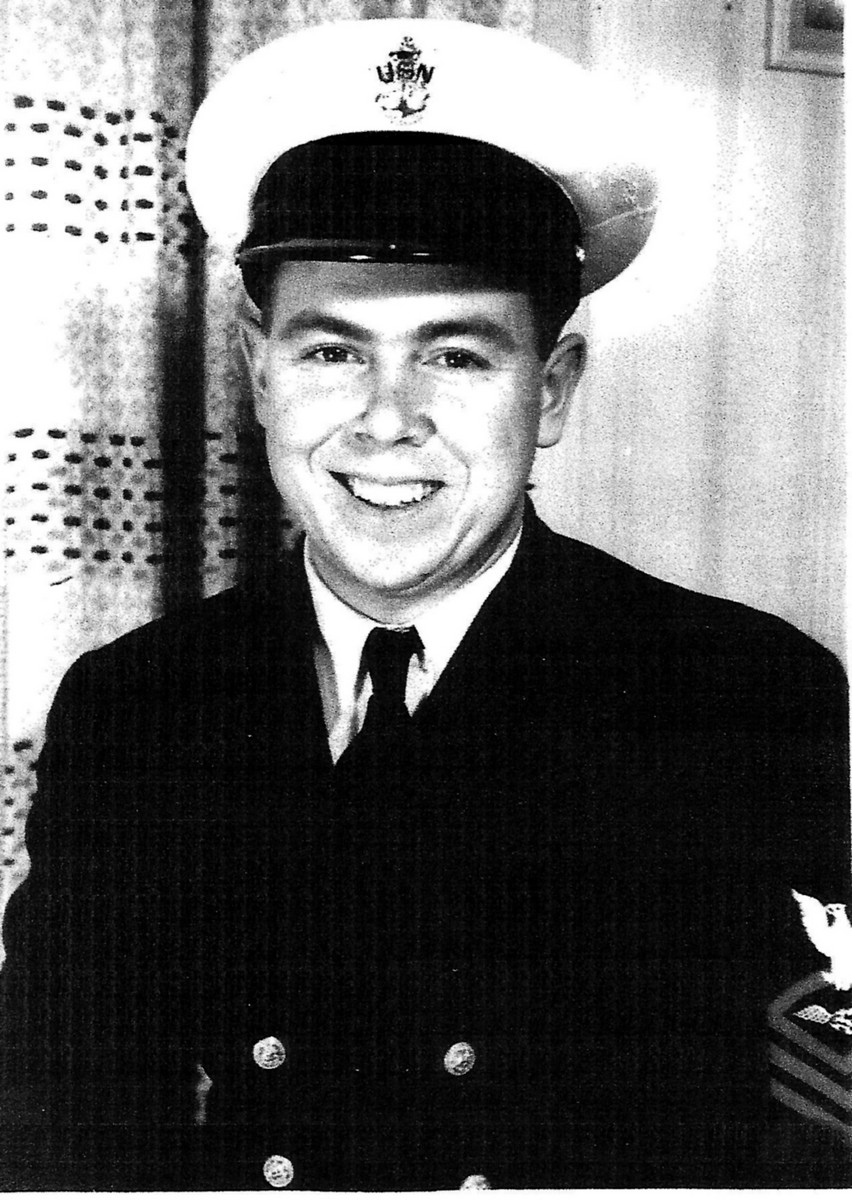