The governor of Illinois stopped in Vandalia on Saturday as he rode his motorcycle through the southern Illinois to raise funds that will help veterans.

And while here, he got a closeup look at the Vandalia Statehouse and learned about the most-pressing need of the state’s oldest existing capitol.
Bruce Rauner joined veterans’ motorcycle groups, First Responders and members of ABATE (A Brotherhood Aimed Toward Education) of Illinois in the second annual Riders Run to Springfield.
“I’ve been a big motorcycle advocate and rider most of my life,” Rauner said. “I used to race motocross in high school.
“And, my whole life, my wife and I have been big advocates for veterans – they are our heroes, and we need to do everything we can to support them.”
Rauner said that helping to support veterans is one way that he can give back to some people in Illinois who need, and deserve, assistance.
“My wife and I helped start an organization called Safe Haven, which helps homeless veterans get established and get back set up in life.”
This year’s Riders Run to Springfield started on the grounds of the DuQuoin State Fair and ended with a wreath-laying ceremony at Camp Butler in Springfield. Stops were made in Mt. Vernon, Vandalia and Pana, with about 30 cyclists accompanying Rauner at the Vandalia stop.
Last year’s ride started in DuPage County and ended at Camp Butler, with “a couple of hundred” motorcyclists participating in the effort that raised about $10,000 for veterans’ Honor Flights, the governor said.
Rauner said that he has been riding his motorcycle in the past to support such organizations as Toys for Tots and those to help the families of fallen police officers.
This year’s Riders Run to Springfield was held to raise money for Justice for Veterans, Rauner said.
“It’s a national effort, and I signed a bill this past year supporting and expanding it in Illinois,” he said.
“It sets up a separate court system, so that we can focus on rehabilitation for veterans who have lost their way, made a mistake, and help get them back on a good track and give them the support they deserve,” Rauner said.
During the Vandalia stop, after a meal provided to the riders by the Vandalia Moose Lodge, Rauner and other riders visited the Vandalia Statehouse.
Statehouse volunteer Sam Kerr and Vandalia Mayor Rick Gottman gave Rauner a brief tour of the Statehouse. During that tour, Kerr and Gottman told the governor of the need to finish repairing the Statehouse windows.
That project includes exterior painting, replacing some wood sill members, and building and installing storm windows. 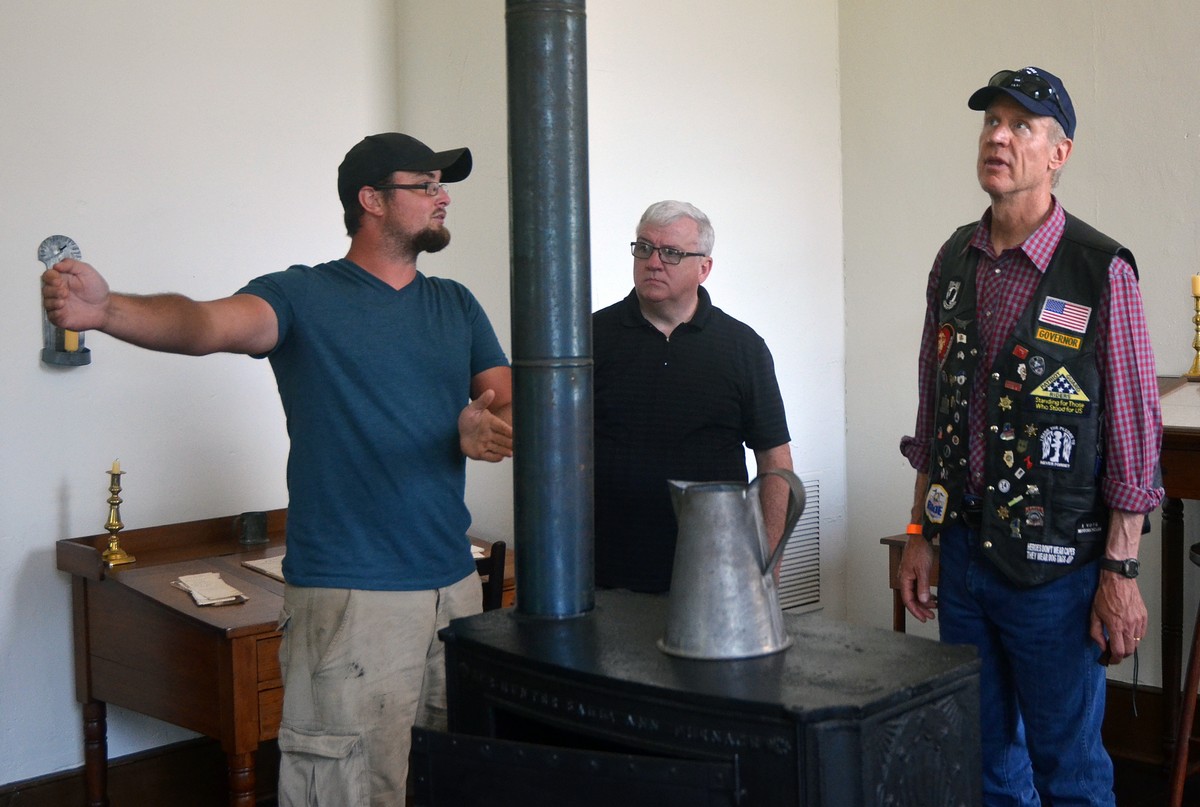 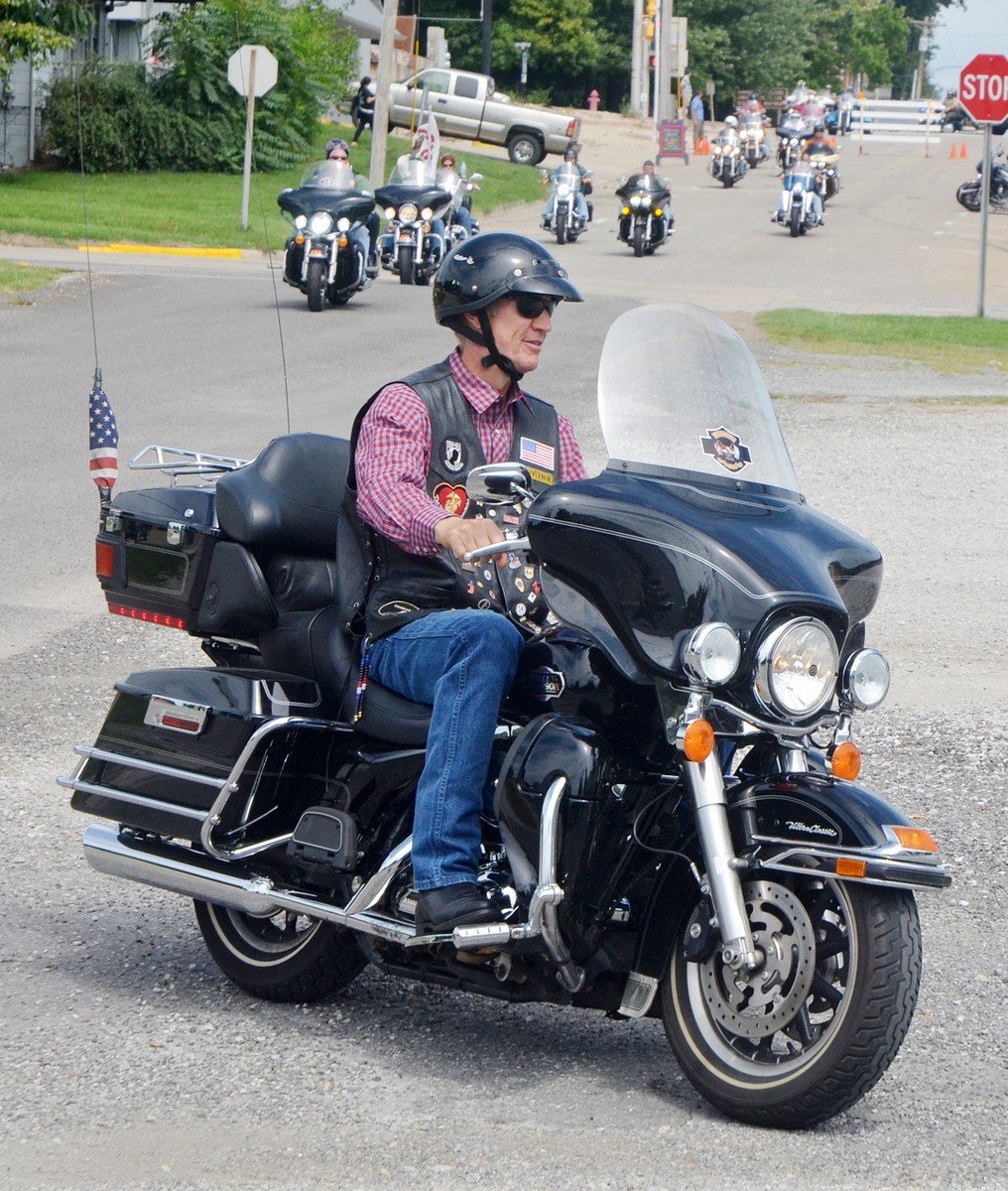 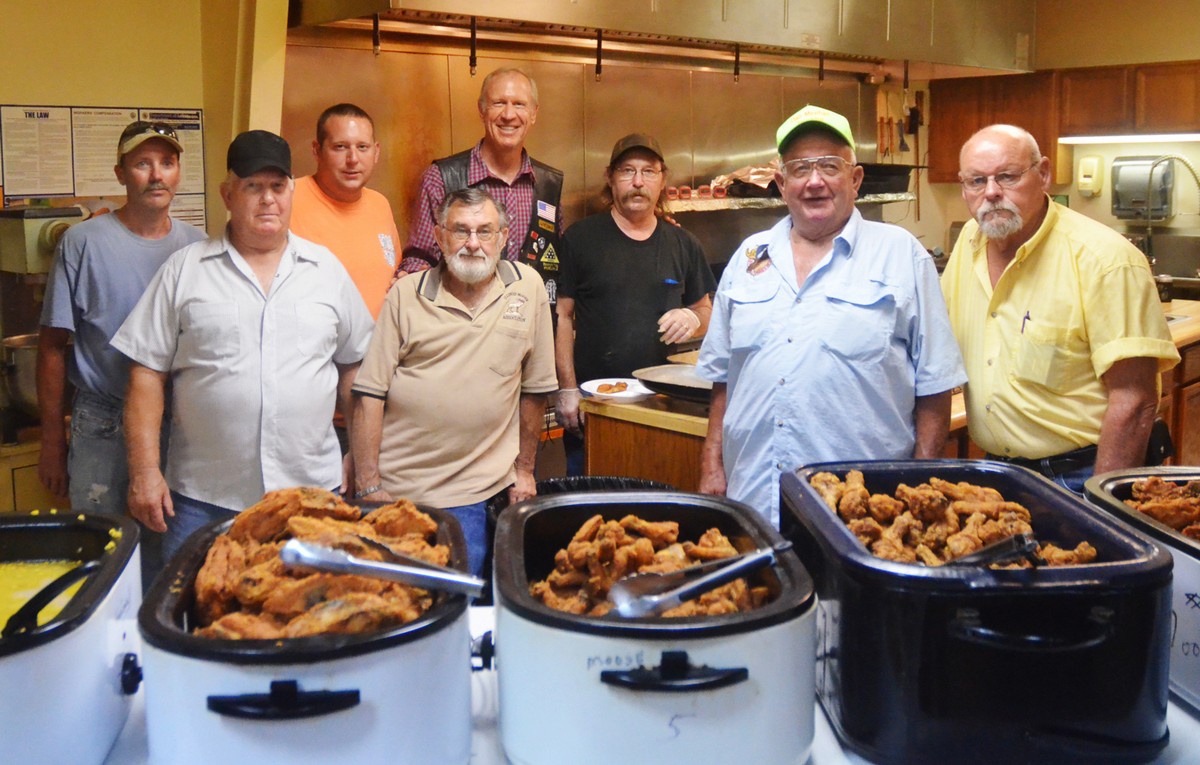 During their ride from DuQuoin to Springfield, Illinois Gov. Bruce Rauner and other motorcyclists stopped at the Vandalia Moose Lodge for lunch. Above, Rauner is shown with Moose members who helped prepare the lunch. In front, from left, are Willard Hemken, Tom Workman, Dan Meehan and Steve Largent. In back are Michael Boley, Alex Sasse, Raumer and Dennis Corridori.