The Lady Vandals traveled to St. Elmo to open their season last Thursday night, earning an impressive win in straight games over the Lady Eagles, 25-18, 25-17.
Amber Connor, entering her first season as head coach for Vandalia, was pleased with her team’s performance to open the season.
“That was really nice,” Connor said. “We have worked really hard, so that was really nice to get (the win).”
Vandalia and St. Elmo/Brownstown battled back and forth in the first set to a tie midway through at 12.
However, the Lady Vandals would finally pull away, with Shelbi Stewart serving a 7-0 run to help close out the win, with Bailey Younker earning the game-winning kill.
The Lady Eagles were able to jump out to a 3-0 lead in the second game, but the Lady Vandals battled back to a 5-5 tie before taking the game over.
Sydney Austin helped to pull Vandalia away, serving during a 5-0 run with key kills from Younker and Madison Klanke.
The Lady Vandals continued to dominate at the net, with back-to-back kills from Katie Tarkington helping maintain a lead late in the game, 19-15.
“Yes (I thought we had an advantage at the net),” Connor said. “That’s what I keep trying to tell them – we have a very strong hitting team.
“We need to make sure we get our passes to allow the sets to get the hits, because we are a very strong hitting team.”
A quick 2-0 run from the Lady Eagles was quickly stopped, as Klanke turned the momentum back over with another strong kill.
From there, Tarkington served during a 5-0 run to help close out the match with a second game win, 25-17.
A season after struggling with serving errors, the Lady Vandals were on point most of the night, something Connor was impressed with.
“I was very impressed with the serving,” Connor said. “Overall, I thought the girls worked really well together in both games.”
Anna Miller provided some stability from the back line, finishing the game tied for a team-high in digs with six.
“Of course (Anna Miller offered us some consistency from the libero position),” Connor said. “She is definitely one of the leaders on this team.”
Both Vandalia and SEB were scheduled to resume action Tuesday night, with the Lady Vandals hosting Staunton and the Lady Eagles hosting Christ Our Rock Lutheran.
Vandalia: Klanke 4 kills; J’Amy Jackson 4 blocks 2 kills; Tarkington 3 blocks 2 kills; Grace Morgan 2 blocks; Younker 2 kills; Miller 6 digs; Alli Palmer 6 digs.
SEB: Elissa Baron 1 block 1 kill; Madison Carson 1 kill 6 digs; Brandi Howard 2 kills 1 block 1 dig; Ashyln Mitchell 3 kills; Marlee Nolen 1 kill 3 digs; Tessa Philpot 4 digs; Dana Shelton 12 digs. 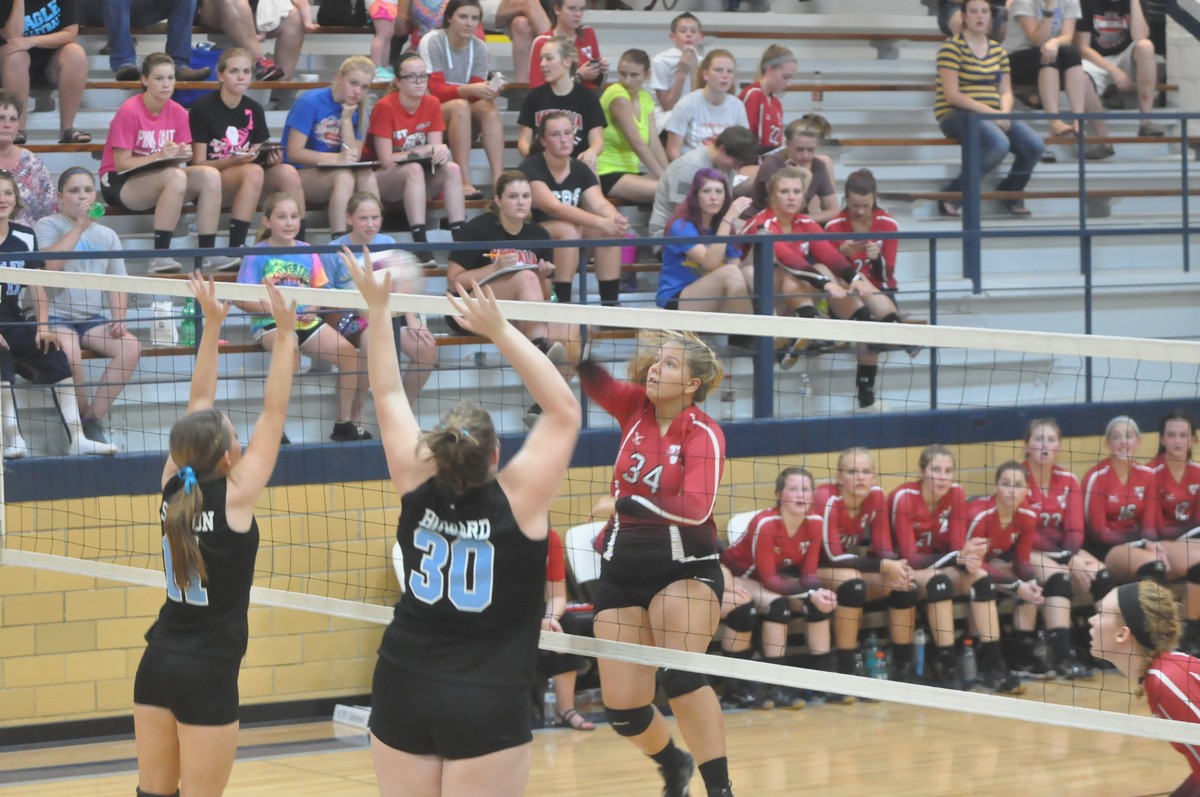 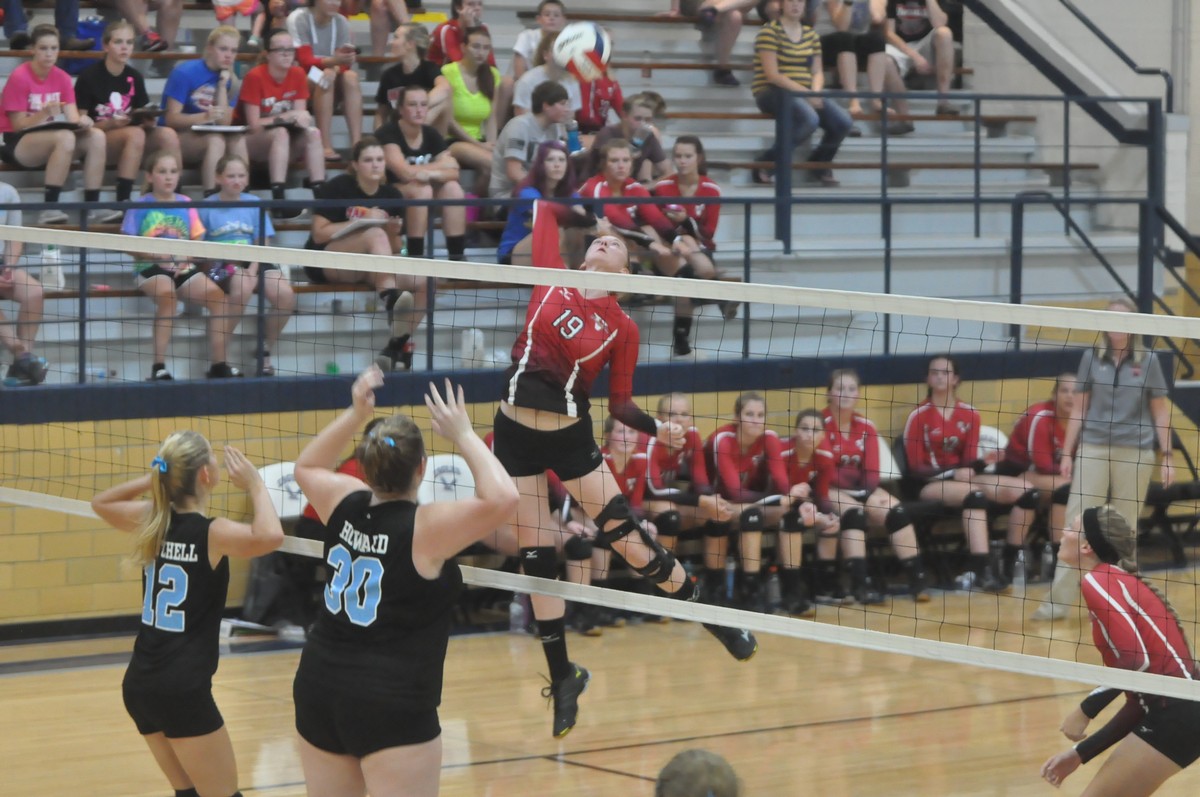 Katie Tarkington delivers a kill against SEB last Thursday night in game one. 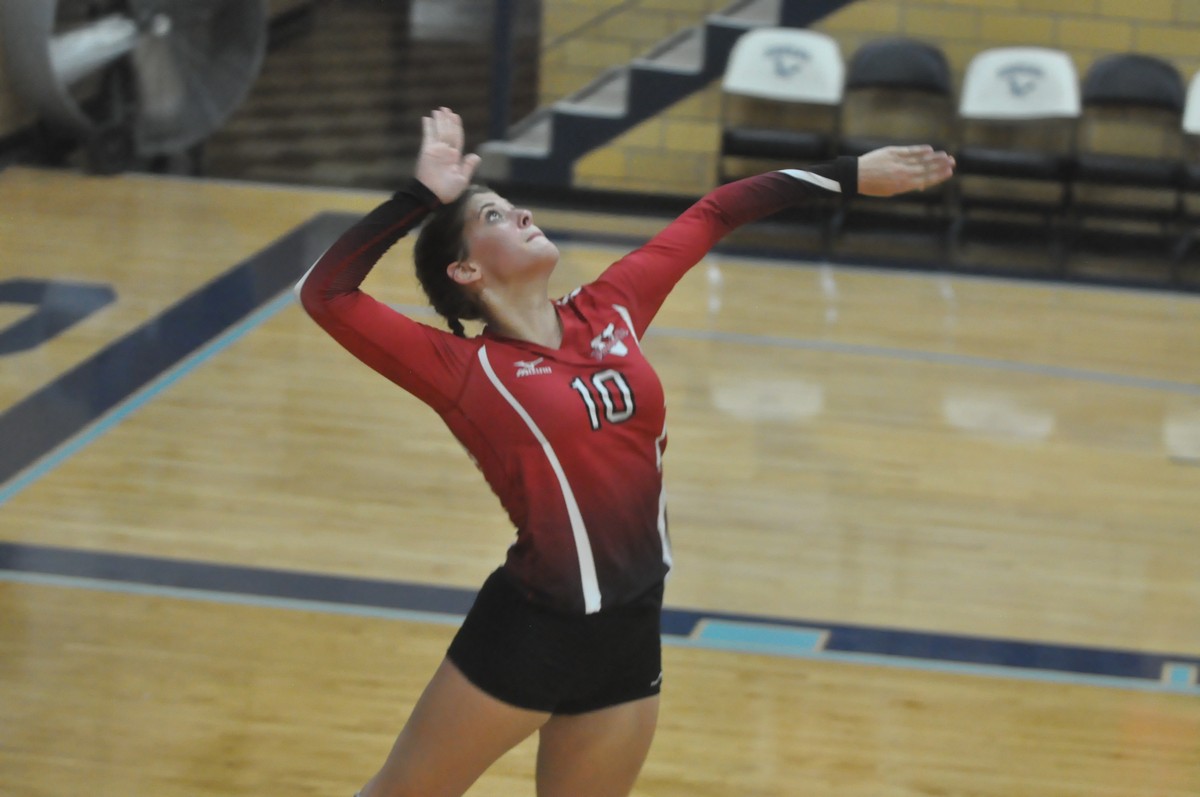 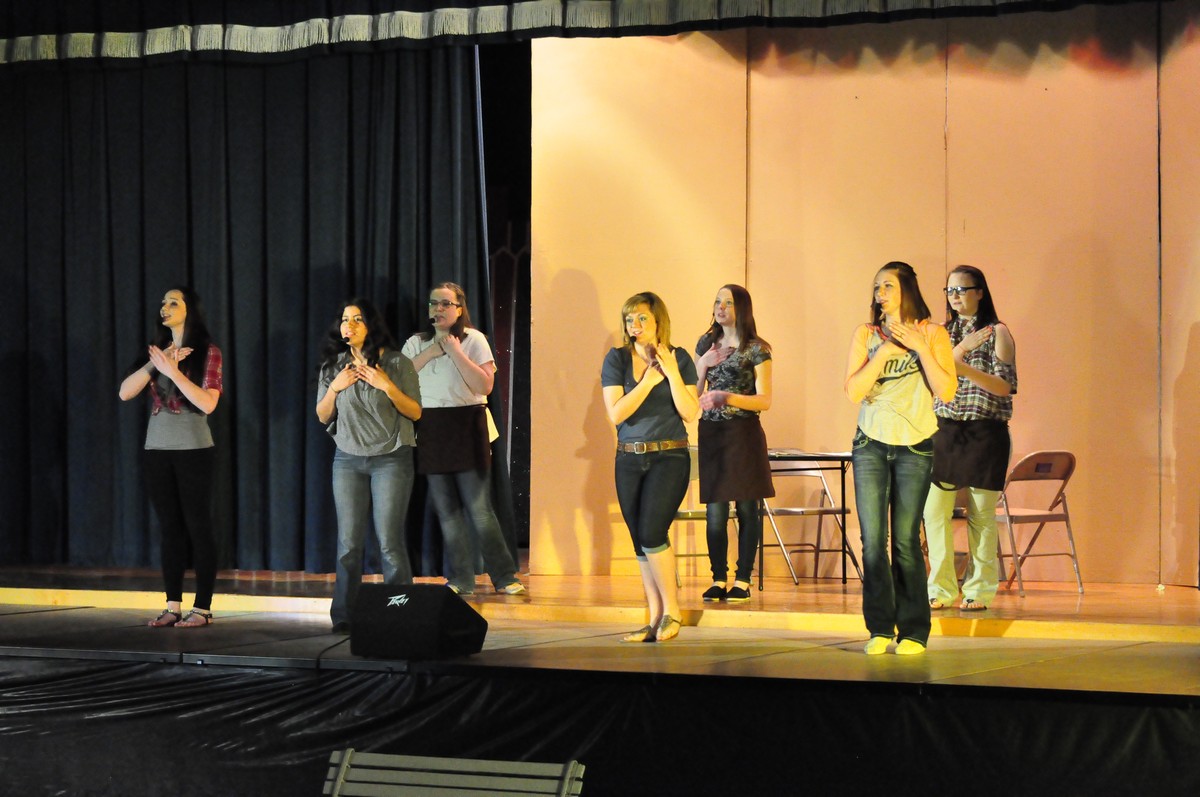