Brownstown/St. Elmo rebounded from a rough regular-season opener Monday afternoon, defeating Egyptian-Illini Conference foe Beecher City/Cowden-Herrick, 7-3.
“Last week was a long week, even though we only got to play once,” BSE head coach Ryan Beccue said. “You have to sit there and think about it and that’s not the effort we wanted wanted to have. You get some sleepless nights in there and you worry and you worry.”
Coming off an 11-0 loss to South Central, the Bombers were able to grab the momentum early on.
Lewis Brown and Nate Philpot led off the game with doubles deep into left-center, with Brown scoring on a wild pitch and Philpot coming in on a sacrifice fly from Landon Feezel to grab the 2-0 first-inning lead.
“The good part about baseball is usually you get to go right back out,” Beccue said. “Last week that didn’t happen for us, so yes it was good to have guys come out and have guys hitting the baseball hard. We have been working hard at a lot of different areas, but we have been trying to really focus on hitting hard line drives, hard ground balls, and we were doing that in the first inning, and really throughout.
“It was definitely nice to get our first win under our belt.”
Philpot who started the game for the Bombers, surrendered a run in the second, but BSE grabbed it right back in the bottom of the second with an RBI groundout from Jeffrey Kelly.
Philpot pitched himself into a bases-loaded, no-out situation in the third, but managed to pitch out of the inning, allowing just one run. Beccue commended the sophomore pitcher for remaining competitive in his three innings of work.
“Nate threw a lot of pitches in his three innings, but he did battle,” Beccue said. “You never saw him hanging his head. He kept competing, and we have talked a lot about that, too.
“I thought for maybe not having his sharpest stuff he has ever had, I did like his competitiveness in working out of jams.”
The Bombers added a pair of runs in the bottom of the third  on an RBI double from Isaac Maxey and a sacrifice fly from Rocky Himes, extending the lead, 5-2.
Freshman Bryton Pruett came in for relief with one out in the fourth after the Bobcats plated one, pitching out of the jam unscathed.
From there, Pruett was able to close out the game with three more scoreless innings, as the Bombers added on two more runs to pull away for their first win of the season, 7-3.
“Anytime you can have a freshman come in and do what he did over the last four innings (that’s good to see),” Beccue said. “He gets his first varsity win out of it, so that’s a bonus.”
Box Score
BSE  2 1 2 0 1 1 x  7 11 0
CHBC  0 1 1 1 0 0 0  3 4 3
BSE: Brown 2-4 2B; Philpot 2-4 2 2B; Feezel RBI; Dalton Denton 1-3 2B; Isaac Maxey 3-3 2 2B RBI; Wade Ireland 1-3; Himes RBI; Pruett 2-3 2 2B; Kelly RBI. 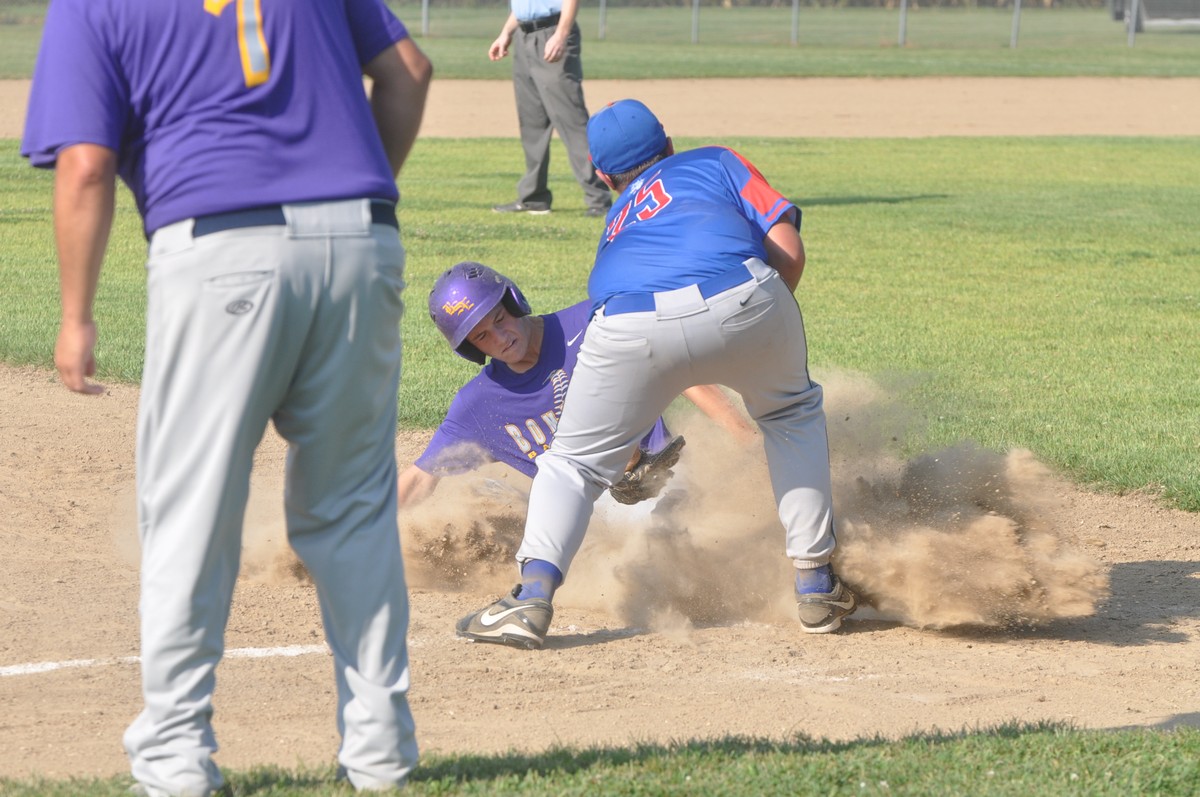 Isaac Maxey slides in under a tag against CHBC Monday afternoon. Maxey finished the game 2-for-3 at the plate. 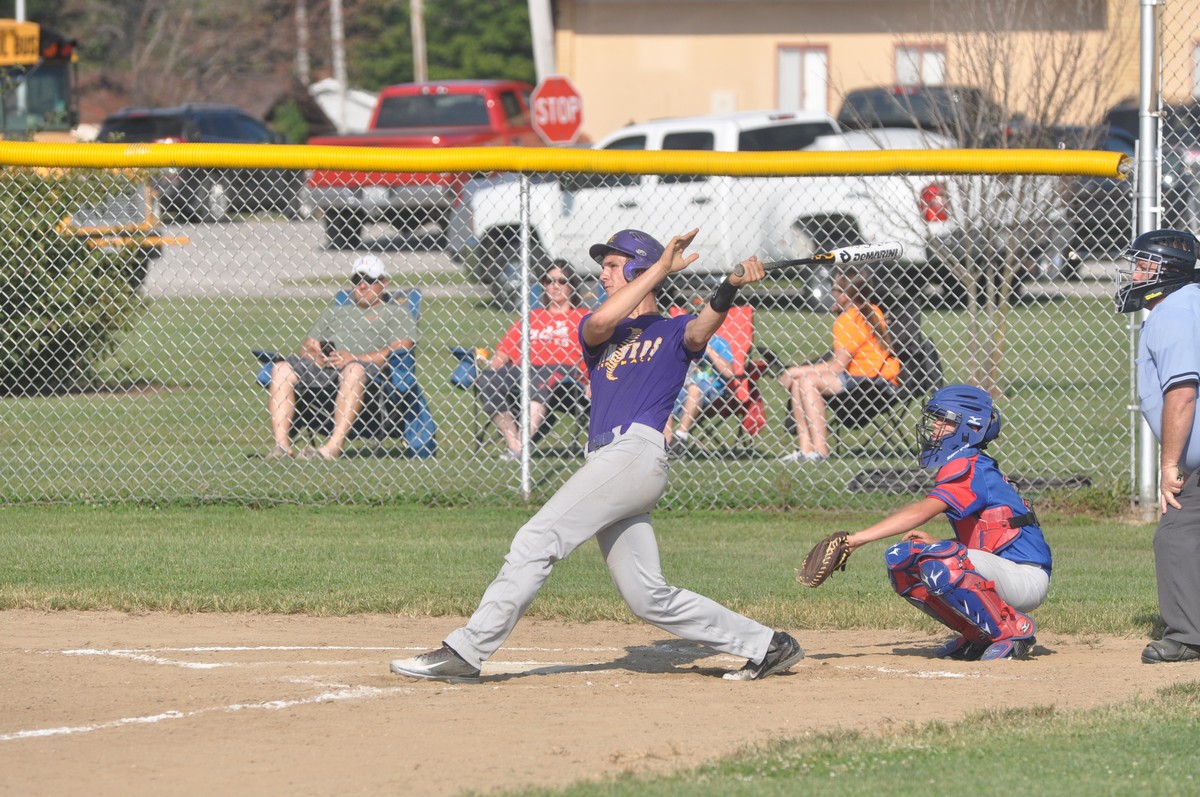 Landon Feezel connects for a sacrifice fly in the first inning Monday afternoon. BSE went on to defeat CHBC, 7-3. 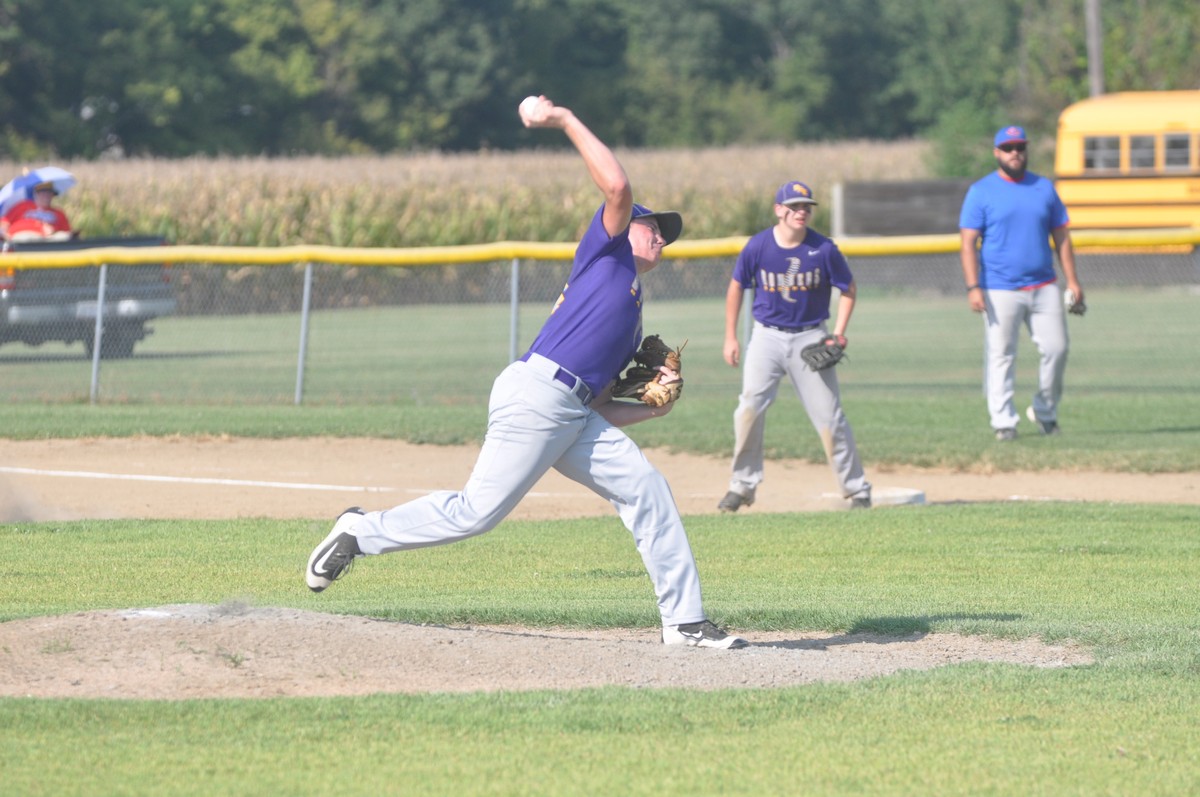