For those of us who are Christians, or at least lean that way, it is not very difficult to know what God is saying to us.

In our society, Bibles abound as in no other. Most homes have at least one or two copies.
And if you or I really want to know what God is saying, it probably won’t be too difficult to find it in the Holy Bible.
But if we want to know what God means by what He says, then that’s another story. And to be quite honest, we may not know what He means in every instance.
For example, let’s take a look at the first part of Hebrews 9:27.  I’m going to quote it here from the King James Version: “It is appointed unto men once to die…”
I think I’m safe in assuming God is talking about mankind and not just males when He uses the word “men,” But what does it mean when He says it is “appointed once” to die?
It could mean, as some believe, the day of my death is marked on the calendar that only God has access to. It was put there at the beginning of my life, and the day God chose back then denotes the end of it.
This brings up a problem in interpretation for me.
The story of one man in the Bible, tells how Hezekiah (see II Kings 20), prayed and was given a 15-year extension after God instructed Isaiah, the prophet, to admonish the king to put his house in order, because he would die and not live.
I, myself, have known and ministered to two or three individuals who I think were able to postpone their deaths. For one, the end was pushed out almost a month.
On the other hand, I have been close at times to what I call “premature death,” death that came unexpectedly. People were involved, and God probably had nothing to do with it, except He didn’t stop it from happening.
But sometimes God is involved.
Take a look at a couple of Scripture passages: I Corinthians 11:27-30 and I John 5:16,17. In these two selections, I know what God is saying when He talks about a sin unto death, but it is difficult to know much beyond the elementary meaning of these words.
Could this be an unnecessary death?  I don’t know. But I do know we all are going to die.
Some might argue over a technicality here, and that might be a study for another time, but if you are reading this paper or talking about this article, I think there is a mighty good chance you will eventually leave this old world by dying. It might be the day God writes down, the day you or someone else writes down or the day you bring it down upon yourself by the things you do.
Whichever it is you need to be ready. As God told Hezekiah, “Get your house in order – the final day is at hand.”
The first thing to put in order is making sure you have the right relationship with Jesus.
If you have never accepted Him as your savior, you’ve missed the most important part in preparing to leave this world for the one that comes later, and today you should consider calling upon the name of the Lord.
If you do, He has promised to give you eternal life. (Rom. 10:13) God is saying, “Get your house in order.”
Another thing you might want to make sure is in good order is your relationship with other people, especially your family. I’m surprised at the number of family members who do not speak, get along with or have fellowship with siblings, parents or adult children.
Hostility and animosity are disastrous and dangerous within the family, and among the neighbors and former friends.
Get rid of all that stuff as best as you can. Don’t let it be a part of your life.
It might be something as simple as a word or phrase you spoke but shouldn’t have. Or something you failed to say, and now wish you had.
Now is the time to get your house in order. I’m not sure how it will help after you die, but it will make the dying easier.
The last thing I want to suggest is making sure you are comfortable with yourself. You might say, “Aren’t we all?”  My answer is “no.”
An unbelievable number of people are dissatisfied with who they are, what they have become and what they imagine as their destiny. There are some things we can’t change at all, so identify them and then live with them.
And there are things we do that we have the power to change. Again, identify these, work at changing them and it will make the living a lot more enjoyable until that day appointed for us to leave this old world.
And when that happens … I’ll just let God take care of that day. 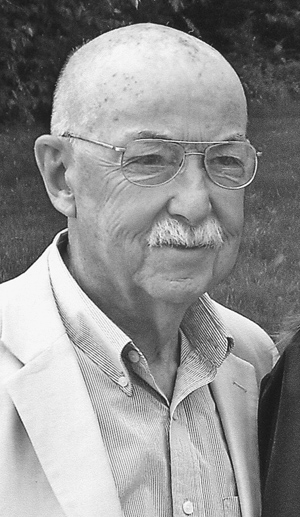