The name Lawler has been a very familiar and respected name in the Vandalia, as Nelson Lawler was the first school bus driver for the Vandalia schools, and he was very well liked by all who knew him, including the students on his bus routes.


Still today, those who were passengers on his bus as students speak fondly and respectfully of him, and remember him as a very pleasant, friendly person, but one who kept order on the bus, obviously out of respect for him.
His daughters, Jeanne Lawler Hohlt, and Deloris Lawler Peckron, and sons, Jerry Lawler and Larry Lawler, came into possession of a 1911Vandalia High School yearbook, the Vandalois. The Lawler children, having the personal values and integrity of both of their parents, agreed to donate the old book to the Vandalia School, if the school wished to have it.
Condition, Condition, Condition, …
… as antique dealers impress upon collectors, is good, considering it is more than 100 years old, and was a school book owned by a 17-year-old boy.
The front and back covers of the book are of the same faded and fragile white paper as the pages.
It is held together by string threaded through holes and, although the edges of the cover pages are a little ragged, the inside pages are still in good condition. The printed text is still very plain and readable, and the hand-drawn, comical illustrations and graduation photographs are clear and recognizable.
Jeanne called the high school to inquire if the school even had that year’s Vandalois in their collection, and was told the school did not have one.
Journey of the Old Vandalois
A great-uncle, Henry K. Bell, who was a member of the class of 1911, and his sister, Anita Dewald, had given the old book to Deloris for safekeeping at one time, a wise choice, because Deloris did indeed prove to be very conscientious in the safe-keeping of his book.
Deloris is now a resident of Fayette County Hospital long Term Care and as Jeanne, was helping Deloris with her household, she found the yearbook carefully packed away and preserved.
The Lawler children have enjoyed finding not only Uncle Henry’s photo in the album in various places, but other relatives and familiar names as well,
Names Remembered
One photo in the yearbook is of the senior class play cast, which lists in the cast along with Uncle Henry Edith Hausman, Margaret Kelly, Gerald Humphrey and John M, Bingaman. The cast is described by the writer as “being made up of a group of talented young people,” and the yearbook includes a review of the play – “It was a howling success in every way.”
Sponsors and  Advertisers…
… are also businesses remembered from Vandalia’s past. Attorneys Brown  and Burnside are a part of Fayette County Museum displays. Brown came to the area as a child on the Orphan Train in the days when the cities had so many very young teenagers, young children with no one to care for them. These children were left on their own to survive and were put on trains to travel over the United States in hopes of being taken in by a family during train stops.
Also noted were the business names of Sonneman, Bingaman, Kasten, Gochenour, Brownings Studio, Will P. Welker (who served as state’s attorney for Fayette County), First National Bank of Vandalia, Farmers & Merchants Bank, Barkley Funeral Home, Humphrey’s Drug and Book Store; Capps Drug and Book Store, and Hausman’s Ice & Coal Business (Charles Hausman was listed as a student in the book).
The Introduction …
… appears to have been written with tongue in cheek. While it imparts a severe warning that the volume is copyrighted: “Infringers, Beware! Any infringer will be severely prosecuted!”
The next line speaks of it being studied as a classic, and the imaginative writer continued, “It is purely romantic, it allows great scope to the imagination and may appeal to the emotions. It denotes swift action, It is directly in contrast with the old classic unities, though it must be admitted that it does follow the style of Homer and has a few resemblances to Mark Twain. The scene of action shifts frequently and long distances, as from the frigid recitation of a Latin student to a heated debate in Mr. Fagler’s civics class.”
One can’t help but wonder what path in life the writer of this introduction took – one toward the study and application of law or writing plays and stories of both drama and comedy. It would be interesting to know who the author was and what direction their life took after graduation.
We appreciate the Lawler siblings Jeanne, Deloris, Jerry, and Larry, for sharing this wonderful bit of Vandalia’s history. 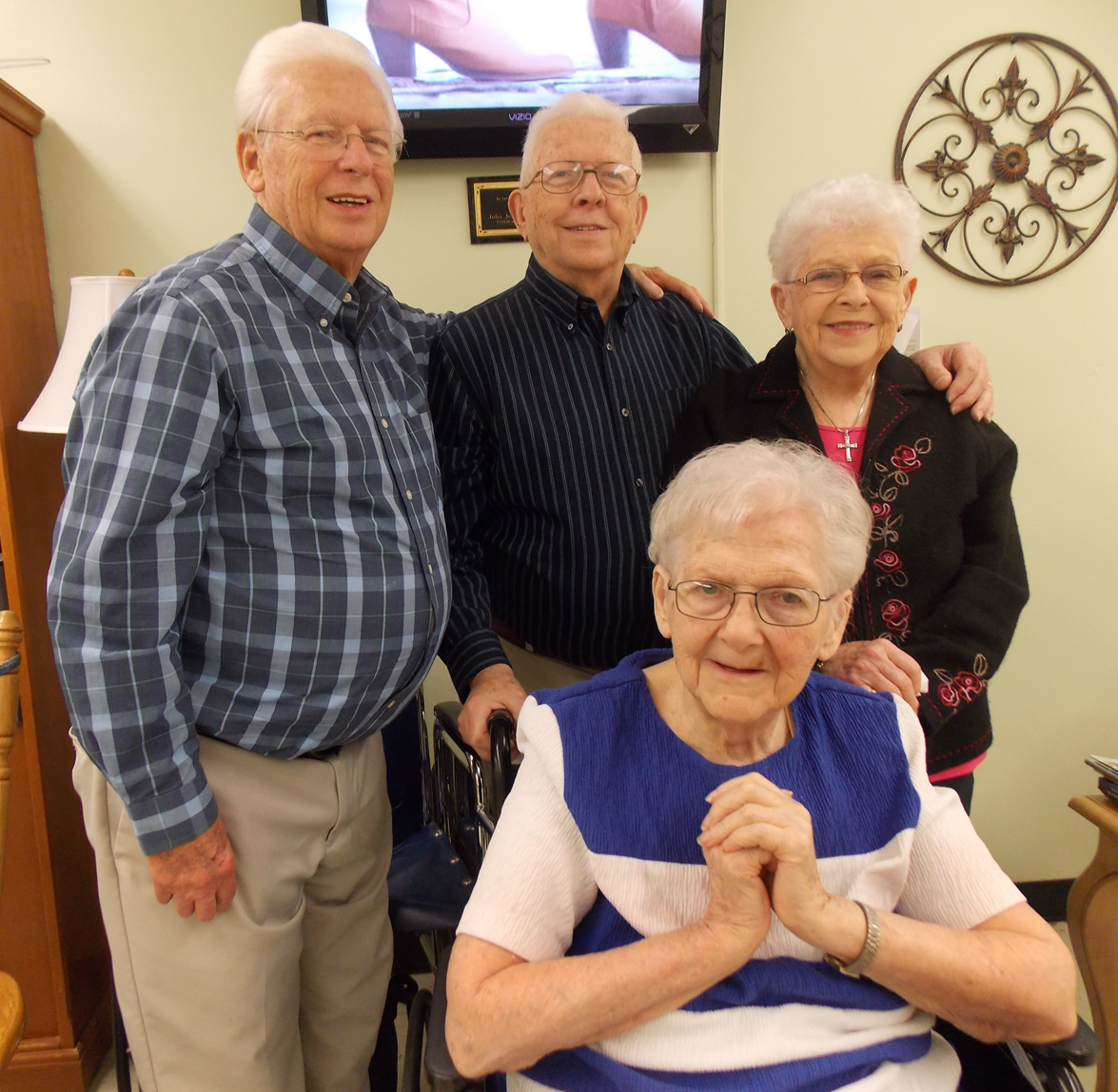 Donating a copy of the 1911 Vandalois to the Vandalia Chool District were siblings Jerry and Larry Lawler, Jeanne Hohlt and Deloris Peckron. 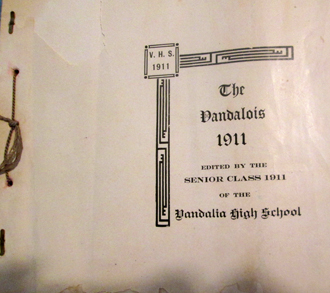