Piano students of Christine Jones performed in a recital at 10 a.m. on Saturday, May 7, at Fillmore Baptist Church.

Senior William Frailey presented the entire prelude, with Intervention No. 8 in F major, Intervention No. 12 in A minor and Intervention No. 14 in B flat major, all composed by Johann Sebastian Bach.
Frailey has been taking private piano lessons from Jones for 11 years, beginning at age 7. He will be attending Greenville College this fall.
Rebekah Frailey began the recital by playing “Fur Elise,” “America, the Beautiful,” “Battle Hymn of the Republic” and “River Flows in You.”
Teresa Frailey played the violin while Rebekah played piano; their duet selection was “The Evening Star.”
Daniel Frailey played “Easter Hymn” and “Theme from Symphony No. 1” as piano solos. He played “Now Thank We All Our God” and “Canon in D” as duets with Jones.
Laura Frailey played four piano solos – “Loch Lomond,” “Canon in D,” “The Star-Spangled Banner” and “He is Exalted.”
Teresa Frailey, a violin student of Melody Freeman of Vandalia, played two violin solos – “Danny Boy, with Londonerry Air” and “He is a Pirate.”
Kristin Frailey played “Morning Mood” from Peer Gynt Suite, “Hungarian Dance” and “At the Ivy Gate” as piano solos.
William Frailey played “Jesus, the Very Thought of Thee” in the setting of J.S. Bach’s “Jesus, Joy of Man’s Desiring as a piano solo. He also played “Great is Thy Faithfulness” in the setting of Franz Liszt’s “Liebestraum” as a piano solo.
The Fraileys are the children of Ann Frailey of rural Fillmore and the late John Frailey.
Helena Marley played “Song of Joy,” “William Tell Overture,” “The Sleeping Beauty Waltz” and “Waves of the Danube,” all as piano solos.
Marley is the daughter of Gerry and Dee Marley of rural Nokomis.
Andelyn Klitzsch played “Joyful, Joyful, We Adore Thee” as a piano solo and “Easter Hymn” as a piano duet with Jones.
Also a vocal student of Jones, Klitzsch sang three vocal solos – “His Banner Over Me is Love,” “Hosanna” and “Oh, How He Loves You and Me.”
Klitzsch is the daughter of Dave Klitzsch of Vandalia, and Brian and Donna McElvany of Shobonier.
Jones played “Amazing Grace” on the organ while everyone sang. She also played a medley of hymns and a piano solo.
Certificates were awarded to all who participated in the recital.
Rebekah Frailey was honored as Most Improved and Most Outstanding Younger Pianist.
William Frailey was honored as Most Improved and Most Outstanding Older Pianist, and he was congratulated for completing piano lessons with Jones.
Refreshments were served in the fellowship hall. 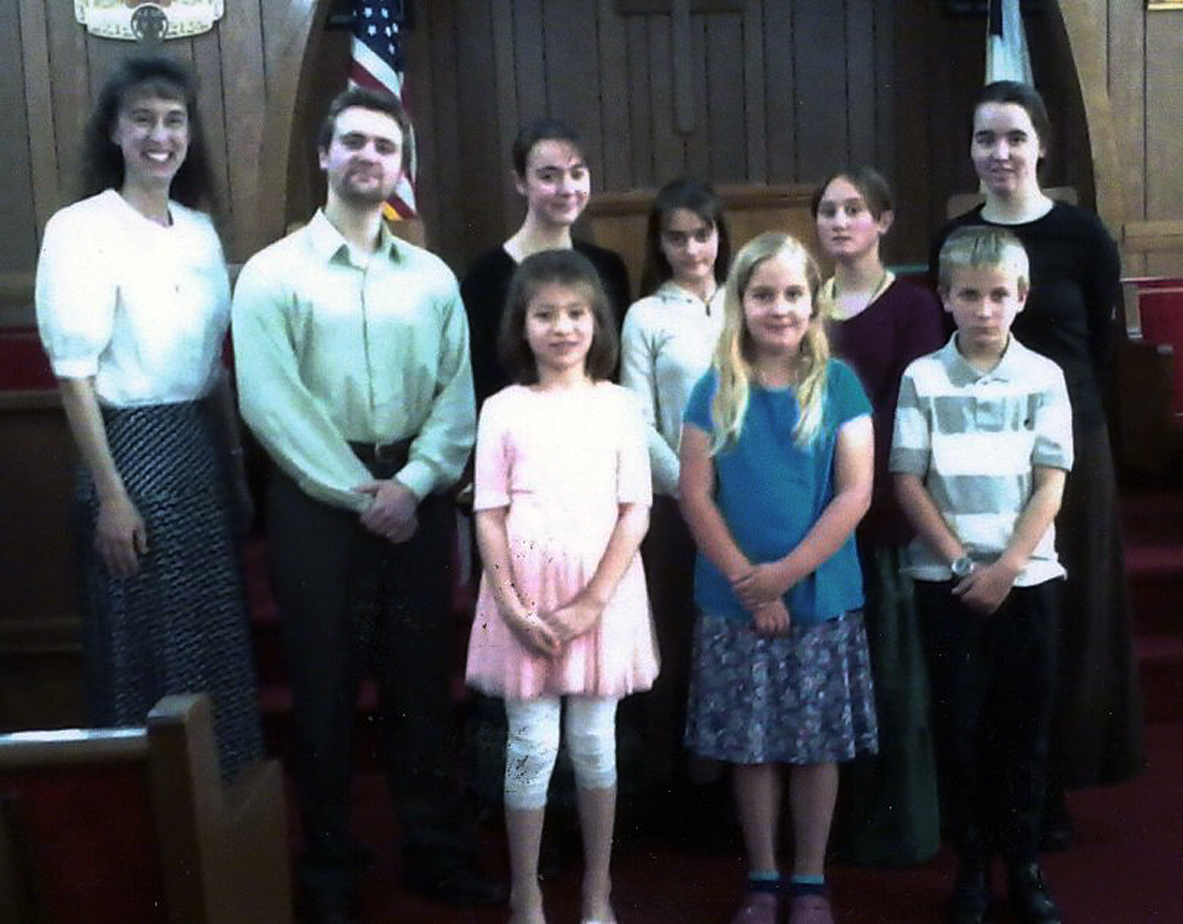