Vandalia graduate Robert Bradley recently made his decision to continue his football career at Lindenwood University in St. Charles, Mo. Location played a big factor in Bradley’s decision.
“Location and then what really came down to (making this choice) is the cost. It was by far the cheapest and the biggest school that was talking to me at all,” Bradley said. “Those factors led me to choosing Lindenwood.”
Bradley was a member of the football, wrestling and track and field team during his four years at VCHS, with three years of varsity experience playing football. In his final two seasons Bradley rushed for more than 2,000 yards,  with the Vandals coming up just short this past season with a 50-49 loss at Greenville, a game that would have put them in the playoffs for  a second straight year.
Despite the heartbreaking end, Bradley is pleased with the work he put in on the varsity squad.
“That was a devastating one; because a week before we had Pana on the ropes and I thought we were going to win that game on senior night. Then we went to Greenville and a blown coverage assignment on a two-point conversion ended up ending the game,” Bradley said. “It would have been really nice to end it all on a a post-season playoff field, but that’s just not how it shook out. I am really happy with the three years I put in on the varsity level.”
While Bradley dominated the backfield for Vandalia the past two seasons, running back is not the position he expects to play at the next level.
“In high school, I played running back on the offensive side. On the defensive side of the ball, I started out playing linebacker at the beginning of my senior season, but then they kicked me back out to defensive end,” Bradley said. “They (Lindenwood) are looking at me for linebacker and they kind of play a four down lineman, two-linebacker shell with a nickel. So, I’d definitely be an inside backer.”
Nothing is set in stone regarding Bradley’s role his first year at Lindenwood, but he knows he will have to prove himself playing at the next level, which he admits will be a much steeper challenge.
“Game speed is so much faster (at the college level). Decisions are faster, everybody else is faster. In high school, there are usually those one or two players on each team that are just amazing,” Bradley said. “In college, those one or two players are everybody on the field; everybody was the best player on their team in high school. Everything is so much faster, the players are just better.
“Most likely I will be a redshirt freshman, unless I just show up to camp and they are like, ‘Holy (cow), this kid is a monster, we had no idea,’ which most likely won’t happen. So I’ll be a redshirt freshman, basically, be a practice dummy, but then the goal after that is to get reps, try to get in there and open their eyes and try to hopefully make the traveling team as a redshirt freshman.”
Bradley attributed his football and overall athletic success to his father, Steven Bradley, who he says “pushed me to be the best player that I can be.”
“He was on the coaching staff my senior year. He has really pushed me, and then coach (Jason) Clay and coach (John) Stout always pushed us during football season to be our best on the field and off the field,” Bradley said. “And then, coach Clay during football and into wrestling season and even into track season was always checking in, making sure (I’m) doing the right things.”
Adding on to Bradley’s on-field success was a similar work ethic in the classroom, finishing his senior year with a 3.97 GPA and earning a scholarship to Lindenwood that will provide him with full tuition.
With his high school memories in the past, Bradley is excited to focus on what lays ahead, a new challenge and an opportunity to prove something at the next level.
“There is always a hope and a dream,” Bradley said. “(I’m) really excited to get back on the field, It’s been a year and I’m just ready to put the pads back on.” 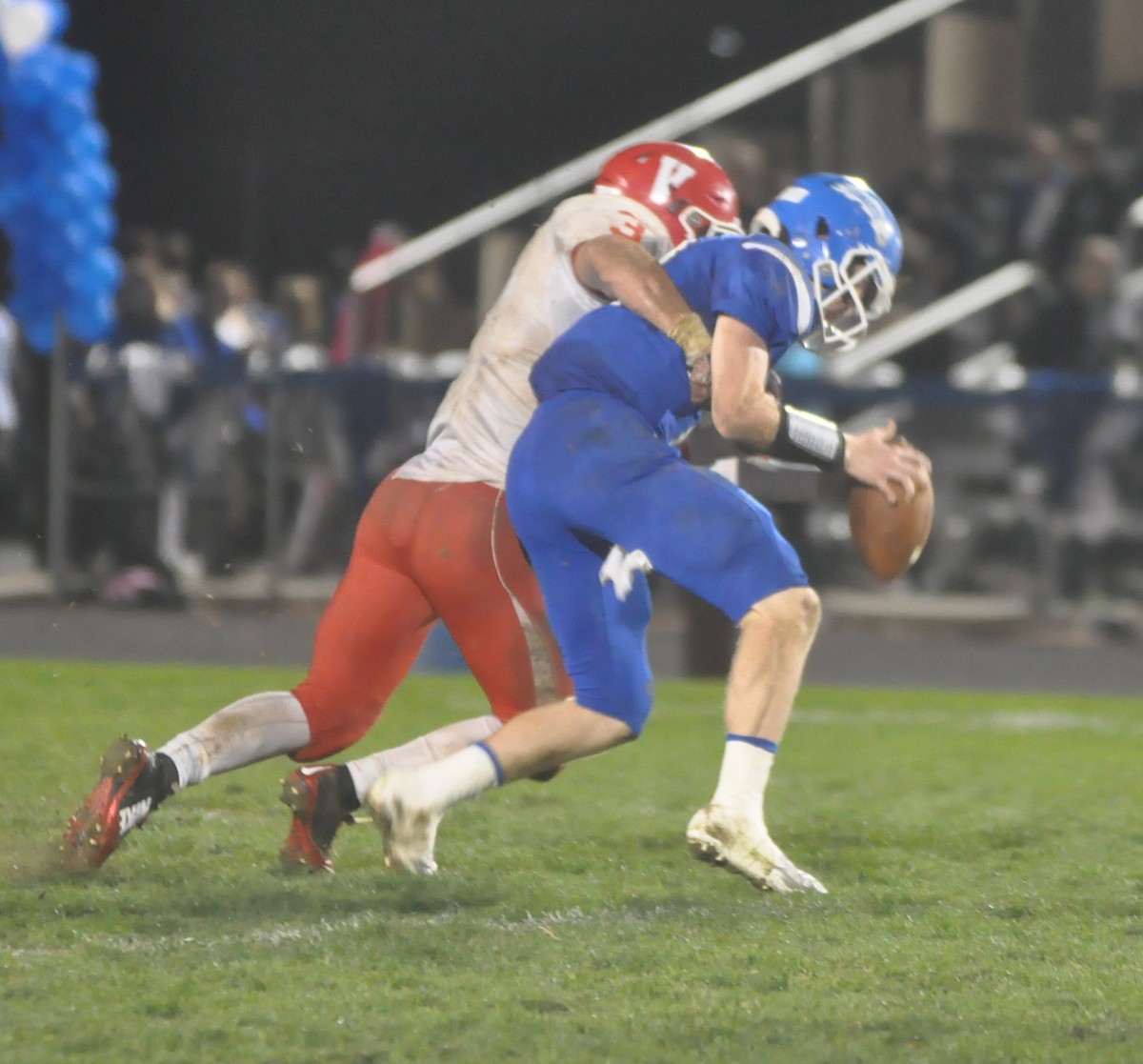 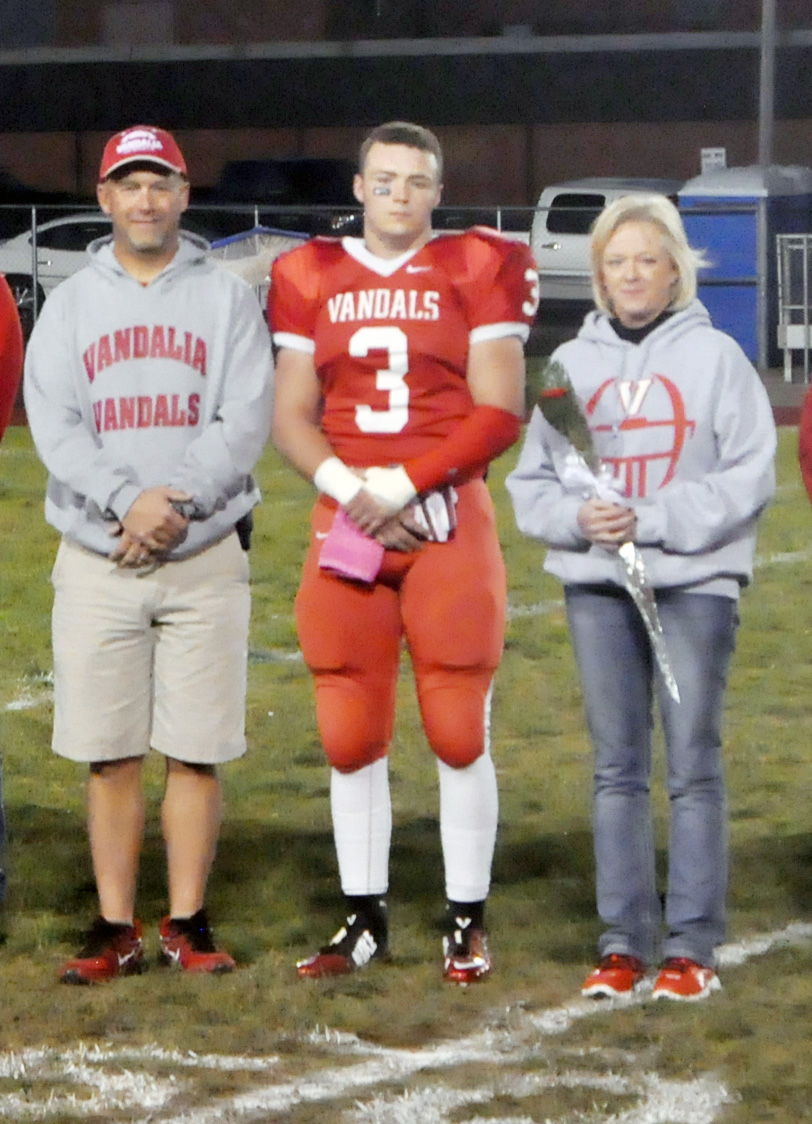 Robert Bradley stands with his parents, Steven (left) and Lisa Bradley (right), during senior night this past season.