The Fayette County Genealogical Society was organized on May 27, 1971, at a meeting held in the Hospitality Room at Farmers and Merchants Bank in downtown Vandalia.

On hand to direct and advise the group of Fayette County citizens to organize a society here were Mrs. Claude Jesse of Macon, president of Illinois Genealogy Society; Mrs. Amanda (Maurice) Sefton of St. Louis, secretary of the St. Louis Genealogical Society; and Lowell Volkel of the Illinois State Archives.
The first officers were: Anna Gene Harris, president; Walter Johnson, vice president, Bea Davies, recording secretary; William G. Schumacher, corresponding secretary; Richard Paul, treasurer; Daisylee White, historian; and Alenia McCord, parliamentarian.
At the first meeting, it was decided to extend the deadline to become a charter member of the organization to Jan. 1, 1972, and by that time, the group had 46 people who became charter members. Of those, Richard Paul, of Vandalia is still active in the group and holds the office of parliamentarian.
In the early days, the group had begun to collect genealogy reference books, and with no real place to put them, they were put in boxes and stuffed under Alenia McCord’s bed.
As the collection grew, the group approached Evans Public Library, which not only gave the group space in the library to house its beginning collection, but the Friends of the Library donated $1,200 toward the purchase of reference books.
Two history books, the “History of Fayette County” from 1878 and “Encyclopedia of Illinois and Fayette County, Illinois,” first published in 1910, were reprinted as money-making projects. Volunteers copied more than 180 county cemeteries in four years time, and all results were published in “Fayette Facts.”
Within a year, membership neared 100 members and at its heyday topped 350. As the Internet and online sources because available, membership dropped to is current level of about 175.
After organizing, the group immediately began plans to publish a newsletter, and they headed out to copy headstone information from county cemeteries.
Issue one contained Bible records of the Lipple family, contributed by Walter Johnson, who had copied them during Bible Day at St. James Lutheran Church. The first copies were mimeographed at the high school by Elaine Culbertson, school secretary.
Since this time, entries from more than 50 family Bibles have been published through the pages of “Fayette Facts,” which in 1973 went from a two-page newsletter to a 50-page quarterly booklet filled with information from family histories, newspapers, courthouse records, cemeteries and, yes, Bible records. The organization purchased a mimeograph machine and has self-published most of its books.
Alenia McCord served as editor from 1973-86, when she retired, and Linda Hanabarger took up the reins. “Fayette Facts” has been published twice annually since 2010, due to the increase in postage rates and decrease in membership.
In 1976, the society sponsored the erection of a monument to soldiers of the American Revolution, dedicated on Sunday, July 4, 1976 during the Bicentennial celebration. In 1988, a reprint of the “Historical Souvenir of Vandalia, Illinois,” first published in 1904, was reprinted.
The following year, fundraising efforts to provide a security system for Evans Library were successful.
In the late 1990s, Evans Library provided extra space to the group for its collection, which had grown to nearly 2,000 books and periodicals.
Ken Ortegren, a local craftsman, was hired by the group to build two book cases to match those already in place.
More than 3,000 genealogy reference book and periodicals, microfilmed newspapers and census records are available for public use.
In 1994, following discussion with Josephine and Mary Burtschi, founders of the Vandalia Historical Society, the society added the word “Historical” to our name to better identify our goals and mission.
One cannot put together the history of a family without coming across the intertwining events that make the history of our townships and county.
In 2008, the group underwrote the cost of reproducing two Vandalia historic films from 1936 and 1938 onto a DVD. The most recent project has been publication of the new book, “Fayette County Illinois – History & Families.”
There is not enough space on this page to list all of the people who, starting in 1971, got behind the idea of the Fayette County Genealogical Society and worked so hard that not only are we one of the earliest societies to form in the state, but our reference library has long been considered by researchers as one of the best in Southern Illinois.
Current officers are: president, Linda Hanabarger; vice president, Gloria Durbin; treasurer, Steven Durbin; recording secretary, Cathy Smith, corresponding secretary, Steven Durbin; and parliamentarian, Richard Paul. Board members include  Donna Blair, Opal Earing and Richard Paul.
The Fayette County Genealogical & Historical Society meets on the first Tuesday of each month, with the exception of July and December, in the meeting room at the Evans Public Library.
Meetings begin at 6 p.m. and are open to the public.
Do you have a passing interest in your family? With the Fayette County Genealogical & Historical Society celebrating its 45th  year, it is very possible that some information has already been recorded with the pages of “Fayette Facts.” You can contact us at [email protected] with questions. 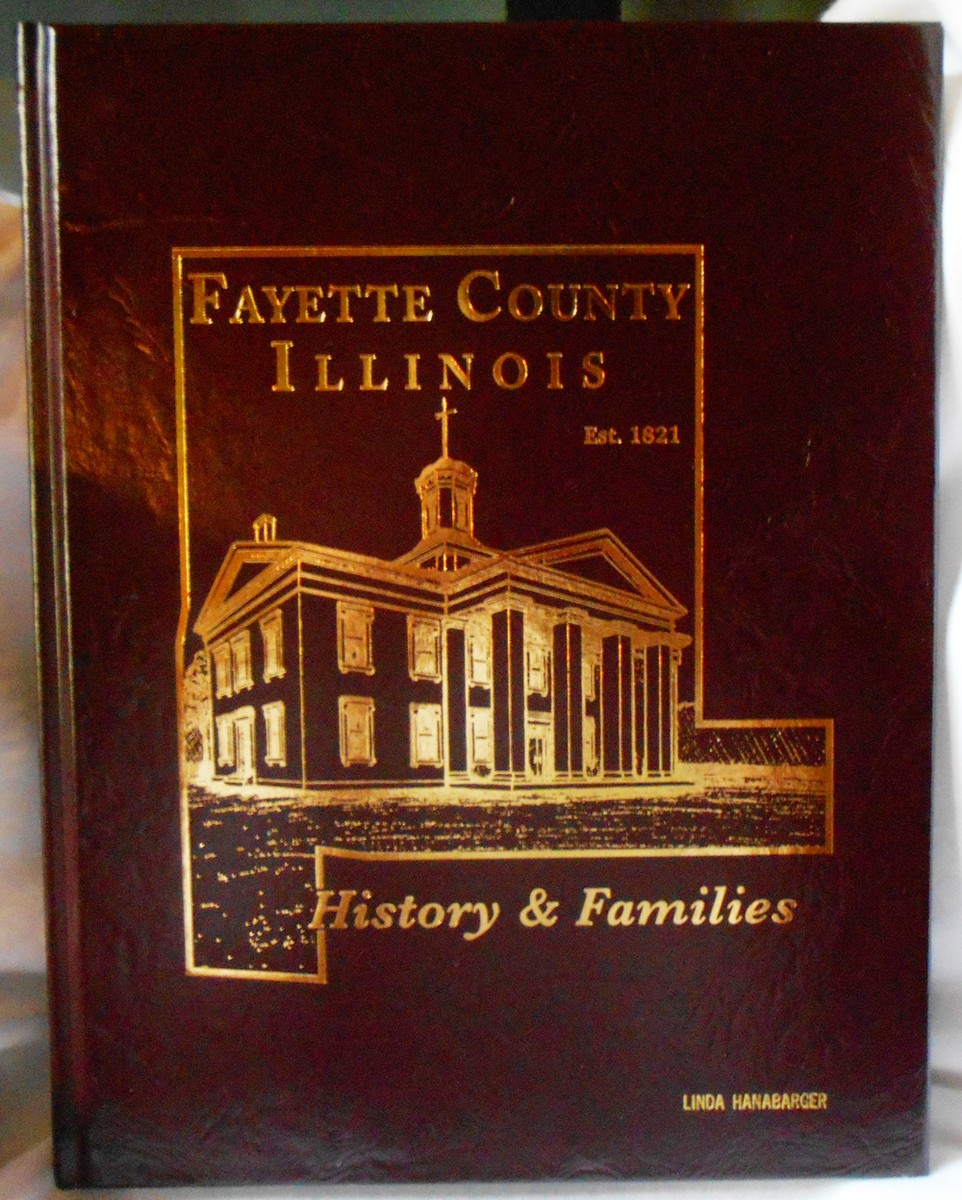