After a top-eight finish at the Monmouth Shootout two weekends ago, the Vandalia High School boys basketball team kept the momentum going Monday and Tuesday in the third of four home shootouts, finishing 6-1.
Vandalia defeated Seneca, Fairfield and Okaw Valley to finish Monday 3-0.
The Vandals got the offense going early against Fairfield. A Garret McNary layup and three-pointer in transition from Nathan Casey helped Vandalia jump out to a 17-9 lead early in the first half. However, the Mules battled back to cut the lead to just three heading into the second half.
Fairfield continued to chip away in the second, taking a 39-34 lead after a pair of baskets inside the paint. A successful three-point play from Marcus Zimmerman gave the lead back to Vandalia, 44-43, with a little over five minutes to play.
The back-and-forth action continued, with Vandalia ultimately pulling away for the win, 58-51.
Vandalia played another closely contested game against Okaw Valley to close out Monday, trailing 30-29 heading into the second half.
Okaw Valley extended its lead to six early in the second half before Vandalia mounted a comeback. A pair of free throws from Vandalia’s Ethan Ferguson tied the game at 50 late in the second.
Ferguson scored on a layup shortly after, as the Vandals pulled out to six-point lead. From there, Vandalia held on for the win, 58-56.
Vandalia closed out pool play Tuesday with a pair of wins over Martinsville and Newton. In tournament play, Vandalia played a familiar foe from last season, East-Alton/Wood River, a team they defeated in the regular season.
Playing just one 20-minute half, EAWR jumped out to a 21-14 lead 10 minutes in. With less than two minutes to play, Richie Well tied things up with a  layup and a successful and-one. Neither team scored from there, forcing sudden-death overtime.
After winning the tipoff, McNary quickly found Casey under the basket for an easy layup to give the Vandals the win, 32-30, advancing them to the next round against Edwards County.
Sitting at 6-0 in the shootout, Vandalia was unable to keep the momentum going. Edwards County took a three-point lead late, holding for the win as Vandalia was unable to convert on a pair of opportunities from beyond the arc.
Vandalia head coach Brian Buscher was not disappointed with his team’s effort in what was their only loss of the shootout.
“It was a back and forth game. There were some offensive rebounds early where I thought we could have done better, but it was a good game all the way around,” Buscher said.
Overall, Buscher was happy to continue to build team chemistry, with Kain DuFaux (who missed the first two home shootouts) getting an opportunity to play with fellow post-player Ethan Bayles (who missed the Monmouth Shootout).
“We played really well; I would like to say maybe fatigue (played a role in our last loss). We have put some things together. We had Ethan Bayles at the first two shootouts and then we went to Monmouth with Kain DuFaux (which Bayles wasn’t at),” Buscher said. “So, we finally got them both here at the same time. It’s good to play together and it's good to get that chemistry to see where people fit in – that’s what summer is all about. It gives us a better idea.”
After struggling with the size of some of their opponents last season, Buscher likes the new look of having Bayles, DuFaux and Casey in the lineup, with all of them 6-foot, 2 inches or taller.
“A couple times today, we had Bayles, DuFaux and Casey in at the same time, and that’s a little bit of a different look. I’m just playing around with things a bit, because I know we are going to have a good solid base of kids and I want to see where they fit in,” Buscher said.
The Vandals are 18-14 in summer basketball action and will wrap up shootout action Monday and Tuesday in the final Vandal Shootout. 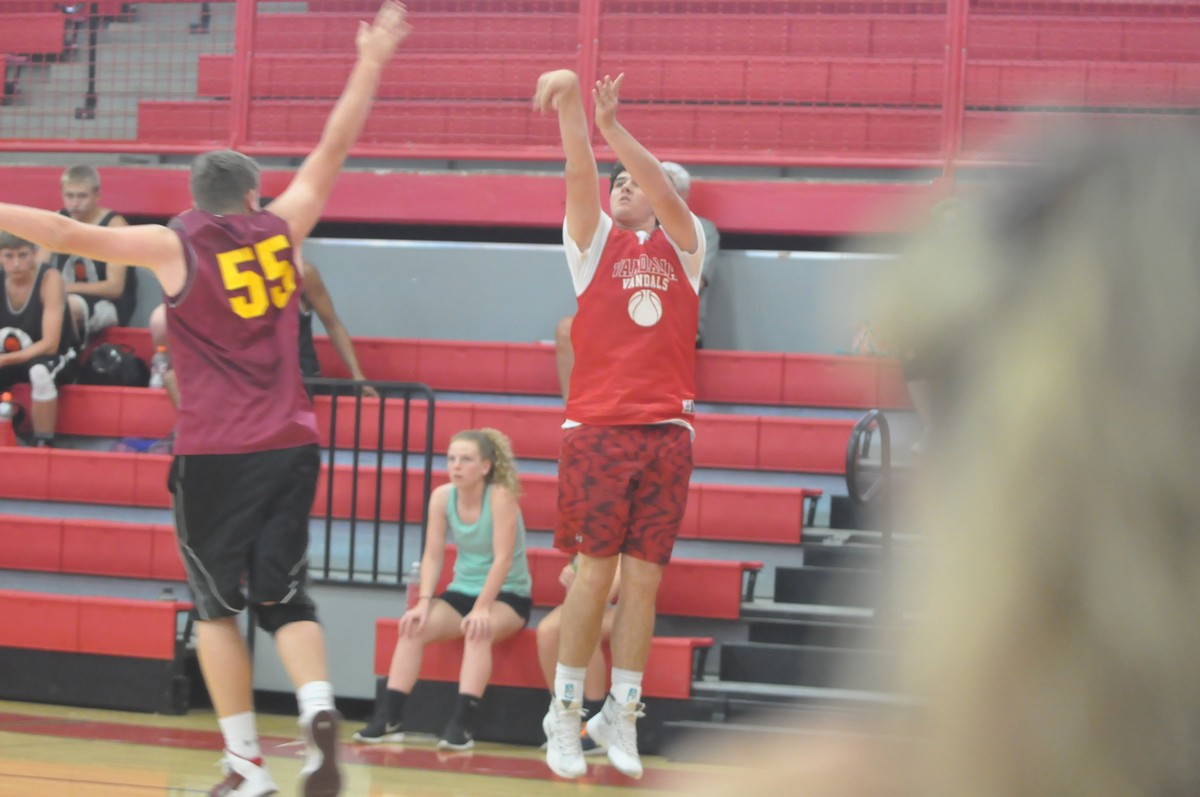 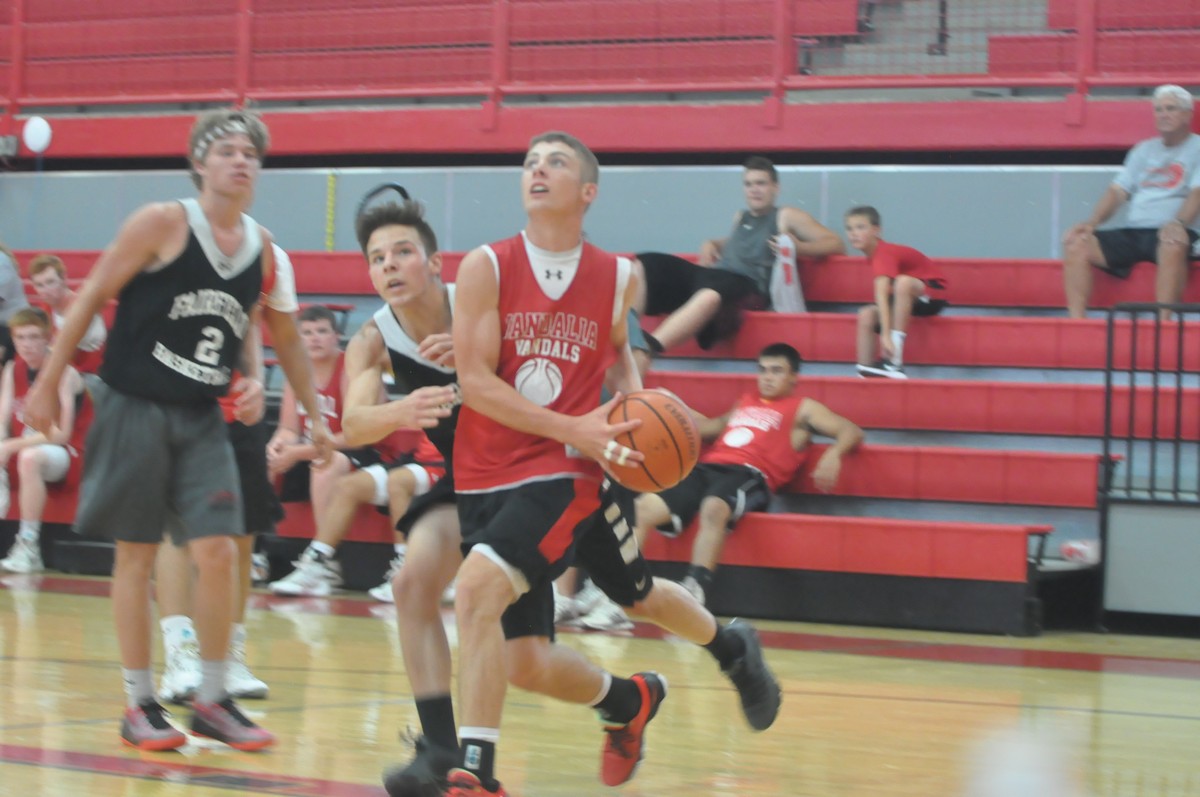 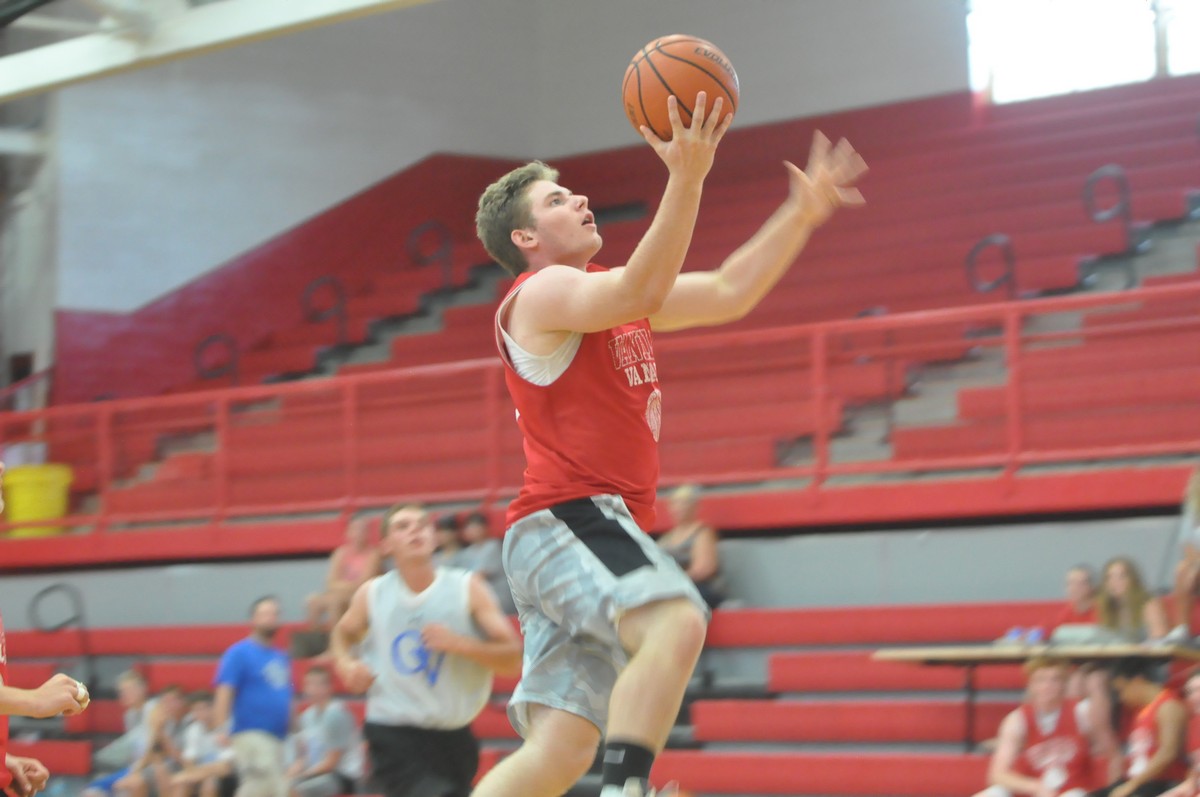 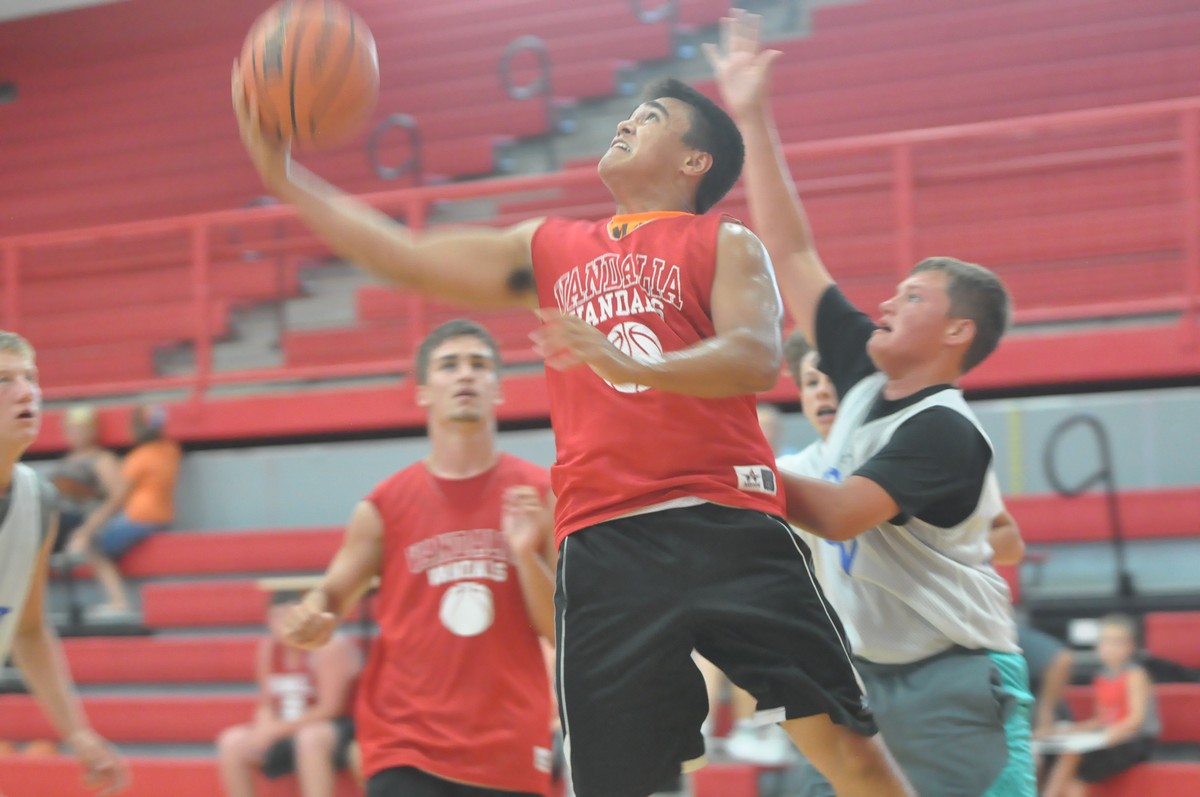