The Lady Vandals continued summer basketball action at Illinois College in Jacksonville Friday and Saturday, finishing 2-3 after a promising 2-0 start Friday.
Vandalia opened with double-digit wins over Jacksonville and Berkely, facing what head coach Michelle McNary considered some very physical play.
“We beat Jacksonville by about 20 and then we beat Berkeley by about 15. They (Berkeley) pressed a lot and they were physical,” McNary. “It kind of got a little bit rough, but we were able to hang in there and pull out a win.”
The physical play carried over into Saturday morning, as Vandalia was unable to keep its winning streak going, falling to Alton, 27-25.
After trailing by eight to open the game, the Lady Vandals were able to mount a second-half comeback. Anna Miller gave Vandalia its first lead of the game after a steal and subsequent layup in transition.
Alton took the lead back, 25-23, before Olivia Marquardt hit a mid-range jumper to tie the game late in the second half. However, Alton converted on a layup with a minute left and was able to hang on for the two-point win from there.
Vandalia’s offensive struggles continued in the next game, as they managed just six first-half points against Rushville. Trailing 14-6 to open the second half, the Lady Vandals offense found some life late.
A putback from Miller capped off an 11-4 run to cut the Rushville lead down to five. Marquardt converted on a layup with under a minute left to push within three, but Vandalia’s comeback effort would end there, as Rushville hung on for the win, 27-23.
McNary was disappointed with her team's inability to capitalize on good defense, citing turnovers and rebounding as the difference makers.
“The thing is we are working hard defensively, but then we shoot ourselves in the foot because we turn around and give it right back to them,” McNary said. “We get a little bit impatient or nervous, because we are not at handling the ball right now. It seemed like sometimes we would get steal and nobody would want to keep the ball. It was like hot potato, a lot of pass, pass and people aren’t ready for it.
“The other big thing, I was disappointed with this last game was that we gave up six offensive rebounds in one series off of a free throw. When you give a team six opportunities, they are going to score eventually,” she said. “We had every opportunity to win that game after getting down by probably 10 or 12 and ended up losing by four. I feel like if that was a game in the season, that’s a game I think we would be able to win.”
Vandalia closed out the shootout with one more loss to cap off a weekend of mixed results. The Vandals were without Megan and Molly Kern on Saturday as well, something McNary attributed to her team’s inability to handle the physical play as well compared to Friday’s 2-0 start.
“It was really physical and we didn’t have Molly or Megan Kern here today, so that makes a huge difference when I can’t rotate those big girls in and out like I have been,” McNary said. “I felt like yesterday, we got some different things clicking and today we didn’t have that because we didn’t have the rotation with the bigger girls – that was a little bit of the difference today I think.” 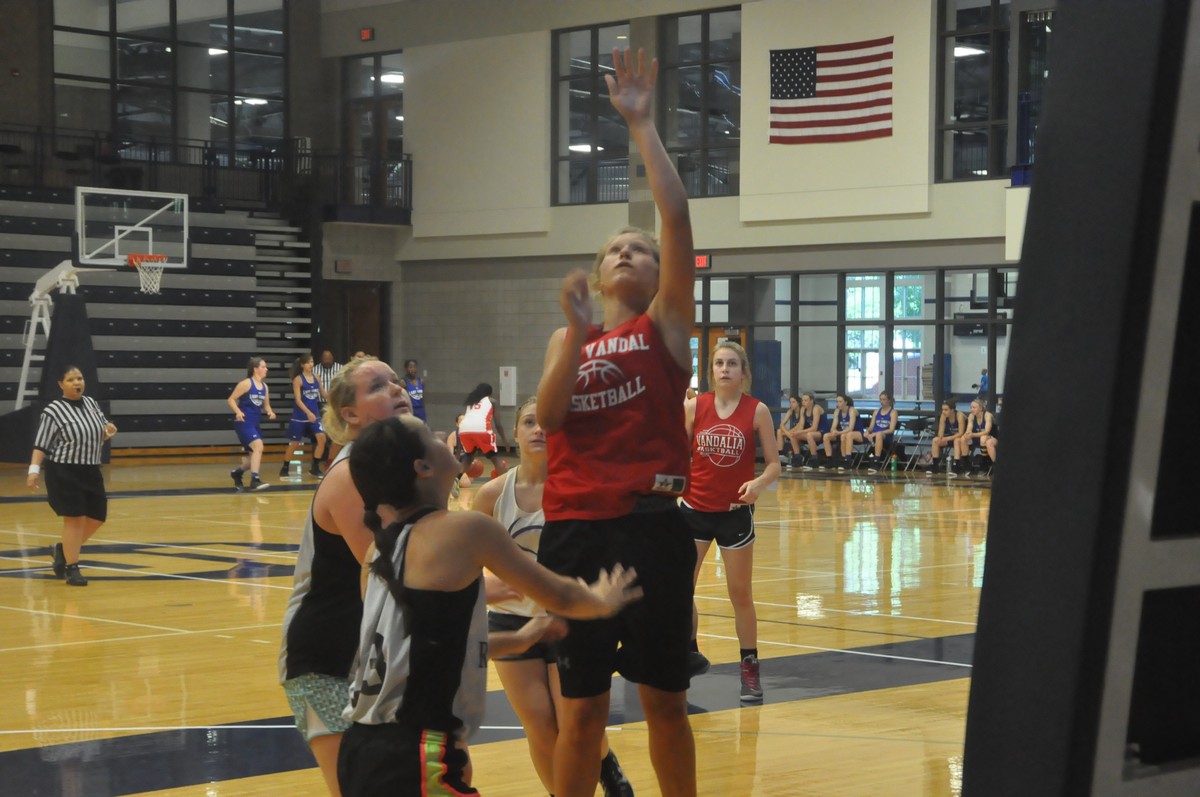 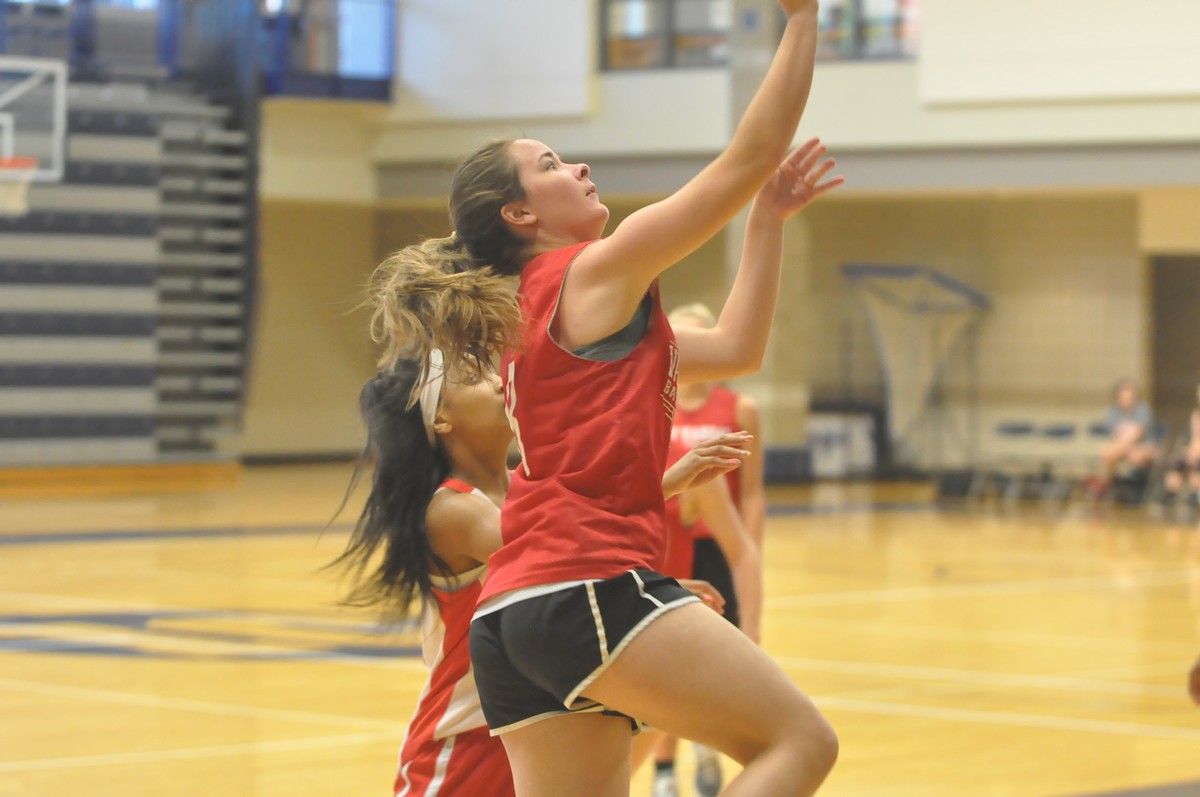