The Vandalia 17-and-under baseball team improved to 2-0 last Wednesday evening with a sweep over the Cumberland Force in doubleheader action.
Vandalia head coach Rich Well chalked up Wednesday as a good opportunity to test out his entire team’s ability to play in different situations by batting a 14-man lineup, something he doesn’t plan on using once tournament season begins.
“We take a different approach to the Wednesday night (games). We are still in the pretournament mode. We are batting a 14-man lineup, and it makes it difficult because a lot of kids are getting one, two at-bats a game and we are splitting pitchers,” Well said. “But, the kids understand that we are trying to get situations in, everybody is rotating in on defense and trying to get to a comfort zone, so that when we go to Jacksonville, when we go to SIUE and when we go to EIU, we will be down to a 10-man lineup and roll over to the top of the lineup more often.”
In game one of the doubleheader, it was the bottom of the lineup that came up big late. Two runs in the top of the first and third helped Cumberland jump out to a 4-1 lead, extending it with one more in the fifth.
Then, the comeback began. Nathan Casey quickly cut the lead to just two in the bottom of the fifth, as he connected for a towering two-run home run over the right-field wall.
With the game set at a 90-minute time limit, the Vandals found themselves in need of three runs in the bottom of the sixth, which would prove to be the last inning.
A pair of hits, a walk and a sacrifice fly to open the inning helped bring one run across the plate. A strikeout for the second out of the inning brought Preston Ruckman up to the plate in need of clutch hit to keep the game alive. Ruckman was able to hit a hard ground ball to the shortstop playing in, causing him to fumble the ball and allowing the game-tying run to cross the plate.
With Blake Morrison signifying the winning run on third, leadoff hitter Andrew Herpstreith delivered with a walk-off single to give Vandalia the game-one win, 6-5.
Game two was a little less dramatic, as Cumberland native Blayke Cutts toed the rubber for Vandalia, showcasing a dominant pitching performance. Cutts did not allow a hit in the first two innings, striking out three of his six outs.
However, a long bottom of the second that featured five Vandal runs to give them an early 6-0 lead was followed by the game being called as a set of the field’s lights were not working, forcing officials to call the game due to darkness.
“Tonight was a good opportunity for those guys toward the bottom that made some things happen at the end and we snuck out a win,” Well said. “Unfortunately, we weren’t able to get more innings in, because the lights failed us, but we got some ball in.”
Well was pleased with Cutts's effort in game two, praising the power pitcher for his ability to attack the strike zone.
“Blayke has pitched with us on and off since he was 12, and he has always been a power pitcher, and tonight, he was ahead of most of their hitters. It makes for a pretty comfortable situation,” Well said. “When we get to the bigger tournaments, we are going to be have to be making plays. Tonight, they were able to sit back a little bit as he was blowing the ball by people.
“He does a nice job for us on the mound and it looks like he is probably going to go to Lincoln Land to play baseball, which is an outstanding junior college.  That’s kind of the goal with a lot of our other kids, as they get through high school, to move on and play college baseball.”
Sitting at 2-2, Vandalia will continue action this weekend at the Perfect Game Super 25 Central Regional in Jacksonville. The break in action is something Well chalked up as a good thing, with the majority of his team practicing for both the upcoming basketball and football seasons.
“That’s the tough thing about being in a smaller school – some of our kids are three-sport athletes, plus they are lifting at 6 in the morning. We have a lot of kids that are physically tired, so the mental part becomes very important,” Well said. “That’s the struggle of small-school three-sport athletes; you are in a sport and a half year-round and right now they are in three sports.
“We have to be cognizant of that, but they have to be mentally tough enough to just do the best they can and give everything they have.” 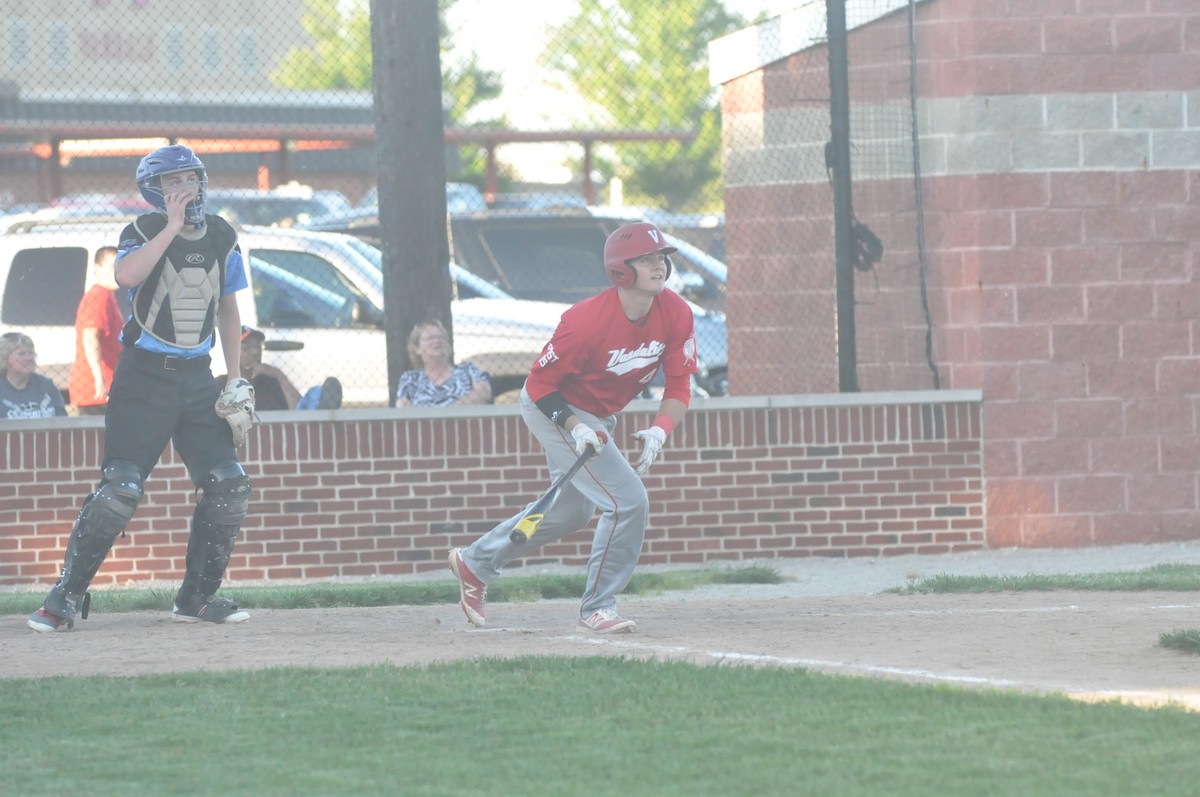 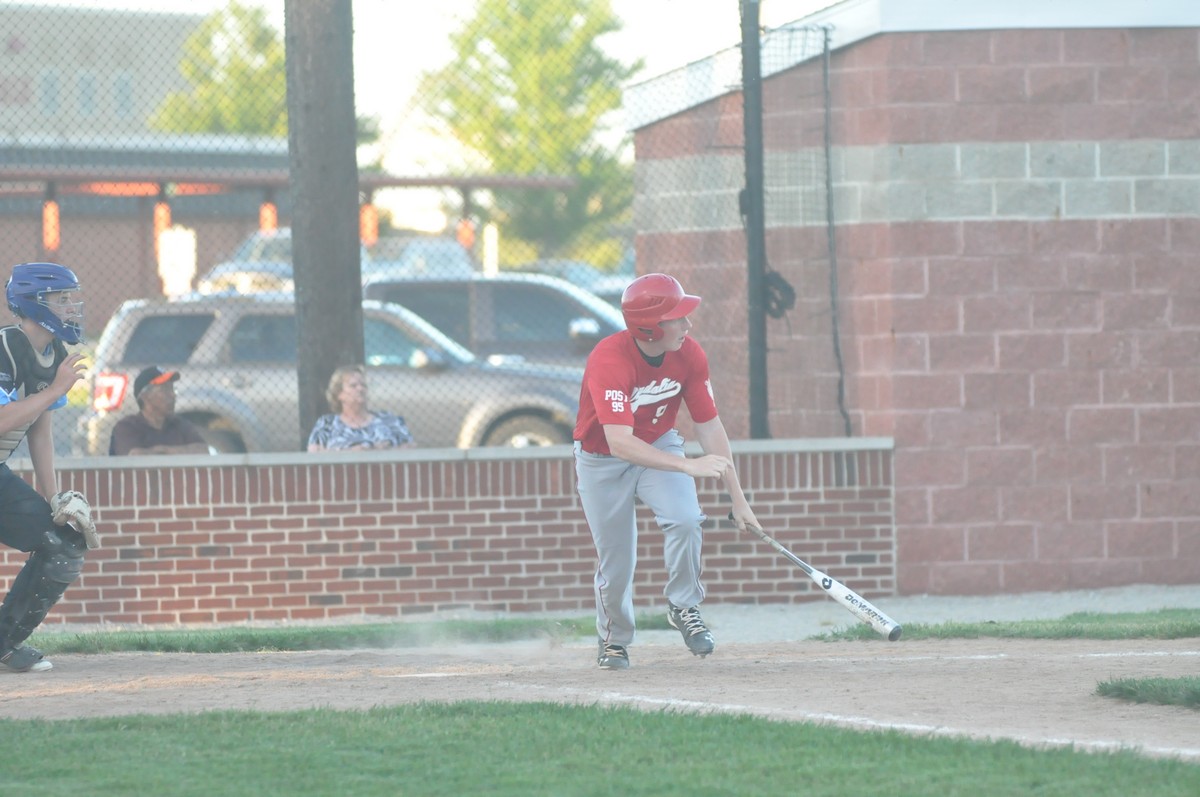 Andrew Herpstreith puts his bat down after connecting for a walk-off single over Cumberland last Wednesday evening. 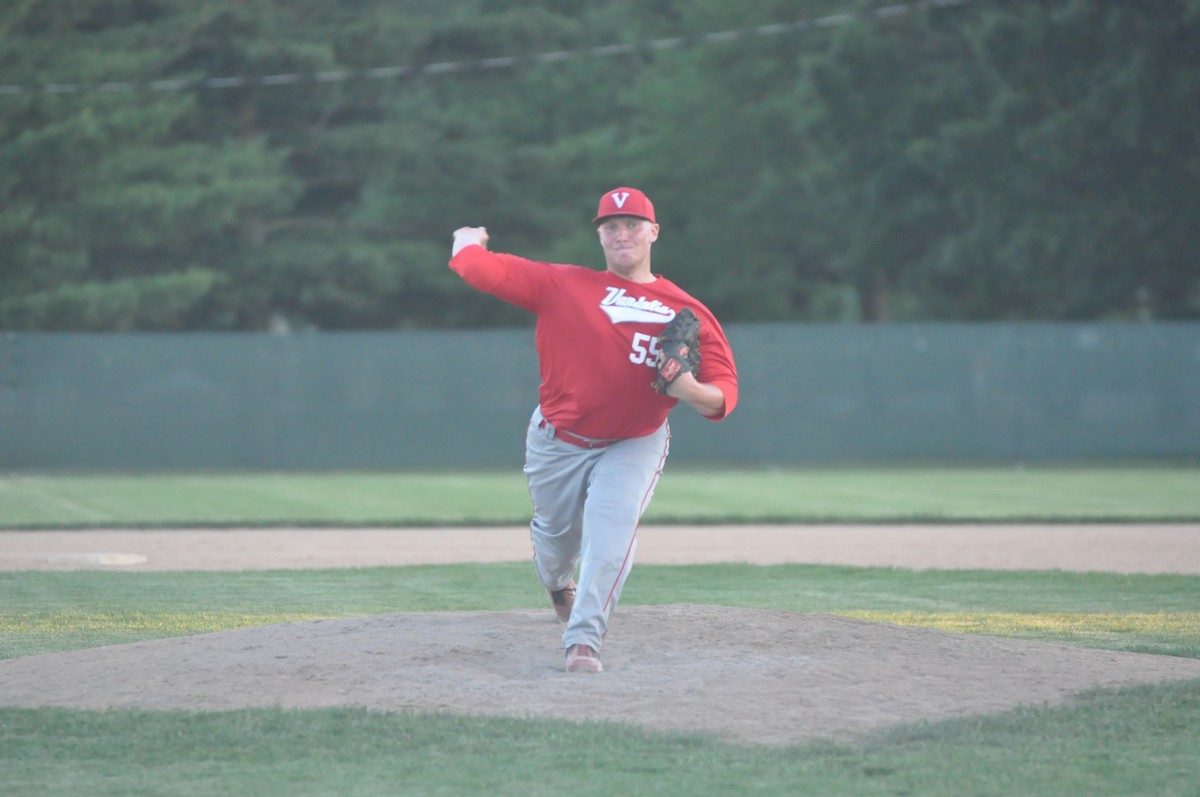 Blayke Cutts delivers a pitch in game two of doubleheader action against Cumberland last Wednesday. The game would be called due to a light malfunction after two innings. 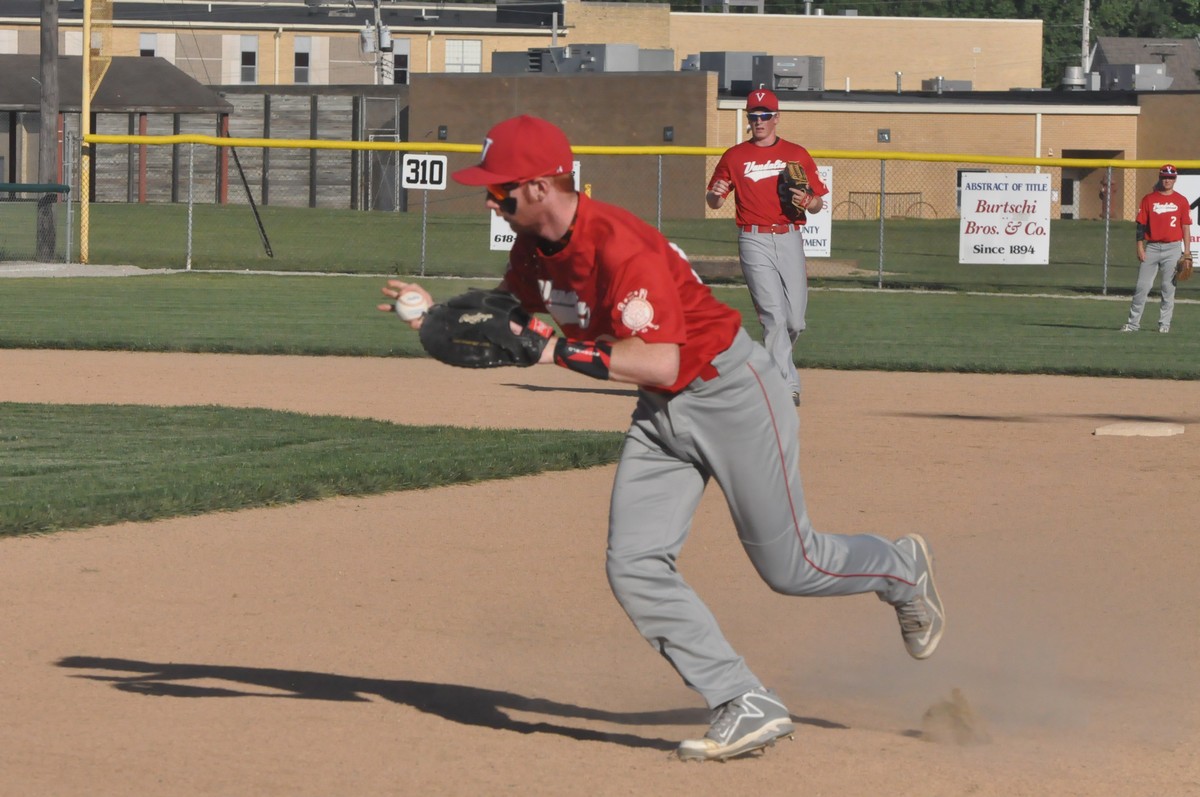 Preston Ruckman signals to the pitcher as he runs to step on first base for the force out.