The VJHS girls and boy track team competed in four events at the IESA Class AA State Track Meet Friday and Saturday, with Hayden Marquardt and Cameron Withers capturing first and second in the seventh- and eighth-grade pole vaulting events, respectively.
Miley Worker kicked off the action early Friday afternoon, as she was able to match her PR (personal record) in the seventh-grade girls pole vault with a height of 7 feet. However, she was promptly eliminated after three unsuccessful attempts at 7 feet, 6 inches.
Lauren Hagy rounded out the girls action Thursday for VJHS, as she was unable to advance past the prelims in the 100-meter dash.
While Hagy and Worker were unable to advance Thursday, seventh-grader Marquardt more than made up for it. Significantly shorter than the rest of his competitors, Marquardt showed off superior pole vaulting technique, as he and only one other pole-vaulter remained after the height of 9 feet, 6 inches.
However, Marquardt was able to clear the 9 feet, 9 inch height with ease on his first attempt, while his competition was unable to do so, awarding Marquardt the first-place finish. He wasn’t done.
Shortly after clearing the first-place winning height, Marquardt attempted to clear 10 feet, something he was successful at on his second attempt, breaking his own personal best by 6 inches. He made one last attempt at another PR and, more importantly, a school record of 10 feet, 4 inches VCHS junior Curtis Gordon set his seventh-grade season, but Marquardt came up painfully close on his third and final attempt of the day.
Eighth-grader Cameron Withers continued the trend of pole vaulting success Saturday afternoon, as he was able to smash his own previously set PR of 10 feet, 3 inches and finish the day at 11 feet, good enough for a second-place finish in the eighth-grade boys division.
VJHS boys head track coach Todd Marquardt was more than impressed with his two competitors performances, one of which being his son.
“Oh yes (we met and exceeded expectations), very much so. It’s crazy when you are up there and you see all the clubs and all the schools and all the equipment, and we come up there with two kids and two poles each and take first and second. It was really fun,” Marquardt said. “Cameron had a 10 or 10-3 and he went 11. Hayden had a 9-6 PR coming in and he went 10.
“We had other coaches definitely commenting on the quality of our jumpers technique. It was exciting.”
The seventh-grade girls 4×100-meter relay team of Worker, Hagy, Jadie Keck and Gracie Pruett rounded out action Saturday, as they were unable to advance, despite finishing in the middle of the pack in its respective heat. 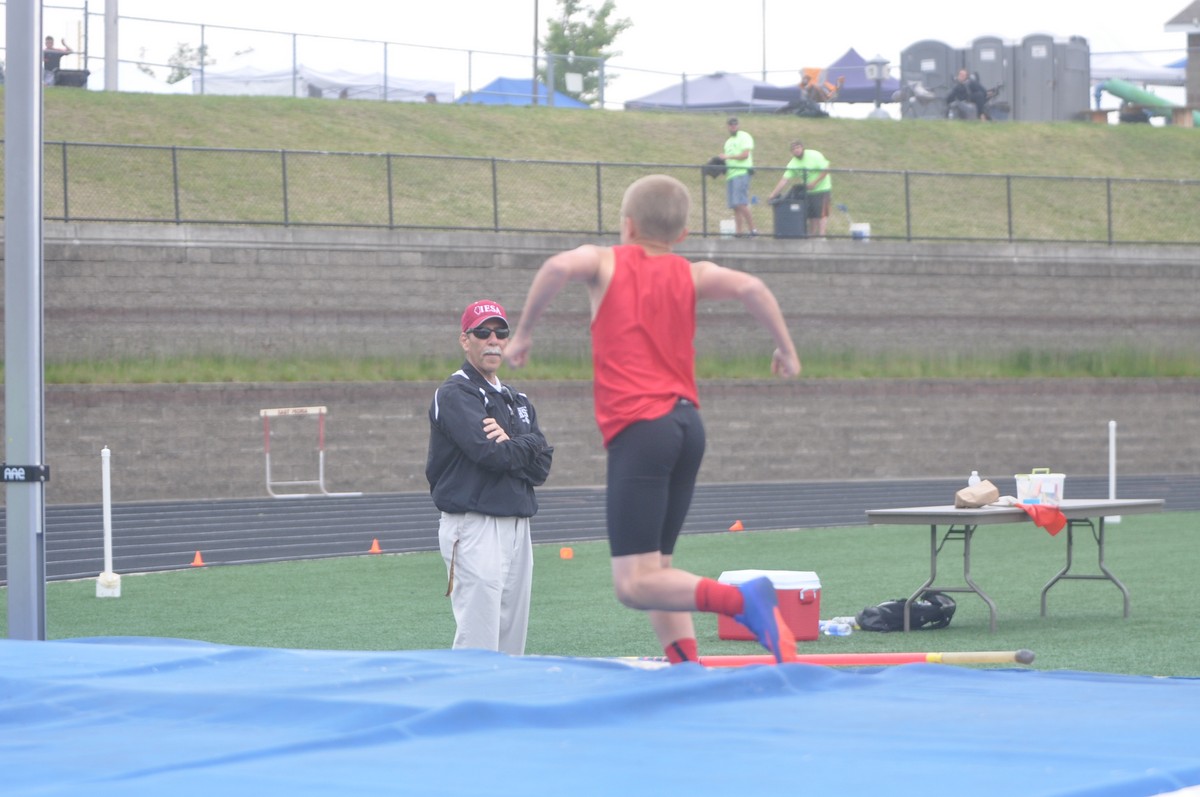 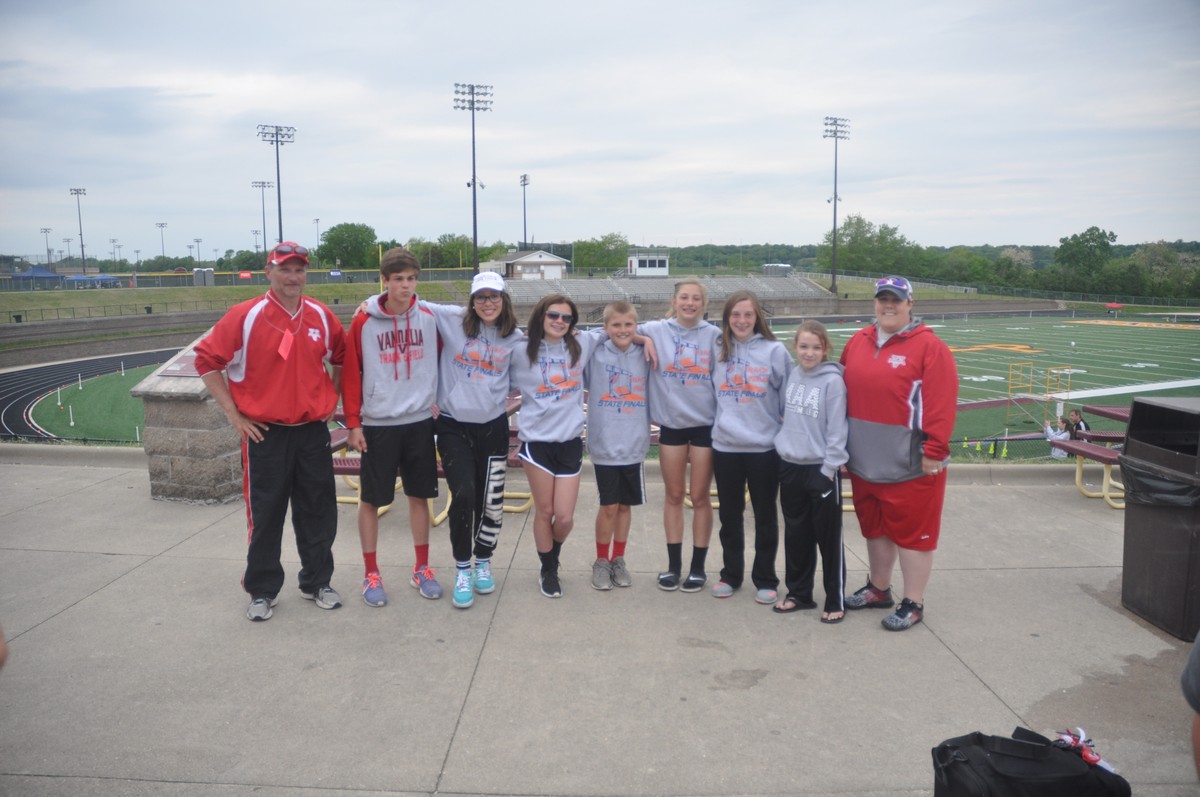 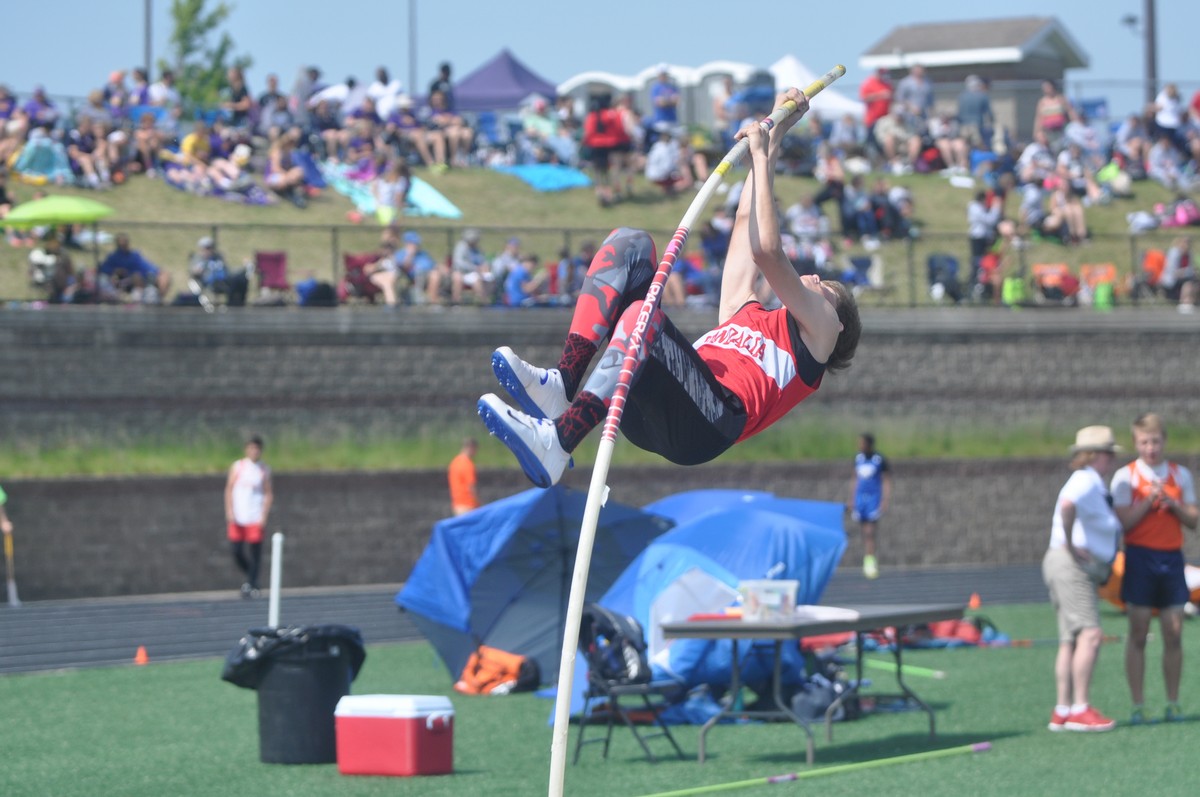 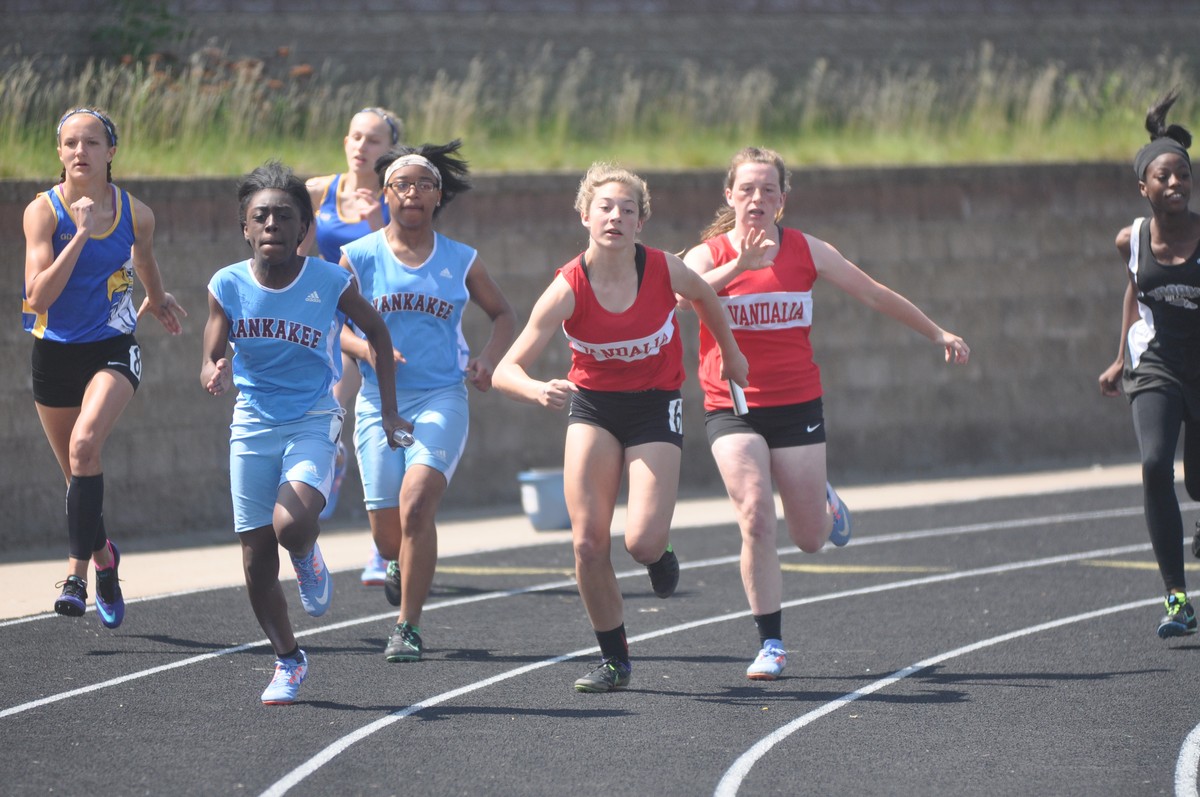 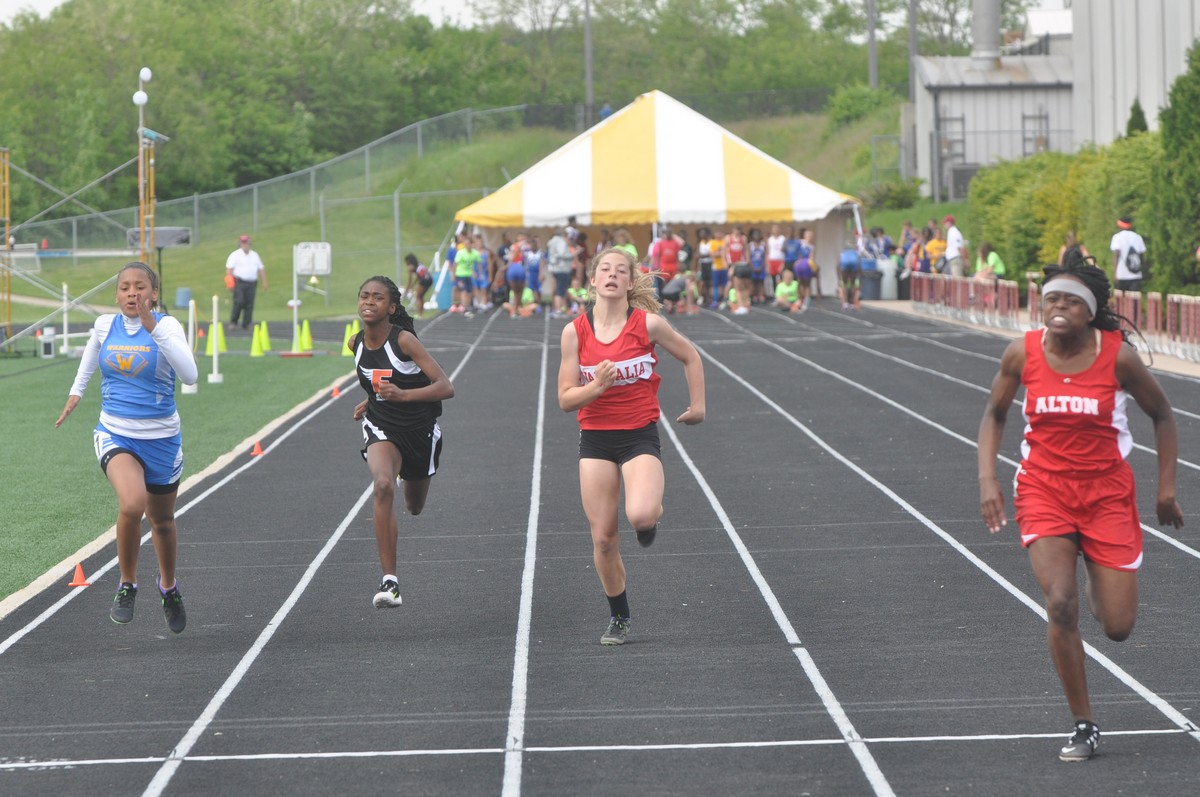 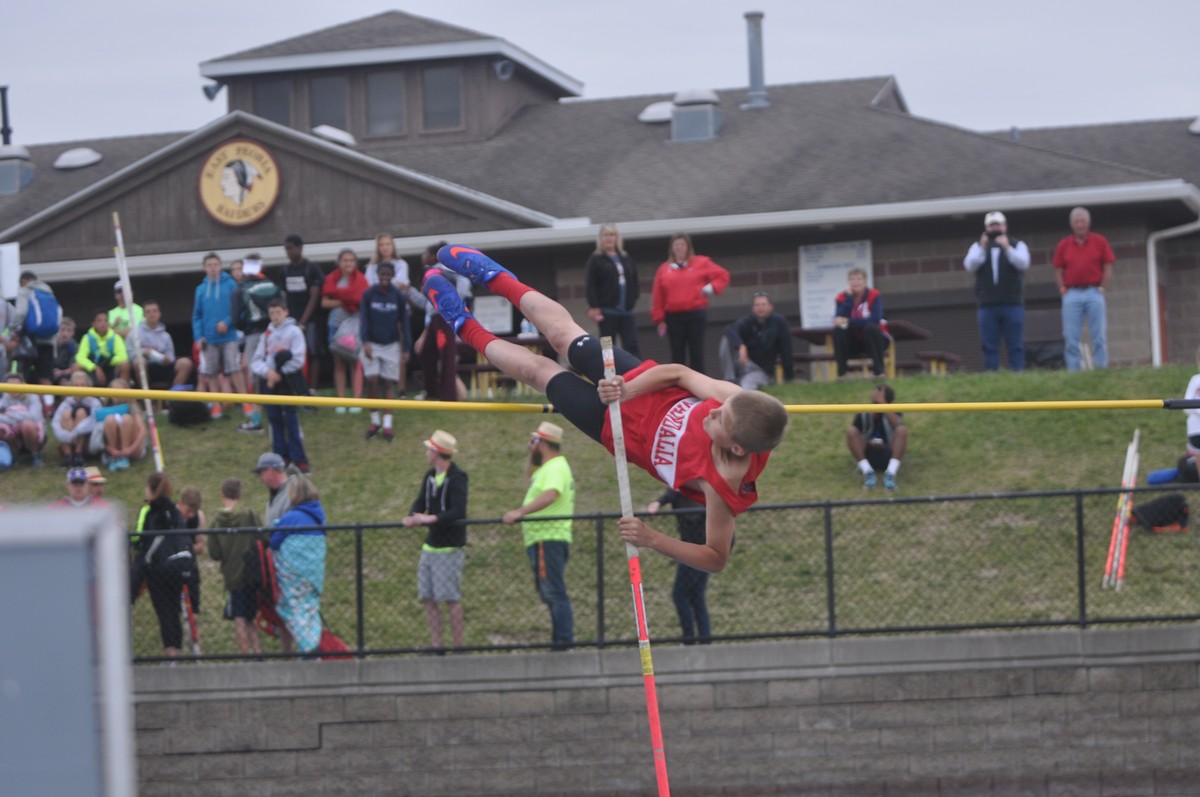