Richie Well was nearly perfect Monday evening, throwing a complete-game no-hitter to help lift the Vandals over Effingham St. Anthony in the first round of regional play, 5-0.
It was a dosage of payback for the Vandals, who had lost to the Bulldogs earlier in the year, 12-1, something that gave Well a little bit of extra motivation. And it showed as the junior hurler attacked the strike zone throughout, throwing a first-pitch strike to 24 of the 27 batters he faced.
“(My game plan was to), just throw some strikes and throw some curve balls in there to get them off-guard and unbalanced. I don’t think they threw their ace, because earlier in the year they 10-run ruled us,” Well said. “We took them off their feet. It helps a lot because they were thinking we are not serious, so they weren’t serious, everyone (on St. Anthony) was just (messing) around.”
Confident coming in, St. Anthony used who was arguably not their best pitcher, potentially looking ahead to a matchup with Teutopolis. But, the Vandals made them pay.
After recording two outs to open the top of the first, Well, Nathan Casey, Garett McNary and Alec Schroeder strung together four straight singles to give the Vandals a two-run lead.
Well got things started once again in the third, getting a one-out infield single. Casey followed with a single of his own and McNary ran out a drop-third strike, allowing Well to score from third. Another passed ball brought Casey around to score, extending Vandalia’s lead to four.
Lone senior Tucker Willms helped supply the rest of the offense, as he ripped a double off the left center field wall with one out in the fourth, only to come around and score on a Marcus Zimmerman single in the next at-bat. Trailing by five, St. Anthony finally made a pitching change, but it was too little, too late.
“Our offense got us on the board early. We scored a couple of innings with two outs and we didn’t give up at-bats. We just kept grinding out, didn’t strike out a bunch and you know how baseball goes sometimes; we had some (hits) fall in today, but we (also) hit the ball hard at times,” Vandalia head coach Nick Casey said.
Well found himself in a little trouble in the sixth-inning, as St. Anthony was able to put men on second and third with one out, thanks to a walk and HBP. But, Well kept his composure and induced back-to-back pop flies to get exit the inning unscathed.
Well sealed the deal in the final frame, recording the final out on a strikeout to give him five on the day.
While Casey believed St. Anthony didn’t throw their best pitcher to start the game, he was more than happy to accept the favorable matchup.
“They didn’t throw their ace (because) they were saving him for the next game and I understand that,” Casey said. “We had our guy going and he had full rest and he did what he was supposed to do – he just kept pounding the strike zone and we made the plays.
“All three of their (St. Anthony’s) guys (pitchers) were as good as anybody we have seen all year and we just grinded out. We put the ball in play with two strikes a bunch and we did some damage with two outs.”
With the first-round regional win, Vandalia advanced to a scheduled matchup with Teutopolis that was scheduled for Wednesday evening.  Having already lost to Teutopolis 17-0 earlier in the season, the Vandals were looking to attempt turn the tables around once for the second game in a row.
“We have a chance. We are here, we will try,” Casey said. 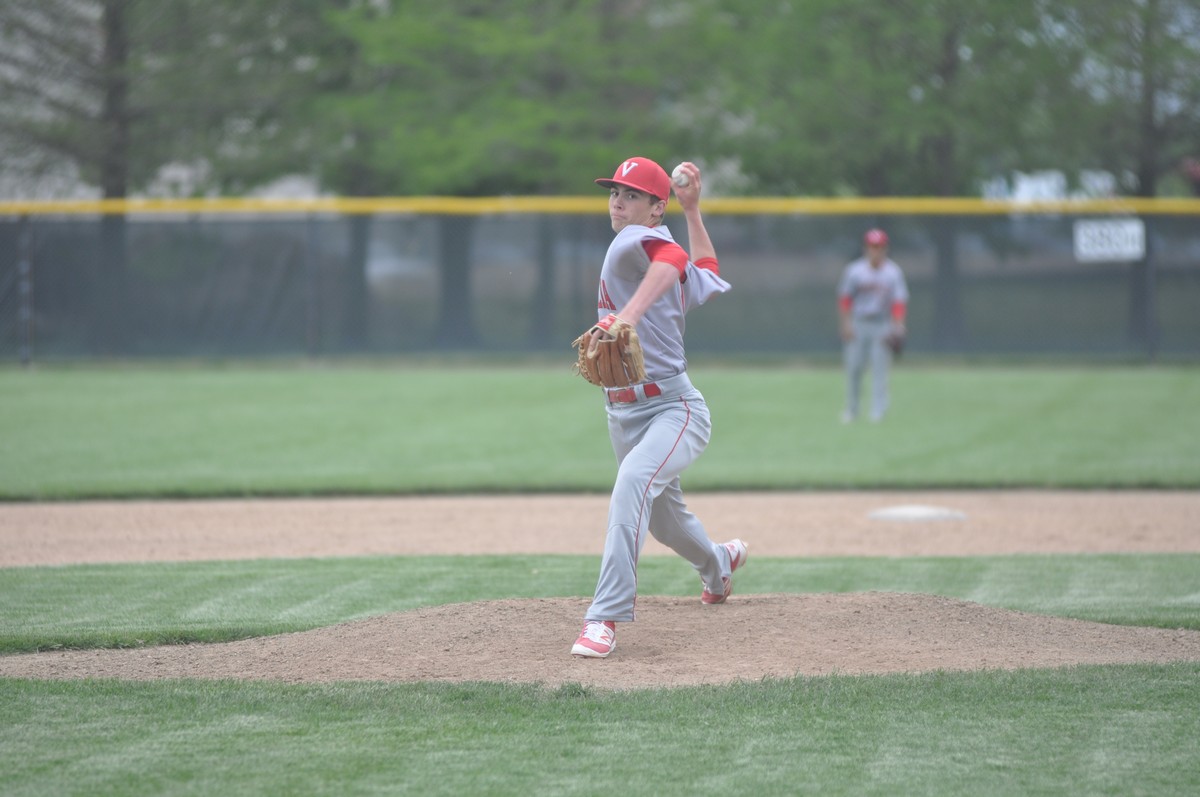 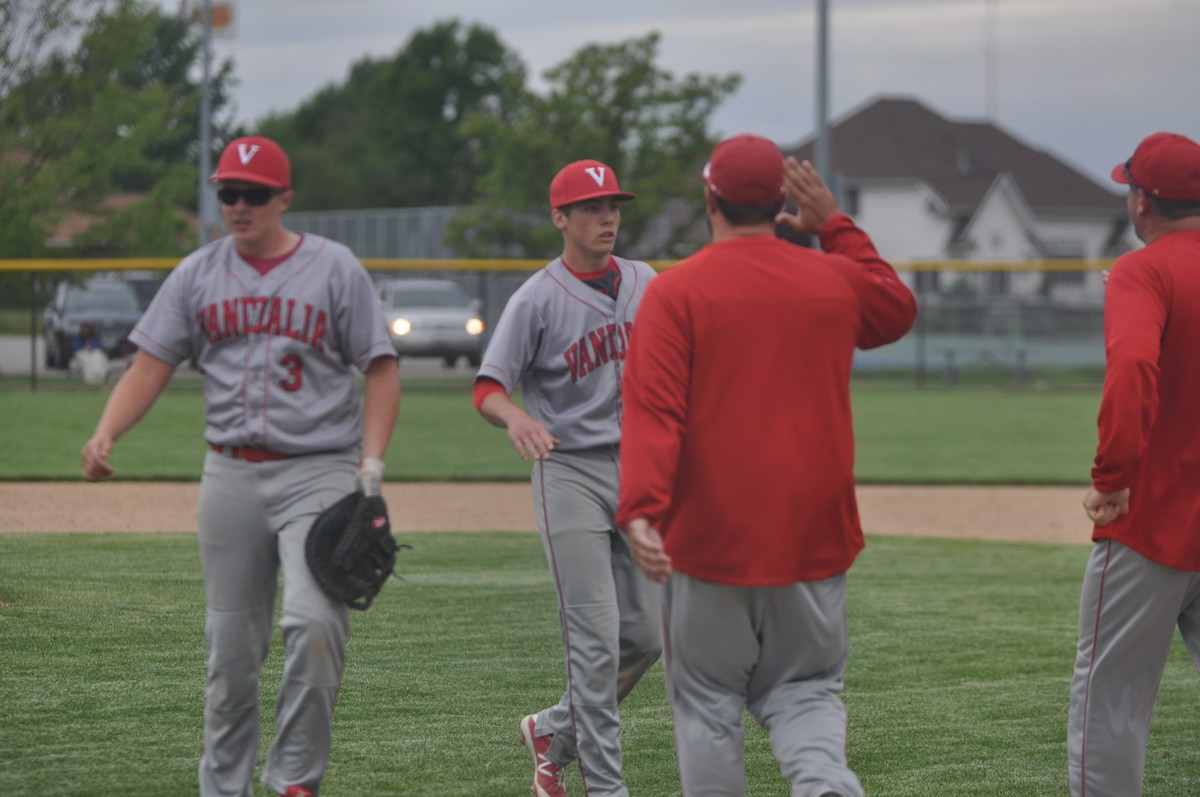 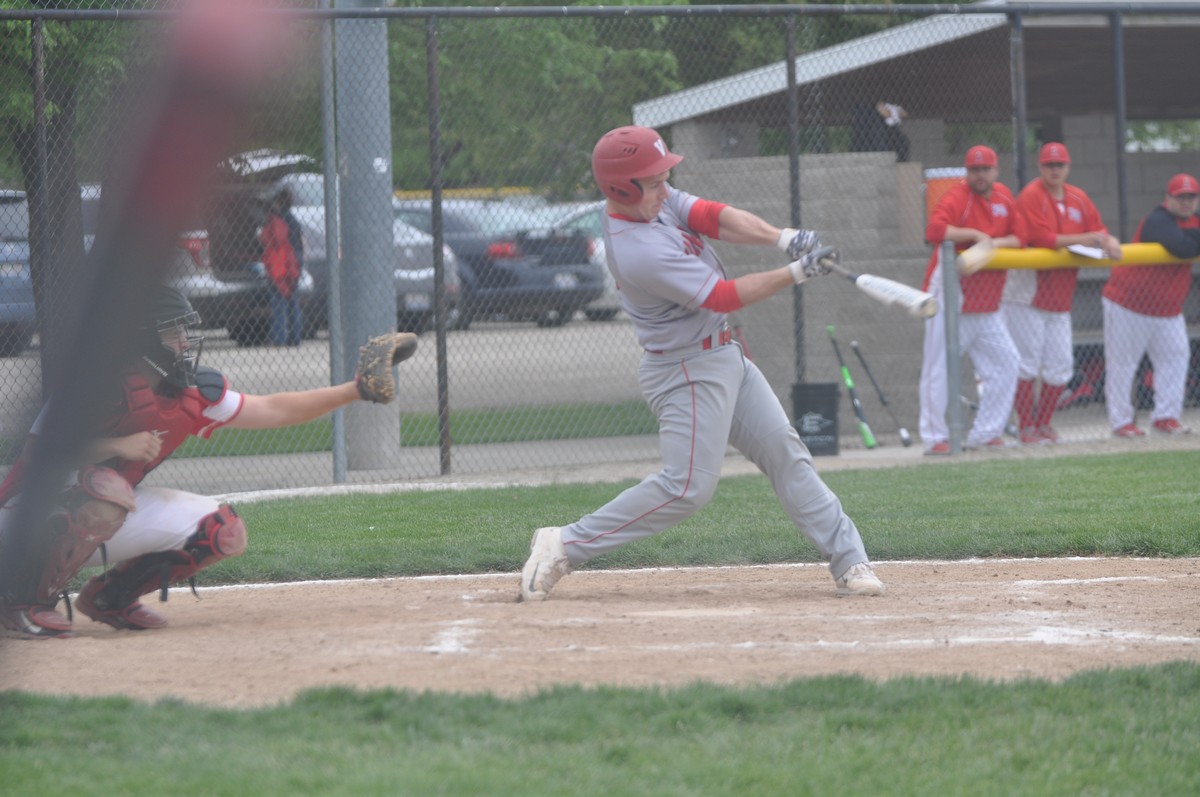