It was a hectic day for the VCHS girls track team at the Carlinville sectional Thursday afternoon, but a successful one nonetheless. When everything was said and done, five lady Vandals had punched their tickets to the IHSA Class A State Track meet.
For head coach Gena Nance, it was what she expected.
“I think good day is an understatement – great day, great kids and great team. This is what we planned for, this is what we have been getting ready for all year,” Nance said.
Jalea Paslay and Anna Miller finished second in the 800-meter run and 300-meter hurdles, respectively, both state-qualifying performances. Paslay distanced herself from the majority of the competition as she finished in 2:23.06 (a new school record), trailing Carlinville’s Jacey Roper, someone who had prevented her from a trip to state her junior year.
Now approaching the final meet of her high school track career, Paslay reflected on her time at VCHS and what lies ahead.
“I just knew Jacey was going to be good from Carlinville. I didn’t make it last year and she held me back from that, that, so (it motivated me),” Paslay said. “I know (my) freshman year wasn’t good, sophomore year I stepped up a lot in relay and everything. Junior year was kind of an off-year, but this year was (the time to) go all out because it was the last year.
“This one is the one I care about the most, I’ve been involved in it since sixth grade, so it means a lot to me. (It's) still not over for me, I might run in college (at SIUE), but it’s not decided yet.”
Junior Anna Miller continued her dominance in the 300-meter hurdles to round out the state-qualifying individual performances, finishing second with a time of 48.19 seconds.
“Freshman year, we went to state in the relay, but my sophomore year we didn’t,” Miller said reflecting on her track career thus far. “To be able to go this year is quite an accomplishment and I’m glad to go with the people I’m going with.”
The final state-qualifying performance came in the 4×200-meter relay, as Miller, Madeline Cade, Katie Tarkington and Madison Klanke set a new school record with a time of 1:50.3, good enough to finish fourth overall.
Other impressive performances came from Emma Warner and Klanke, as each fell just short of advancing to state. For the freshman Warner, she came painfully close on two attempts to clear 9 feet, 4 inches, the state-qualifying standard.
Klanke had arguably the more chaotic day, as she finished sixth on her first attempt at the 200-meter dash. However, an error in the Fully Automatic Timing system forced her to compete again. Despite fatigue and mental exhaustion, Klanke pulled through to rerun the event, which was held at the very end, a decision she was glad she made, as she improved all the way up to third place, one spot behind advancing to state.
“Waiting after the 1600 for 10 minutes in that first round, I got really cold. The whole feeling wasn’t there,” Klanke said. “(On what was going through her head before rerunning the 200-meter dash), I don’t want to do this anymore and I’ve waited enough, but, that first heat really got me mentally prepared. I got sixth in the first and third this last time. I felt really good this last time because I knew I could really push myself.”
Coach Nance praised Klanke for pushing through adversity to ultimately help the team out.
“I put the ball in Madison’s court. I said ‘You have a tough day, you (have ran a lot) at sectionals all ready,” Nance said. “'It’s up to you – if you feel like you can come back (and re-run the 200-meter run), my suggestion would be for you to try it and she was like, 'I’m doing it.’ It was a no-brainer for her, because not only did she place, she scored points for the team. She’s a team player (and) she’s a fantastic athlete.”
While Klanke came up just short of advancing to state in the 200-meter dash, she still had plenty to be excited about, helping the 4×200-meter relay team set a new school record and advance to state. Klanke discussed the added benefit of having strong team chemistry.
“Going to the state for the 4×200 I’m really excited (about). On what it’s like to be a part of the team "It’s always different every year,” Klanke said.  “We have the crazy ones, we have the quite ones and then we get the quiet ones to be louder. It’s different every year, but it’s a lot of fun.”
While track is a largely individual sport at times – Nance agreed that her girls have a strong bond.
“I don’t even want to use the word team (to describe us), because it’s a family,” Nance said. “We love each other. It’s evident by the way they act – the way they cheer people on. I’m amazed by them,” Nance said.
The five state-qualifiers will resume action Thursday at Eastern Illinois University, with preliminary action scheduled to begin in the morning. Those who advance past the prelims will wrap up action Saturday. 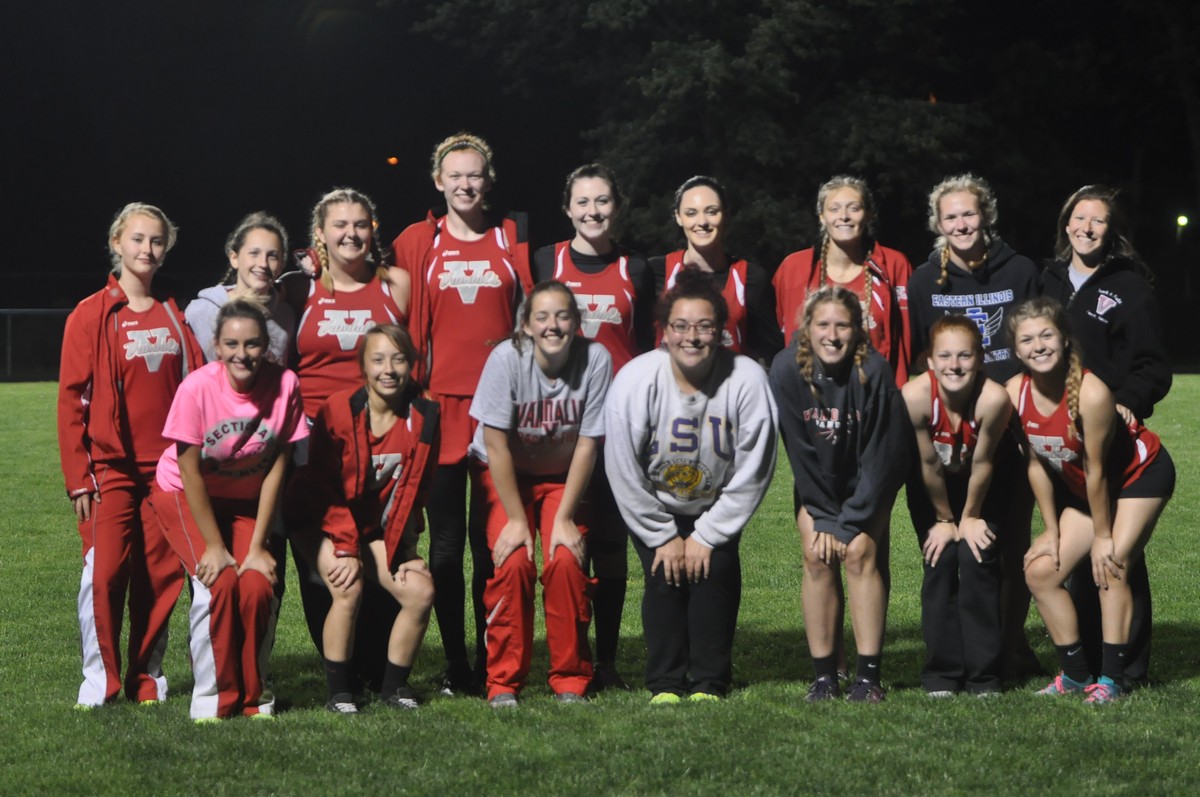 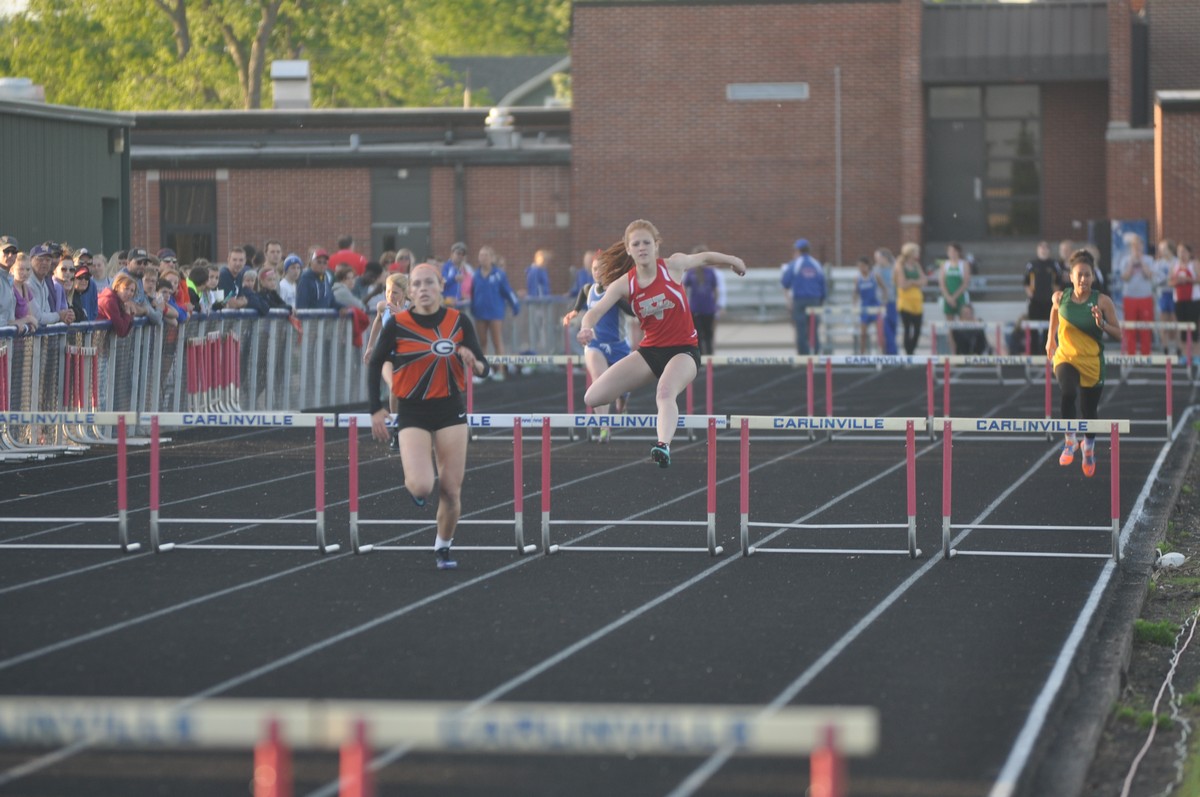 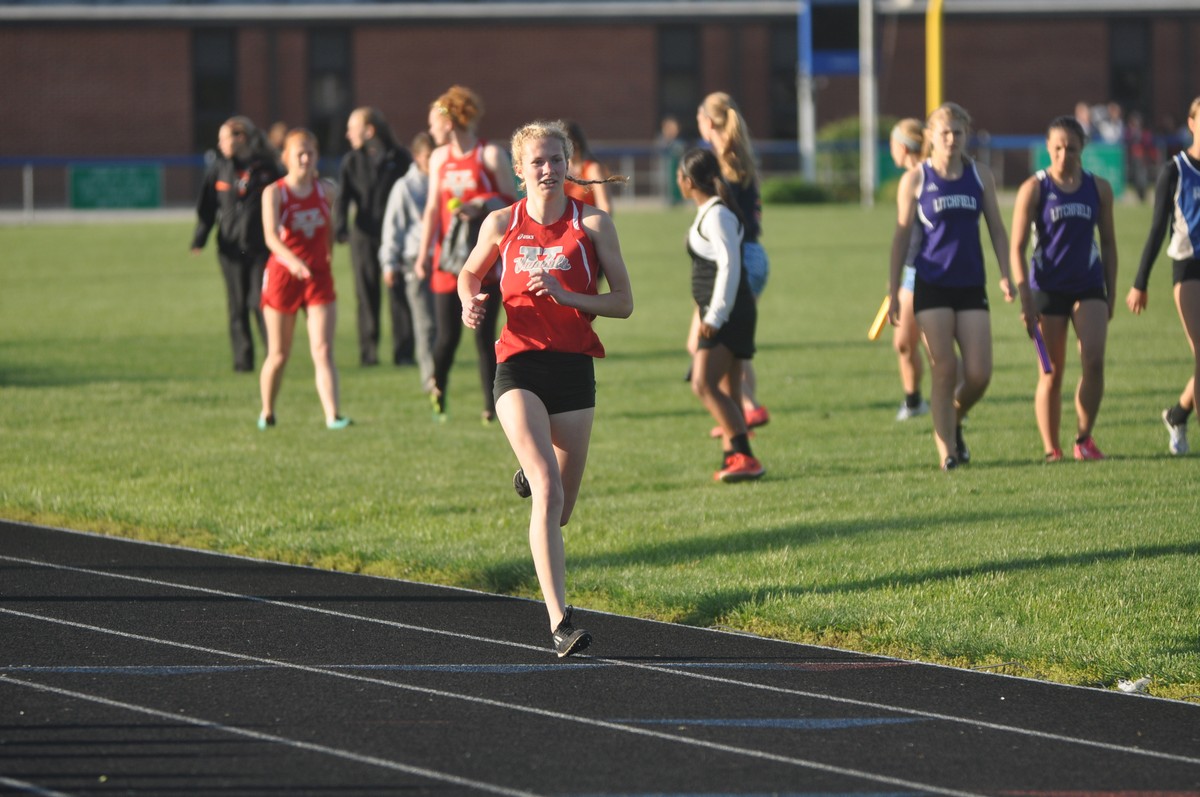 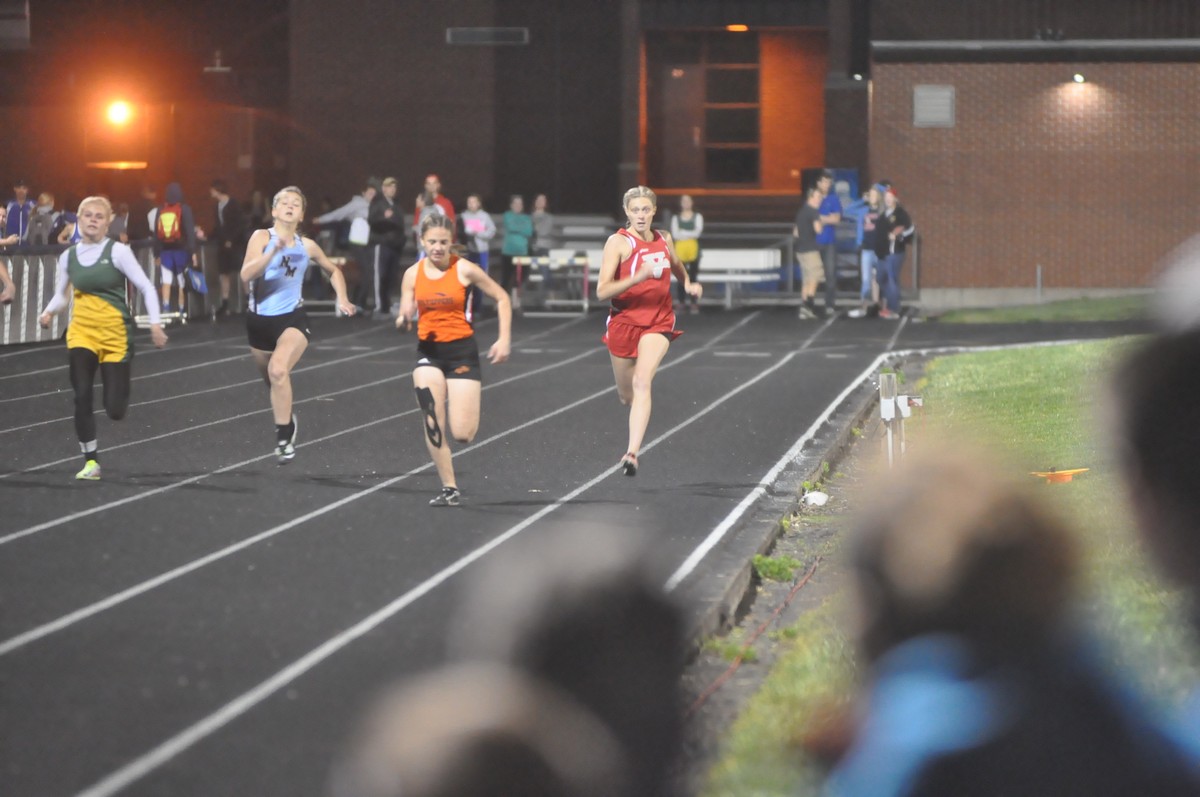 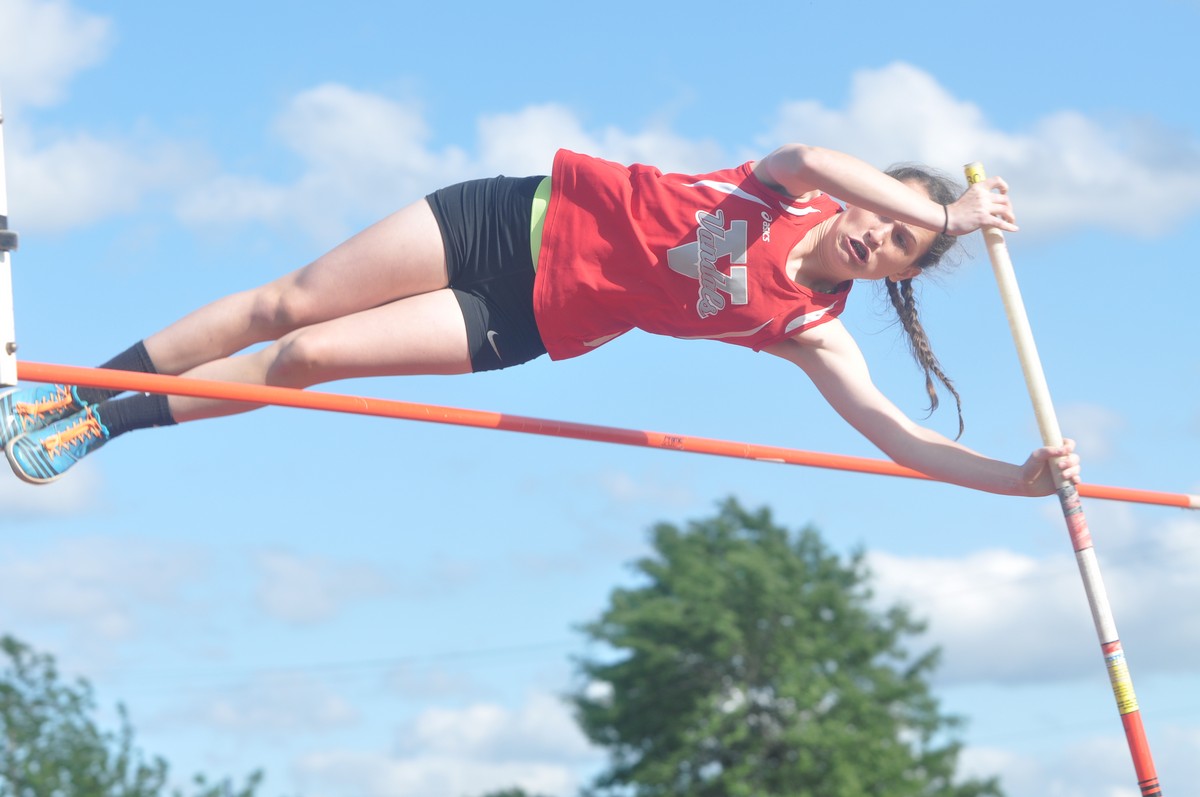 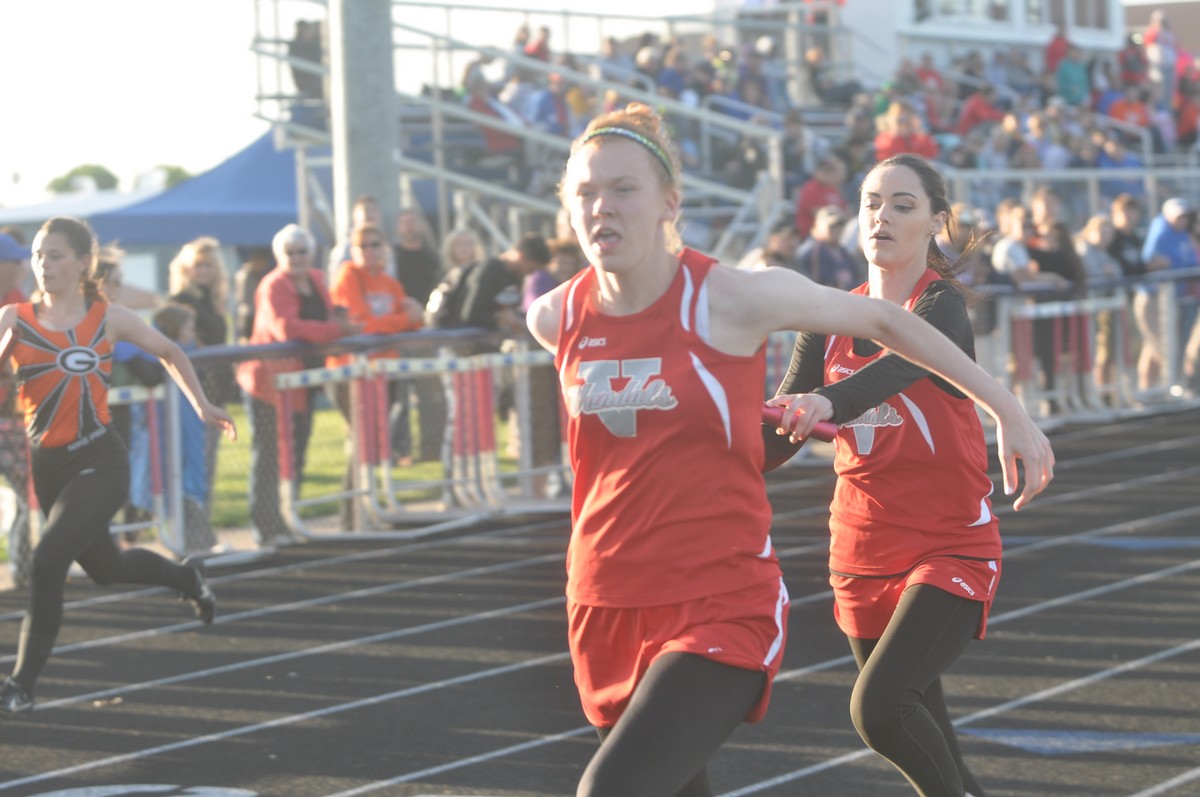