Vandalia took advantage of a rain-shortened schedule Friday afternoon, turningto Richie Well for the second straight game after pitching earlier last Monday. And just like the outing before, Well delivered, throwing five quality innings, allowing just one run (unearned) on one hit and six walks while striking out six, picking up the conference win over Gillespie.
Vandals’ head baseball coach Nick Casey said the decision was easy to throw Well in the second straight game, citing the break in the schedule as the reason.
“He’s going to go again Tuesday. He had a nice outing. We were going to limit him to 70 to around 75 pitches because of what he did on Monday. He got up to 79 and then Kelly came in and did a nice job,” Casey said
Well pitched out of trouble in the first, leaving runners stranded on second and third as he struck out the final two batters of the inning swinging.
The Miners followed suit, as both teams traded scoreless innings up until the top of the third. After a sound defensive play from the second baseman to the pitcher covering, the Vandals’ found themselves in trouble.
Well hit the second batter of the inning, who quickly advanced to second on a sacrifice bunt. With two outs, Gillespie capitalized on Vandalia’s only error of the game to bring home the runner from second for the early 1-0 lead.
But, that would be the only offense Gillespie would muster, as the defense was solid throughout for Vandalia, with freshman Blake Morrison making some timely plays from second base to the pitcher covering on a couple of occasions.
“Second base and the pitcher covering were some nice plays, because that’s in the middle of the 3 1/2 hole and the first baseman doesn’t know if he can get it and the second baseman talked to him and the pitcher got over there and we got outs on that,” Casey said. “That was good. He (Morrison) has been a really solid defensive player as a freshman.”
After putting up another zero in the bottom of the third, Vandalia finally got on the board in the fourth. Garett McNary and Alec Schroeder led off the inning with back-to-back singles. Morrison came up next and drew a walk to load the bases with no outs, putting the Vandals in prime scoring position.
They took advantage, as a fielder’s choice from Preston Ruckman and a single to left from Tucker Willms brought home all three runs to give Vandalia the lead, 3-1.
Vandalia began to pull away in the fifth, with Richie Well coming around to score off a Nathan Casey double after ripping one of his own to lead off the inning. Schroeder was able to utilize some small ball, as he brought home Casey for the fifth and final run with a key sacrifice bunt.
From there, Kelly Jones was able to relieve Well, tossing the final two innings, allowing no runs on one hit and two walks, striking out two to help Vandalia hold on for the conference win.
Vandalia was given another break in the schedule, as they were set to resume action Tuesday against Greenville (see related story), a game Casey said Well would start as well, marking his third straight start, an easy decision after back-to-back quality starts.
“He got up to 79 (pitches) and then Kelly came in and did a nice job. He will go again on Tuesday for that Greenville game,” Casey said. “We are playing some pretty decent baseball right now.” 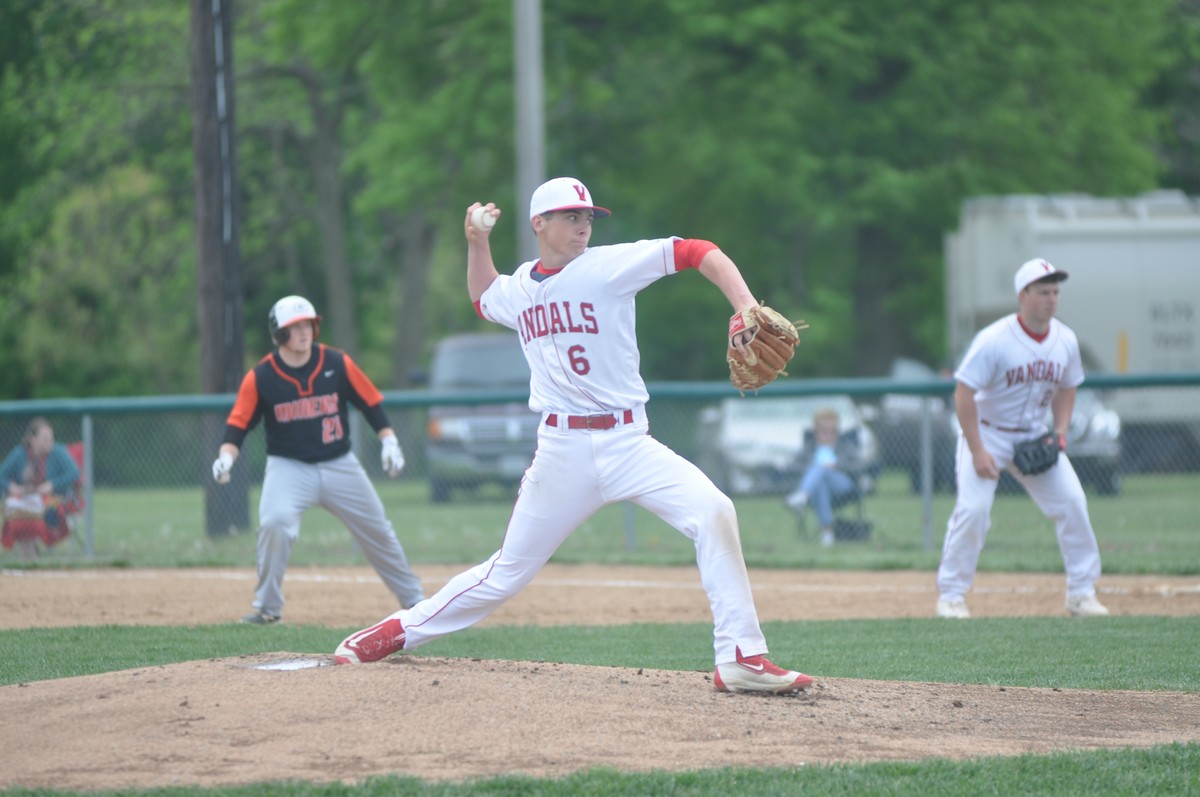 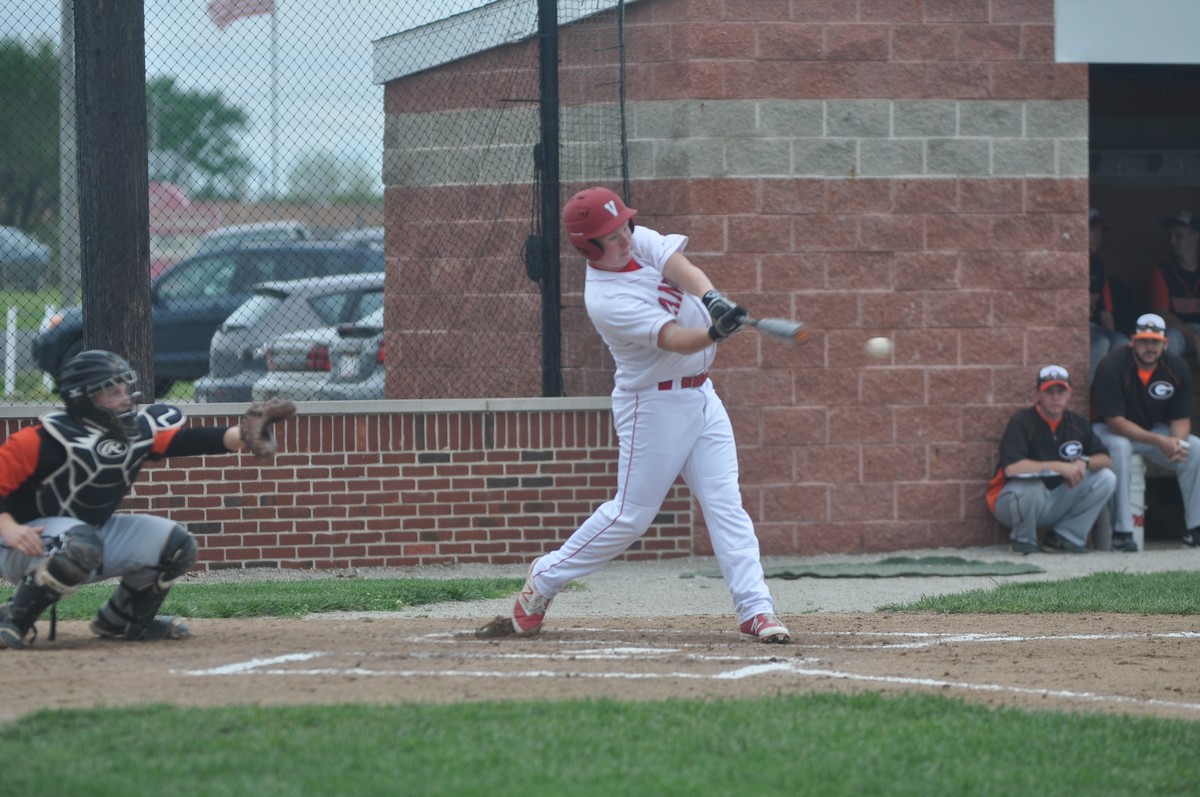 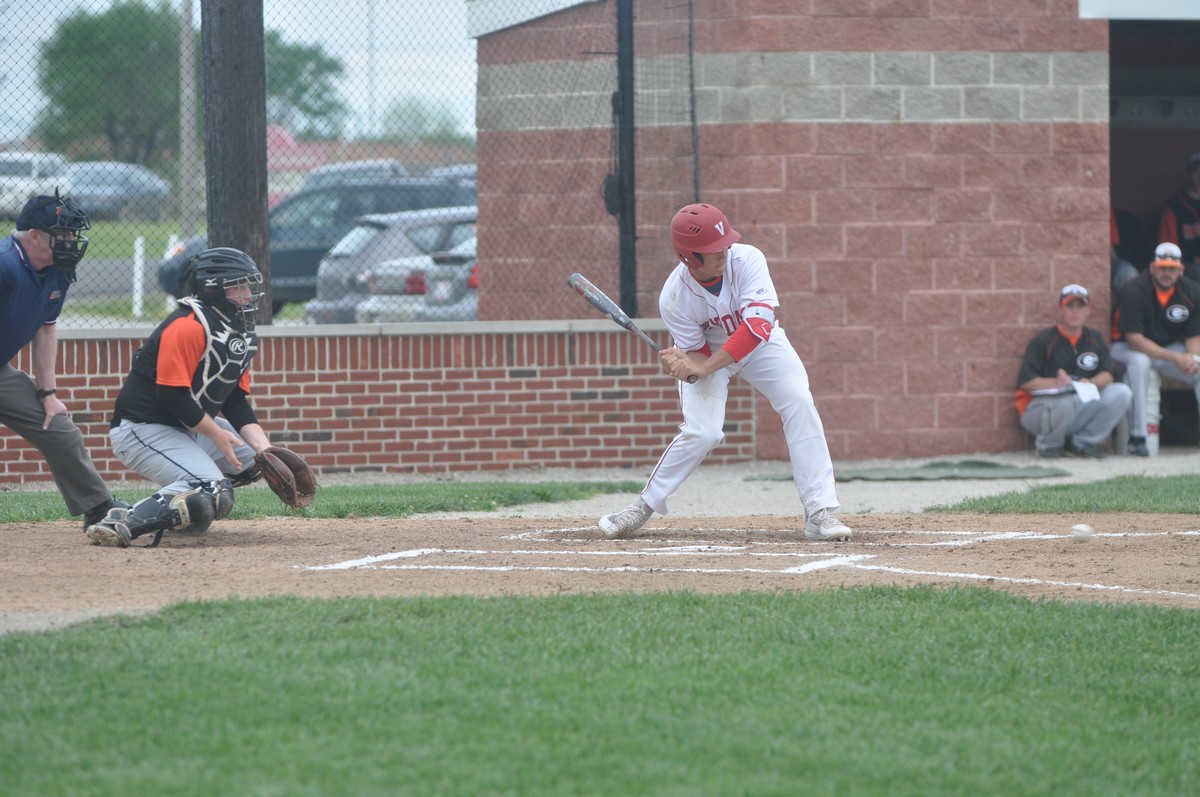