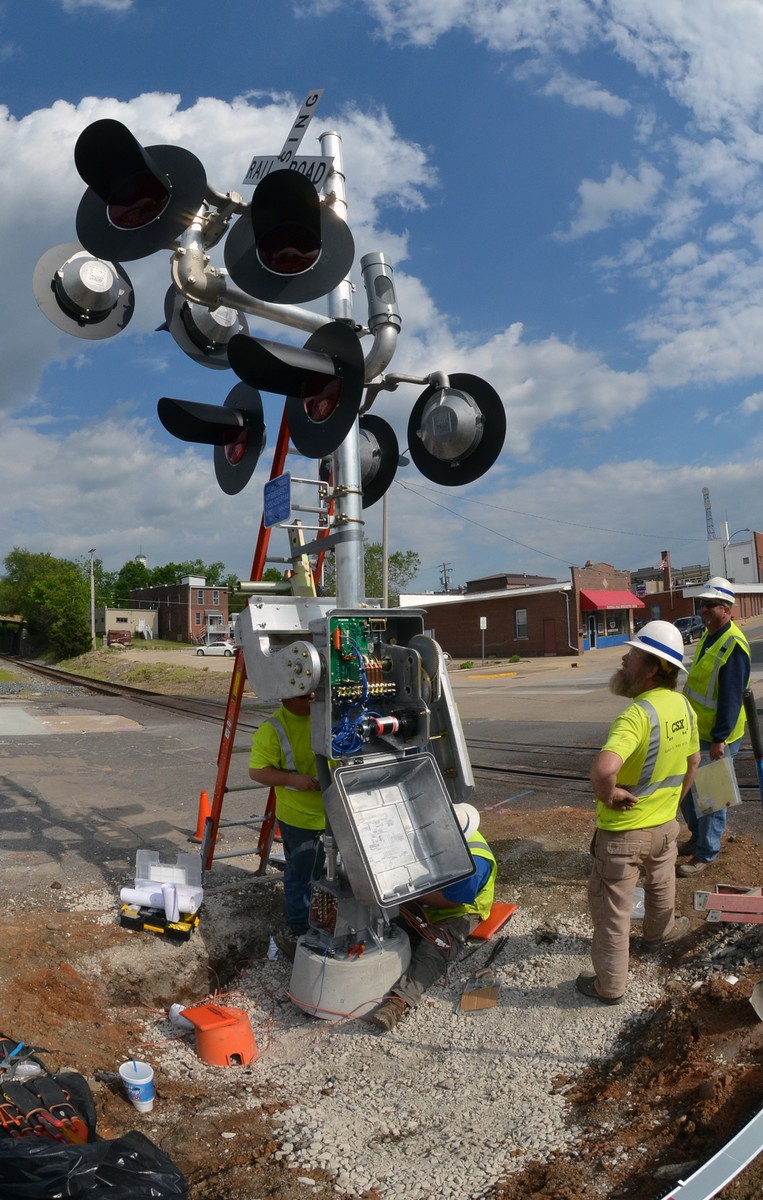 Employees of CSX Railroad are currently installing new crossing gates at the Fifth and Sixth street intersections in Vandalia. The new gates are being put up in response to the fatal accident at the Sixth Street crossing in October 2014. That response also includes limiting traffic on Main Street between Fifth and Sixth to eastbound traffic.