A fire last Wednesday evening caused substantial damage to the second story of a downtown building.
Vandalia’s volunteer firefighters were called at 9:46 p.m. to a second-floor apartment at 414 W. Gallatin St., in the building that formerly housed Jane Isbell Jewelry and other businesses.

Upon their arrival, firefighters saw flames coming out of the window on the west side of the Gallatin Street wall.
According to the fire report filed by Vandalia Volunteer Fire Department Chief Keith Meadows, flames from a pot on the stove of the kitchen area ignited nearby a window covering, cabinets and wall.
Meadows said that VVFD firefighters attacked the fire by taking handlines through two entrances to the building. The fire department used its aerial appratus to provide lighting for firefighters on the second floor of the building.
Meadows said that the fire was contained to that apartment, and that other apartments on the second floor sustained considerable smoke and water damage.
Fire officials estimated damages to the building, which is owned by Dennis Grubaugh of Vandalia, at $25,000, and damages to the contents of the building at $5,000.
Seventeen firefighters responded to the call, and they were at the scene for about 75 minutes. 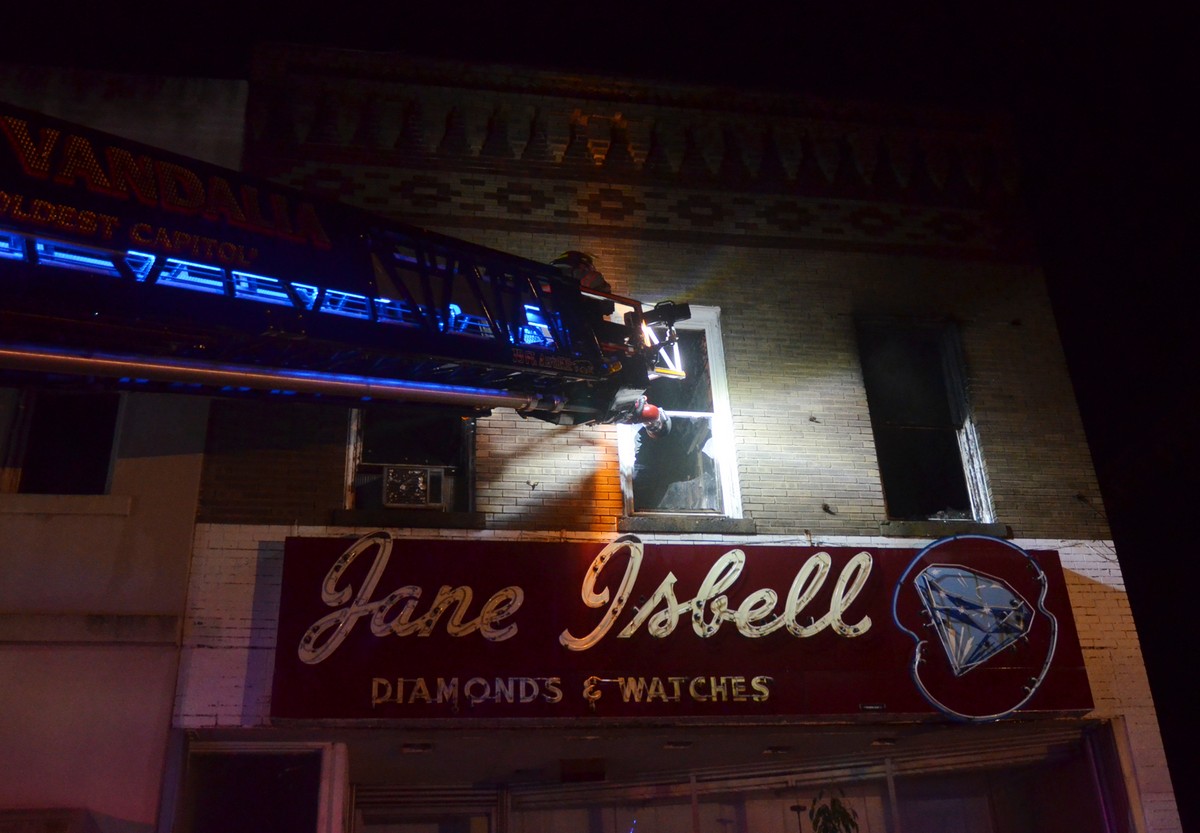 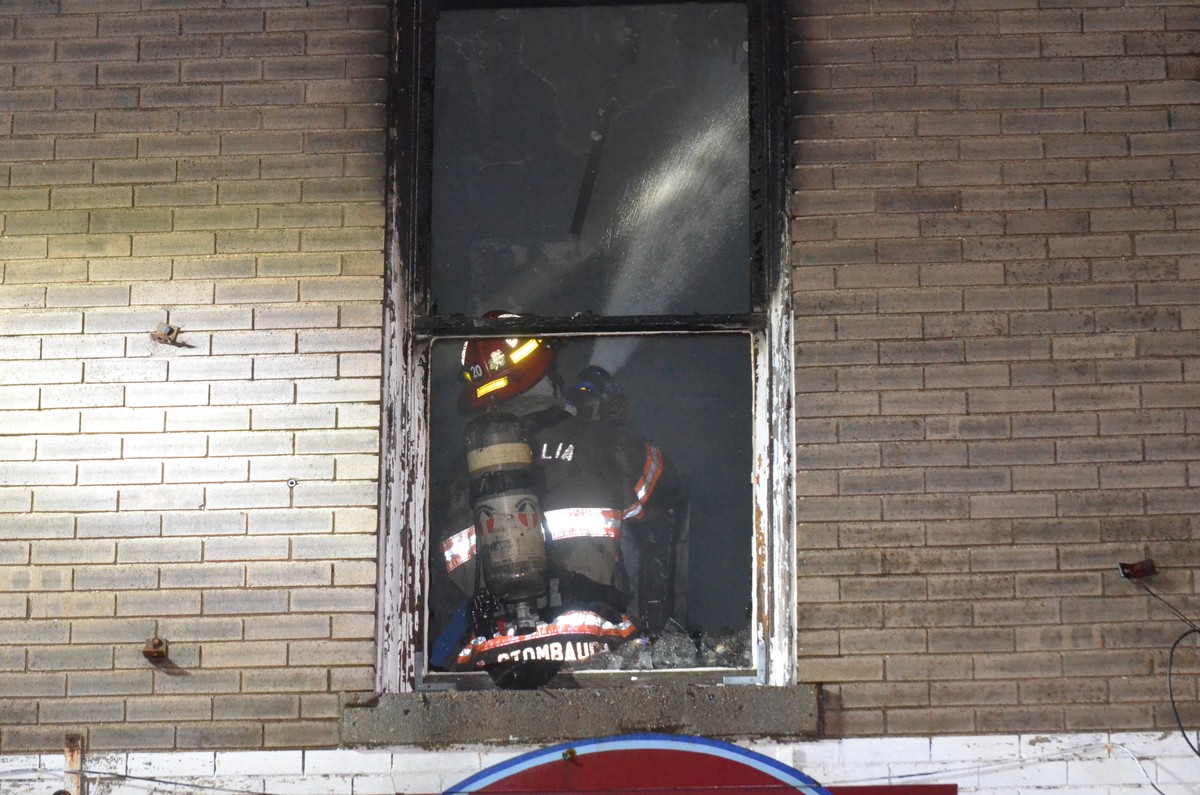