Vandalia ended a losing skid Monday evening, with Richie Well going the distance to help defeat conference foe Litchfield, 5-4.
Despite an error coming around to score in the seventh inning, Well was able to hang on as he retired the final batter of the game with a strikeout swinging to give him his third win on the season, and the rest of his pitching staff some much needed rest.
“We did that, flopping pitchers last week, because we knew we had so many games and we have a bunch of games this week, but there was no way we could keep doing that and waste that many pitchers, because you have to give them at least a day off when they are throwing 35 (pitches),” Vandalia head baseball coach Nick Casey said. “Richie, tonight, we just rode him out.”
Vandalia got the offense going with two outs in the first, as Well reached on a single and quickly advanced to second with a stolen base. Nathan Casey helped bring him home on a single and a throwing error gave the Vandals an early one-run lead.
Preston Ruckman kept the offense going in the second, as he reached on single to center, setting Marcus Zimmerman up for an RBI single to extend the lead to two. Casey continued his strong day at the plate in the third, roping a double deep to right-center and reaching third on a throwing error.
Garett McNary knocked him in with a single to right, but that would not be the only third-inning offense. Alec Schroeder, who reached on a fielder’s choice, after stealing second to set up Cameron Gelsinger for an RBI single, giving Vandalia the lead, 4-0.
“We started hitting the ball pretty well at Harrisburg and we actually hit the ball well for one time through the lineup at Hillsboro, we just couldn’t put together a whole game,” Casey said. “We have been hitting the ball pretty well.”
While the Vandalia offense was consistent throughout, so was the defense. After scoring two more in the top of the fifth to add onto one in the third, Litchfield was in prime position to comeback as they roped a line drive to center with two outs and a runner on second, however, a spectacular diving catch by Kelly Jones ended the threat and inning.
Overall, Casey was happy with the defensive effort, as positions were moved with Richie Well, the usual shortstop, pitching, something Casey said his team is used to.
“(On switching positions around) that’s the way we have to be because we have so many people that have to pitch,” Casey said. “We can’t just say, ‘You’re a shortstop’, because Marcus might have to play center one game, left one game and shortstop the next, you just never know.”
Vandalia was able to add an insurance run in the bottom of the fifth, as Casey reached on his second double of the day, scoring shortly after on a single from Schroeder.
The extra run would prove essential, as an early error in the seventh plated one for Litchfield to cut Vandalia’s lead to one. However, Well was able to close things out, striking out the final batter of the game to give him 10 on the day, while walking just two, something Casey was happy to see.
“Richie was ahead in the count most of the game, and that makes a big difference when you are throwing lots of strikes. Really, the only thing I think he could have been better on was he hit a couple kids 0-2 – that was bad,” Casey said. “Other than that, it was strike one, strike two, all game long and it makes your defense be on their toes when they know the ball can be put in play.  I just thought it was a good high school baseball game.”
With the win, Vandalia improved to 8-12, with its next scheduled game at Staunton being rained out Tuesday.  The next game was scheduled for Wednesday at Pana, where Casey was looking to keep things going.
“We are playing pretty well right now and I hope we can keep it going.” 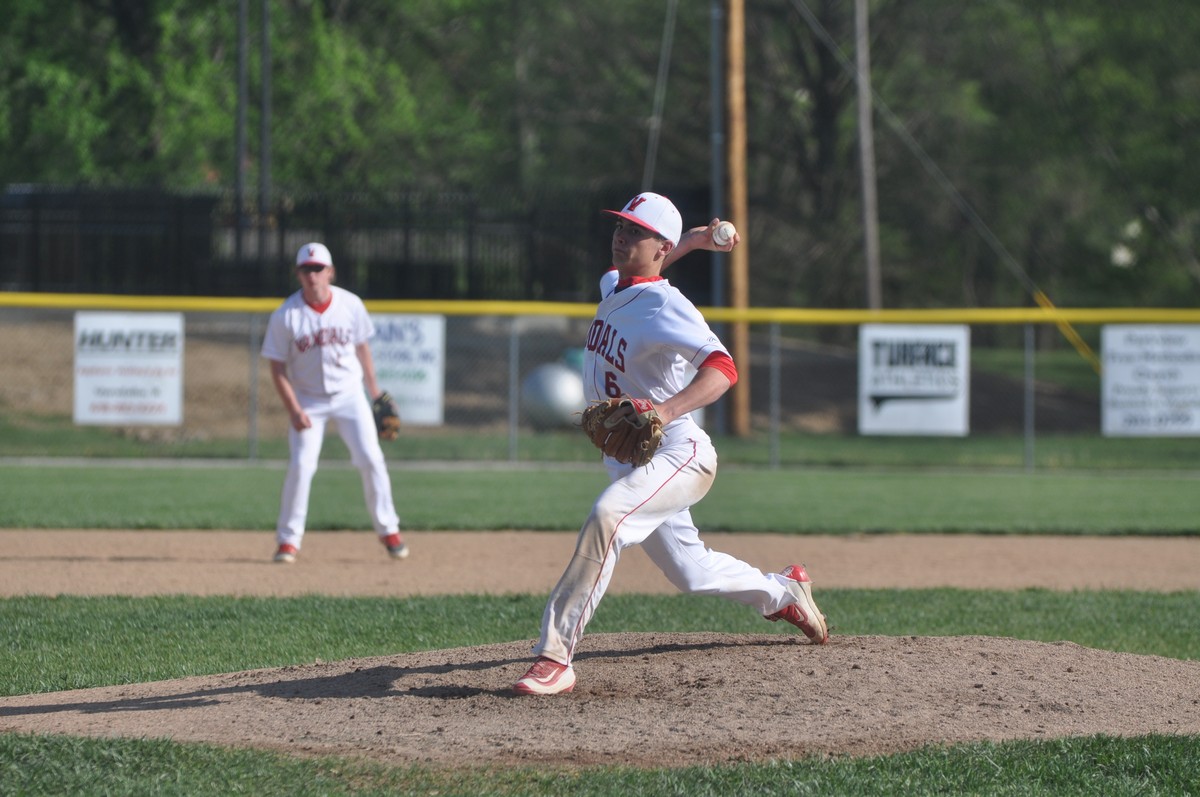 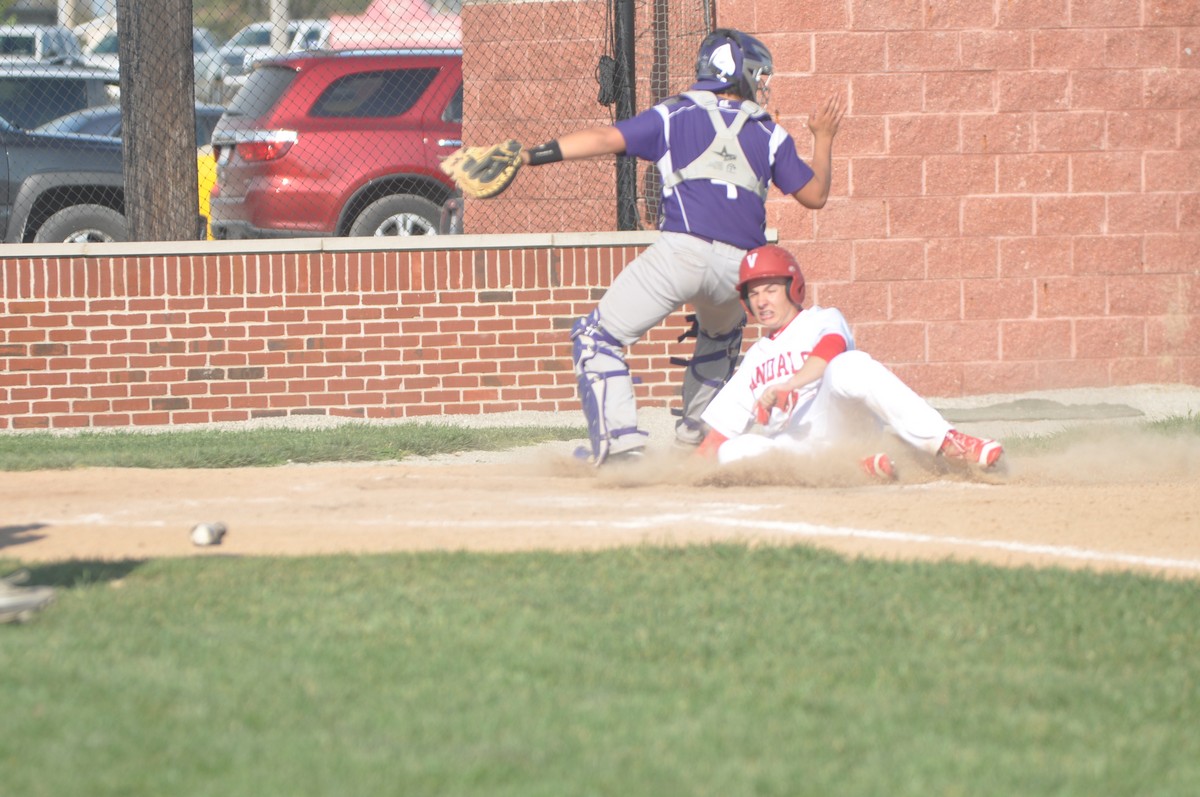 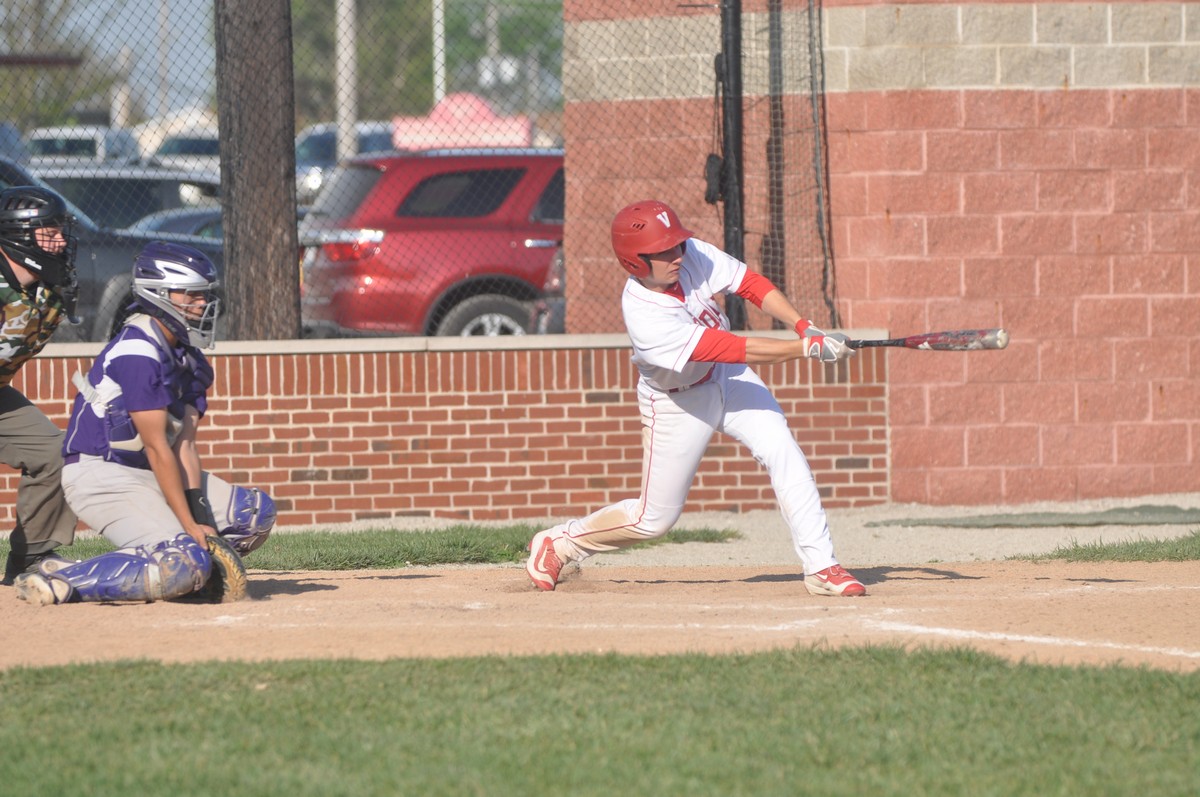