Carol Evaul could be compared to a fine diamond, in that as you move a diamond around in the light, you can see many different and beautiful facets.

The more you get acquainted with Carol Evaul, you see that she has many different and wonderful qualities, talents and skills, besides being a caring and compassionate, beautiful person,
Carol, who was born and grew up  on a small farm near Annapolis, Md., is an upbeat, caring wife, mother and grandmother, gifted artist and crafts person, author of several books and professional counselor.
Another look at the precious diamond reveals that Carol has many credits, degrees, and professional and educational accomplishments attributed to her name.
And, she lived almost 20 years with her husband in Bolivia, South America, where they worked as missionaries. Her husband, Robert, is currently the pastor at Oconee Baptist Church.
Meet this lady of multiple talents who has lived her life serving others, but whose heart also holds compassion and love for animals, as attested by the wild mustangs she has adopted over the years. She has also written a book to guide and encourage others interested in adopting, or to just share the story of the beautiful animals that had to adapt to their environment in order to survive.
She also wrote the book to share her Christian faith and how she feels that she learned through everyday experiences with the mustangs as a way that God enriched her faith.
This week, we will introduce Carol and learn about a few of her accomplishments, her spirituality, her first horse and her early experiences of learning about horses.
Next week, the focus will be on Carol and their return from Bolivia, coming to Illinois, adopting her mustangs and the book she wrote about her beloved mustangs.
Carol’s Love for Horses
“All my horse craziness started when I was a young girl growing up on a small farm near Annapolis, Md.,” Carol said.
“Back then, there was a series of books about the horses of Chincoteague Island. I read the entire series and dreamed about having my own Chincoteague pony. Those are wild horses very similar to the mustangs, she said.
Her first horse was a 13-14-hands palomino, a Chincoteague pony from Assateague Island, Va.
“He was the perfect size for me. I named him ‘Trigger,’ like Roy Rogers’ horse. I broke him myself when I was 14 years old. He was a stallion colt.
“As he matured, he began terrorizing my neighbors. I caught him knocking over the trash cans, eating flowers and chasing the lady next door.
“Trigger became the reason for me being grounded on many occasions. I obviously did not know much about horses at the time, or I certainly would not have chosen a stallion.
“Since then, I have learned my lesson, and I have only had mares, because stallions can be rowdy and unpredictable as they mature,” she said.
Carol tells how she broke him to ride without a saddle. “I never put a saddle on his back, because I didn’t even have one.” She added, “He never bucked me off.”
She that she couldn’t get on his back until he was strong enough to support her weight, so he was 2-3 years old before she got on his back.
She talked about her rides with her horse in a spiritual way. “I felt freedom to go wherever I wanted. Everyone wants to feel free in some way – you have to learn to go along for the ride and trust God. I hold on to the reins, but any rider knows the horse also has a will of its own.
“God is with us on life’s journey. He may take us up some steep slopes and narrow paths. We can be assured of His presence wherever He leads us, but we must learn to lean on Him with total assurance and confidence,” she said.
Many Gifts and Talents
Author – Besides being a published, accomplished author, Carol has written, illustrated and published several other books, such as “Missionary Cartoons,”  about missionary life; “Steen, the Machine,” about kids and baseball; “Please Friend Me Forever,” a novel; and  “Adopting Mustangs, A Christian Perspective.” Her books are available on Amazon.
Artist – She is also an accomplished artist and recently lent her gift to decorating the grandchildren’s bedroom in her home with a wall mural depicting Noah’s Ark and the animals, nuch to the children’s delight. If you look closely, you will be surprised to see some creatures not usually pictured in a traditional Noah’s Ark painting.
Having drawn since early childhood, Carol was awarded a scholarship to the Maryland Institute College of Art, but was unable to attend because her father had cancer. Carol needed to work, and it became a hobby for her.
Teacher – Carol has undergraduate degrees from Greenville College, Universidad Evangelica Bolivina; a master’s in education from University of Illinois-Springfield; and a master’s in professional counseling from McKendree University.
She has taught ESL, GED, basic math, Spanish and psychology for Kaskaskia College for 15 years. She was also a domestic violence advocate and crisis counselor for three years.
She substitute teaches for local schools, including Vandalia Community High School.
Next week, the FACES focus will be on the Evaul’s return from 20 years as missionaries in Bolivia, the move to Illinois, their little church in Oconee, Carol’s reflections on her experiences and her accounts of living in Illinois with her mustangs, the inspiration for her book,  “Adopting Wild Mustangs, A Christian Perspective.” 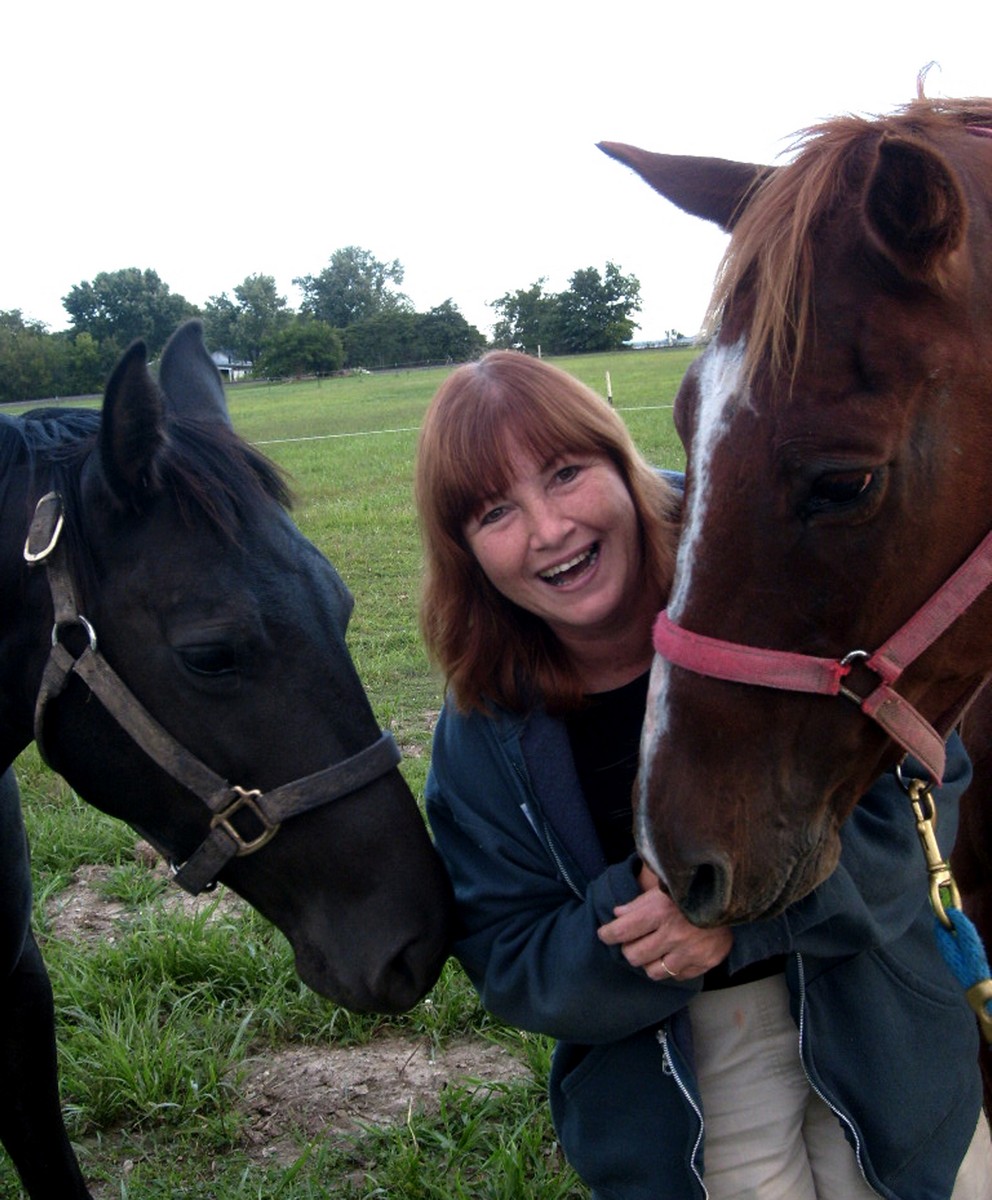 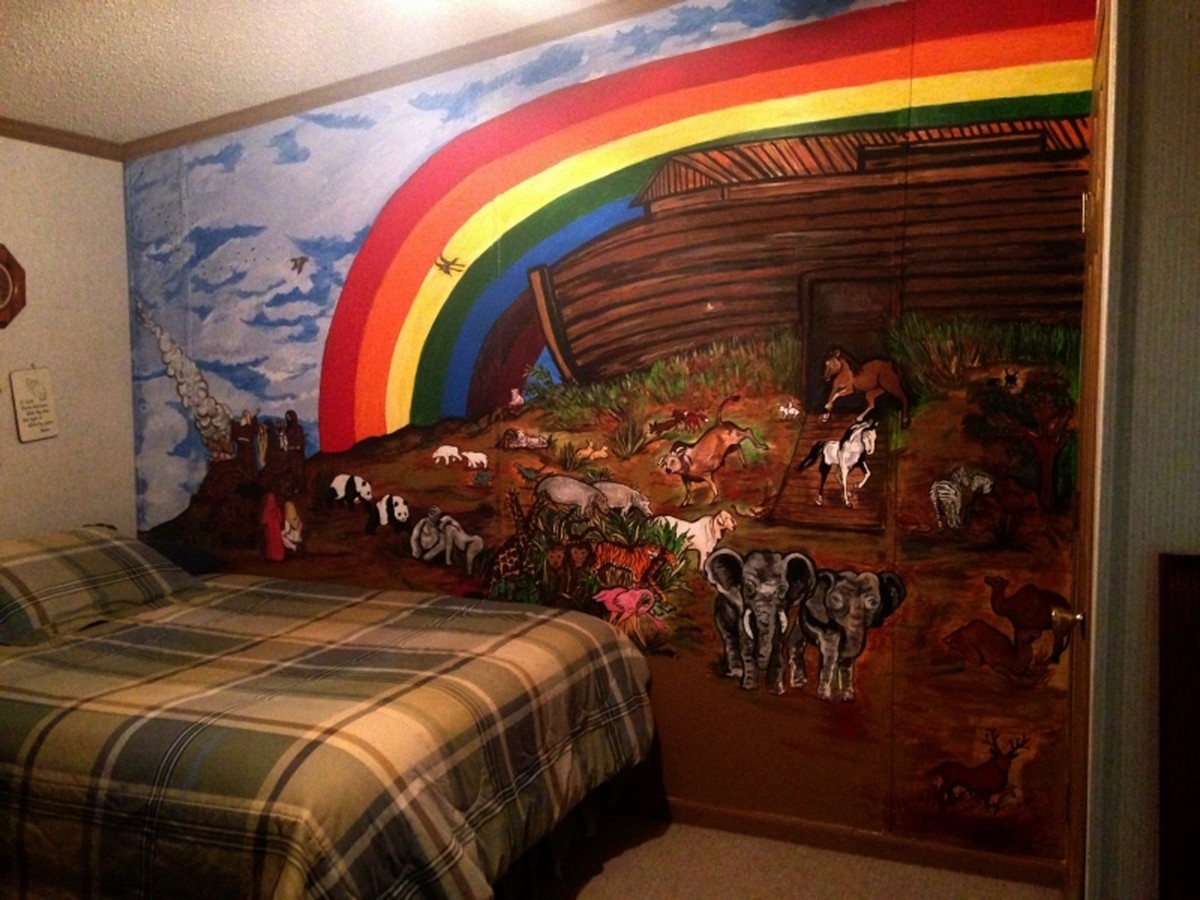