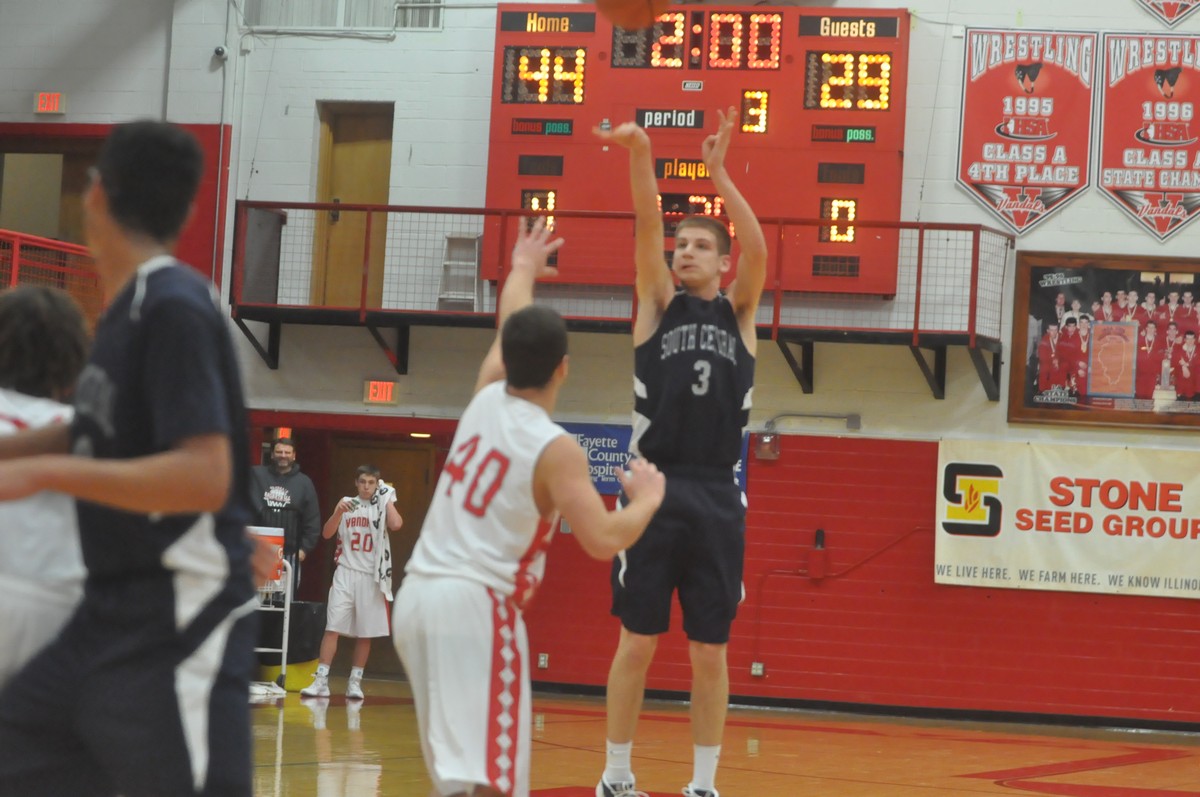 Brett Harmeier (3) fires off a three-point shot in front of Austin Hebenstreit (40) during the third quarter last Tuesday. Harmeier led the Cougars to an overtime victory with a team-high 20 points. 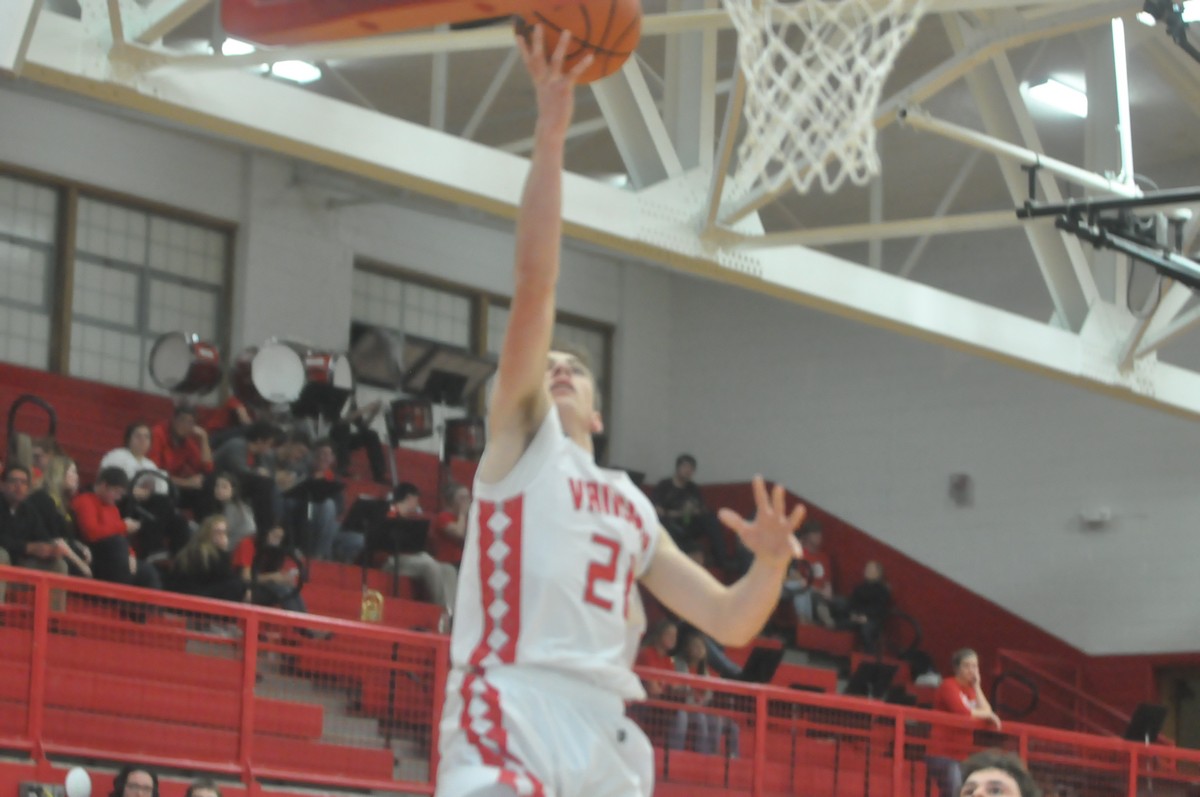 Richie Well scores on a layup in transition during the first half last Tuesday night.