Local fans of a country music star watching that artist’s latest video may recognize a familiar face a number of times in that video.

Seven seconds into Scotty McCreery’s “Southern Belle” video, there’s Sawyer Dickenson, twirling his drumsticks, just like he did as a member of the Vandalia Community High School band.
Dickenson, the son of Marc and Tracie Waschle of Vandalia, performed with other members of Vanderbilt University’s Spirit of Gold Marching Band in the video.
A junior studying audio engineering, Dickenson is among the students at Belmont University who are members of the Vanderbilt marching band.
“Because none of the area (colleges) in the (Nashville, Tenn.) area have football teams, any musicians from the other schools are allowed to participate in the Spirit of Gold Marching Band,” Dickenson said.
As McCreery prepared to shoot his “Southern Belle” video in Nashville in early October, he learned that the band he had lined up for the taping was no longer available. So, he turned to the Spirit of Gold Marching Band.
Also invited to participate were the cheerleaders from Belmont University.
“Anybody who is on the Spirit of Gold could be involved,” said Dickenson, who is a 2013 graduate of VCHS.
“They had to have a certain number of people involved, and I was lucky enough to be one of them,” he said.
The college students arrived at the production studio at about 11 a.m. on a Sunday morning, and worked with McCreery until about 6 or 7 p.m.
“I was surprised,” Dickenson said. “I didn’t realize that videos don’t actually take that long to shoot.”
Early on in the video, Dickenson is shown prominently with other members of the Spirit of Gold drum line, though you can’t see those other drummers, who are lined up right behind him.
He also appears a number of times throughout the video, mixed in with short clips of McCreery and the Belmont cheerleaders.
“I’m in there quite a few times,” he said.
Dickenson said that he is at the front of the drum line in the video because, “I’ve tried to take a leadership position in the drum lines.”
He was known for his drumstick twirling while at VCHS, and he’s taken that on to his involvement in the Spirit of Gold.
“A lot of drummers use that, but I use it more than most others,” Dickenson said. “I get it started while marching during games and in the stands.”
About his involvement in the video production, Dickenson said, “I really enjoyed it.
“It was really cool that he got members from a couple of the bigger schools in Nashville to be a part of it,” he said.
But, Dickenson was a little disappointed with one aspect of the project.
“While they were recording, I asked if I could observe some of that,” he said. “Unfortunately, I was not able to see the actual production of the video.”
Those who participated in the video filming were not told when the video would be released. But he found out from another source.
“My mom was keeping tabs on Facebook and YouTube pages,” he said. “She let me know about it.”
While studying a Belmont, Dickenson has to give up a considerable amount of his time in the fall in order to be part of the Spirit of Gold Marching Band.
Every Tuesday and Thursday, he goes to Vanderbilt for two-hour practices. In weeks in which the Vanderbilt football team has home games, band members are also practicing on Friday, then giving up all of Saturday for the football game.
“It’s pretty time-consuming, but I really enjoy it and am thankful for the opportunity to be a part of this,” Dickenson said.
After completing his studies at Belmont, Dickenson hopes to start a career in the music industry.
“Music is a very tough market to get into,” he said. “I would really love to get into live performances, working for a sound company that deals with multiple bands.
“Traveling with a band would be awesome,” Dickenson said.
“My second choice is to be a mix engineer in recording. My favorite part of the mixing is putting it together and making it sound really nice, really nice and crisp.” 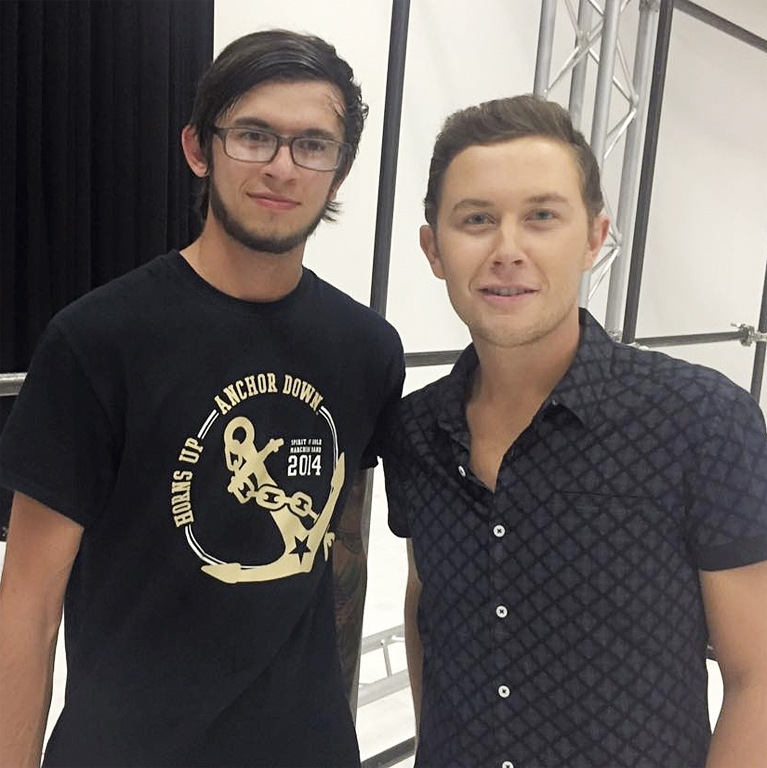 Sawyer Dickinson of Vandalia, left, was photographed with country music star Scotty McCreery on the day of the video filming. 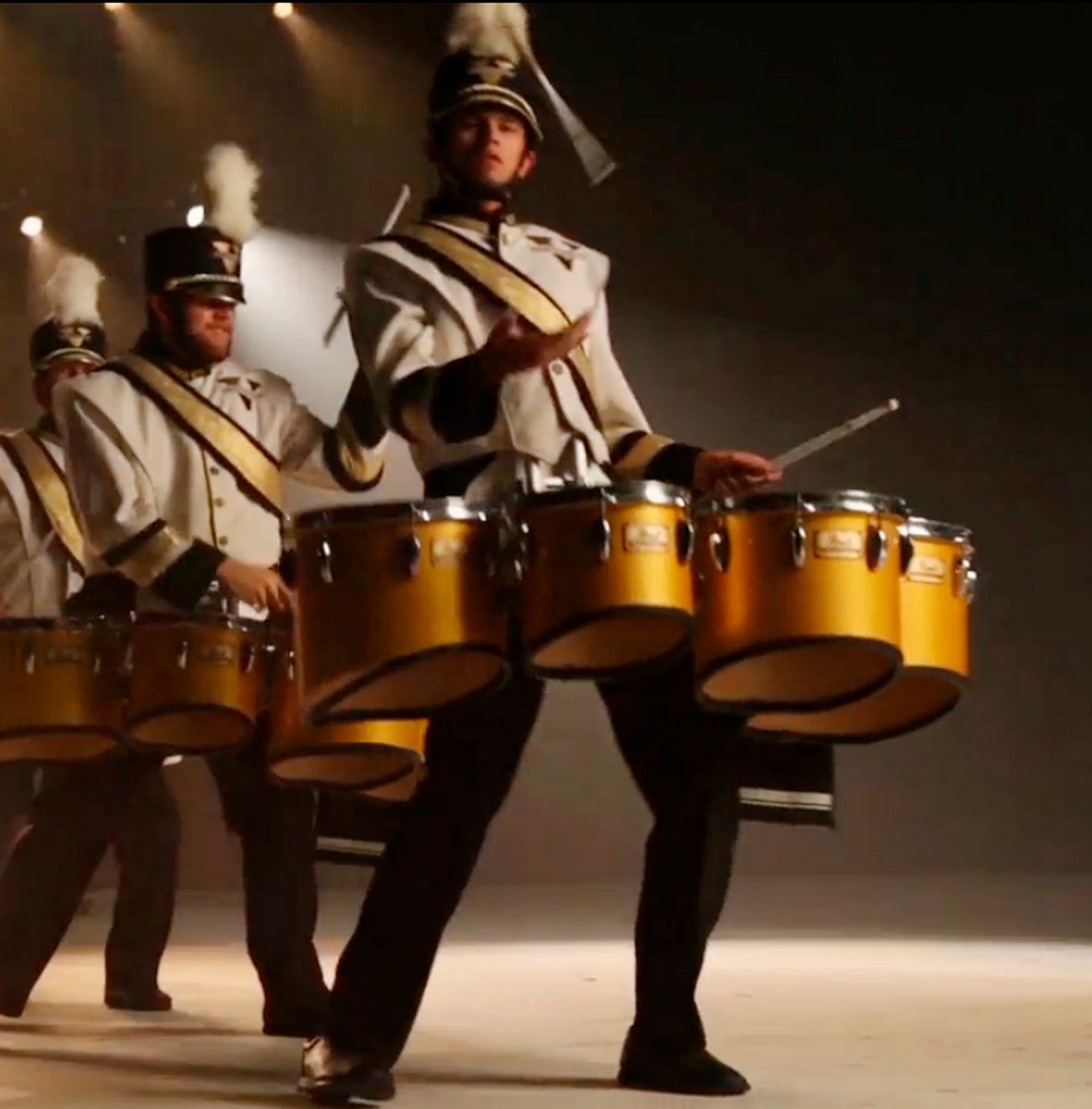 Vandalia’s Sawyer Dickenson is shown in Behind the Scenes video from Scotty McCreery’s ‘Southern Belle’ video.