“Some view it simply as an extra day out of school or a day off work, some view it as a day to get caught up on tasks that have been otherwise pushed aside and others view it as a day to give thanks for the great and many freedoms that our country would not have if it were not for those courageous men and women who put their lives on the line, day in and day out,” he said.
Redman, an Army veteran who is now a Vandalia Police Department officer, said, “As for me, I’ve had the distinct pleasure to view the day from many angles.
“I am guilty of taking advantage of that extra day off work, a day off school. I have taken the extra day to get caught up on tasks that I have pushed aside.
“And, after serving eight long years in the Army, with multiple tours overseas in Guantanamo Bay, Afghanistan and many countries in between, I now give thanks (for those who have served),” Redman said.
“Though I give thanks in a very personal and secretive way, I give thanks, nonetheless,” he said.
Redman said that he has felt the pain and sorrow that other veterans have felt, and feel today.
“I’ve seen the sadness in the eyes and on the faces of the mothers, fathers, sons, brothers and sisters who have said goodbye, not know the outcome of their service member’s trip or if they will ever be given the chance to see each other again.
“I’ve seen the fear in the eyes of a young soldier the first time a bullet flies or a bomb goes off in a war zone.
“I’ve stood on the front porch of that small-town home in the heart of America and attempted to comfort a crying mother and father after telling them that their son is not coming home, and thanking them for his dedicated service,” Redman said.
Thanking all veterans from the beginning of time for their service, Redman asked those in attendance to “pray for a veteran, both past and present,” and to pray that there will be individuals willing to serve their country in the future. 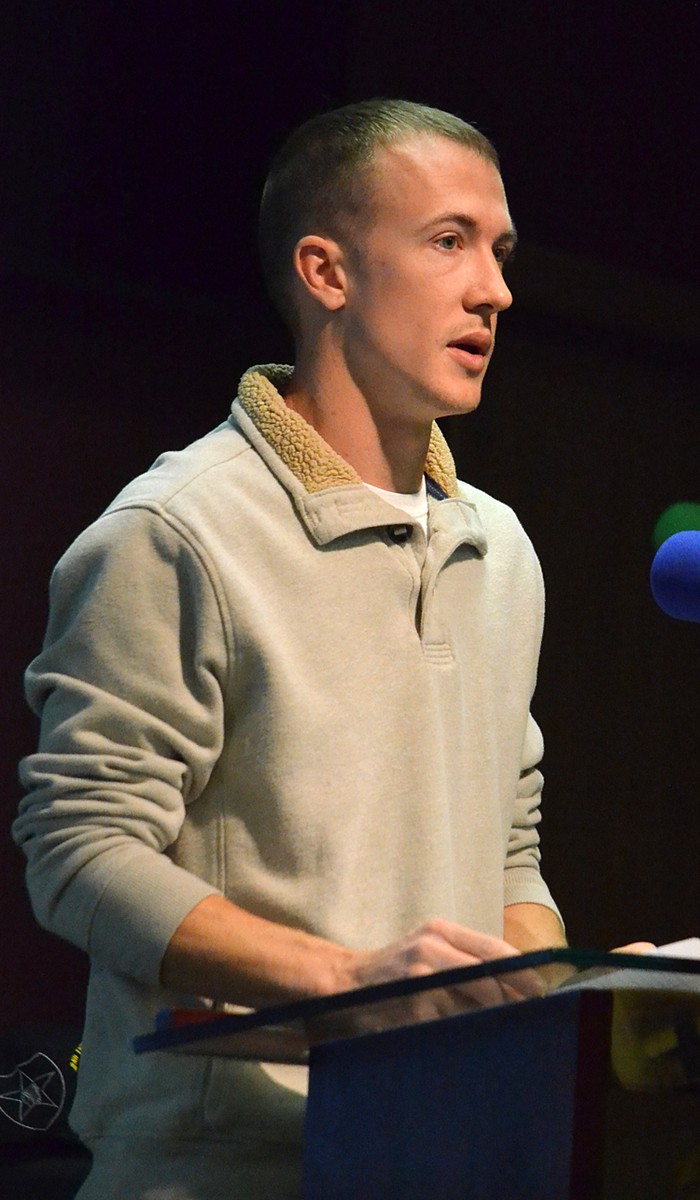