VANDALIA- Prior to last Thursday’s match with Carlyle, it seemed like the Lady Vandals were headed in the right direction, having won three out of its last four matches.
However, it appeared they took a step back in a 25-16, 25-22 loss to Carlyle.
The Lady Vandals were able to be competitive early on in the first game, matching the Indians point for point to a 3-3 tie.
From there, Carlyle would take over, going on a 5-0 run to take a 8-3 lead. Vandalia struggled to find any consistency, scoring its final points of the first game on a kill from sophomore Katie Tarkington and a Carlyle serving error.
Vandals head coach Amanda Walton had some words for her team, which seemed out of sync on multiple occasions in the first game.
“The girls just weren’t talking. Tonight there was no communication,” Walton said.  “They were playing very lazy.”
A frustrated Vandals squad was able to fight back in the second game after falling to an early 10-5 deficit. Kills from Tarkington and Carley Wilkerson, followed by a team block, tied the second game up  at 13-13.
However, an out-of-position Vandals squad couldn’t quite put together enough offense to top the Indians in the second game, ultimately losing the game 25-22 on a Carlyle block.
“I just think we weren’t moving like we should tonight,” Walton said. “If we had moved our feet like we have been previously, it would have been a different game.”
While it has been, for the most part, a disappointing season for the Lady Vandals, the young squad still has plenty of room to grow.
“We play primarily sophomores, so we definitely have a lot of room to grow and develop,” Walton said.
Senior Night
While the night started off positively, as seniors from both the volleyball and tennis teams were honored prior to the match, it did not end the same way.
The Lady Vandals were plagued with the same issues they had in the Carlyle loss, unable to find any consistent offense against the Gillespie Miners in a 25-14, 18-25, loss.
Walton honored her seniors early on as she put the majority of them in to play the first game. The senior led squad was able to jump out to a 3-0 lead behind the serving of Lexie Buechel, but could not carry the momentum much past that.
A serving error from the Vandals gave the Miners the lead back at 11-10. Runs of 6-0 and 7-0 by Gillespie proved to be too much for the Vandals to overcome, as they dropped the first game, 25-14.
The Lady Vandals did not fair much better in the second game, despite coming out to an early 6-1 lead, propelled by the serving of Rylee Wollerman. However, the Miners were able to take advantage of unforced errors by the Vandals squad as they grabbed a 15-14 lead, one they would not relinquish en route to the 25-18 game and match win.
The Lady Vandals will close out the regular season Thursday at Pana. 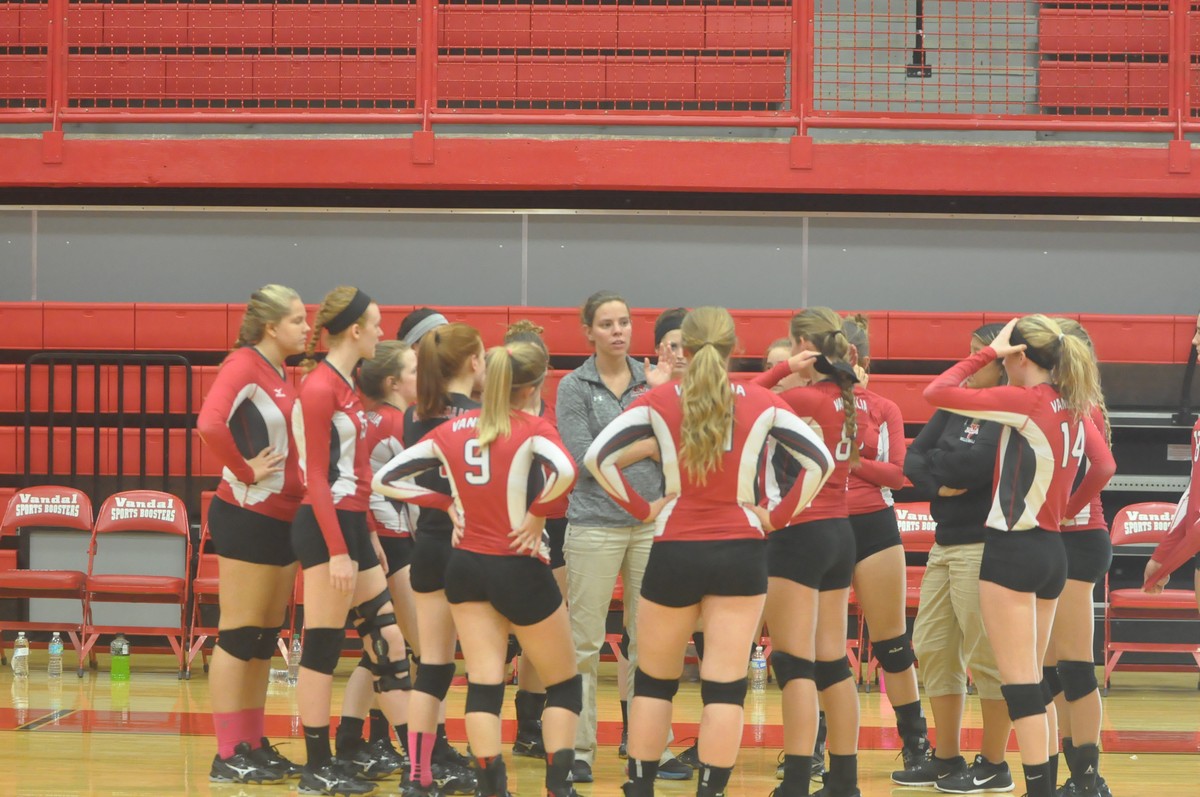 Vandals’ head coach Amanda Walton talks to her team during a timeout in the first game last Thursday night. 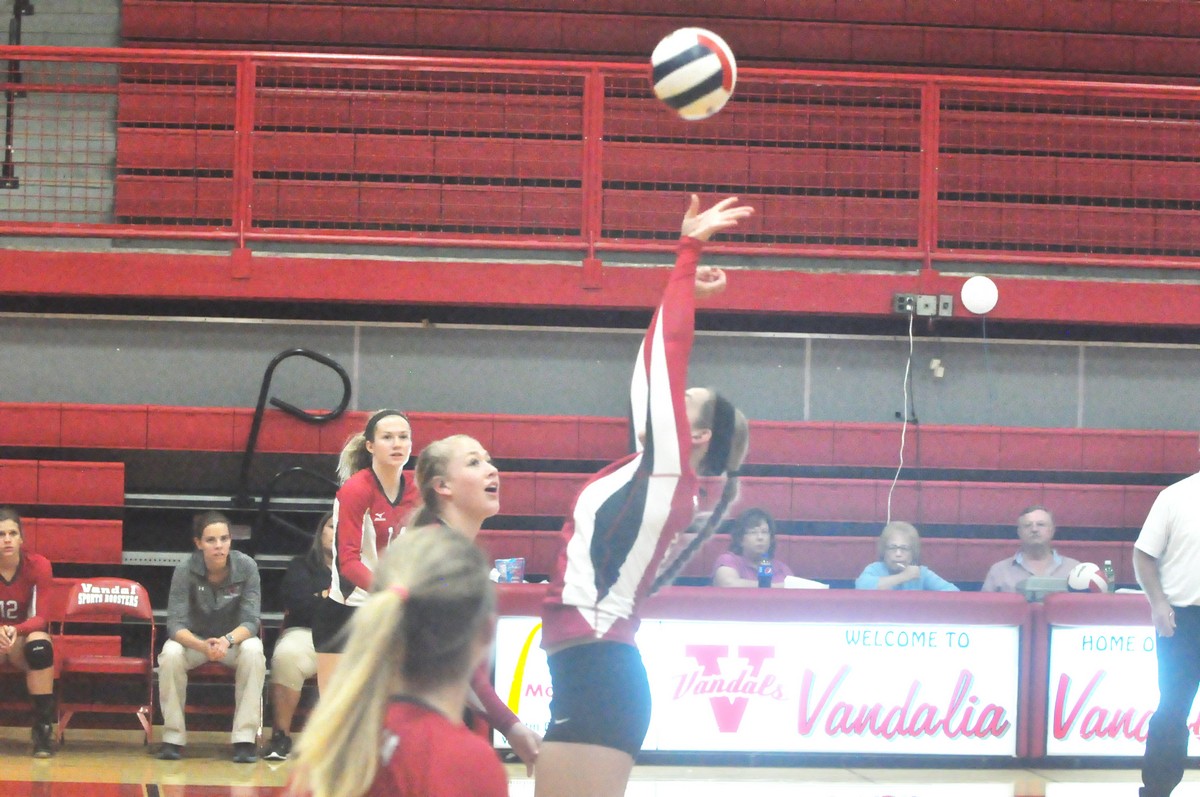 Sydney Austin sets up a pass for a teammate during last Thursday night’s match.