EFFINGHAM – There were high hopes for Hannah Blythe, as she entered the IHSA Sectional Tournament Friday as the top seed, having dropped only one singles match in the regular season.
Early on, she did not disappoint, as she was able to win her first match, defeating Effingham St. Anthony’s Megan Hodge, 6-1, 6-1.
Joining her with a first-round win was teammate Kiersten Dossett, who played what head coach Bill Blythe described as an “epic” three-hour match against Effingham’s Skylar Shafer. Dossett was able to eventually win the back-and-forth battle, 7-6, 5-7, 6-2.
Although, being understandably exhausted, she quickly fell to No. 5 seed Solene Jaspard of Salem, 6-0, 6-0, in the next round.
Blythe was able to end the day on a positive note for the Lady Vandals, as she was able to win her second round match, defeating Hillsboro’s Anna Talley, 6-2, 6-0.  Her 2-0 start advanced her to Saturday morning’s semifinal round and also qualified her for the state finals for her third consecutive year.
Blythe was unable to carry Friday’s success into semifinal play Saturday morning. It was a frigid and windy start, as Blythe faced off against Flora’s Allison Carder. Blythe was able to jump out to a quick 1-0 lead in the first set, but Carder battled back to a 2-2 tie early on.
Carder would take over from there, as Blythe struggled with unforced errors, dropping the first set, 6-2.
The second set didn’t prove to fair any better for the top-seeded Blythe, who after battling to a 3-3 tie, dropped the last three points to Carder, losing the set 6-3 and the match, putting her in the third-place match.
Blythe was matched up with Teutopolis’s Kaitlyn Deters in the third place-showdown. Deters handed Blythe her only regular season loss.
Deters would prove to be too much again, as she was able to get the best of Blythe once more, defeating her in straight sets, 6-1, 6-3. The loss gave Blythe a fourth-place finish.
“She just made too many unforced errors today, played some girls that just played real consistent,” Bill Blythe said. “They got the ball back on some shots and made her hit more than she could today.”
Blythe and Dossett’s singles victories gave Vandalia a fifth-place team finish, with Teutopolis coming in first. Jaspard, who defeated Dossett in the second round, took home the singles title.
Blythe will look to bounce back as she travels to the Chicago suburbs for the state finals this Thursday.
“She’s just going to have to go out there and just play like she has nothing to lose, which she really doesn’t when she gets up there,” Bill Blythe said. “It’s the same goal we have had for the last couple of years – get up there and get through the first couple rounds and hopefully get into Friday.” 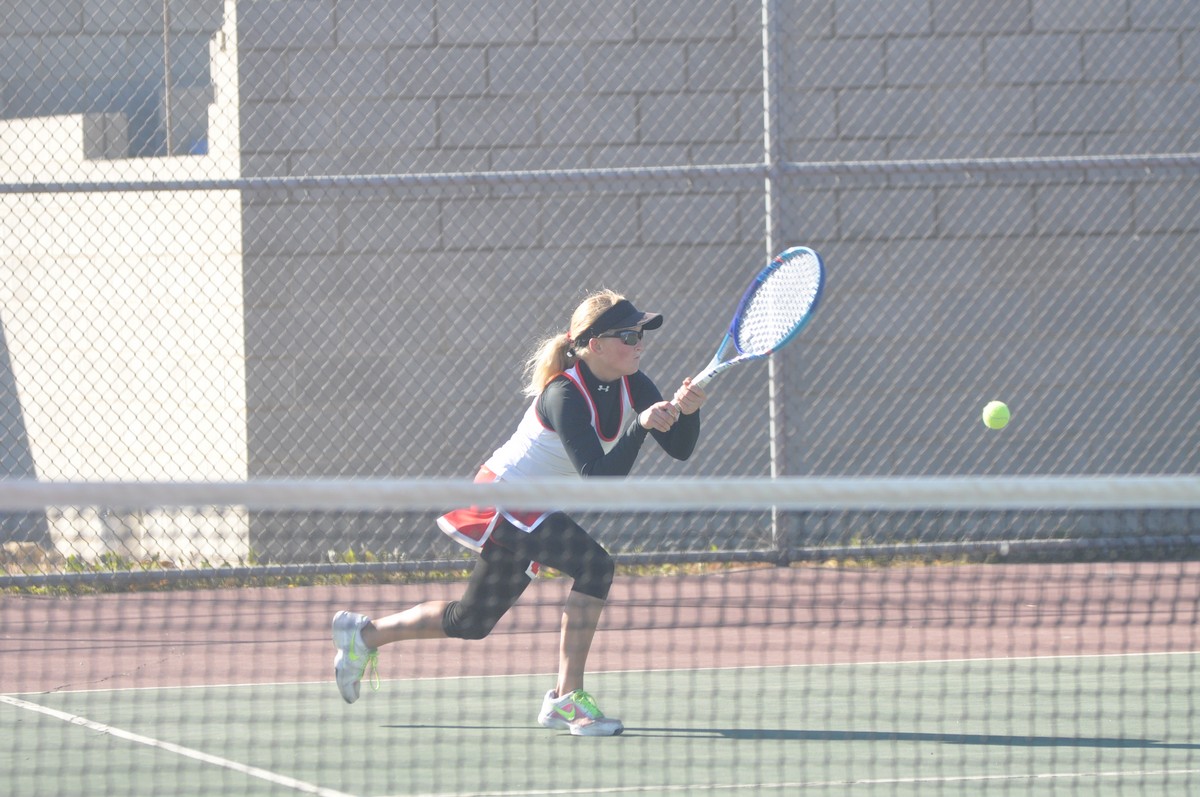