The person who has served as the interim chief executive officer of the Family YMCA of Fayette County has had the interim part of his title removed.

The YMCA Board announced late last week that it had named Ben Frazier as the chief executive officer and health & wellness director.
The board also announced that Amber Daulbaugh had been appointed to the position of associate executive director/program director.
This Saturday, from noon-2 p.m., the Family YMCA Board is holding a reception to welcome Frazier and Daulbaugh to their new roles. The reception is open to the public, with refreshments being served.
Frazier was appointed the interim CEO in June, when John Ashdown resigned to take another job out of state.
“Ben’s time as the interim CEO allowed him to continue to learn about our Y and its management from John (Ashdown), Family YMCA Board President Rick Myers said.
“This knowledge, and his successful stint as the interim CEO, were important factors in the decision to hire Ben as our CEO,” Myers said.
While he will have new responsibilities as CEO, Ben will retain his responsibilities as the Y’s Fitness & Wellness Director, a post he has held since October 2013.  “Ben has excelled as our Fitness & Wellness Director, and we did not want to lose that contribution in this process,” said Myers.
Similarly, YMCA programs have seen a resurgence since Daulbaugh returned to the post of program director, Myers said.  “You can feel the difference Amber makes in our programs here at the Y, and you can see that difference in the faces of the kids we serve,” he said.
“We, as a board, felt that it was important for us going forward to ensure that our programs remained entrusted to Amber’s care.”
Both Frazier and Daulbaugh possess bachelor’s degrees from accredited universities and will go through training to become certified YMCA leaders. The board believes this leadership team approach will bring stability to the YMCA, both from the past to now, and from now into the future.
“Through great support from our members and community, both the YMCA and Fayette County have been presented with a wonderful opportunity,” Frazier said.
“We have unlimited potential here at the YMCA and I would like see to it that this organization reaches its full potential.  I want to build upon what John (Ashdown) did here, and I am confident that I, with the support of Amber, the staff, and the Board of Directors, can move this organization forward into a bright future.”
“My heart is in programs here at the Y,” Daulbaugh “and being a part of the new leadership team will allow me to continue my work to grow and improve our programs.
“At the same time, I can play my part in leading and growing this YMCA.”
Prior to promoting Frazier and Daulbaugh from within, a committee conducted a nationwide CEO search, with the assistance of a CEO-search specialist from the YMCA of the USA. The search attracted applicants from as far away as Michigan and Arizona.
The committee reviewed resumes and conducted six interviews, which resulted in Frazier and Daulbaugh being the top two candidates to replace Ashdown.
“We are very pleased that we were able to retain Ben and Amber and give them the opportunity to lead our YMCA into the future,” said Myers said.
The Family YMCA of Fayette County is a non-profit organization that serves local children, youth and adults through programs, sports, childcare and healthy lifestyle activities. In 2014, the Y provided $13,000 in scholarships, and free and assisted programs. Within the YMCA’s financial capabilities, no person is refused program or membership privileges because of inability to pay. 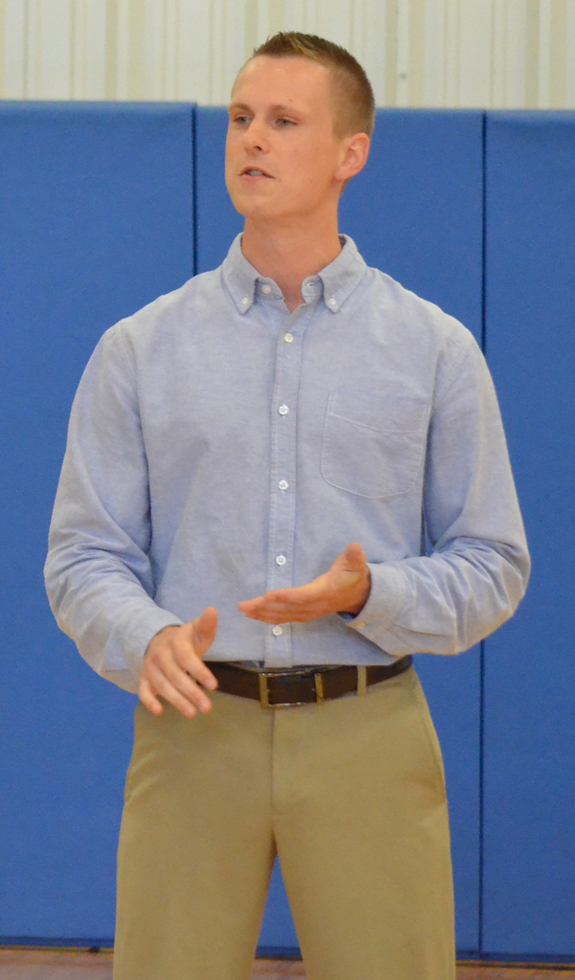