The stories on the kiosks for St. Elmo, Brownstown and Vandalia, though briefness was a necessity, seem to get to the heart of each of the towns, both through the text and photographs that compose the panels on the kiosks.

Reading those stories led to curiosity about the author and designer of the exhibits, Joe Richardson, which led to a conversation with this man, an accomplished and professional writer.
Although Joe is not of Fayette County, we could count him as an honorary Fayette County citizen, due to his in-depth research and, especially, his interest in our history and the old National Road.
The Man Behind the Kiosks
Joe Richardson has written for newspapers, magazines and national trade publications, but, “I’d never tackled a project (kiosks) like this. So I did homework. And I learned.”
He called the University of Wisconsin-Stevens Point. “They teach wayside interpretation. I spoke with an instructor who co-wrote some of their text books,” he said. “We talked about perfect world versus real world situations.
“I bought his book and committed the principles to memory. I studied National Park Services panels, manuals addressing cultural historic interpretation, interpretive illustrations from various art studios, and read outlines and guidelines from interpretive projects across the U.S. and Canada.”
Joe said that he quickly found this wasn’t color-by-numbers writing. “This was craft – elegant, demanding, precise,” he said.
“You start with a sledgehammer and end with a fine line brush, begin with broad concepts, narrow them, refine, revise and refine again.”
He drove the National Road from Illinois to West Virginia, gathering ideas and context.  “I studied kiosks and markers in those states, asked questions, what worked, what didn’t and why. What locations did they choose? What stories did they tell? Why did they choose those places and that focus? What could we do better?”
“I looked for natural attractors, features that draw attention, fascinate or beg for explanation, and recorded impressions of the site. In short, I viewed each community through the eyes of a tourist. “
“Tell the Story of the National Road …
… was the kiosk committee’s directive, which left me with a lot of latitude. From the beginning, I knew I wanted to offer 21 different experiences, rather than the same experience 21 times.
“With a roadside kiosk, you have about three seconds to capture someone’s attention,” he said. “Your headlines and dominant photos do the heavy lifting. After that, you need compelling prose and evocative images to pull them into the panel and hold them.”
He makes the kiosk so interesting that the traveler will stop and read the next kiosk, and hopefully return to the town someday to visit and get to know the community and the people.
Photos to Illustrate the Panels
“With a project like this, words carry little weight without photographs. Sometimes, you go through 10 people to find the right photo,” Joe said.
“There were stories I wanted to tell, but couldn’t for lack of photos. But, sometimes, if you’re resourceful, you’ll find a way – case in point: Brownstown.  I couldn’t tell the story of Twin Pumps without Ezra Griffith. But I had no images to illustrate the narrative.  What I did have was access to an artifact – Griffith’s gravestone. I photographed the marker and that image became a focal point of the panel.”
The Heart of the National Road…
“The National Road isn’t about pavement, it’s about people. History, in general, isn’t facts and figures – it’s people and places, character and conflict, lives well-lived or gone astray.
“Part of what I like about writing history is building the bridge between here and there, making pieces of the past relevant to people in the here and now,” Richardson said.
And that explains how he captured the heart of each community on their kiosk- he really has a heart for history, people and the communities they build and live in, along The National Road.
Joe Richardson serves as vice president of communications for Southwestern Electric Cooperative, Greenville. He divides his time among researching, writing, editing and shooting stories fir the co-op’s member magazine, “The Southwestern,” and trying to keep up with his wife, Kelly, and their children, Emma and Joseph. 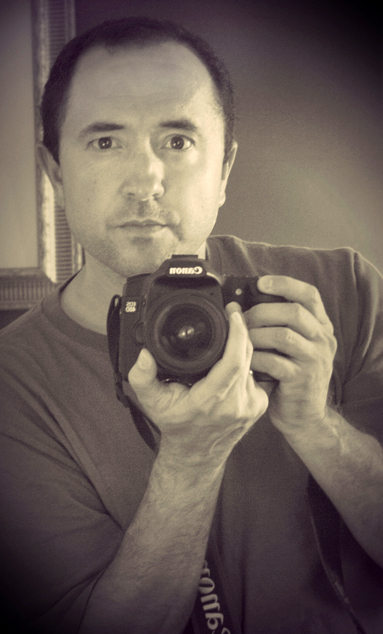