A project moving southward through the center of Fayette County that has had significant impact on the local economy is more than 60-percent complete.

Enbridge Energy Co. is installing 167 miles of crude oil pipeline from its terminal in Flanagan to an existing terminal hub in Patoka, with a little more than 36 miles of that line running through Fayette County.
The 167-mile stretch is broken into two “spread,” with the section through Fayette County being part of the southern spread that starts in Decatur.
Enbridge has about 1,300 workers involved in the project, with about 700 working on the southern spread and about 500 in the Fayette County area, according to Adam Erickson, Enbridge manager of engineering and construction.
Those numbers include contractor employees, subcontractors, surveyors and inspectors, with about 100 Enbridge people working out of its temporary office space on Veterans Avenue in Vandalia.
The company’s southern access extension pipeline project, which was started in the middle of June, is expected to transport (at a walking pace) about 300,000 barrels of crude oil per day.
Enbridge hopes to have most of the project completed by the end of this month, and to have crude oil moving through the 80-foot sections of 24-inch pipe by the end of the year, Erickson said.
Once the pipeline is in the ground, generally at 5 feet below the surface, the contractor will push back the topsoil “and return the ground to its previous use,” as specified in individual agreements with landowners, he said.
Enbridge has agreements on about 700 tracts of land, Erickson said.
The contractor for the project, Illinois Extension Pipeline Co., brings workers into the area for the work, but also works with local unions. “There are quite a few local people working on the project,” Erickson said.
The pipeline contractor is a joint venture between an Enbridge affiliate, Enbridge Energy Co., and Lincoln Pipeline, a subsidiary of Marathon Pipeline Co., according to Rolf Lund, Enbridge community relations consultant.
The project got under way with crews clearing and grading the land where the pipeline is laid, with Enbridge having 60 feet of easement along the path and using a temporary workspace of about 120 feet, he said. The company uses existing utility corridors as much as possible.
The project contractor is using backhoes to dig the trenches and automatic welding equipment that is housed in six welding shacks being moved down the project line, with each welding taking about five minutes to complete.
“It’s like a moving assembly line,” Erickson said.
Once the work along the 167-mile project is complete, he said, Enbridge fills the line with water and increases pressure for hydrostatic testing.
Once the line is in operation, Enbridge monitors the line on a regular basis, through visual inspections as well as periodic inspections using a tool that flows with the oil. “We also make inspection digs, as necessary,” Erickson said.
He said that Enbridge maintains contact with both public officials and with emergency responders. “We go over the plans with them, explaining what’s there and what to look for.
“We also do training and drills on an annual basis,” Erickson said.
He said that Enbridge can shut down the line “in a matter of five minutes, and sectioning valves can be shut off with the push of a button.”
Erickson said that Enbridge’s work has included educating local residents on the projects through mailings with groups like the Farm Bureau, and that it works to do the best job possible.
“We have made commitments to the Department of Agriculture, and we have honored those commitments. We also have internal standards, a number of different specifications and commitments to meet, and we do that,” Erickson said.
Lund said that the project represents an investment of more than $900 million, and that it provides a boost to the local economy, in the form of such things as hotel stays, food and gas purchases, and the rental of recreational vehicles that serve as living quarters for pipeline workers. 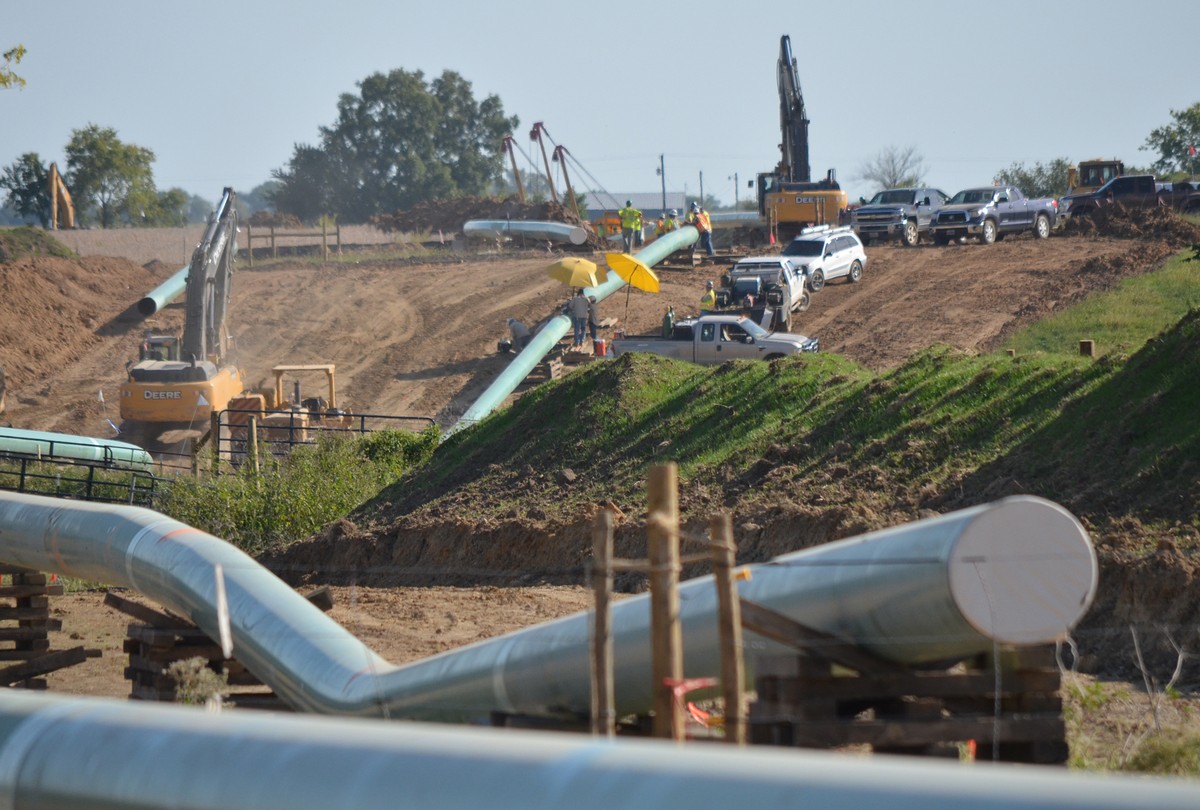