VANDALIA- It was strong pitching that helped Brownstown/St. Elmo take the first two games in the Egyptian-Illini Conference Tournament, and it was strong pitching that completed the Bombers' 3-0 sweep with a 6-0 win over Mulberry Grove Thursday night.
BSE senior Noah Flowers followed up complete-game efforts from teammates Landon Feezel and Dalton Denton with one of his own, finishing the game one hit shy of a no-hitter. Flowers was aggressive all night as he struck out nine and walked only two.
"Whenever you have a senior come out and throw that well for us, I can’t ever say enough about that," Bombers head coach Ryan Beccue said. "He has been through a lot now in his fourth year. He’s thrown a ton of innings for us. It’s just nice to see our lone senior step up and take care of things.
Mulberry Grove threatened in the top of the first inning with men on first and second, thanks to an error in right field and a Flowers walk.  Flowers was able to pitch out of trouble, striking out Josh Huhn looking and getting to Austin Redfern pop out to close the inning.
Poor fielding from BSE early on gave Mulberry Grove a good scoring chance in the top of the third. Two errors, followed by a passed ball, put runners on second and third with only one out. However, Flowers was able to bail out his defense, striking out Michael Sloan looking and forcing a Huhn pop out to get out of the inning unscathed.
Beccue remained positive despite the three early errors, as the Bombers were able to finish strong defensively.
"We were under the lights for our first time and we have a lot of young guys. I was really proud of the way they made adjustments throughout the game and got more comfortable," Beccue said.
"We had a couple errors that could have really hurt, and at times this year it has, but I was proud of the guys to bend but not break, and a lot of that has to do with Noah out there."
BSE's patience at the plate helped them strike in the third inning, with Lewis Brown and Cole Horner drawing lead-off walks. Landon Feezel capitalized, roping a single to left field, bringing Brown in to give BSE the 1-0 lead. Flowers helped himself out with an RBI ground out on the following at-bat to give BSE the 2-0 lead.
A Flowers walk and subsequent balk set the Bombers up for some insurance in the fifth, as Nate Thilpot capitalized with an RBI single to extend the Bombers lead to 3-0.
BSE added three more insurance runs in the bottom of the sixth inning to give Flowers a comfortable 6-0 lead to close it out.
A Dawson Enloe groundout to start the top of the seventh put Flowers two outs away from a no-hitter. However, an infield single, from Joey Linnabary spoiled the opportunity, but not the game as Flowers was able to preserve the shutout win for the Bombers, completing their 3-0 run in the EIC tournament.
With the Bombers coming in first in both EIC regular season and tournament play, Beccue stressed that the season is far from over.
"I told the guys there that this is not the end for us by any means," Beccue said. "We still have two full weeks left to go, a lot of good things we can do, and if we play with this type of enthusiasm and the never-give-up attitude, we are going to be just fine."
The Bombers will look to carry the momentum from the tournament win as they prepare for the National Trail Conference tournament in Effingham Oct. 5, 7, and 9. 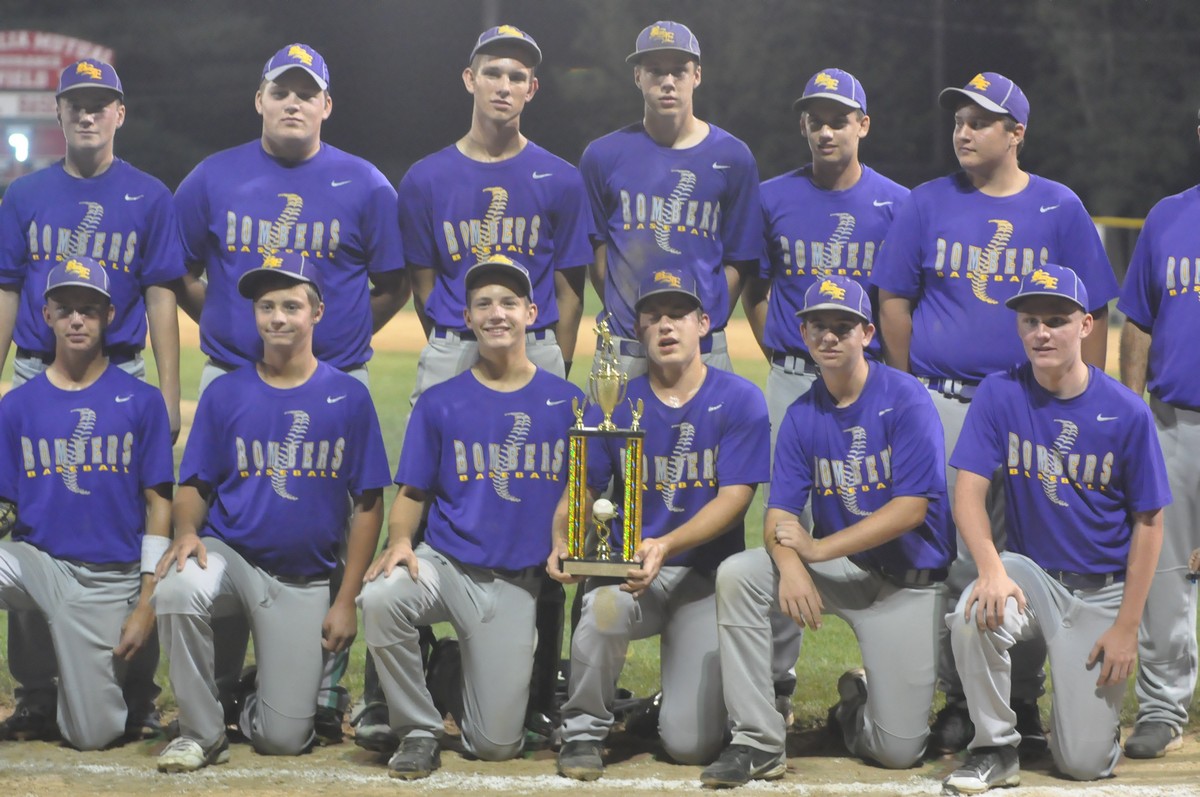 Brownstown/St. Elmo poses with the EIC Tournament championship trophy. BSE went 3-0 in the tournament, finishing with a 6-0 win over Mulberry Grove. 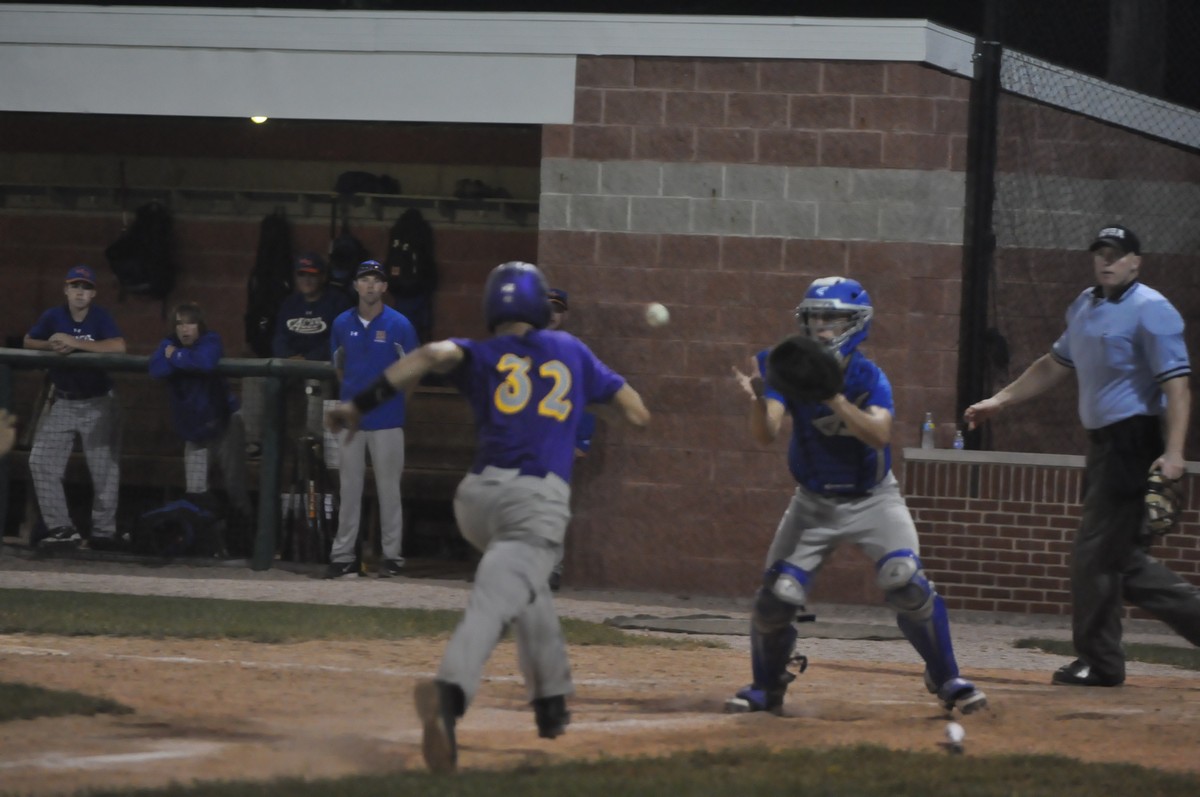 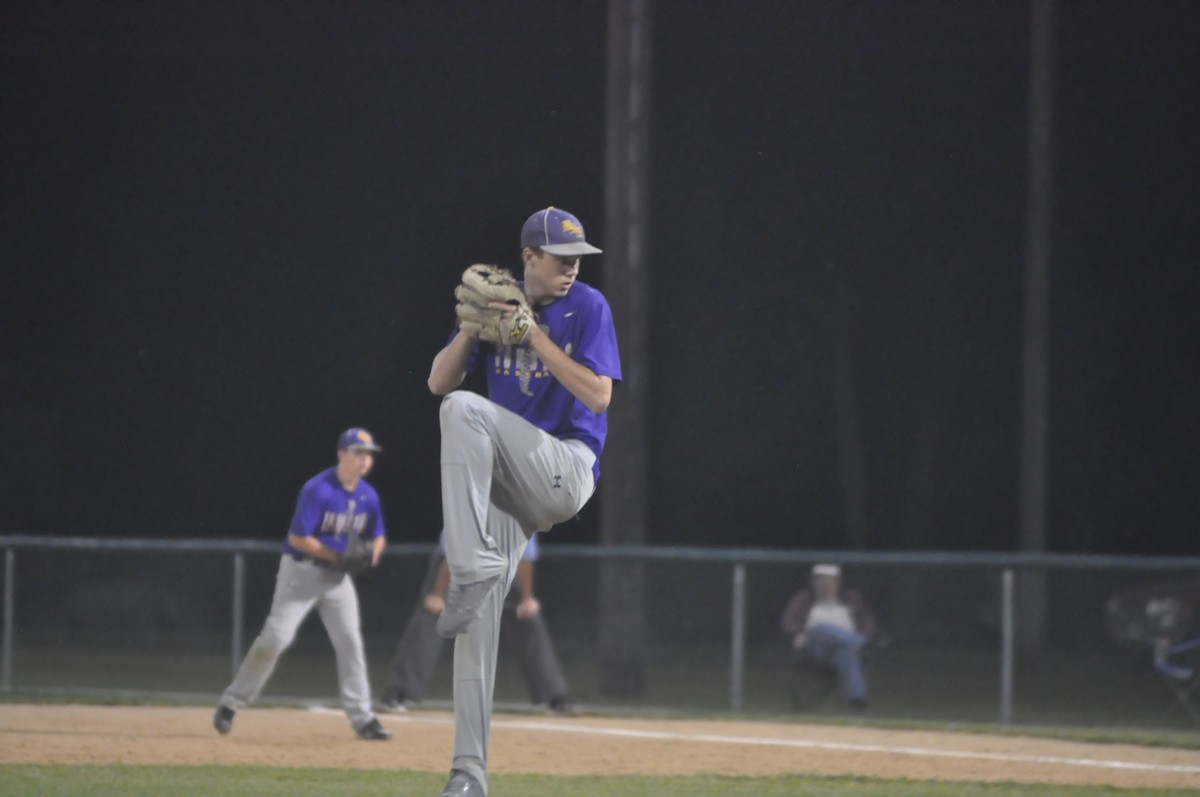