VANDALIA- The Vandalia High School soccer team fell just short of picking up its third win of the season last Thursday afternoon, falling to Christ Our Rock Lutheran 2-1. The win would have set a program record for wins in the season.
Vandalia was able to win the first showdown with CORL earlier in the season, 9-4, thanks in large part to Boaz Haveman's six goals, a program record.
Vandalia assistant coach Matt Philbrick commented on Haveman's impact this season.
"It's been great. We were lucky to grab a foreign exchange student from the Netherlands," Philbrick said. "The kid is just an athlete. He is making the rest of the team better. We just need to get them all on the same page."
However, the Vandals came out to a slow start, allowing CORL to control the ball in its territory the majority of the first half.
CORL was able to secure a break-away well into the first half, setting them up for the first goal of the game, shooting it past the outstretched arms of Vandal goalkeeper Josiah Yexley, who finished the game with 17 saves.
The Vandals were able to increase the offensive pressure in the second half. Sophomore Nic Wollerman tied the game with a beautiful shot into the top left of the net, right past a diving CORL goalie. Haveman recorded an assist on the play.
"Wollerman played a great game, he had hustle all over the place," Philbrick said. "He put the ball in the back of the net, it was great shot from behind the 18. He and Boaz worked the ball well together.
However, CORL was able to answer late in the second half, scoring on a goal to give them a 2-1 lead. The Vandals' Haveman and Wollerman were able to generate a couple of scoring opportunities to try to tie up the game, but came up just short as time expired with the Vandals in CORL territory.
"We just came out flat, we had about ten minutes of intensity and we just need to play intense the whole game," Philbrick said.  "We played this team before and knew they were going to come out intense. They did and we didn't, and that's just how it goes."
Vandalia moves to 2-6 on the season, with eight more chances to pick up its program-record third regular season win. 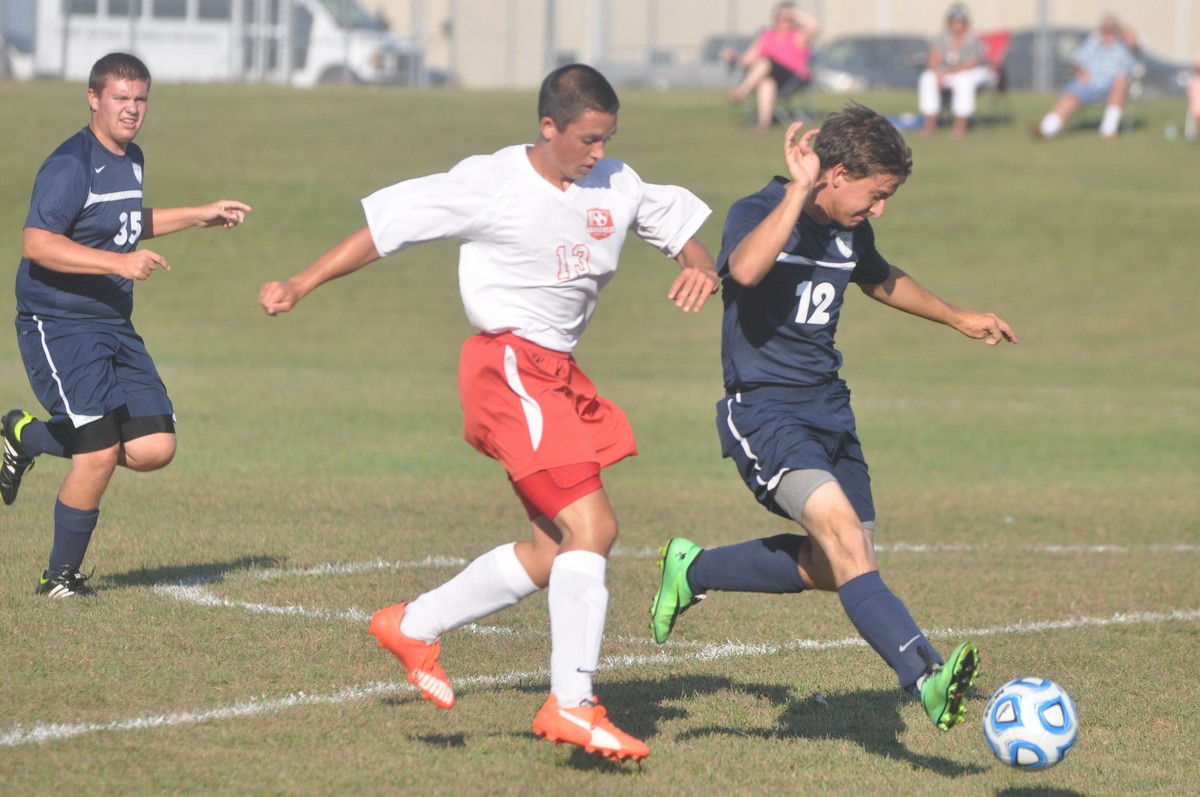 Nic Wollerman attempts to steal the ball from a CORL player. Wollerman scored the Vandals lone goal of the game early in the second half. 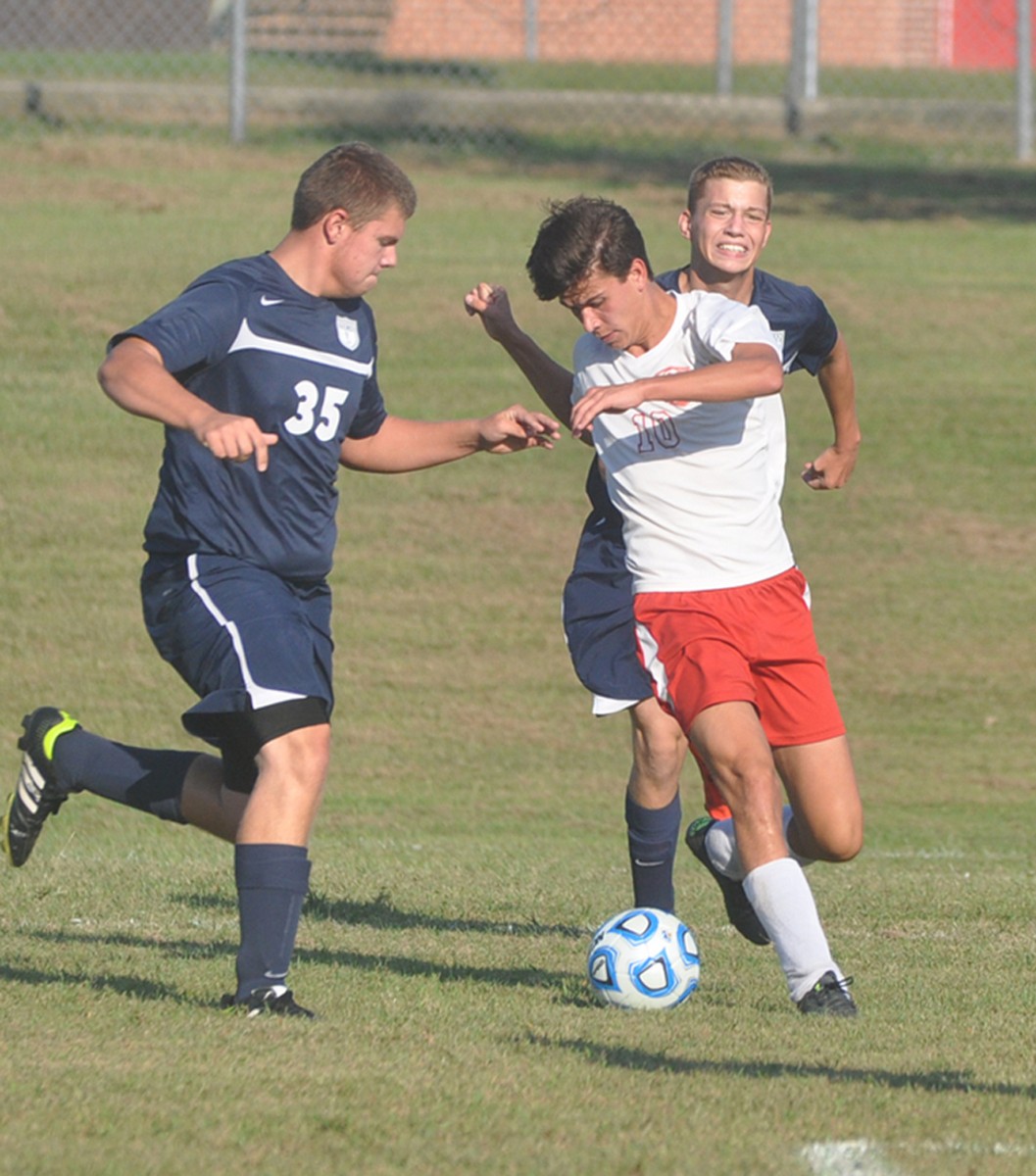