Participation in an event held to both raise funds for the new home of Brownstown VFW Post 9770 and recognize this country’s veterans and armed services personnel almost doubled in its second year.

While the inaugural Nine-Mile Gut Check held by Post 9770 attracted about 70 people, the second annual event drew more than 140, including volunteers who signed up to help.
“We are very pleased with the turnout,” Robyn Pontious, one of the organizers of the event, said.
“The first year, we didn’t know how it was going to go, but it turned out really well,” Pontious said.
“This year, I’m very impressed with the turnout, both with those who ran or walked the nine miles and those who volunteered for this.”
Pontious said she believes that one reason for increased turnout was that this year’s run/walk was held on POW/MIA Recognition Day.
“I also think that people know that the Brownstown post works really hard and that we do a lot for the community, and that they want to offer their support,” Pontious said.
Participants walked or ran from the Crawford-Hale American Legion Post 95 Home in Vandalia to the VFW Post Home in Brownstown.
Funds raised through the event will go toward finishing the new Post 9770 Home, Pontious said. 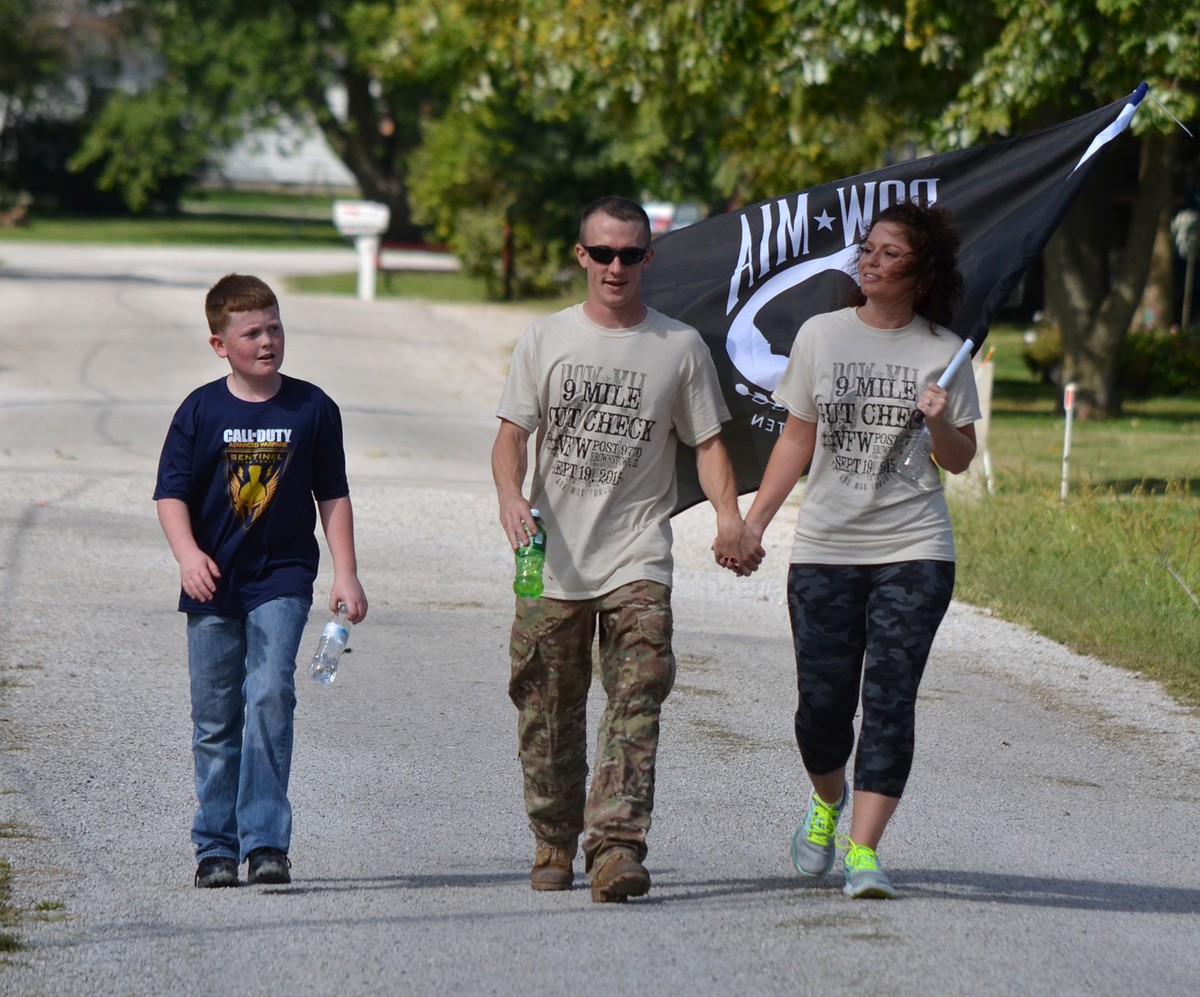 One of the event organizers, Robyn Pontious (right) walks with her fiancé, Blaine Redman, and 11-year-old Seth Redman, as the trio completes the long trek.

Participants in the Nine-Mile Gut Check run along U.S. Route 40 east of Vandalia as they head to the Brownstown VFW Post 9770 Home. 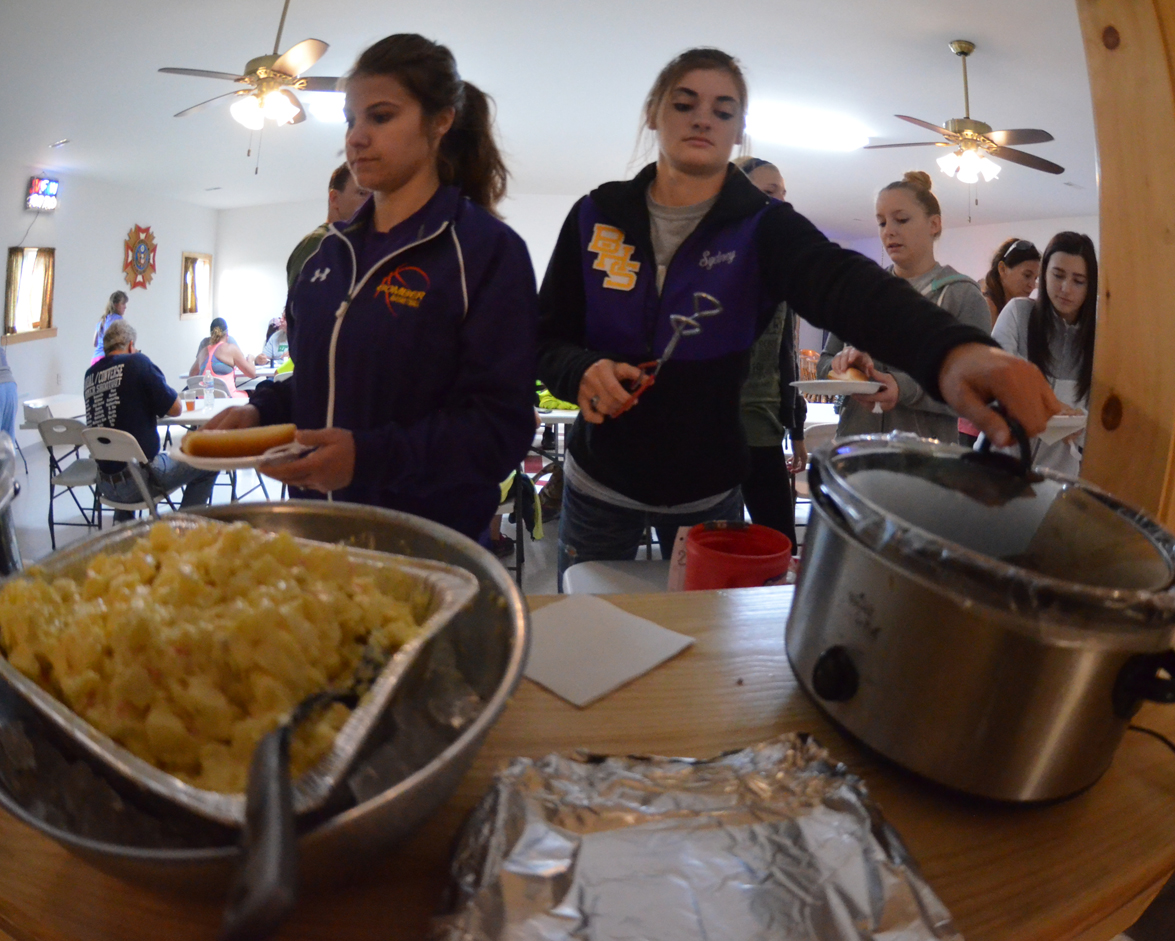 Participants enjoyed a meal at the post home afterward.