The Vandals bounced back in a big way Friday night, topping Carlinville, 27-18, and evening up their record to 1-1 on the season.
“It was just a great effort by our guys. They came out this week and were determined to prove they are a better football team than what they showed at Gillespie,” Stout said.
Vandalia grabbed the momentum early on as Carlinville fumbled on its opening possession.  They capitalized on the short field, as Bobby Bradley capped off a five-play, 32-yard drive with a 26-yard rushing touchdown to give the Vandals a 7-0 lead with 10:10 left in the first quarter.
The Cavaliers struggles continued on their next drive as they lost another fumble, giving Vandalia the ball at its own 29.  Richie Well took advantage, connecting with Kelly Jones, who was able to shake off a Carlinville defender for a 59-yard score, stretching the lead to 14-0 with 5:24 in the first.  Well finished the day 8-for-13 with 153 yards passing.
Vandalia continued its offensive success later in the second quarter, as Bradley was able to break free again, this time for a 4-yard rushing touchdown to cap off a 62-yard drive. Bradley finished the game with 118 yards and two scores, after managing only 43 yards at Gillespie.
“Bradley ran hard,” Vandalia head coach John Stout said. “It was a great effort by him. “
Carlinville continued to struggle with turnovers, as Vandalia’s Marcus Zimmerman pulled down an interception, returning it to the Cavaliers 27-yard line with 2:24 left in the half.
However, the Vandals failed to find the end zone for the fourth time in the half, settling for a 22-yard field goal from senior kicker Boaz Haveman heading into halftime with a 24-0 lead.
The 24-point lead proved crucial for the Vandals in the second half, as Carlinville managed to grab its first points on a 30-yard rushing touchdown from running back Jacob Dixon. They would fail on the two-point conversion, cutting the Vandals' lead to 24-6 with 1:15 left in the third quarter.
Vandalia was able to answer a few drives later with a 26-yard field goal, extending its lead to 27-6 with only 6:11 left to play. Haveman was a perfect 3-for-3 on PAT's and 2-for-2 on field goals.
“When you get down there and you can put points on the board, even if it’s not a touchdown, that’s huge,” Stout said.
Carlinville fought back, engineering a nine-play, 58-yard drive, scoring on a 2-yard rushing touchdown from Dixon. A failed two-point conversion cut the Vandals' lead to 27-12 with 4:14 remaining.
The Cavaliers forced Vandalia to punt a couple minutes later, and capitalized with a 66-yard rushing touchdown from Dixon with 1:58 remaining.  However, another failed two-point conversion kept them down by two possessions.  Dixon was the lone bright spot for the Cavaliers, finishing the day with 222-yards rushing and scoring all three of Carlinville's touchdowns.
Vandalia would hold on from there to win 27-18, despite the shaky second half.
“We were trying not to do anything dumb and turn it over. They had the field position on us,” Stout said. “We have seven guys going both ways and we got a little tired; we had to sub some people in. Dixon is a good back and he just made some plays.”
Vandalia will look to continue its winning ways this Friday with its home opener against Staunton at 7 p.m. 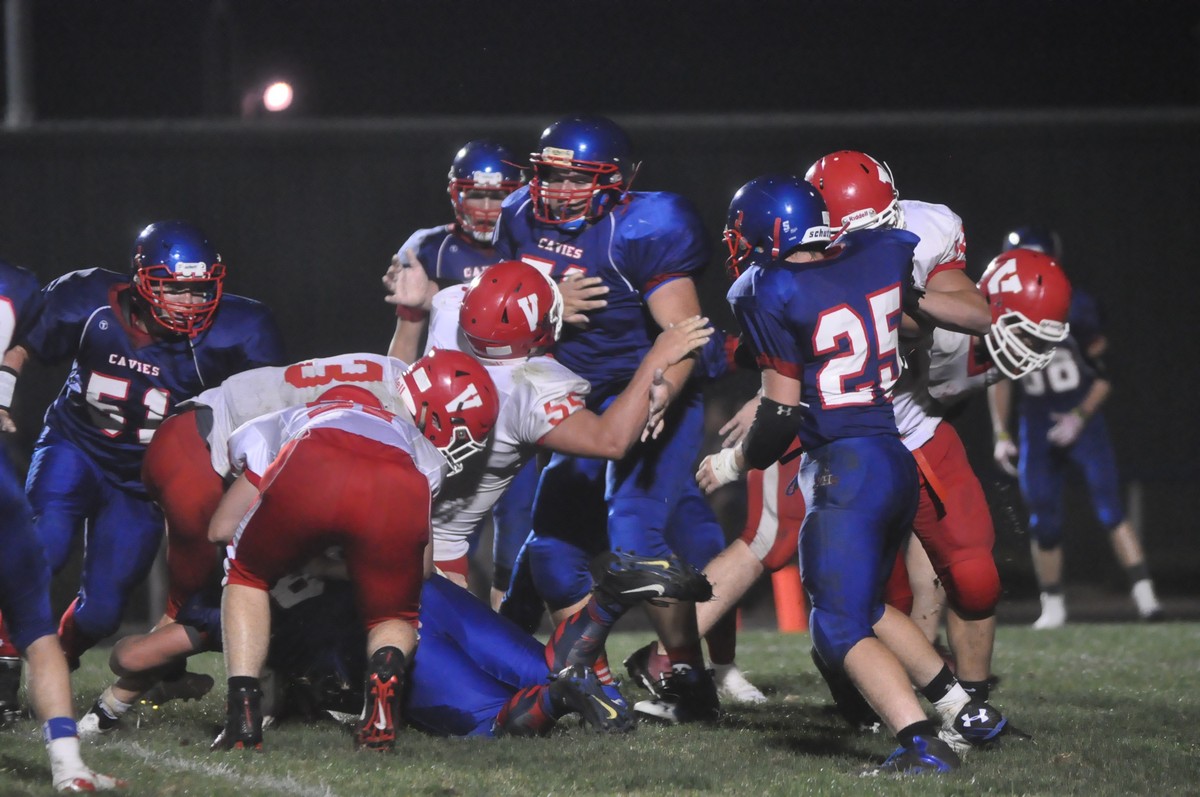 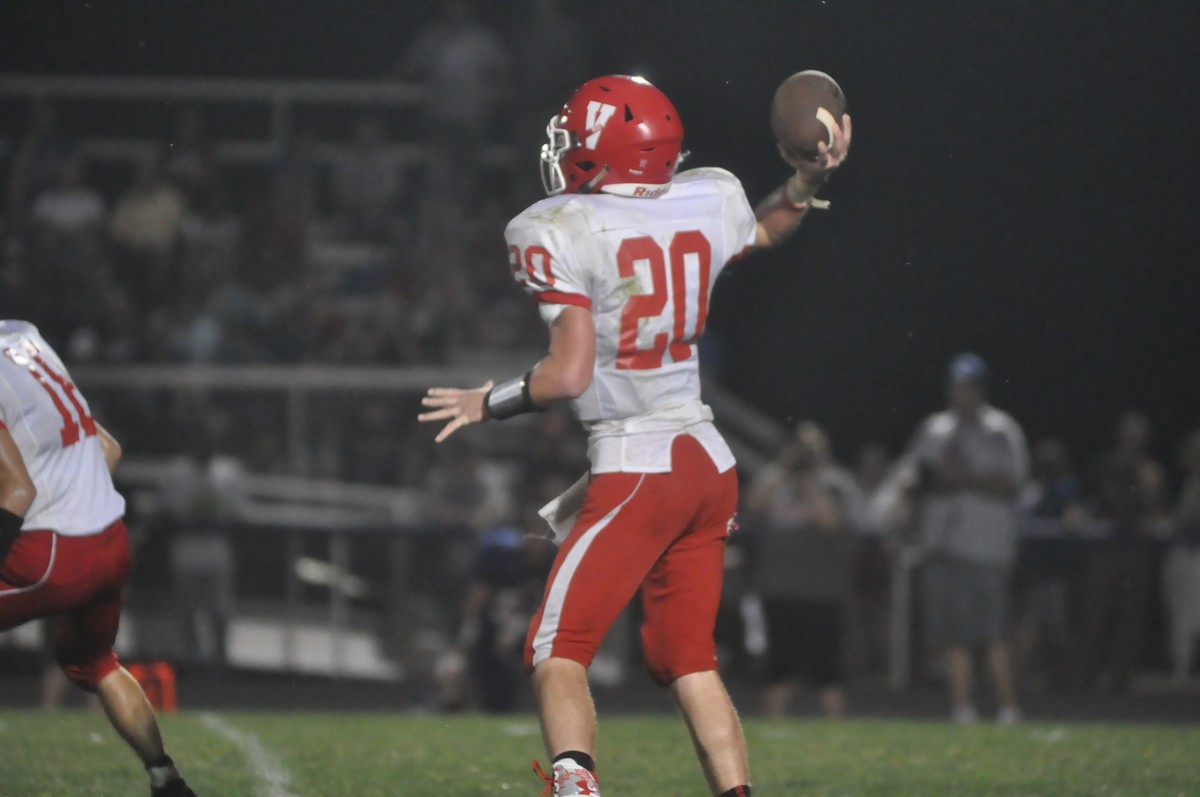 Vandal quarterback, Richie Well, attempts a pass. He finished the game 8-for-13 with 153 yards passing.