The third kiosk placed in Fayette County by the National Road Association of Illinois bears the words “End Of The Road” and is located in Vandalia, about a block west of the Vandalia Statehouse and the silent, strong sentry of the Old National Road, the Madonna of the Trail.

The lady’s very appearance in clothing, her protective posture and her determined, visionary, countenance represents the strength, endurance and courage the pioneers who traveled the road had to have had.
It is indeed like a “story board,” as there are several interesting photos, accompanied by informative historical text.
The kiosk also presents photographs of an early bridge that spanned the Kaskaskia River and noted that the first one was a covered bridge.
It also notes that little more than wilderness was found between the Kaskaskia and Wabash rivers in Vandalia’s beginning years.
It was, indeed, just a short ways from the west bank of the Kaskaskia River that Vandalia was carved out of the wilderness, destined to become the capital of Illinois.
The kiosk is easily accessible, as it is next to the alley, just west of the Burtschi Brothers and Co. at 415 W. Gallatin Street.
As citizens of Fayette County, many of whom are lifelong residents, we appreciate our heritage and the historical significance of our villages and towns.
Many began as small settlements and, nourished by the opportunities the National Road provided, grew into villages and towns, which, in turn, provided food, water and shelter for the travelers and their animals. 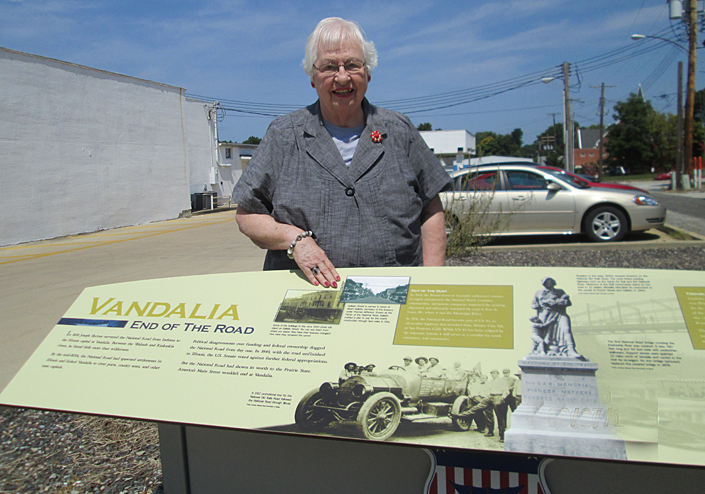