After the roof and third story of a building in downtown Vandalia collapsed early on Tuesday, a structural engineered offered the opinion that that building, and two others, should be demolished.

And, until they are, two half blocks of the downtown will be closed off to traffic.
Vandalia Police received a report shortly before 5 a.m. on Tuesday of a fire in north side of the 500 block of West Gallatin Street. Upon their arrival, officers noticed power lines down in the alley behind those buildings, and that a front window of the building at 501 W. Gallatin St. was busted out.
Officers then determined that the roof on the building at 507 W. Gallatin had collapsed, with the collapse causing damage to the two buildings to the east.
Vandalia Police then summoned the Vandalia Volunteer Fire Department, which used its two ladder trucks to inspect the damage from above.
A short time later, Fayette County Sheriff’s Office personnel brought the department’s drone to capture video footage of the damage from above.
Mayor Rick Gottman contacted the city’s consulting engineers, John Crawford & Associates, and asked the firm to have a structural engineer inspect the buildings.
That inspection determined, Gottman said, that there was roof collapse on two of the three buildings, that the collapse damaged all three buildings and that the buildings should be demolished as soon as possible.
The mayor said the engineer said that if the buildings were to be repaired, the structures would have to be brought up to current building codes and that it would not be economically feasible to do so.
The collapse of the roof on the building at 507 W. Gallatin St. comes several months after the city cordoned off the parking lane on the east side of the building at 501 W. Gallatin St. due to structural concerns with that side of the building.
The city went to court on Tuesday to obtain a court order that prohibits anyone other than police, fire or public works authorities from entering any of the three buildings.
The temporary order, which is good for 10 days, states that “serious and significant issues of public safety are involved,” and that it’s in the best interest of the city “that the private property and the public traveling upon the right of way be protected from damage to property and injury to person.”
The order allowed the city to “take such minimal steps as may be required to prevent damage to property and injury to persons.”
On Tuesday afternoon, the city had windows on the structures boarded up and had additional barricades set up in the area.
The city has blocked off the east half of the 500 block of West Gallatin Street and the south half of the 100 block of South Fifth Street, and the barricades will be in place, Gottman said, until issues with the building – including demolition – are resolved.
The city is still in the process of trying to determine who owns the buildings. At this point, the city has been unable to determine whether it is the property of the last person buying the buildings, the party from which that person was buying them or the financial institution holding the mortgage on them.
Also involved in clearing the property for demolition are all lien holders on the buildings. Parties named as defendents in the temporary court order include the U.S. government and Illinois Department of Revenue.
The possibility exists, Gottman said, that the city would have to pay for the demolition of the buildings and then seek reimbursement from the legal owner. 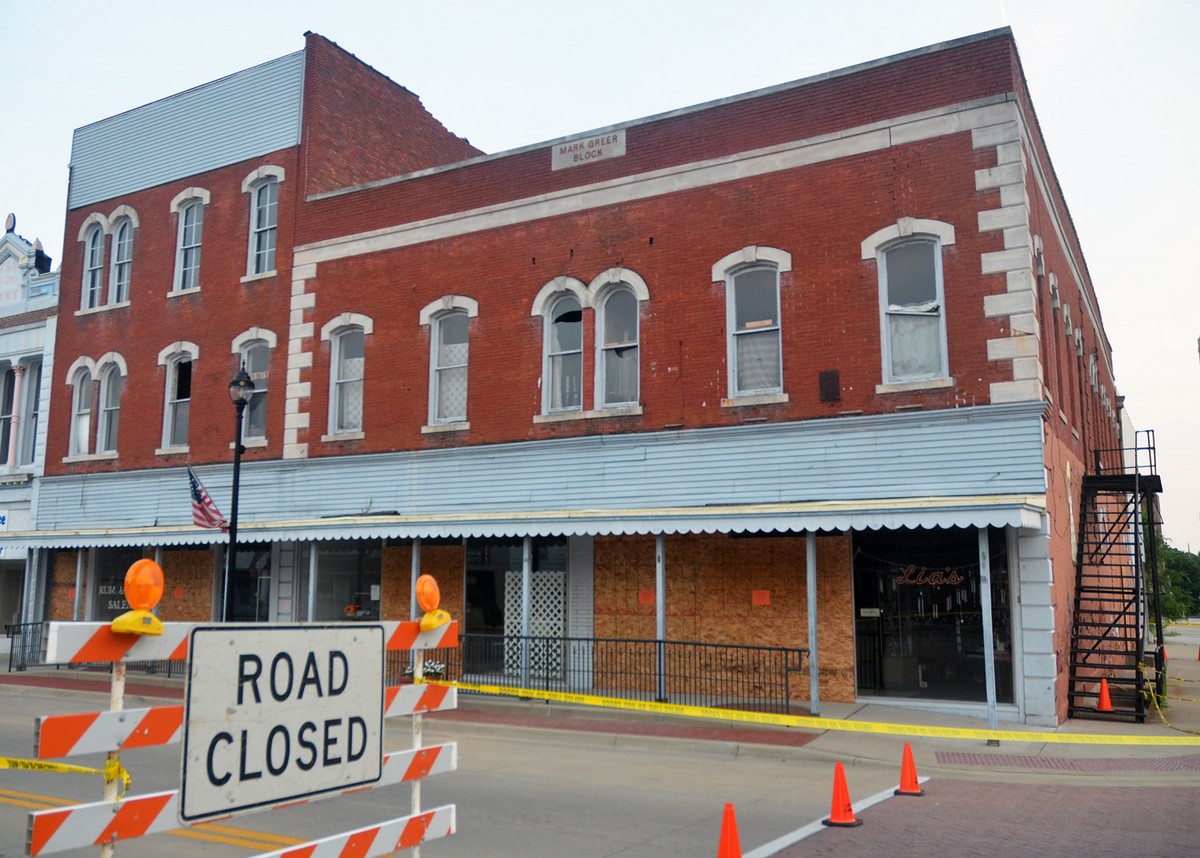 A structural engineer recommended on Tuesday afternoon that these three buildings in the 500 block of West Gallatin Street be demolished after the roofs on the two buildings in the left of the photo collapsed early that morning. 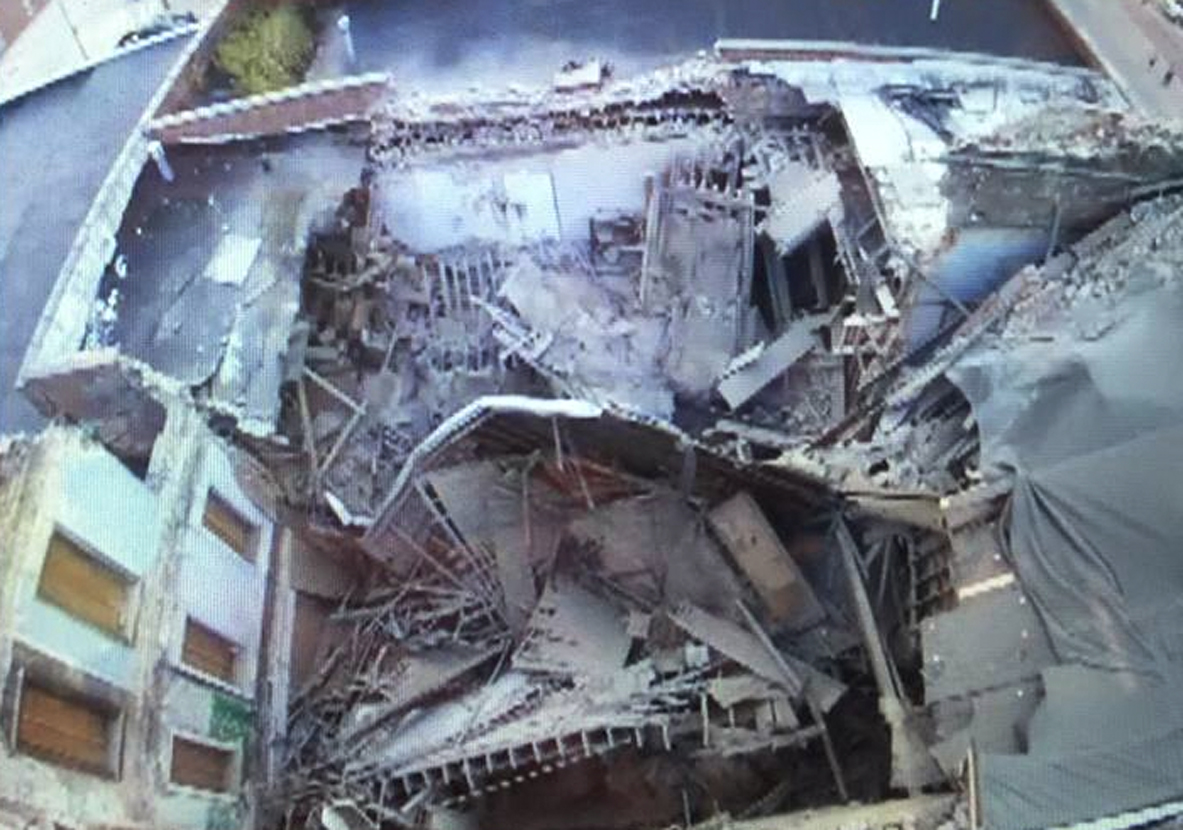 The Vandalia Volunteer Fire Department used its two ladder trucks early Tuesday morning to assess the damage to buildings at the northwest corner of Gallatin and Fifth streets. Kevin Jenne of the Fayette County Sheriff’s Office operates the department’s drone for an aerial inspection of buildings on Gallatin Street on Tuesday morning.