The subject of this column was suggested by an article from the September 24, 1936, issue of The Vandalia Union, where it was reported that Charles Higgins bought the lot on which the “Old Engine House” stood at Fifth and Main streets, with plans to tear it down and build a modern fireproof laundry building with a basement on the lot.

I have been building a file on Vandalia’s volunteer fire department for some time and learned that although the organization was officially established under Mayor John L. Rode on Oct. 18, 1889, and called “The Rode Company,” its beginning was 27 years earlier, in 1862.
On the evening of March 4, 1862, a blaze destroyed several buildings around the Public Square where the capitol building stands. Two days later, at the request of citizens, Vandalia’s Board of Trustees called a public meeting and the first attempt to organize a fire company took place.
From page 112 of the 1904 “Historical Souvenir of Vandalia, Illinois,” we learn, “Owing to the late destruction of wooden buildings and other property by fire, quite a number of citizens were in attendance upon the Board to discuss and have an ordinance passed, requiring all buildings hereafter to be erected around the public square to be of brick.”
The trustees, not wishing to pass any such “unreasonable and arbitrary law,” took no action.
What did come out of the meeting, however, was that Henry F. Jerauld, board president, was asked to procure three ladders: one 10 feet long, one 15 feet long and one 25 feet long; six good hooks with pikes; and 50 feet of one and one-half inch rope.
Back to the Souvenir history – “In those days, they used to fight fires with water buckets and axes. If a fire broke out, it was an unwritten law that every merchant in town would throw open his store and furnish all the ‘blue wooden pails’ he had, then a crowd would form from the nearest well or cistern and pass the buckets along the line to a fire. This saved many buildings from destruction.”
Vandalia had three “city wells.” One was near the old engine house at the corner of Main and Fifth Streets, one at the corner of Gallatin and Fourth streets (formerly the site of the Hotel Evans) and a third near the northwest corner of Gallatin and Fifth Streets.
The first fire equipment, in addition to the ladders, pikes and hose, was a hook and ladder wagon pulled to fires by the firemen. To fight a fire, the men used the old handle pump that got its water supply from cisterns, when there were any. Men would wheel the hose cart into place at a fire, and a big iron pump was manned to force water onto the flames.
When a fire was reported, the fire bell atop the firehouse would be rung, summoning volunteer firefighters.
The Old Engine House, built in 1876, stood unused for the most part after 1921, when the Chamber of Commerce and the city purchased Vandalia’s current city hall building from the William Sonnemann heirs. The old firehouse was torn town in October 1936 to make way for Higgins’ modern laundry.
The bell, cast in 1879 at the Buckeye Bell Foundry of Cincinnati, Ohio, which once warned Vandalia’s early volunteer firemen of fires has been placed in front of Vandalia’s firehouse, a reminder of the history of Vandalia’s volunteer fire department. 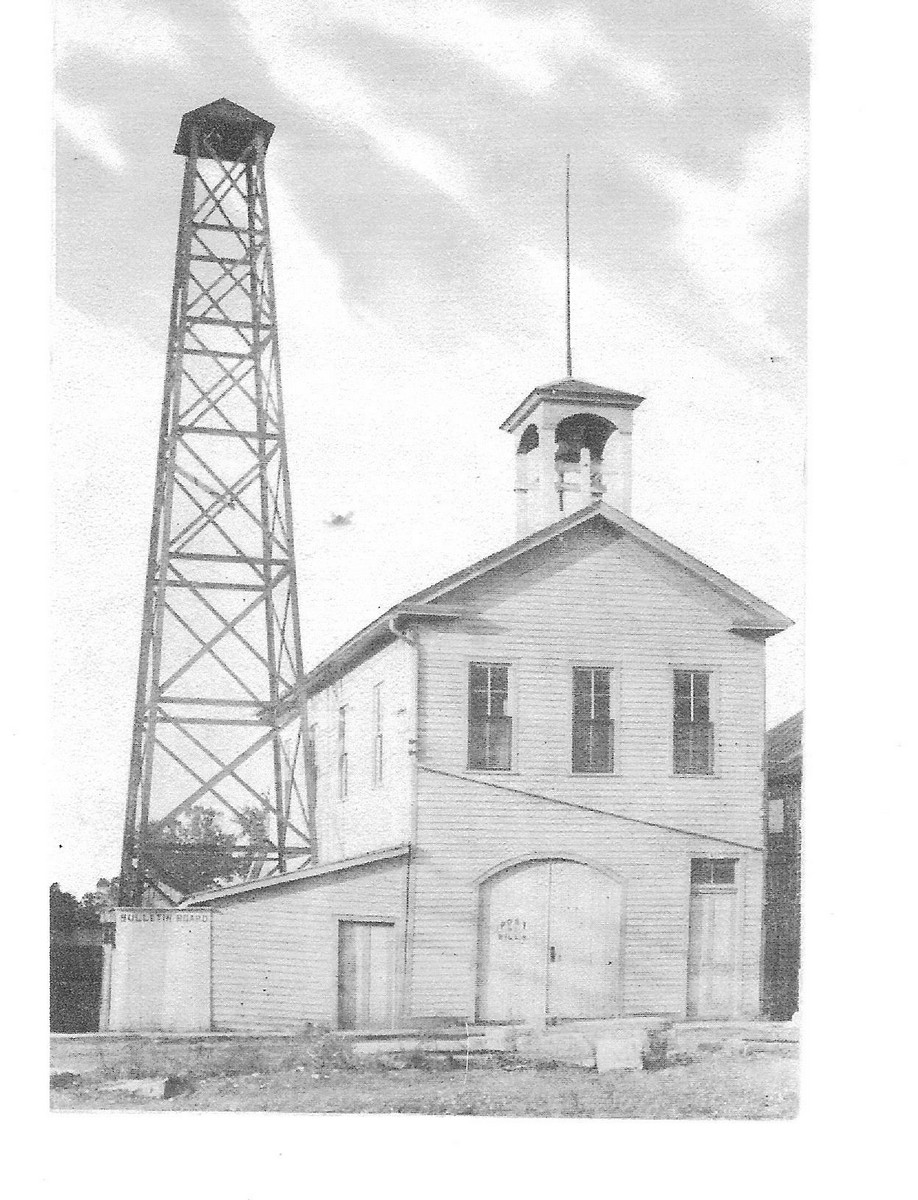