“The increased use of technology in our classrooms will ‘power up’ student success today, and for the future.”

That one sentence in a Vandalia School District policy that explains why the district is initiating a new technology program that school officials believe offers several benefits.The Vandalia School District approved at its June meeting a 1-to-1 program using Chromebooks that will get under way in the new school year .
That program, as presented to the school board, offers at least four school improvement benefits:
• Collaboration in the classroom using Google Apps.
• Teaching students digital citizenship.
• Preparing students for PARCC (Partnership for Assessment of Readiness for College and Careers) testing.
• Easing computer lab congestion.
The program is being introduced at Vandalia Community Hgih School in the coming school year, with teachers receiving and being trained with Chromebooks in the first semester, and VCHS freshmen and sophomores receiving and being trained with the portable computers in the second semester.
Julie Lay, who teaches computer and accounting classes, introduced the idea of using Chromebooks in district classrooms.
“At the end of last year, somebody asked me, ‘We’re buying a laptop cart; what do you think about a Chromebook?’” Lay said.
That spurred Lay to do some research on different types of laptop computers and how they could be best used in the classroom.
She ran across the use of Chromebooks with Google Apps, and found that it was a growing educational feature.
“I thought, ‘We need to get into this,’” said Lay, a VCHS alum who got a taste of technological advancements in education as one of the first students charged with updating the district’s website.
Then, in October, Lay went to a conference where a college classmate was giving a presentation on Google Education Apps. “She told me, ‘You really need to get into this,’” Lay said.
Lay and John Isringhausen, the district’s technology coordinator, attended a training session on Google Apps, “to see what it’s all about,” and the development of the 1-to-1 program for the district began with the formation of a 1-to-1 committee.
In addition to Lay and Isringhausen, serving on that committee are Vandalia Superintendent Rich Well, VCHS Assistant Principal Greta Krueger, Regional Superintendent of Schools Julie Wollerman, Vandalia Junior High School Assistant Principal Brian Holliday, technology/digital ethics teacher Joal Donaldson, and VCHS teachers Amber Connor and Marissa Dunn.
That committee has held six meetings, with the program also discussed during meetings of the high school staff, and committee members also looked to those already using Chromebooks.
Lay said that Wollerman explained the success with Chromebooks with Alternative Education students the past few years, and committee members went to see Google Apps in use at Pana Junior High School.
Student collaboration is a huge benefit, Lay said, because that’s a large part of common core standards, and use of Google Apps enhances that collaboration, she said.
Not only will the Apps improve collaboration between students, and teachers and students, but also among district personnel, Lay said.
Previously, the district had separate email, instant messaging and calendar program, and they were paying an email server host.
“You always had to have four or five programsopen at one time and check them all,” Lay said.
“The only cost we had with switching over to (Google Apps) was a new domain,” she said.
The Apps are allowing the district to set up new emails for district personnel and for all students who will be part of the 1-to-1 program. The student emails are controlled by the district.
The district is kicking off the 1-to-1 program with incoming freshmen and sophomores, after initially thinking about going solely with freshmen.
“Most pilot programs are one class, but when you get to your freshman year, you may have only one or two classes that are just freshmen,” Lay said. “The rest are mixed (with sophomores).”
Though the committee hasn’t finalized a long-range plan, Lay said, there is hope to take 1-to-1 “down to at least fourth grade.”
There were discussions about initial work on the program at the junior high and elementary schools, she said, “but with all of the movement (this year), with many of the teachers moving around and switching classrooms, we didn’t want to put this on them, too.”
Training on Chromebooks will begin for VCHS teachers in a little more than a month, with school improvement days being used to help teachers prepare lessons.
Prior to the start of the new school year, district staff will hold an orientation session for students and their parents. “Parents must sign off on this,” Lay said. More sessions will likely be held during the first semester.
Starting in January, freshmen and sophomore students will get their Chromebooks and undergo training during enrichment (homeroom) classes.
The use of Chromebooks and Google Apps in the classroom is just the next step in using technology in the schools, Lay said.
“So many teachers are already using technology in their classrooms every day,” she said. “Why not give them more help with that?”
“Once you figure out just one thing with this, you’re sold on it,” Lay said. “Then you begin seeing all that you can do with it.
“ 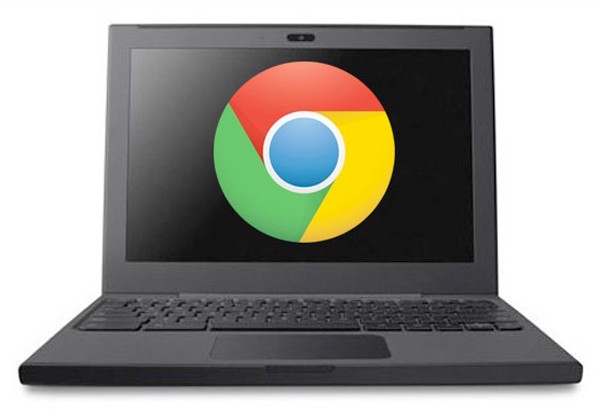 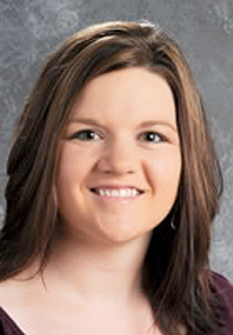