If you were anywhere around Vandalia this past weekend, the thunder from the storms wasn’t the only loud noise you heard. You also heard the sound of 130 motorcycles as the Law Dogs LE/MC held its National Rally here last Thursday, Friday and Saturday at America’s Best Value Inn.

It started with an early bird ride to Moonshine on Tuesday for those who came to town a few days early, as well as a stop at the Covered Bridge in Teutopolis. On Wednesday night, the group enjoyed wing night at The Copper Penny.
There were 175 members and 35 guests in attendance from all over the United States.
The rain may have put a damper on the ride which had been planned for Friday, but everyone made the best of the crazy Illinois weather and still had an amazing time visiting Vandalia, thanks to the hospitality and friendliness of the local businesses and residents.
The comment was made on more than one occasion of how friendly everyone in the community was any time any of the members were out and about, which the South Central Illinois chapter who hosted the event, really appreciates.
Luckily, the weather cooperated on Saturday, allowing Law Dogs Nation to enjoy lunch, provided by the Vandals Sports Boosters on the Vandalia Statehouse lawn, and then a ride across the Carlyle Lake dam. The festivities ended on Saturday night with a meal at Los Amigos.
This year’s National Rally represented Law Dogs Nation’s 15th anniversary, as well as the local chapter’s 10th anniversary, which made it even more special for the South Central Illinois Law Dogs to be able to host the event right here in their home town.
“We are honored to have the support of the community and we can’t thank everyone enough for the hospitality and support which was shown to the extended LE/MC family during the event,” local chapter officials said
”It truly makes us all proud to be able to say that we are from a small town as great as Vandalia.’ 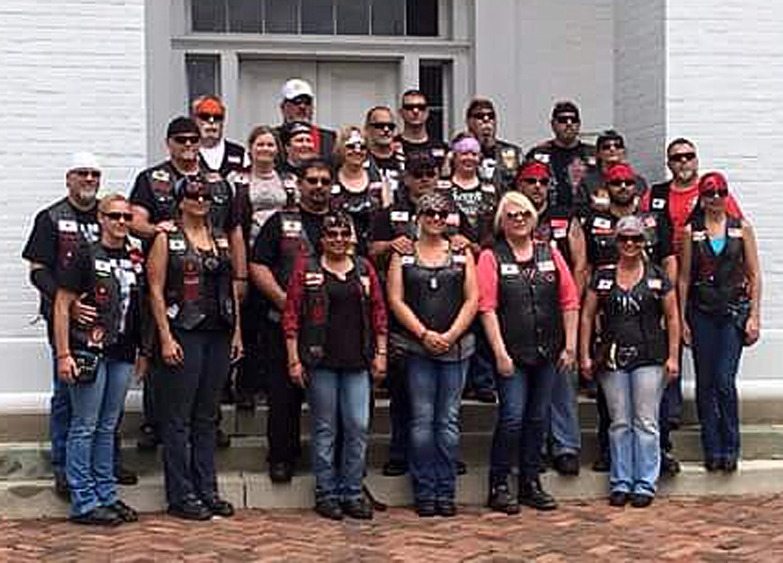 Submitted Photos Members of the South Central Illinois Law Dogs Chapter are photographed on the steps of the Vandalia Statehouse during their national rally on Saturday afternoon. 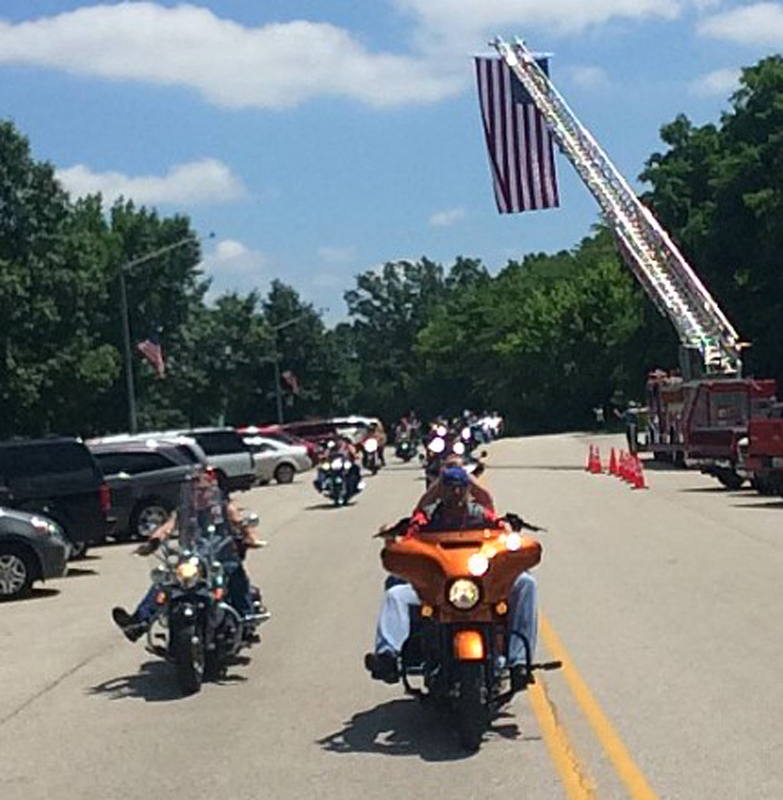 Law Dogs rode over the Carlyle Lake dam on Saturday.

Members of the Law Dogs who were in Vandalia for their national rally are pictured on the steps of the Vandalia Statehouse.

Motorcycles lined both sides of Gallatin Street downtown on Saturday as the Law Dogs held their national rally in Vandalia. Members of the organization from many states were in town Thursday through Saturday.