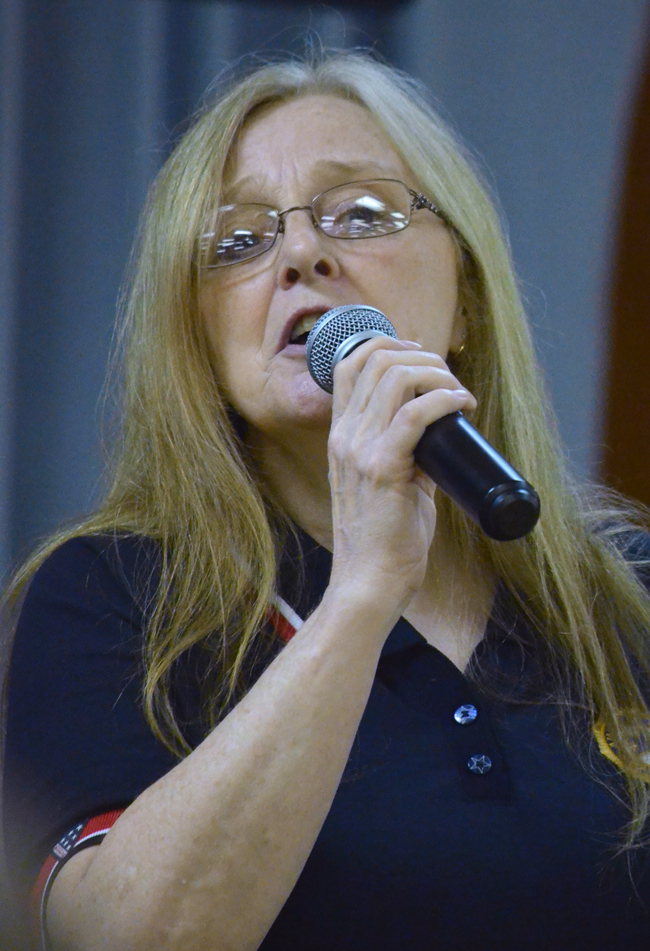 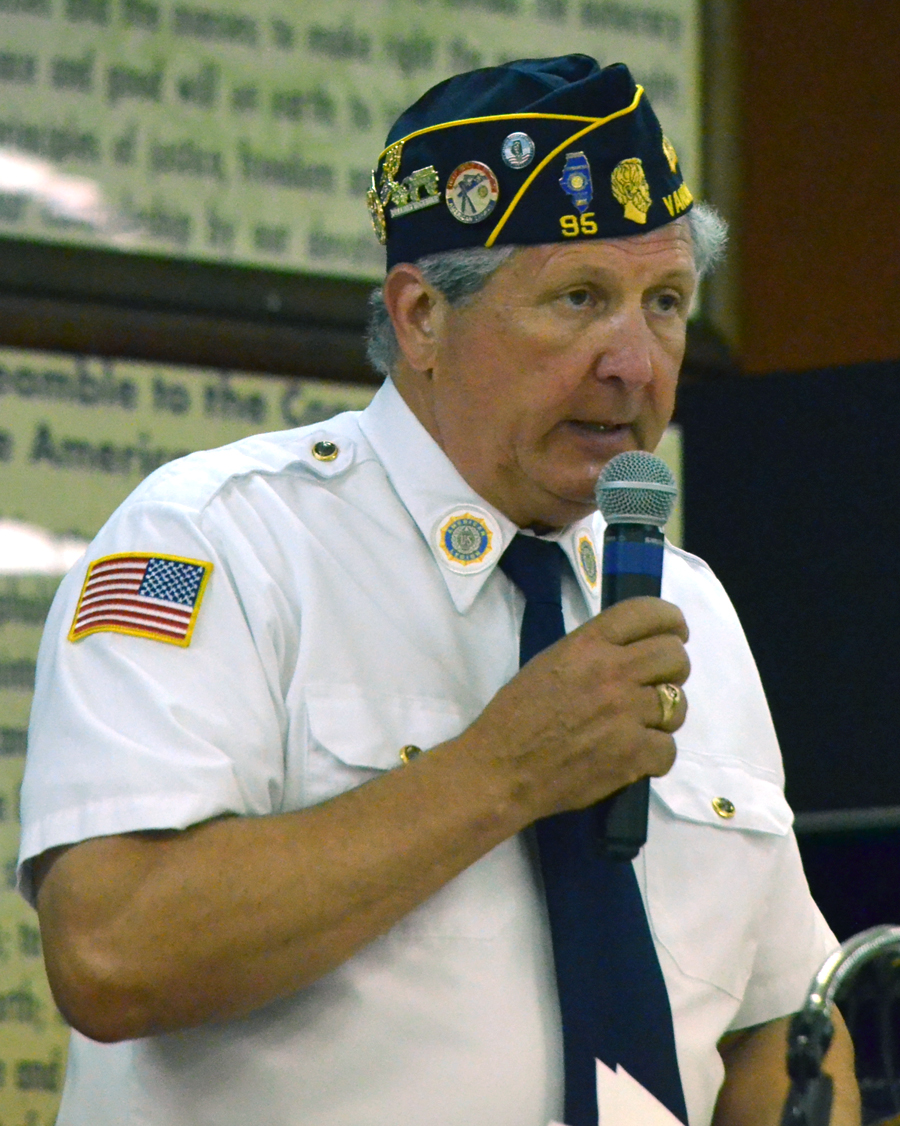 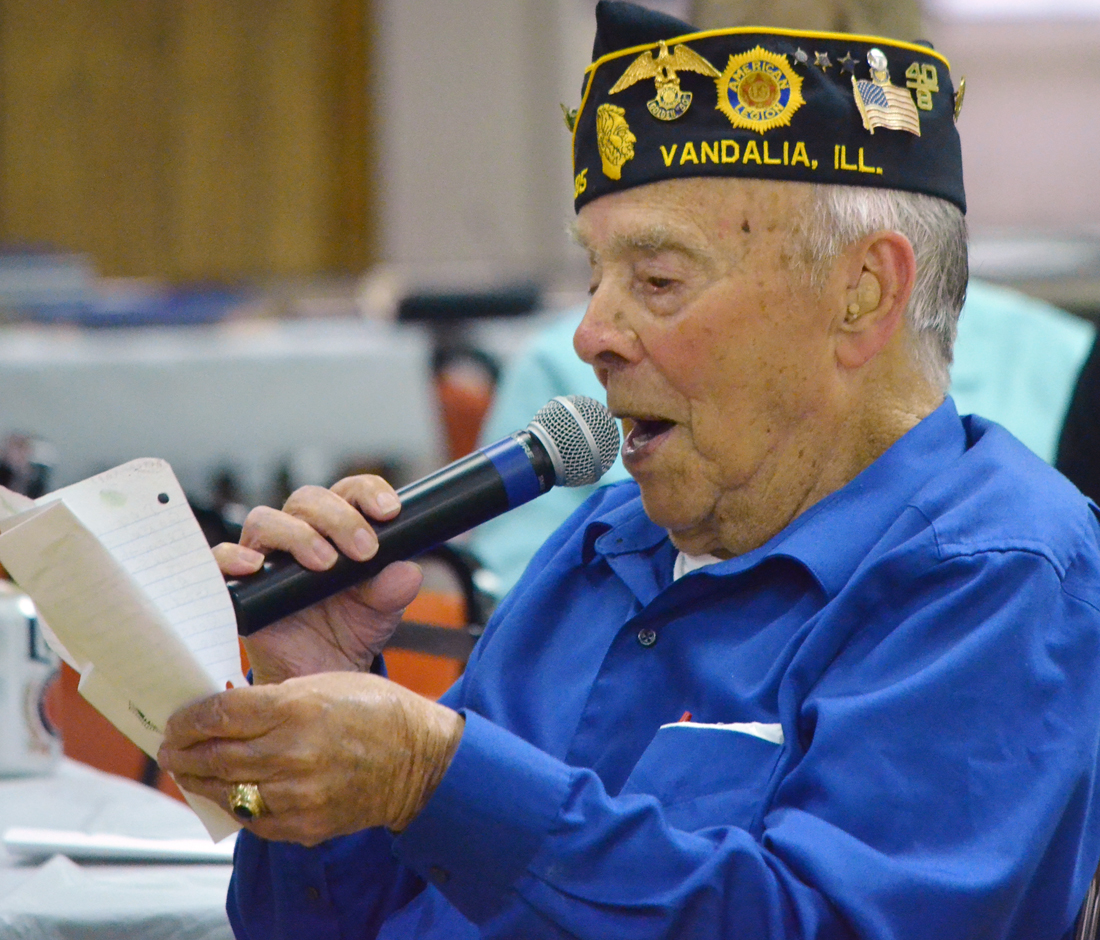 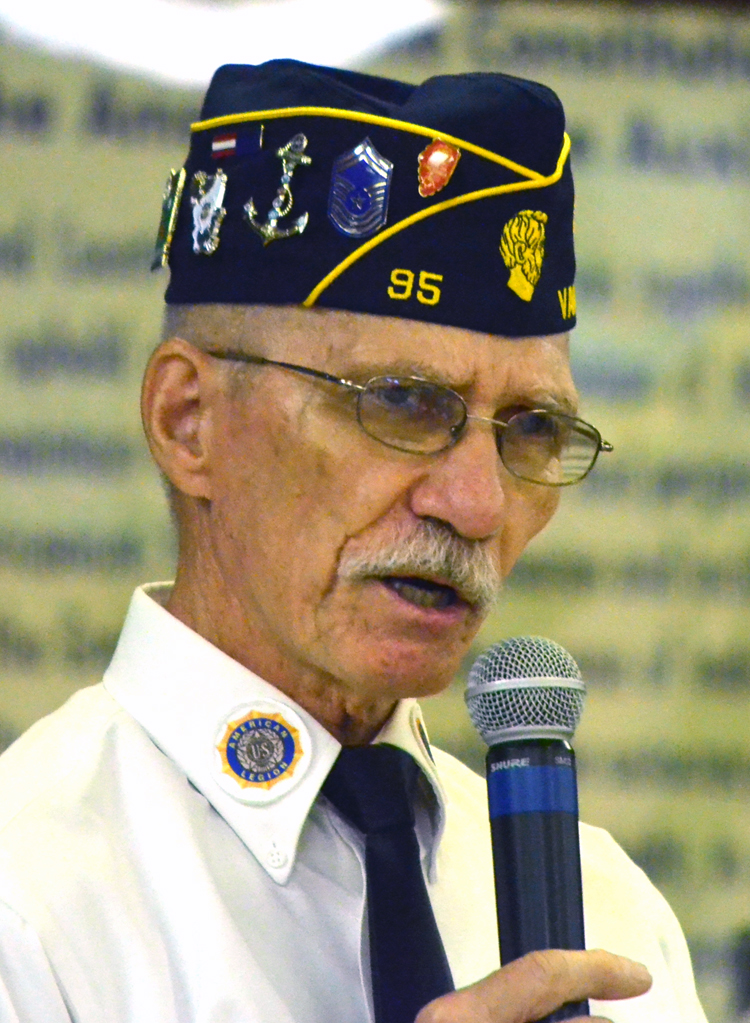 Post 95 Adjutant James Harrison reads ‘I Am Your Flag.’ 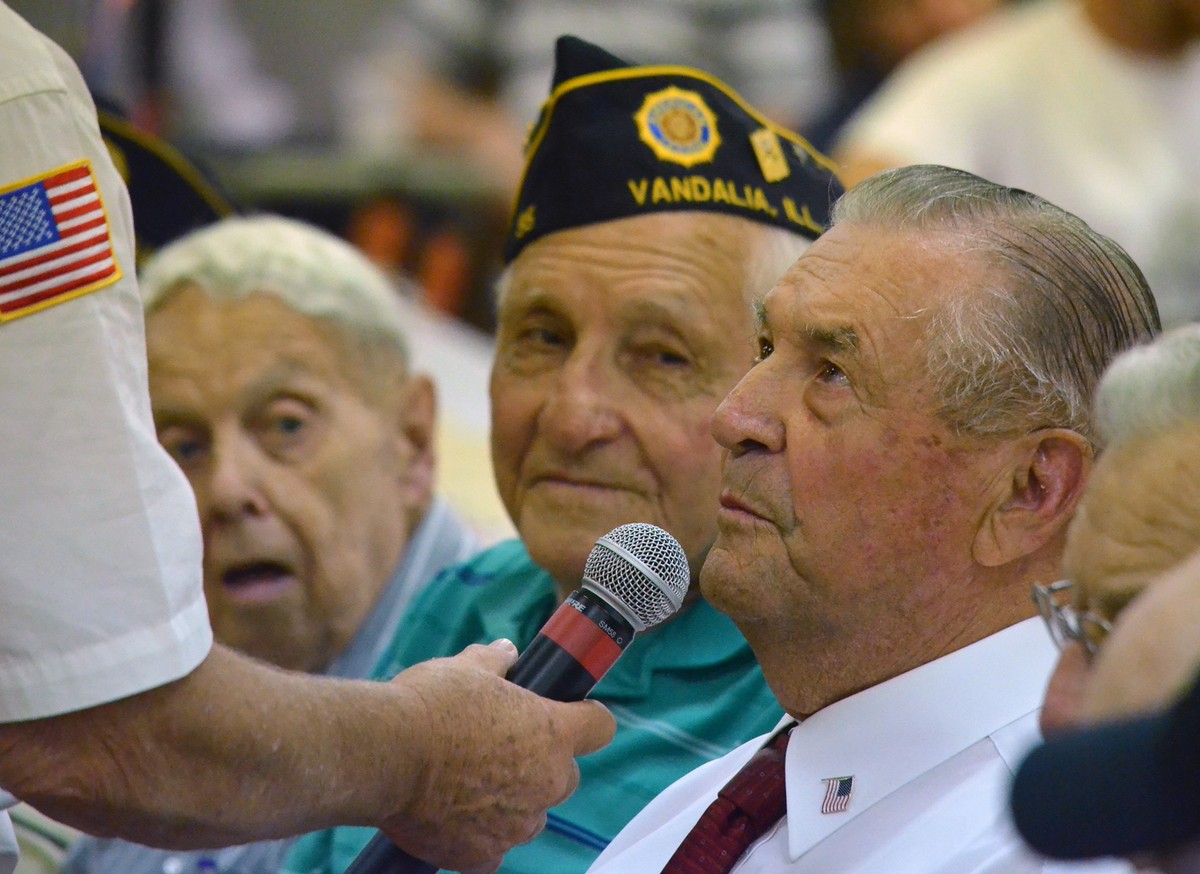 George Meseke of Post 95 interviewed the 13 World War II veterans who were present for the Flag Day program. Above, he talks to Dwight Hagy, right, as Carlos Biellier, center, and Wayne Hale look on. 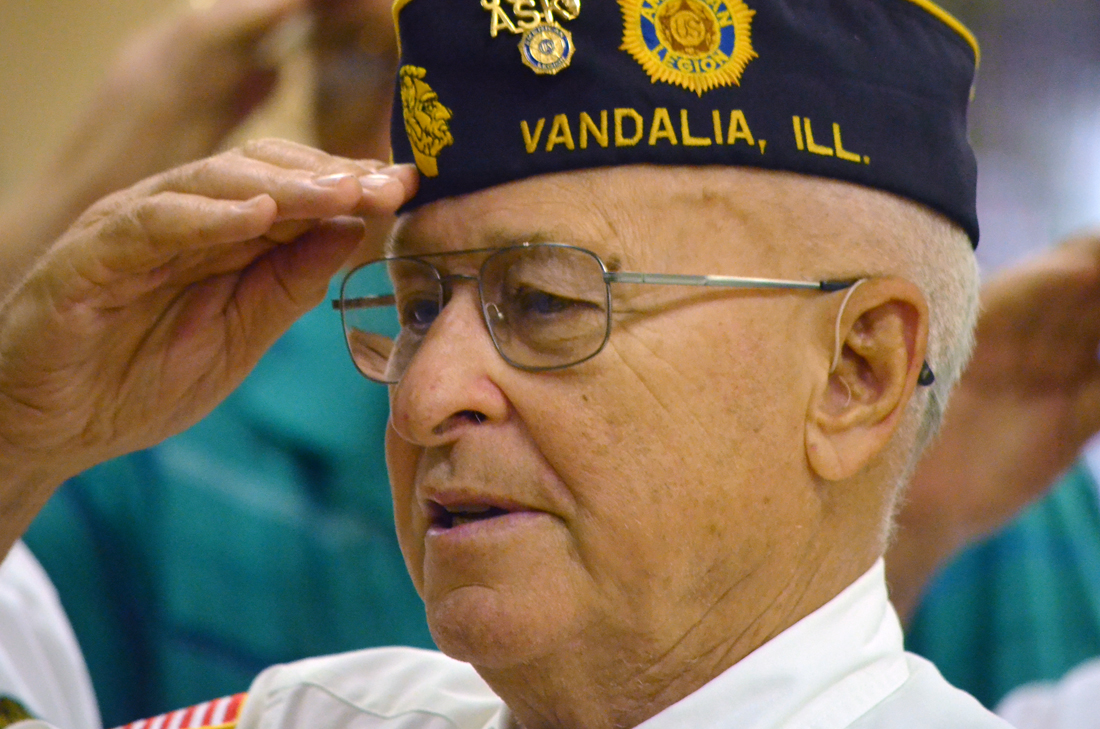 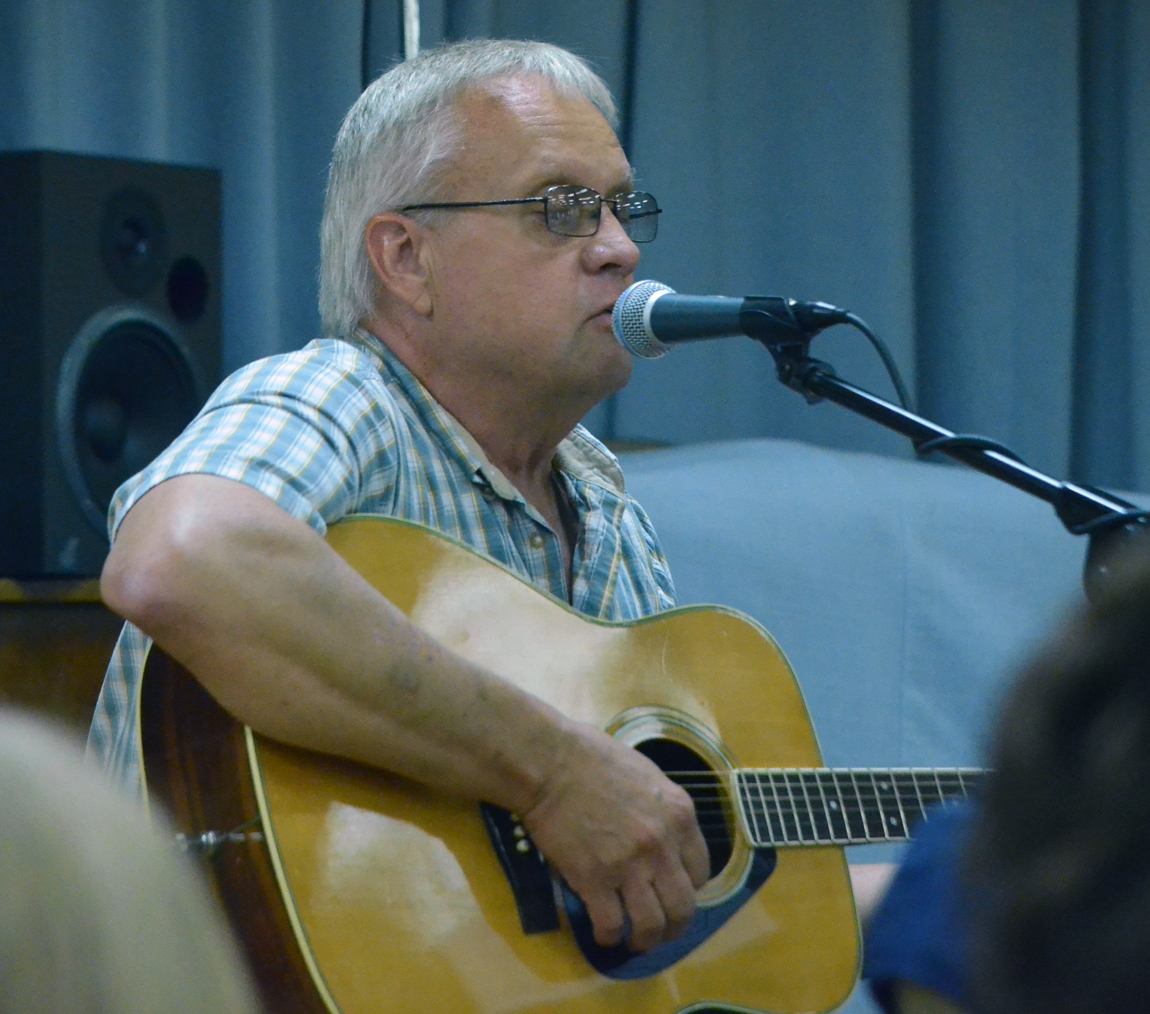 Local musician Ed Taylor Jr. sings one of two songs that he performed during Sunday’s program.