It has been several months since Scott Bunyard telephoned me to tell me of the existence of the Samuel Bunyard family Bible. An inscription on the inside of the hand-tooled leather cover bore his name and the date, Feb. 17, 1866, both written in a stylistic script.

Not only was Samuel’s name written here, but the family pages in the center of the Bible had also been filled in with births, deaths and marriages of his family.
Plans were made for me to have an opportunity to see the Bible, which had been entrusted to Scott some years before.
Scott also told me that his aunt would be visiting from Florida in the summer, and she, among others, would like to see the Bible before he donated it to the Fayette County Museum.
This past Thursday, along with Steve Durbin, president of the Museum Board, I met Scott, his father Paul, aunt Phyllis Combs and uncle Phil Bunyard at the museum, where the Bible found a new home.
Entries in the Bible begin with the birth of Samuel (Oct. 4, 1819) along with that of his first wife, Mary Miles Bunyard (May 2, 1816). She died in 1833 after bearing him five children – Harriet, Joseph, Levi, Ellenor and Mary – only two living to adulthood.
His second wife was Mary Thompson, whom he married in 1855. Before her death 10 years later ,she bore him four children: Richard, Jane, Samuel and John. John Bunyard married Nellie Causey, and their son, Roy, is Scott Bunyard’s grandfather.
There was a third marriage, and a daughter, Isabella, but according to family lore, this wife left him and the entry where her name was listed has been successfully scratched out.
The Bible appears to be a “presentation” Bible, one given to Samuel as a gift. The date inscribed inside the cover is one week following the death of his son, Samuel Bunyard Jr. This may be a coincidence, but his is the last death recorded in the family pages in fancy script.
Samuel’s parents, Larkin and Isabel Jones Bunyard, were part of the Jeremiah Evans’ wagon train from Washington County, Va., that settled in Bear Grove Township before 1820. Jeremiah and Mary Larimer Evans are counted among the earliest settlers in Bear Grove Township.
Jeremiah’s son, John, was married to the Bunyard’s daughter, Nancy, and they had three children – Betsey, James and Jeremiah – at the time of their journey to the Illinois lands. Ruth Evans, the Evanses’ daughter, was the wife of John Denton, and they were also part of the group. The Dentons chose land in Sharon Township on which to make their home.
Evans Cemetery in Section 25 of Bear Grove Township was established around the grave of Mary Evans, who died on Feb. 17, 1824. Her daughter-in-law, Nancy Bunyard Evans, followed her two years later. Also, by that time, Larkin Bunyard was dead.
Although Mary’s and Nancy’s graves are marked with tombstones, there is none for Larkin in the Evans Cemetery. Following his death, Larkin’s wife, Isabella, purchased land and included her three sons – Samuel, James and Larkin B. – in the deed. Isabella married a second time to Harrison Thompson in 1830, and she, too, is buried in the Evans Cemetery.
The Bunyard family can be traced back to Maidstone, Kent County, England, and James and Jane Burchfield Bunyard. Their son, James Beal Bunyard, was baptized on Dec. 5, 1744, at St. Boltolph, Bishopsgate, London, and is the ancestor of the Fayette County Bunyard family.
James was living in Surry County, N.C., in 1774 with his wife, Hannah; however, we do not have the exact year of their arrival in America. We also do not have information about his service during the Revolution ,although he probably served in some capacity – most able-bodied men did.
James and Hannah were parents of eight children: William, Ephraim, Larkin, John, James, Samuel, Nancy and Betsy. Several of the sons settled in Ohio and Indiana; however, only Larkin and Nancy came to Illinois.
When James wrote his will on Aug. 14, 1814, he was living in Ashe County, N.C. His widow was to have his farm, tools, stock and the Negro woman, Ammy, during her widowhood. She was to keep a “sugar camp” for her use as long as she lived, and Larkin was “to have part of the sugar camp land for his use and dispose of as he thinks proper.”
For nearly 200 years, the roots of the Bunyard family have grown deep in the soil of Fayette County.
Although Larkin Bunyard did not live long after coming to the county, his three sons all married and had families, and it is their descendants who proudly carry on the family name. 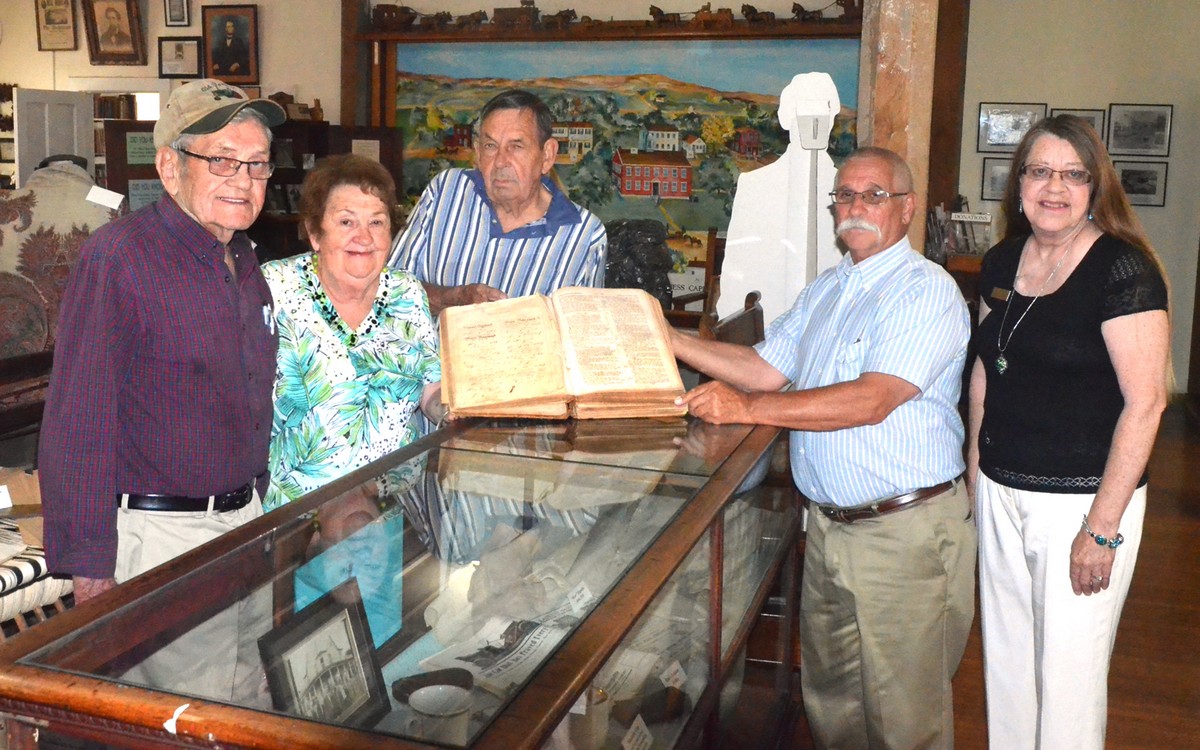