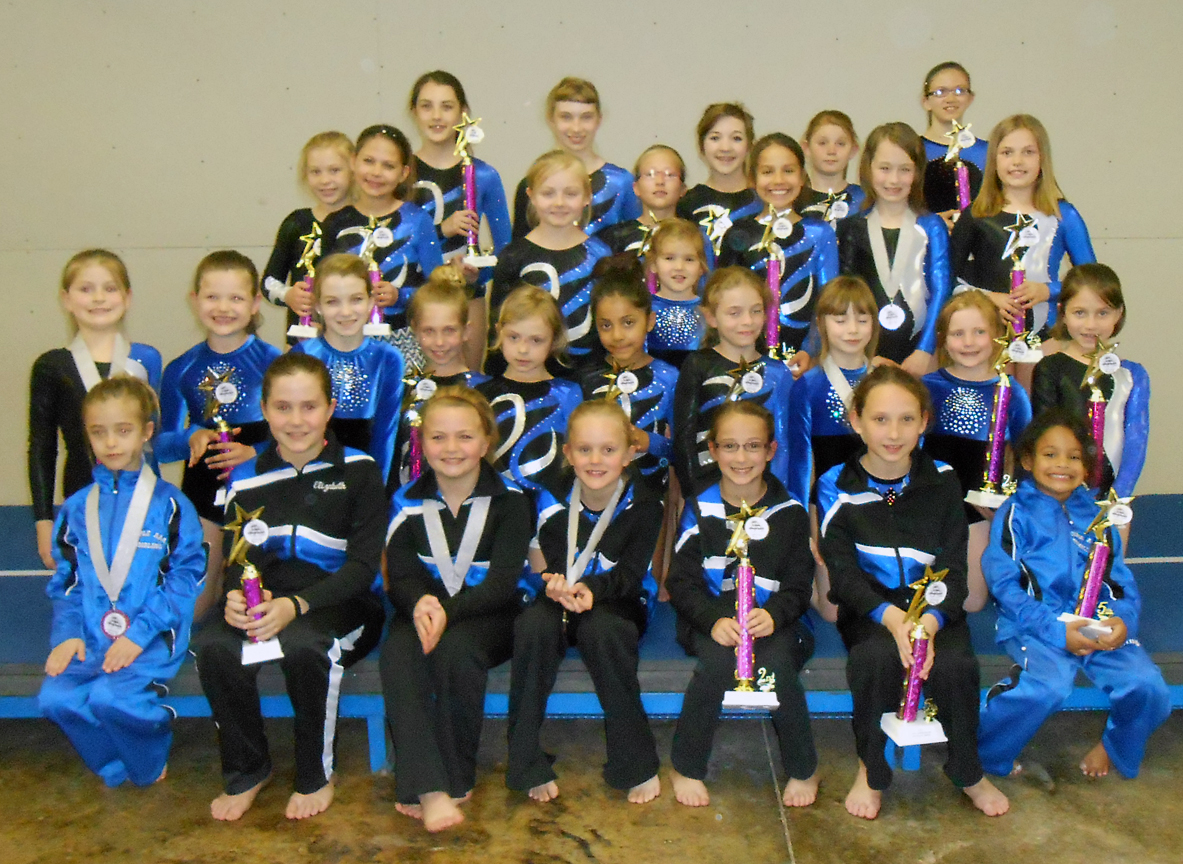 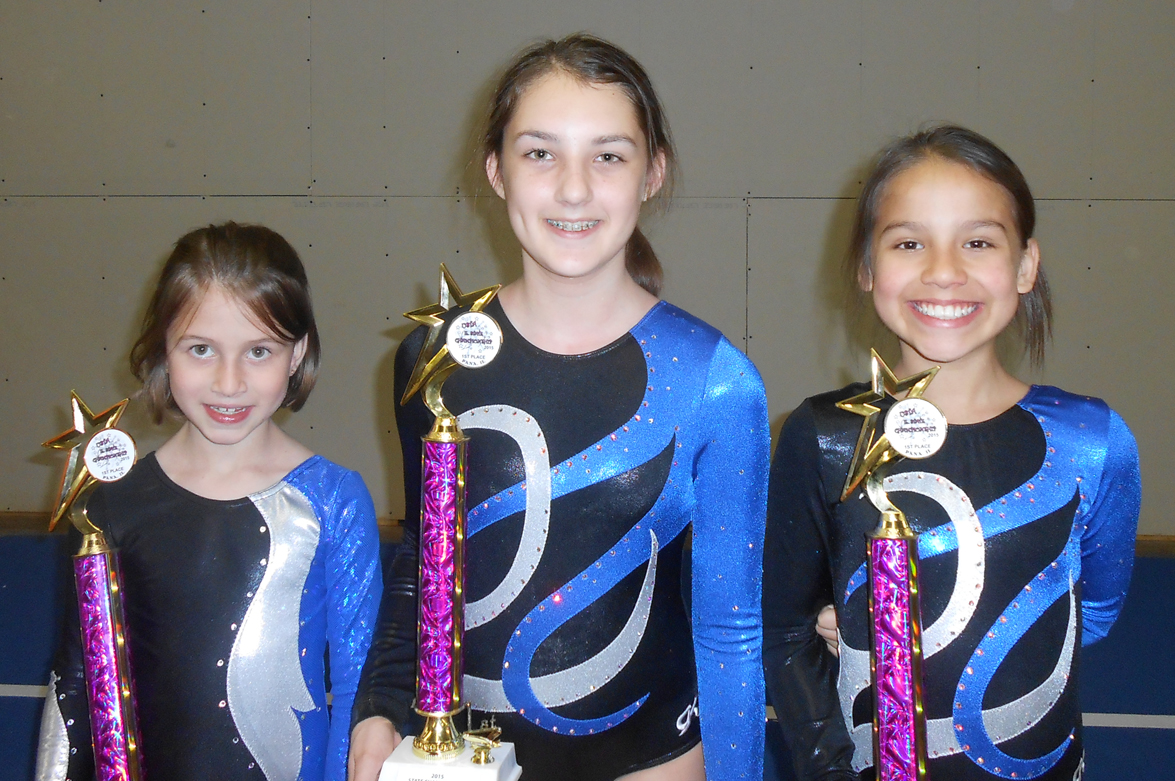 Members of the Triple A Tumbling Team in Vandalia who captured state championships at Pana this spring are shown at right. From left are: Jenni Mezo, age